Despite being a highly urbanised country, Singapore is also home to many nature trails that allow residents to reconnect with Mother Nature.

If you’ve already explored most that Singapore has to offer, then here’s a new one that may soon check out.

On Thursday (5 Aug), NParks shared photos of the upcoming Old Jurong Line Nature Trail which runs along an abandoned railway track that dates back to the 60s. 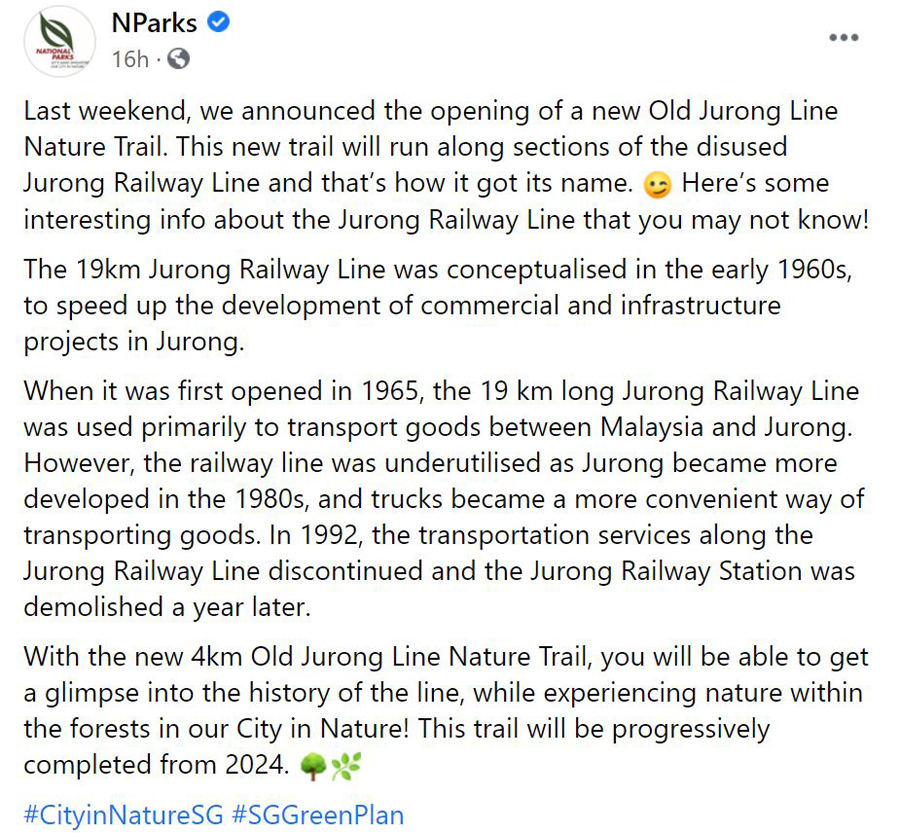 The 19km Jurong Line was used to transport goods between Malaysia and Jurong in the early 1960s. Over the years, trucks proved to be a more convenient means of transportation and the railway line became underutilized since the 1980s.

Though many of us would not have seen the track in operation, the Old Jurong Line Nature Trail, slated to complete from 2024, will allow residents to enjoy the charm of the old-school tracks. 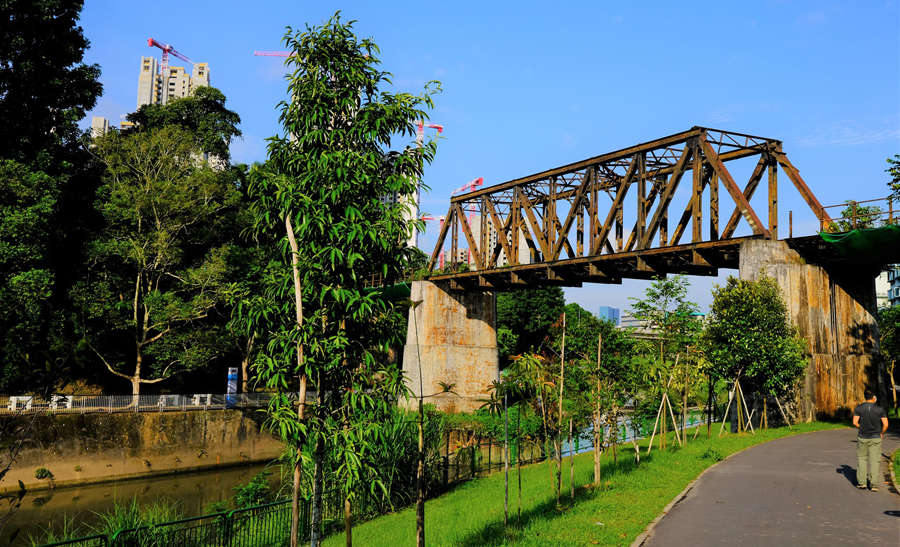 The 4km trail will also allow visitors to enjoy the historical structures without impacting the natural habitats nearby.

Additionally, visitors can explore dark tunnels as part of the new trail, which reminds us of the ‘Samdocheon’ tunnel from the K-drama ‘Hotel del Luna’. 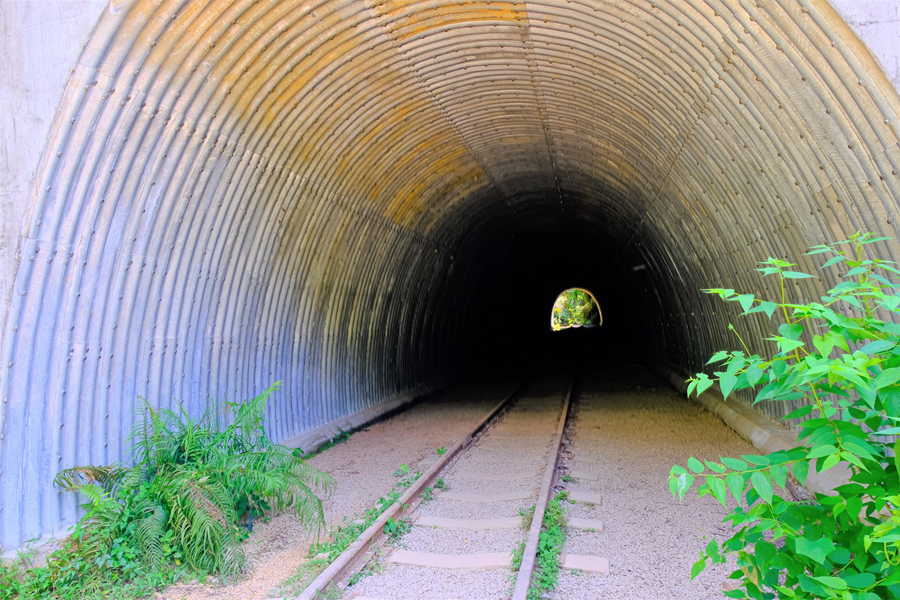 Will run through Clementi Forest

The nature trail will run through Clementi Forest so eagle-eyed hikers may even spot rare and endangered species along their journeys. 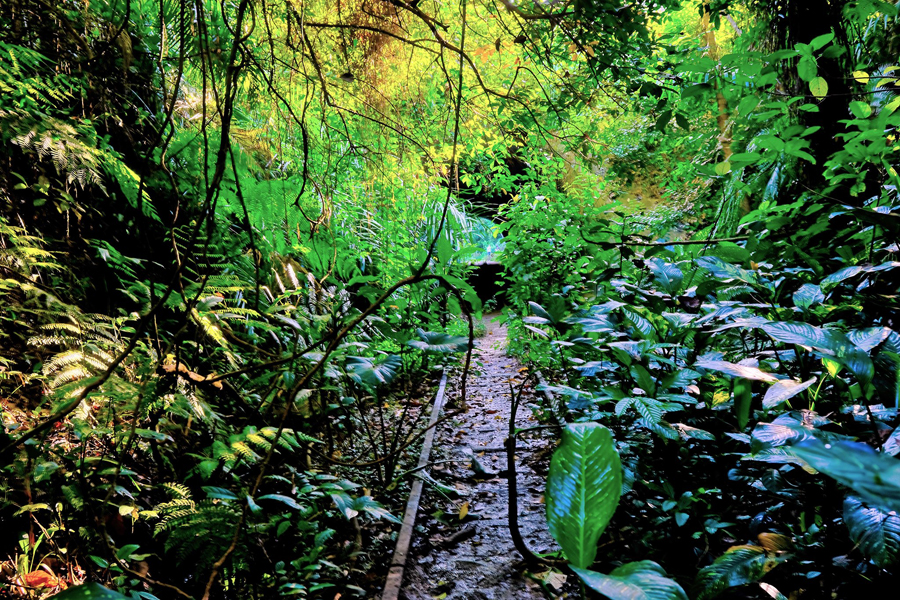 The Old Jurong Line is part of 2 new nature trails in Clementi forest.

In the coming years, Hikers in the vicinity can roam the Jurong Town Hall Park Connector, which links the Rail Corridor to Jurong Lake Gardens.

Museums and galleries feature historical photos and memorabilia that can take us back in time. But if you want a more interactive experience, exploring old-fashioned bridges, tracks, and tunnels will definitely be a unique learning experience.

Perhaps the new pocket of wilderness may even surprise us with rare wildlife sightings and unusual discoveries in the years to come.