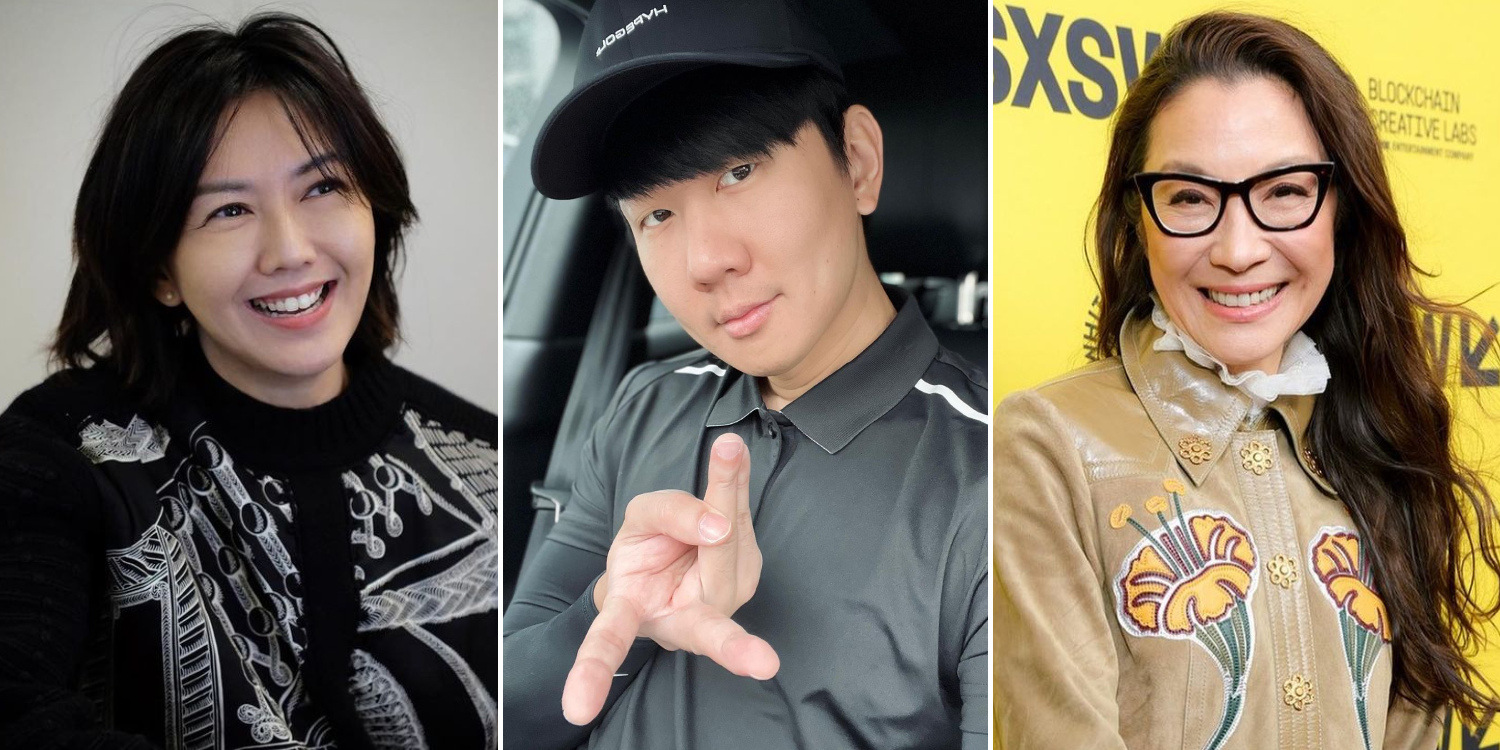 Stefanie Sun and Malaysian actress Michelle Yeoh are on the list too.

The ‘One China’ policy has been thrust into the spotlight recently, largely thanks to US House Speaker Nancy Pelosi’s controversial visit to Taiwan.

Things are so tense that Taiwanese singer Hebe Tien even got into trouble for sharing a photo of herself eating pasta. Chinese nationalists somehow interpreted the innocuous food shot as a subtle show of support for Pelosi’s visit, but that’s a whole other can of worms.

The list even included non-Chinese nationals, such as Singaporeans JJ Lin and Stefanie Sun.

On Tuesday (2 Aug), Pelosi arrived in Taipei despite protests and warnings from China, who interpreted it as disrespecting their claim to Taiwan.

That same day, Chinese state broadcaster CCTV took to Weibo to declare that “there is only one China in the world”. Many celebrities, even some from Taiwan and Hong Kong, reposted the image on their accounts to show their support.

Those who did not were subsequently named and shamed in a netizen’s very comprehensive list the next day (3 Aug). 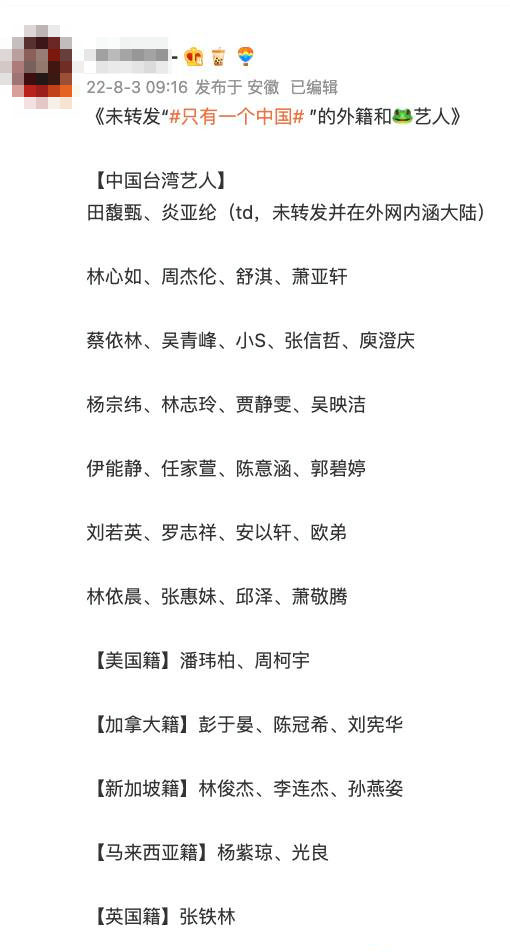 Aside from calling out Taiwanese stars like Jay Chou and Jolin Tsai, the user also mentioned those from Singapore, Malaysia, Canada, the US, and the UK.

The Singaporeans on the list are JJ Lin and Stefanie Sun, as well as Jet Li, who was born in China but now holds Singapore citizenship.

Malaysians were not spared either, with Ipoh natives Michelle Yeoh and Guang Liang being featured too.

According to Yahoo News Singapore, the blogger has since deleted the list — but not before it generated lots of intense debates.

While many netizens agreed that it’s right to criticise celebs who don’t support the ‘One China’ policy, others think it’s unnecessary for foreign stars to do such a thing, 8 DAYS reports.

When the news made its way to the Singapore Subreddit, Redditors questioned why it was necessary to involve Singaporeans and Malaysians.

One user thought it didn’t make sense to involve them in China and Taiwan’s affairs.

When someone asked how this concerned Malaysians or Singaporeans, another explained that from a Chinese nationalist’s perspective, celebrities who make money from China must explicitly show support for the country’s policies and stances.

In other words, silence is absolutely not golden in this case.

A controversial topic no matter what

In the realm of politics, there is truly no way to please everyone.

If these celebs had voiced their support for ‘One China’, this would’ve appeased Chinese nationalists while angering others. At the end of the day, they’re damned if they do, and damned if they don’t.

Do you think it’s appropriate for celebrities to voice their support for such political issues? Let us know in the comments below.