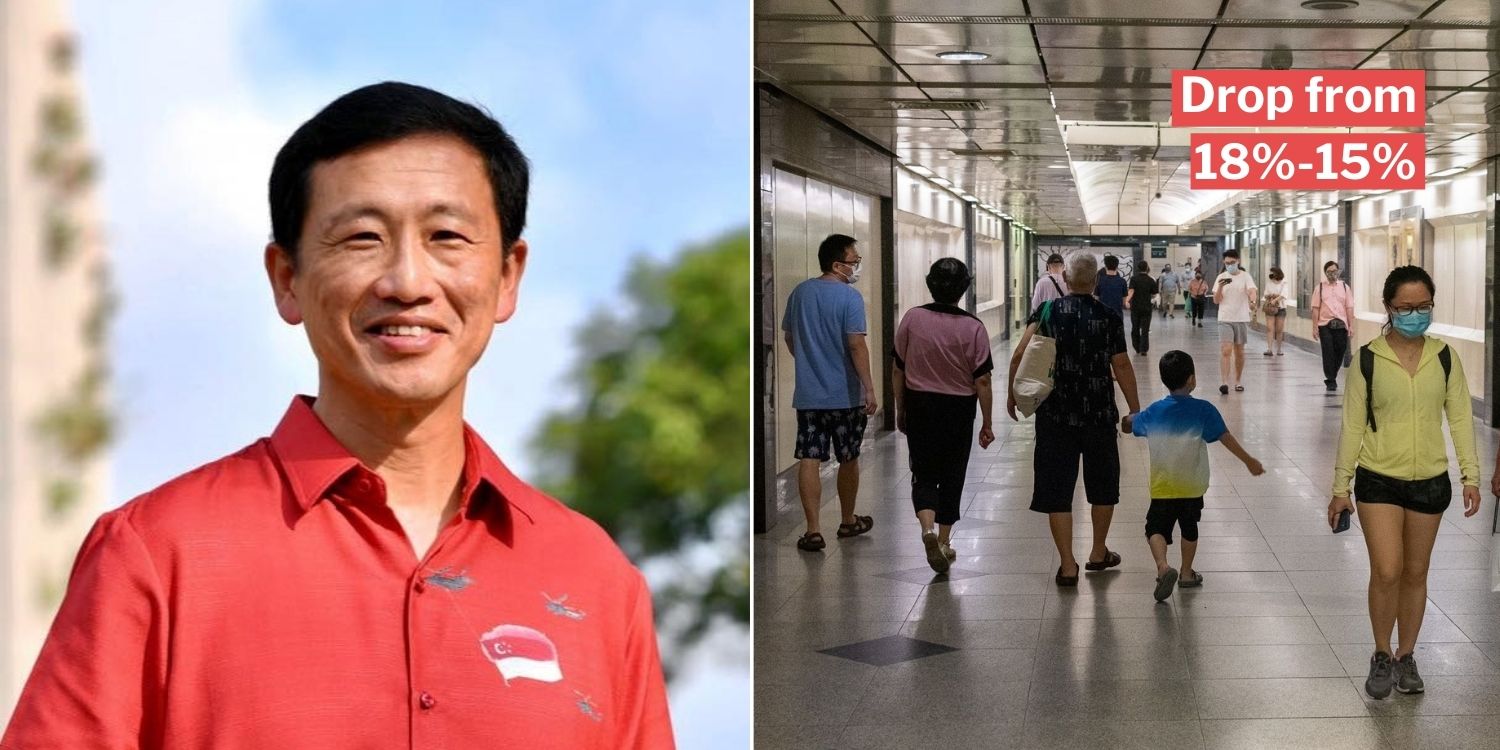 Singapore has been under tightened restrictions since 16 May, due to a resurgence in Covid-19 community cases.

It’s been 3 weeks already, and Singaporeans are probably curious to know if the pain has been worth it.

To that end, Health Minister Ong Ye Kung has given us the news that we’ve been waiting for: Singapore’s heading in the right direction. 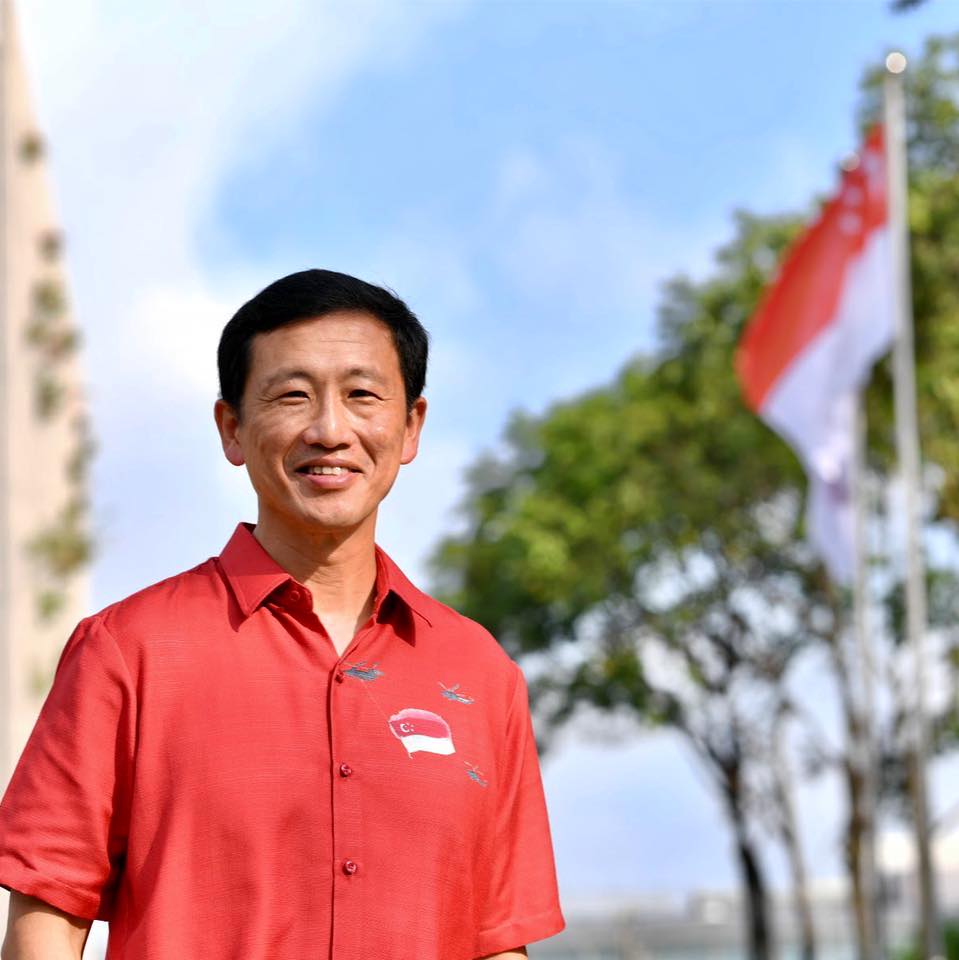 The percentage of unlinked cases this week has fallen since the week before, he said, showing a definite improvement in the situation.

He compared the last 7 days of infection figures with that of the week before, and they’ve dropped across the board.

Most encouraging, the minister said, is the fact that the percentage of unlinked cases has dropped from 18% to 15%.

Infection figures can be broken down into 3 parts

A week ago, on 31 May, Mr Ong spoke about the infection figures at a press conference of the Multi-Ministry Task Force. 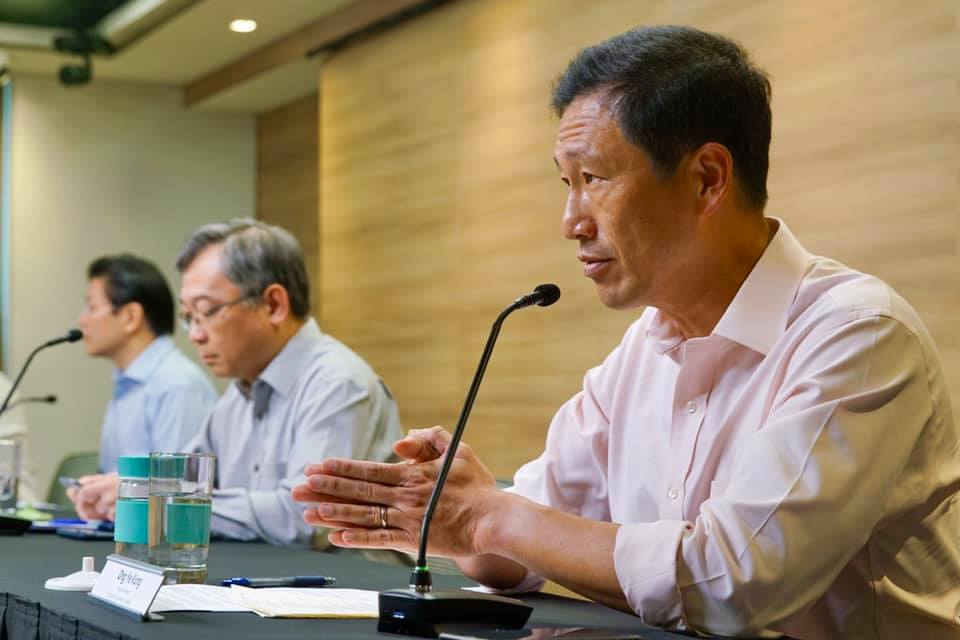 While most would just look at the total number of cases, to see the trend it’s useful to break them down into 3 parts:

(1) is probably the “safest” kind of infection, as there’s little chance of it spreading to the community.

(3) is however the most worrying, Mr Ong said. That’s probably because it means the virus is still lurking around the community, infecting people, as we don’t know where the unlinked case got infected.

A handwritten chart posted by Mr Ong illustrated the week-to-week trend of infections since Phase 2 (Heightened Alert) started on 16 May.

And the results are encouraging indeed. 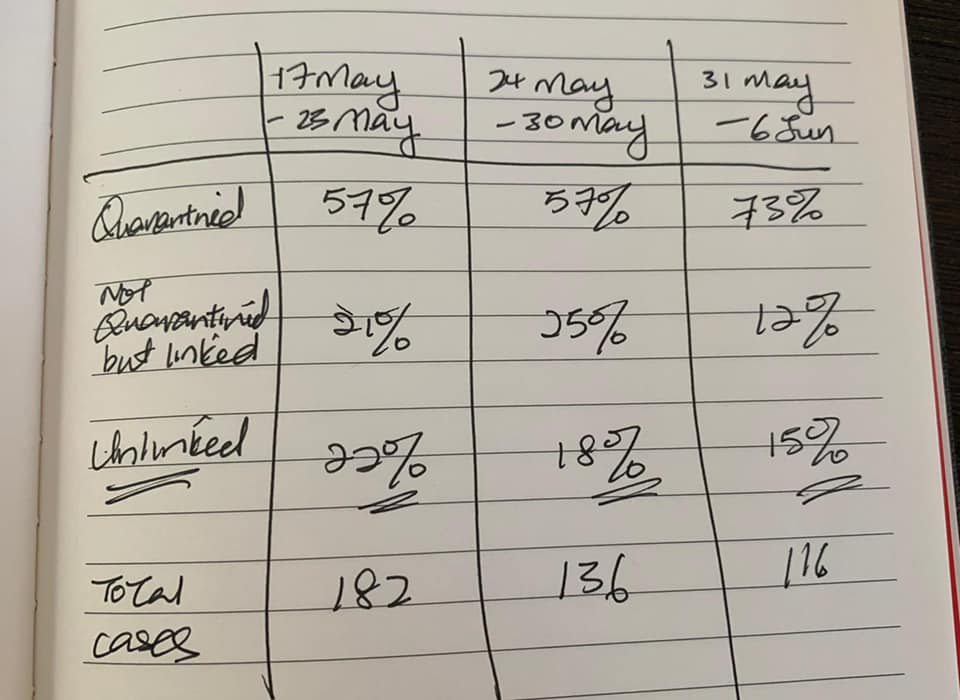 Mr Ong explained why that’s good news: That means a bigger portion of the cases detected had very little chance of going around and infecting others.

The minister was happiest to see the trend in the 3rd kind of cases.

That also means that while the virus is still circulating in the community, it’s not as rampant as 3 weeks before. Measures seemed to be working since Week 1

To be sure, there was an indication that the measures were working even at the end of Week 1.

On 22 May, Mr Ong said that because of the tighter measures, Covid-19 infections had not spiked but rather had stabilised.

This was in contrast to the situation in other countries that had no precautions – cases would double every week.

On Vesak Day (26 May), Finance Minister Lawrence Wong posted on Instagram that “our combined efforts are working”. During the press conference on 31 May, Mr Wong again said that the tightened measures were working. However, it was not time to relax yet.

Best results yet in end of Week 3

Towards the end of Week 3, we saw our best results yet. Community cases went down to the single digits with 7 on Friday (4 Jun), the lowest since 10 May.

On Saturday (5 Jun), we had 13 community cases but zero unlinked cases.

Most recently, just 6 community cases were reported on Sunday (6 Jun).

Keep up the good work

It’s certainly heartening that all the effort Singaporeans have put in has been fruitful, and contributed to an improved Covid-19 situation.

Mr Ong has urged us to keep up the good work – if this sustains, we can look forward to an easing of measures after 13 Jun.

There’s just 1 week more to the end of Phase 2 (Heightened Alert), so let’s all do our part and we can get through this again.