Panda Le Le Fumbles While Scratching An Itch, Resembles Us At Work After Year-End Holidays 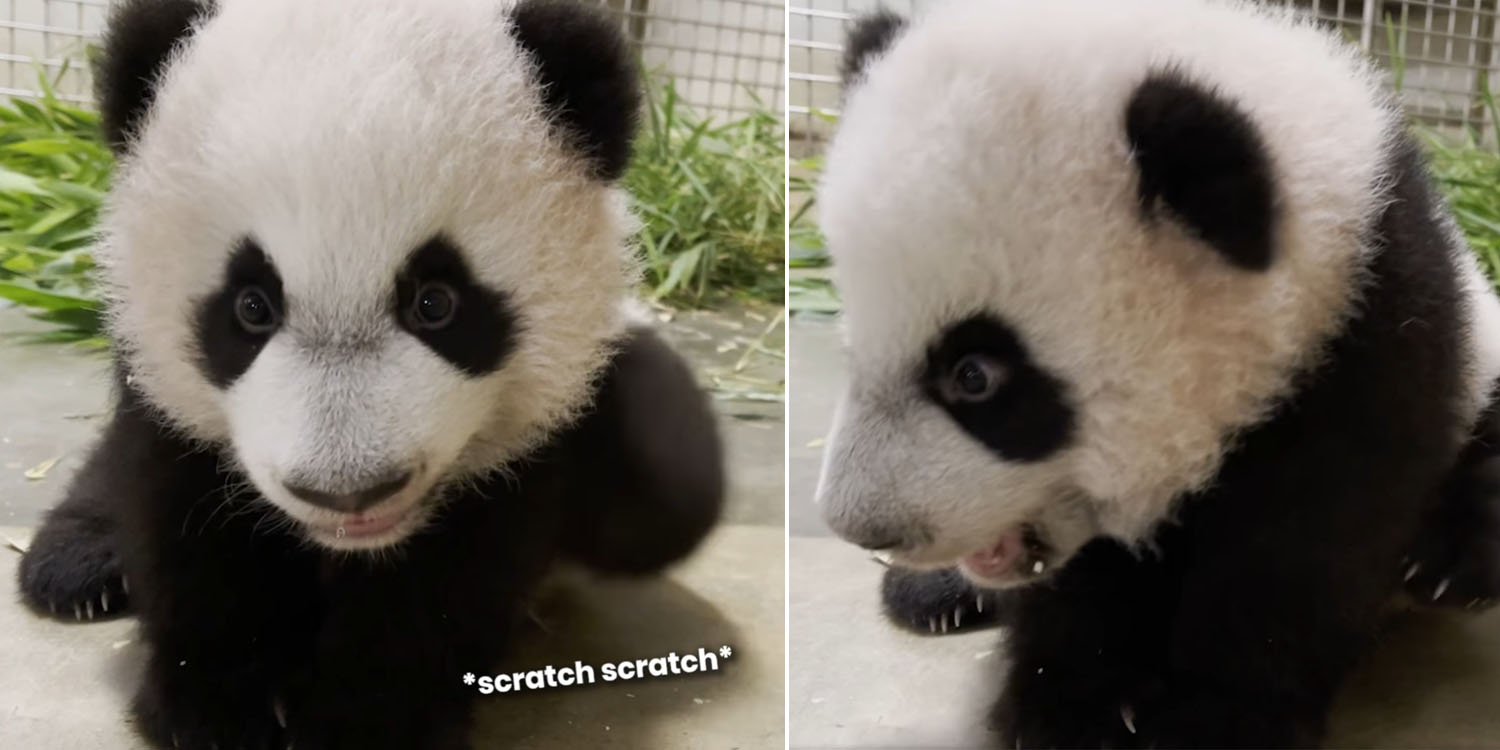 A Le Le video a day helps to keep the blues away.

From seeing Le Le crawl to sneeze, some Singaporeans may think that they’ve seen all the cute antics that the panda cub has to offer.

But on Saturday (8 Jan), Mandai Wildlife Reserve (MWR) shared a video showing Le Le fumbling about as he attempts to scratch an itch that’s seemingly on his belly.

Cuteness aside, the clip certainly reminded us of ourselves as we struggle to get back to work after the recent year-end break.

In the close-up video, Le Le was seen attempting to scratch his abdominal area using his stubby hind legs.

Perhaps unable to reach the source of the itch, Le Le switched between his left and right leg several times.

While doing so, the panda cub had some difficulties balancing himself and was seen fumbling from side to side.

Le Le seemed so determined to alleviate the itch that he didn’t even seem to mind the close proximity of the camera.

The baby panda’s tiny claws can also be seen in the short clip.

Not sure about you, but Le Le seems to be in the same predicament as those of us struggling at work as we attempt to ‘scratch off’ the ‘dust’ accumulated over the year-end festive period.

Since his birth last August, Le Le has occupied the headlines and hearts of Singaporeans alike.

From sneezing to stumbling about, it seems Singaporeans are excited to see the panda cub do just about anything.

Since being unveiled to the public on 30 Dec, Le Le has proven to be a hit among River Wonders visitors.

Sleeping S’pore Panda Cub Unveiled To The Public, Is A Hit With Visitors Anyway

And that shouldn’t be too surprising, given how his every move is seemingly imbued with cuteness.

Hopefully, the panda cub grows up healthily like his parents and perhaps, one day, father his own offspring in the years to come.