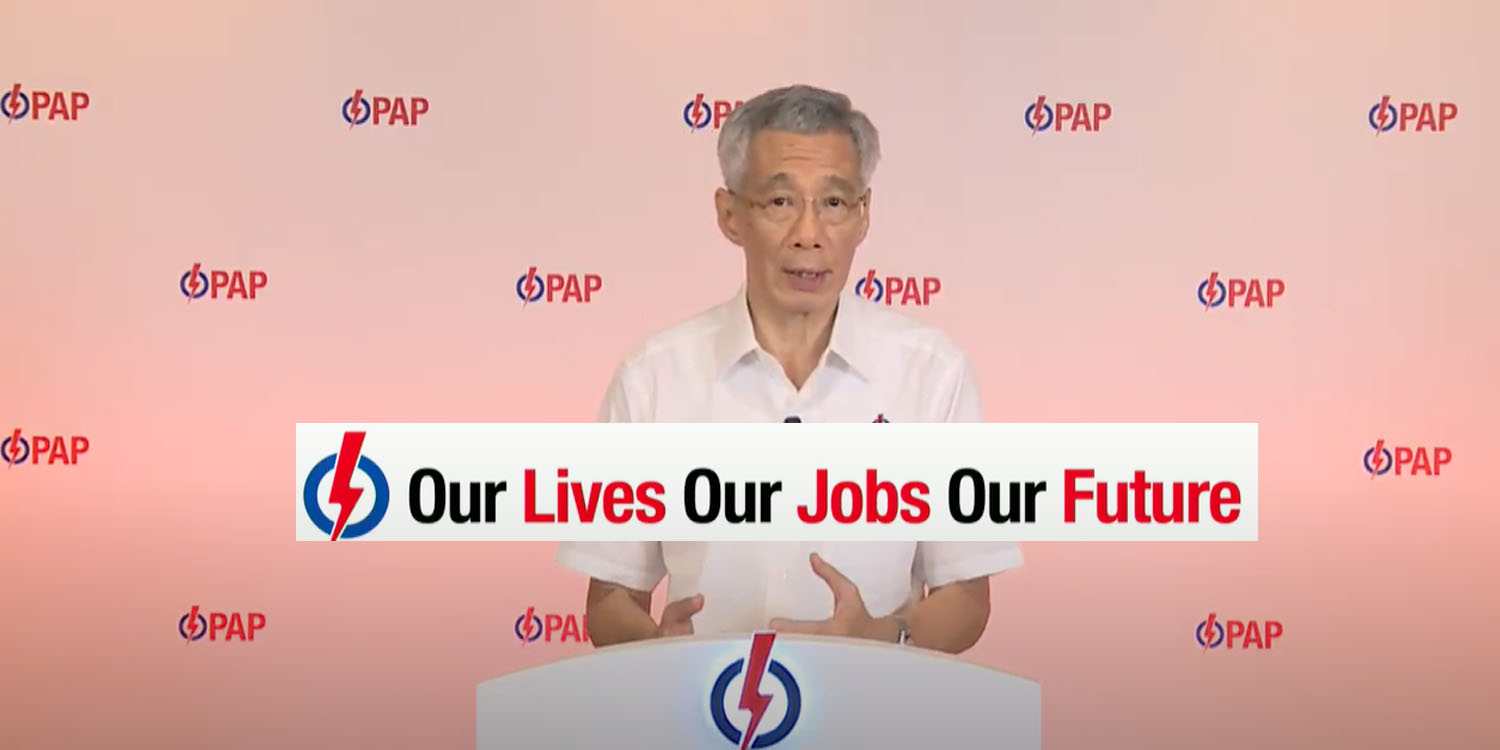 With Nomination Day just around the corner next week, the People’s Action Party (PAP) is kicking into full gear with the release of its manifesto for 2020.

Party secretary-general Lee Hsien Loong started off the broadcast on Saturday (27 Jun) by introducing the 27 new candidates PAP is fielding in the 2020 General Election (GE) — more than a quarter of its total slate, and the most it has fielded.

However, he also revealed that about 20 MPs will be stepping down to pass the torch on to the newbies, and one of them is a familiar name — Deputy Speaker Charles Chong. 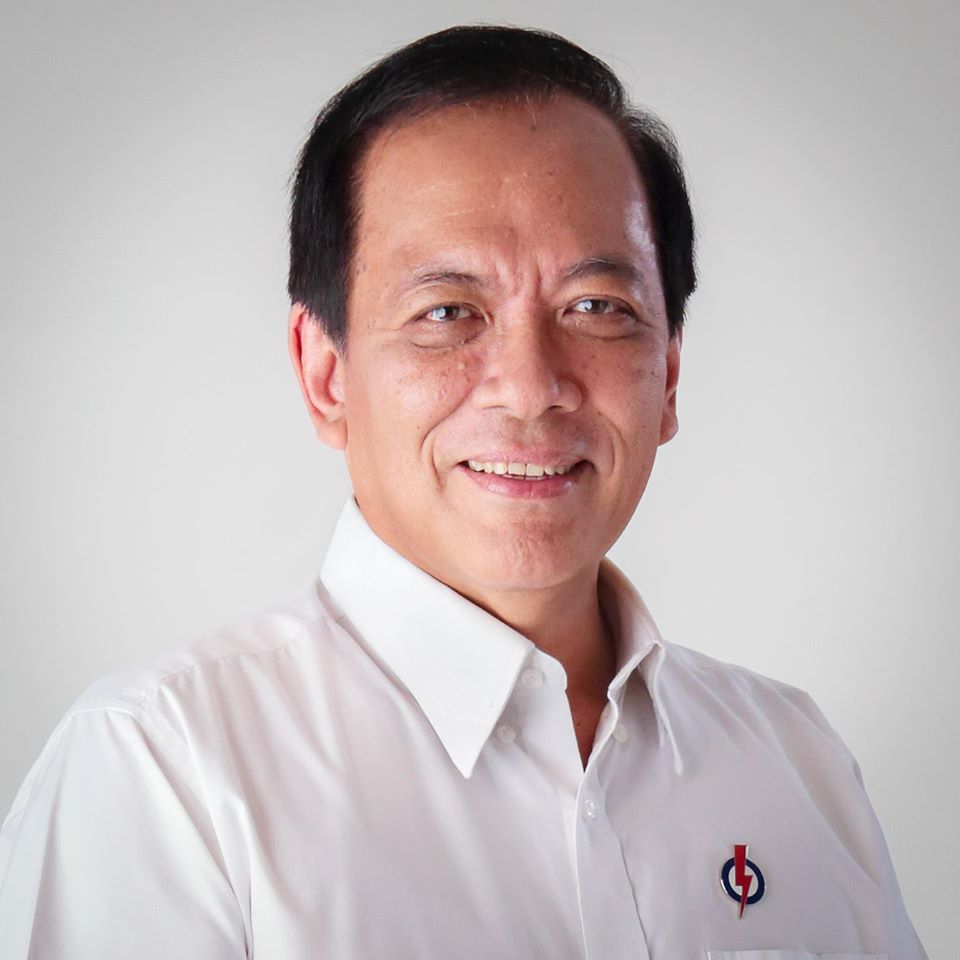 Most new candidates have been working the ground for some time

Introducing the new candidates, Prime Minister Lee said most of them are already familiar with residents, as they have been working the ground for some time.

However, the party must still “fight hard” to convince Singaporeans that the PAP team is their team, he added. Notably, among the “good mix” of new candidates, 10 of them are female, double the last time round, including Singapore’s first female general.

Lauding the qualifications of the newcomers, Mr Lee said,

Individually, each of the new candidates bring something new to the team. They’ve each been proven in their respective fields and professions.

He highlighted that several candidates have taken harder roads to success — 2 grew up in rental flats, another came up via the normal stream and went to the polytechnic.

Thus, the candidates know that you can progress and make a good life for yourselves, as they have made it happen in their own lives, living the “Singapore story”.

Mr Lee said he’s proud that the new candidates represent a wide range of experiences and backgrounds, which is what makes the PAP the “mainstream party” in Singapore.

He then released a short video introducing the candidates one by one. 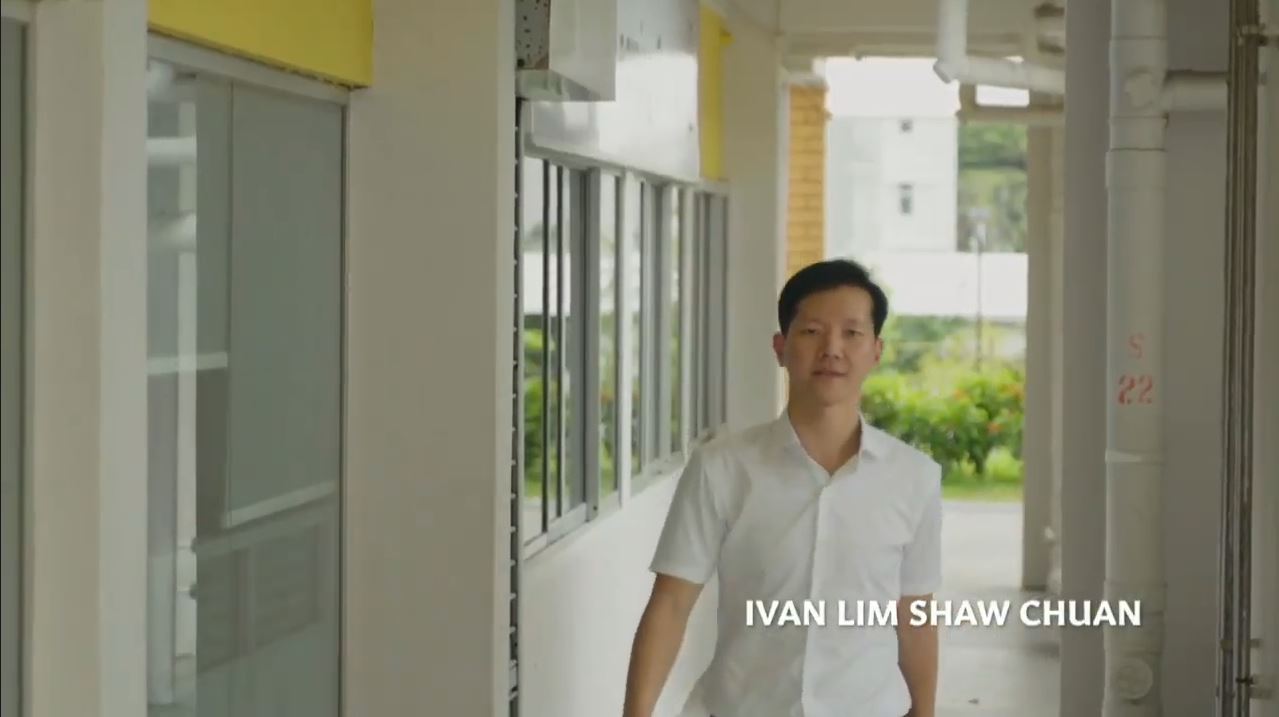 Mr Lee also paid tribute to 3 of the politicians who will be stepping down in GE2020, among a total number of about 20 MPs that he said were not contesting this election.

Firstly, he revealed that deputy speaker Charles Chong will be retiring.

Describing his electoral history, he said Mr Chong won his seat at Joo Chiat Single-Member Constituency (SMC) in GE2011 with 51% of the vote, and in 2015, he won Punggol East SMC with almost 52% of the vote.

But even though he won these battles “by the skin of his teeth”, it’s not because he’s a weak MP, Mr Lee said – it’s because these were tough fights, and when the PAP needs a strong candidate who will fight hard and fight smart, it sends in Charles Chong.

And every time, Mr Chong has delivered, Mr Lee added. 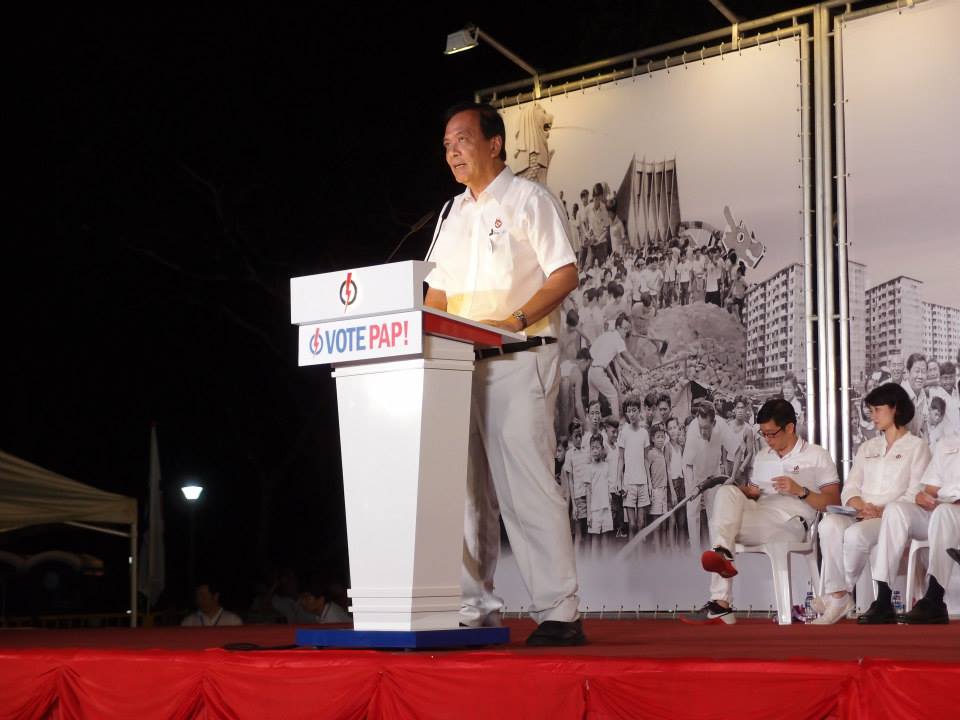 While he didn’t have time to talk about all the other retiring MPs, Mr Lee said they have put the party and nation before themselves by stepping down, and they will be honoured after the GE.

Mr Lee has warm regard for Mr Khaw Boon Wan

Mr Lee also mentioned Transport Minister Khaw Boon Wan in his speech, pointing out that Mr Khaw has been in all his Cabinets since he became prime minister.

We fought and won many battles together, and the warm and mutual regard has grown. Mr Lee pointed out that Mr Goh has served Singapore with great distinction — he’s spent 44 years as an MP for Marine Parade, and  14 years as prime minster, touching the lives of so many Singaporeans and giving his all in service of country and people.

That’s because not only did Mr Goh bring him into politics, he’s also mentored him and guided him over the years, even after he succeeded him. 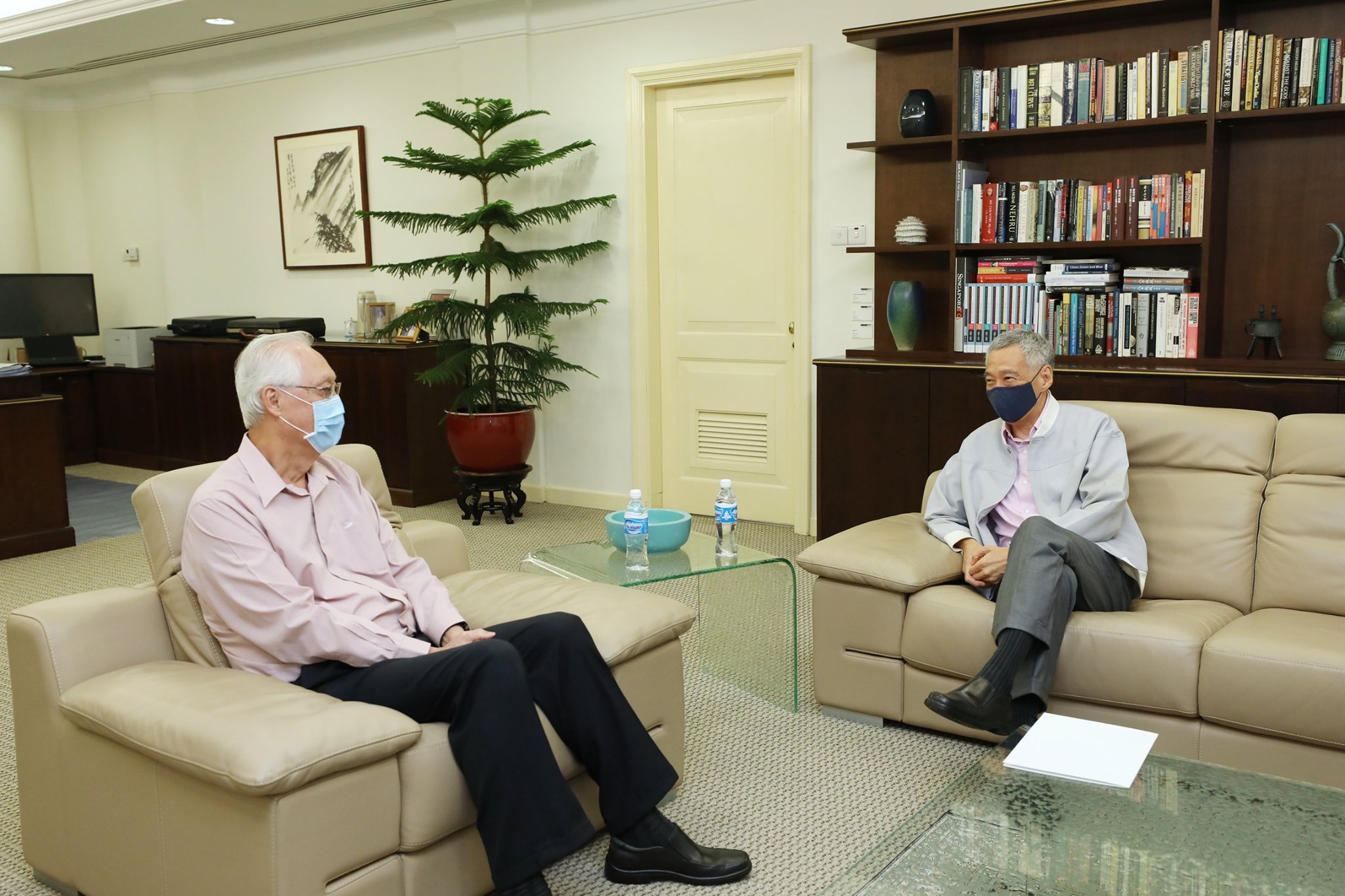 Many tough fights ahead

As the GE campaigning starts on Tuesday (30 Jun), Nomination Day, the party will go into battle to win the people’s mandate in a crucial contest.

Calling the Singaporean voter a “tough judge”, he said the party must fight hard for every single vote in every constituency.

Mr Lee said after winning the people’s mandate there is a much bigger fight to protect people’s lives and livelihoods from Covid-19, and beyond that to fight year after year to keep Singapore successful and special.

Launching the PAP manifesto for 2020, he said due to Covid-19, jobs and families have suffered, and many are hurting.

Thus, for this and future generations, these battles can only be won if the PAP has the full support of Singaporeans and Singapore has the strongest and most committed leadership team to take the nation forward, adding,

Let us give it our all, convince Singaporeans to give PAP their strong support to work with us and secure our lives and jobs and future.

He then the launched the manifesto, titled “Our Lives Our Jobs Our Future”, in a video presentation. 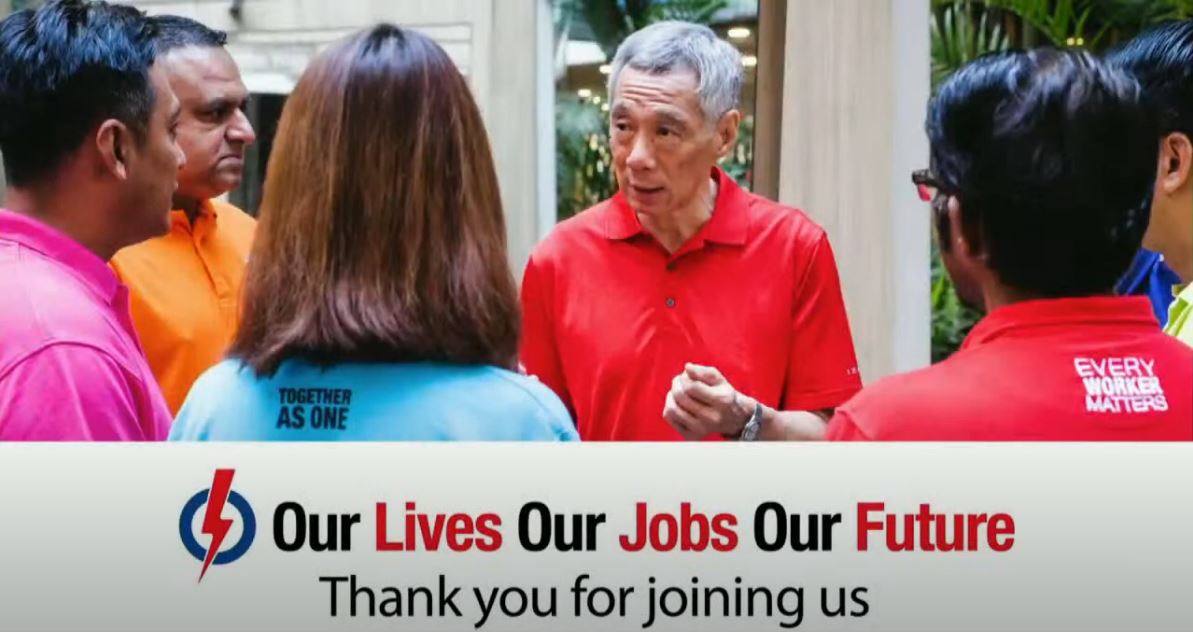