Must Share News – Independent News For Singaporeans
Home General Elections PAP & WP Candidates Speak To Man In Wheelchair, But Only One... 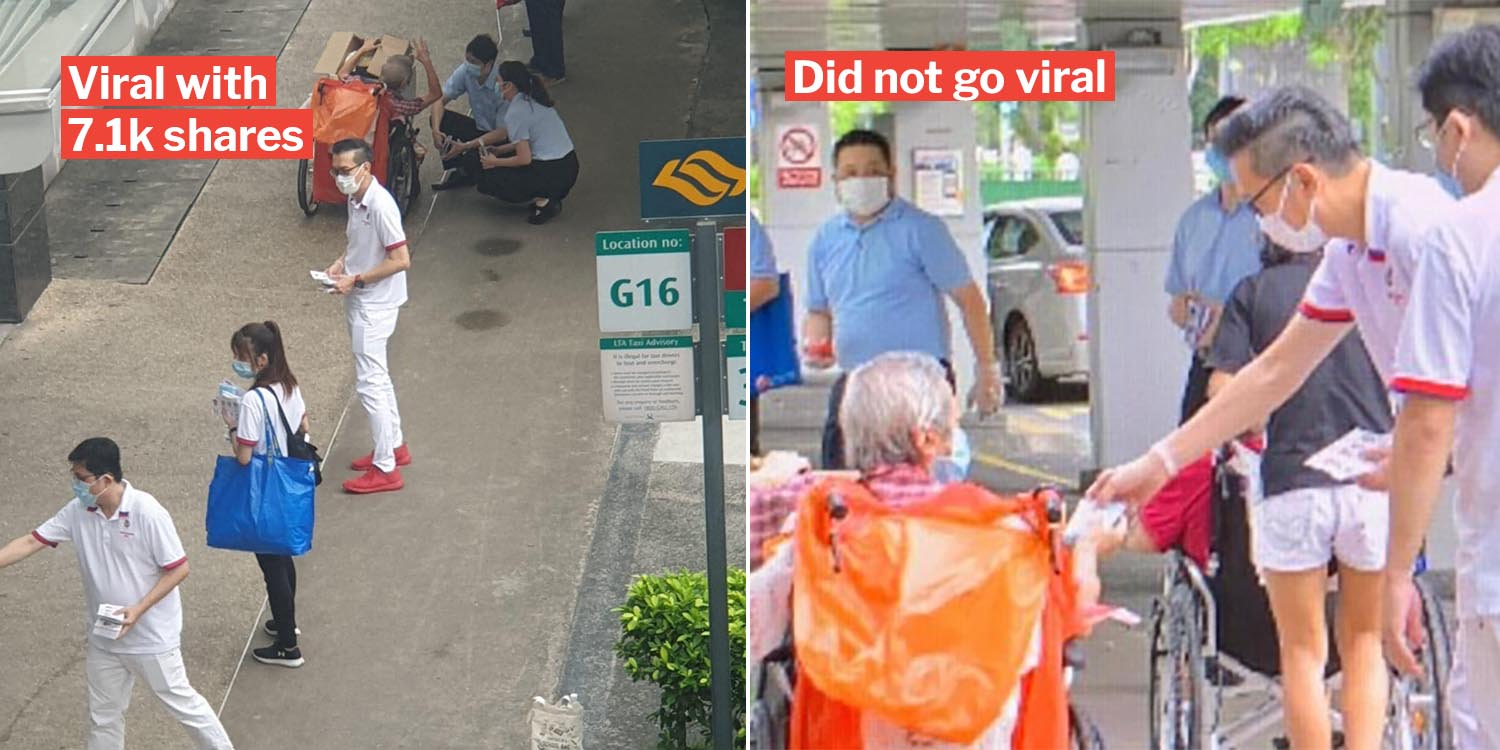 We have often heard about how a picture paints a thousand words. However, they also have the potential to be misleading, since they can only capture a single moment.

This is demonstrated by a photo currently circulating on social media, which shows Workers’ Party (WP) candidates He Ting Ru and Jamus Lim interacting with an elderly man in a wheelchair, while PAP members stood nearby distributing campaign material.

A photo was first posted by a member of the SG Opposition Facebook group  where it received more than 7,600 shares before being deleted.

The picture appears to depict PAP members standing around handing out campaign material. In the background, Ms He and Dr Lim appear to be talking to an elderly man carrying cardboard. 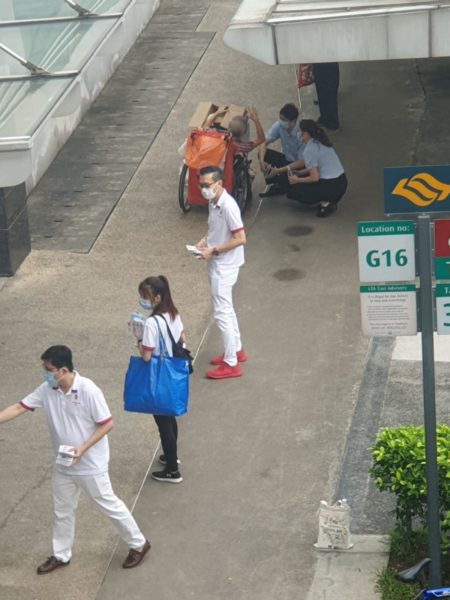 Those coming out in support of WP and other anti-establishment figures began to share the picture widely, leading to comparisons between PAP and WP candidates.

However, another photo soon emerged, revealing that PAP members had also approached the elderly man in the picture.

Flop Singapore, who posted the second photo, called for the importance of perspectives while likening the incident to the false image of Prince William pointing the middle finger. The photo of Prince William, when seen from a certain perspective, appears to show him pointing the middle finger. 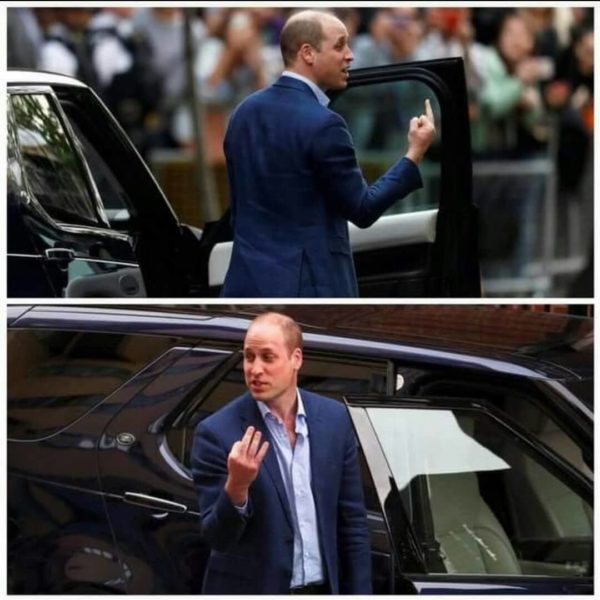 Ms He, through her Instagram story, confirmed that both her and Dr Jamus Lim had approached this elderly man earlier today (8 Jul). 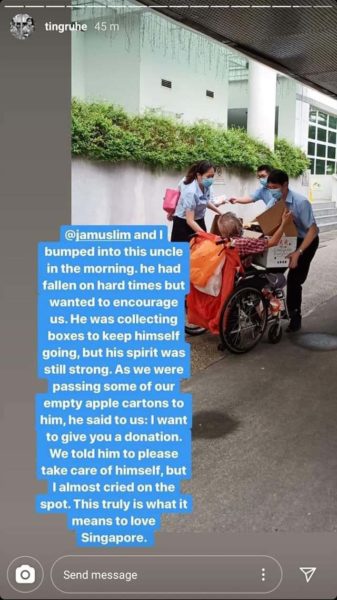 According to Ms He, the old man wanted to donate to the Workers’ Party campaign.

He said this as Ms He and Dr Lim were handing him empty apple cartons, but they asked him to take care of himself, not accepting his offer.

Good deeds don’t necessarily have to be caught on camera

Pictures posted with an agenda can be misleading without full context.

Although it may be the case that WP candidates did approach the elderly man, that doesn’t mean that PAP candidates didn’t do the same earlier or later.

After all, the picture only takes a single snapshot of a moment.

Hence, it’s important for us to understand the perspectives from all sides before passing judgement or sharing a social media post.