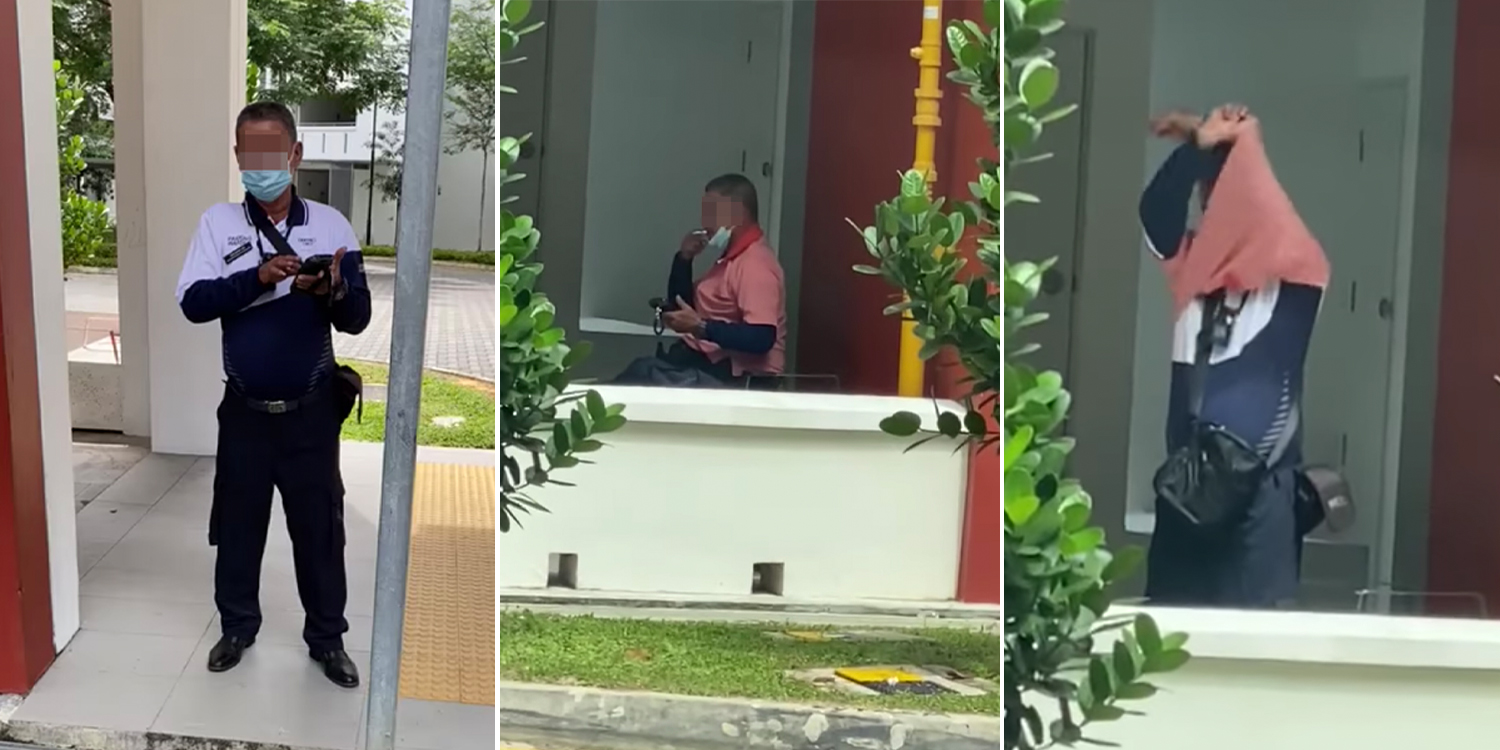 Officer Rigidly Enforces The Rules On Drivers, One Gets Back At Him By Catching Him In The Act

Public officers who enforce the rules are often held to high standards of abiding the law themselves.

So when a disgruntled driver caught a parking enforcement officer smoking at the void deck, he decided to take a video of him. 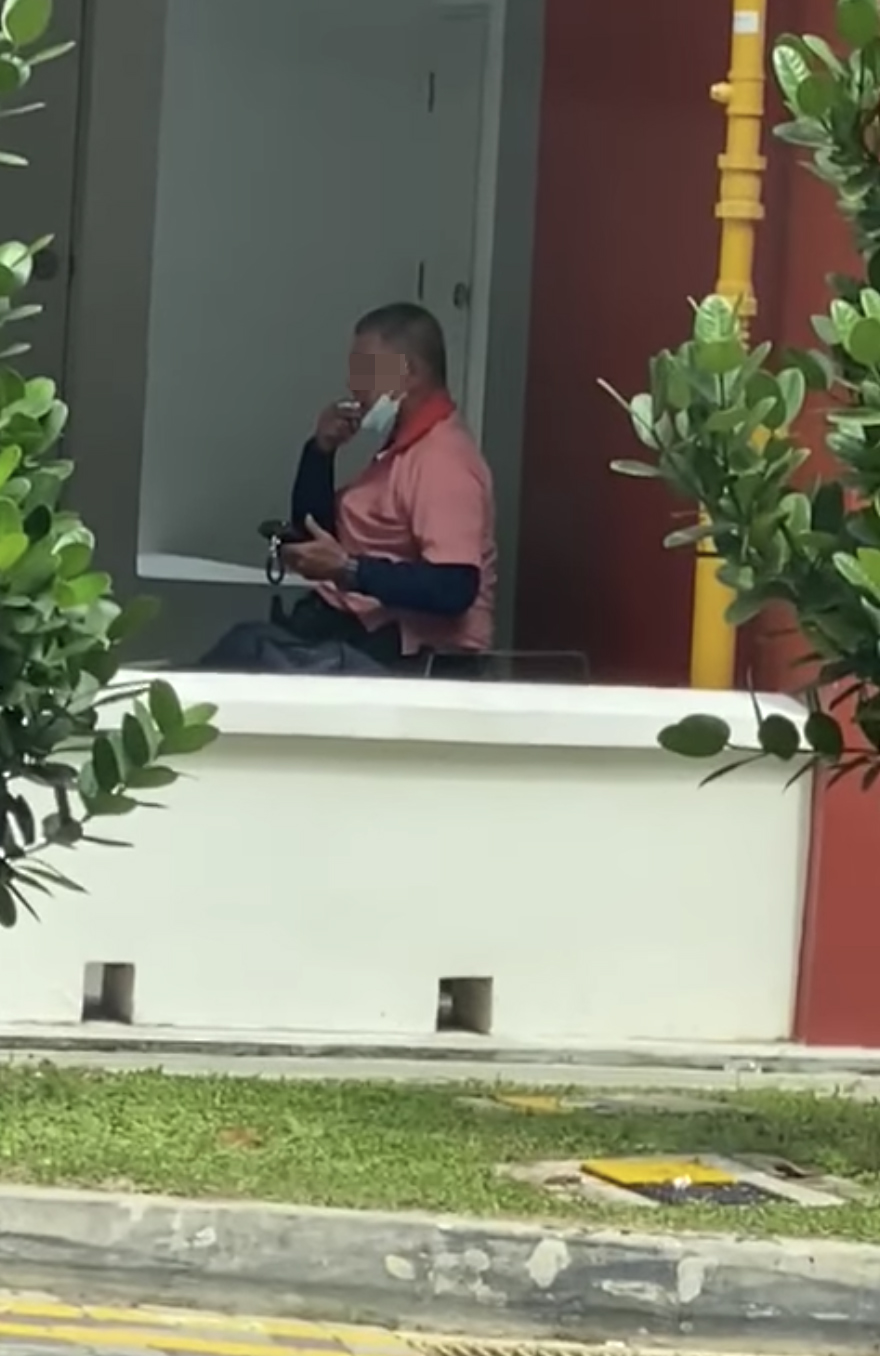 In the video, the officer put on civilian clothes to smoke and subsequently threw his cigarette butt onto the floor.

Certis Cisco has issued the officer a warning letter and suspended him from his duties.

Officer in heated discussion with drivers

The 1st video, shared on Facebook on Saturday (21 Nov), was of the parking enforcement officer on the job at Block 693C Woodlands Avenue 6.

In the video, he can be seen having a heated discussion with several drivers over the use of the loading and unloading bay.

Apparently, the driver of a van was sitting in the vehicle waiting for his colleague at the loading bay, but was called out by the officer. 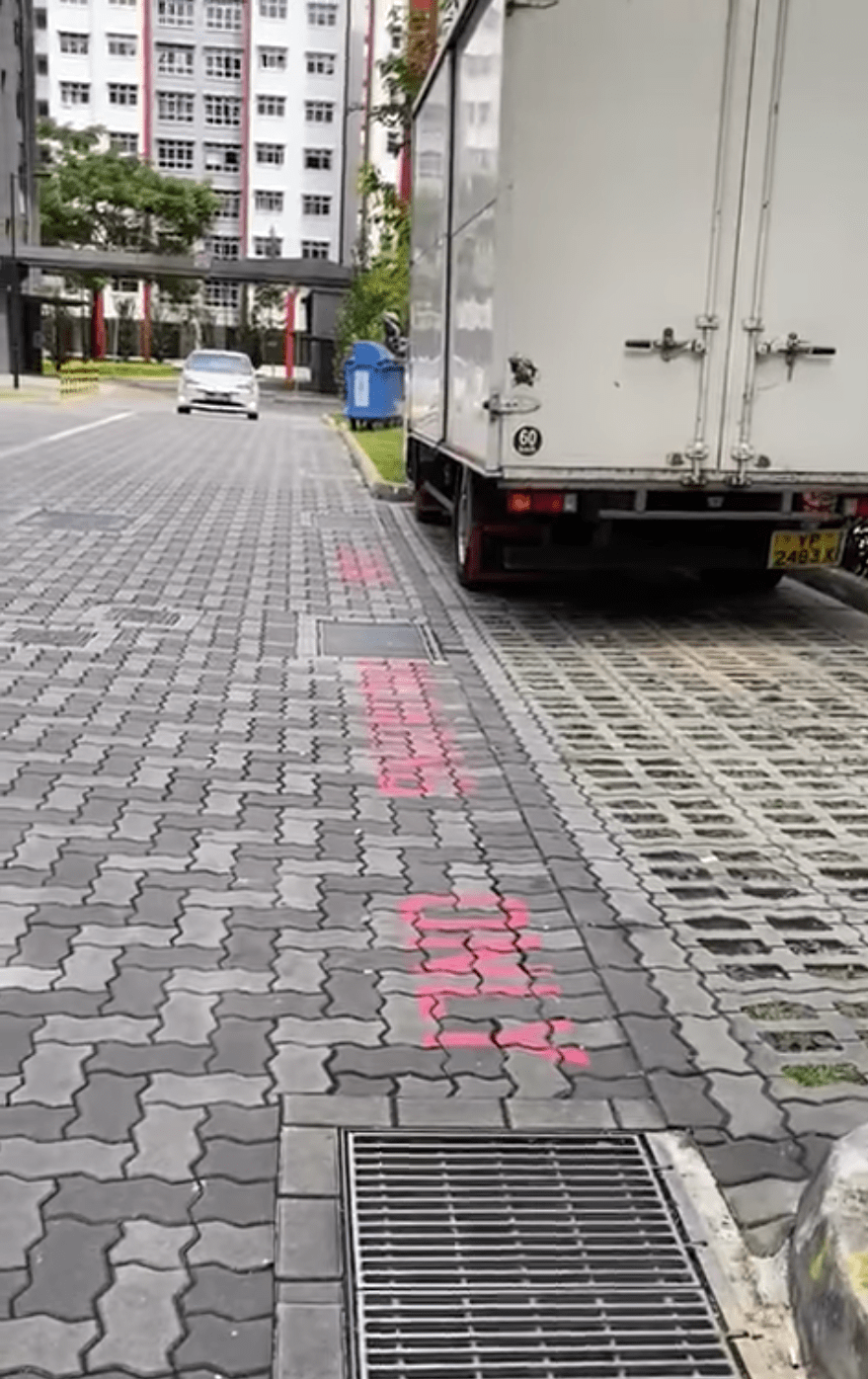 In the video, the enforcement officer seems to be insisting that the drivers park at the multi-storey carpark even if they’re doing deliveries.

More than 1 driver can be heard arguing with him. One accused the officer of being “siao on”.

Soon, a McDonalds delivery rider joined in the dispute. 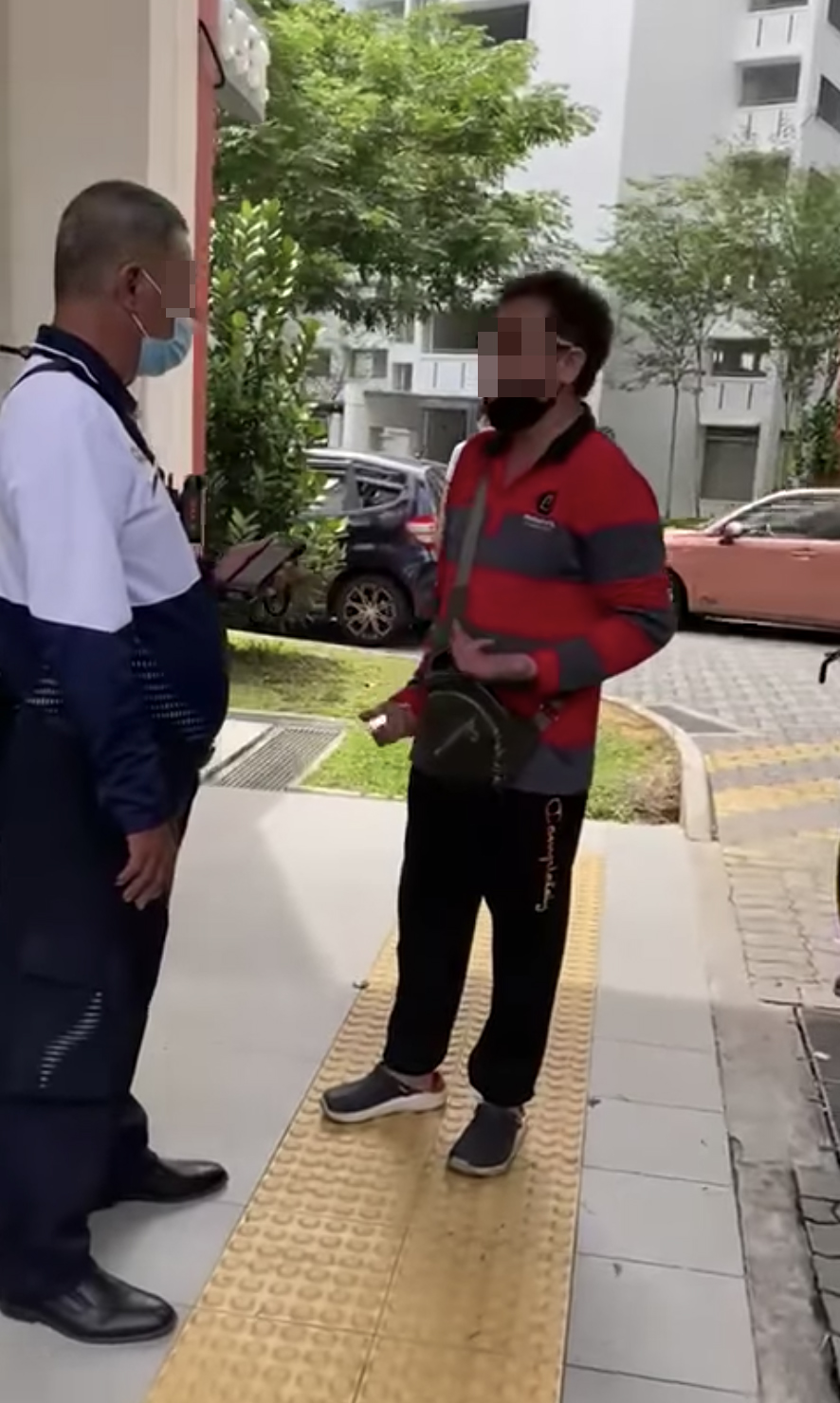 The delivery man argued that he should be allowed to use the loading bay for a minimum of 5 minutes to do his delivery.

However, the enforcement officer doesn’t seem to relent.

He also appeared to be taking down vehicle licence numbers. 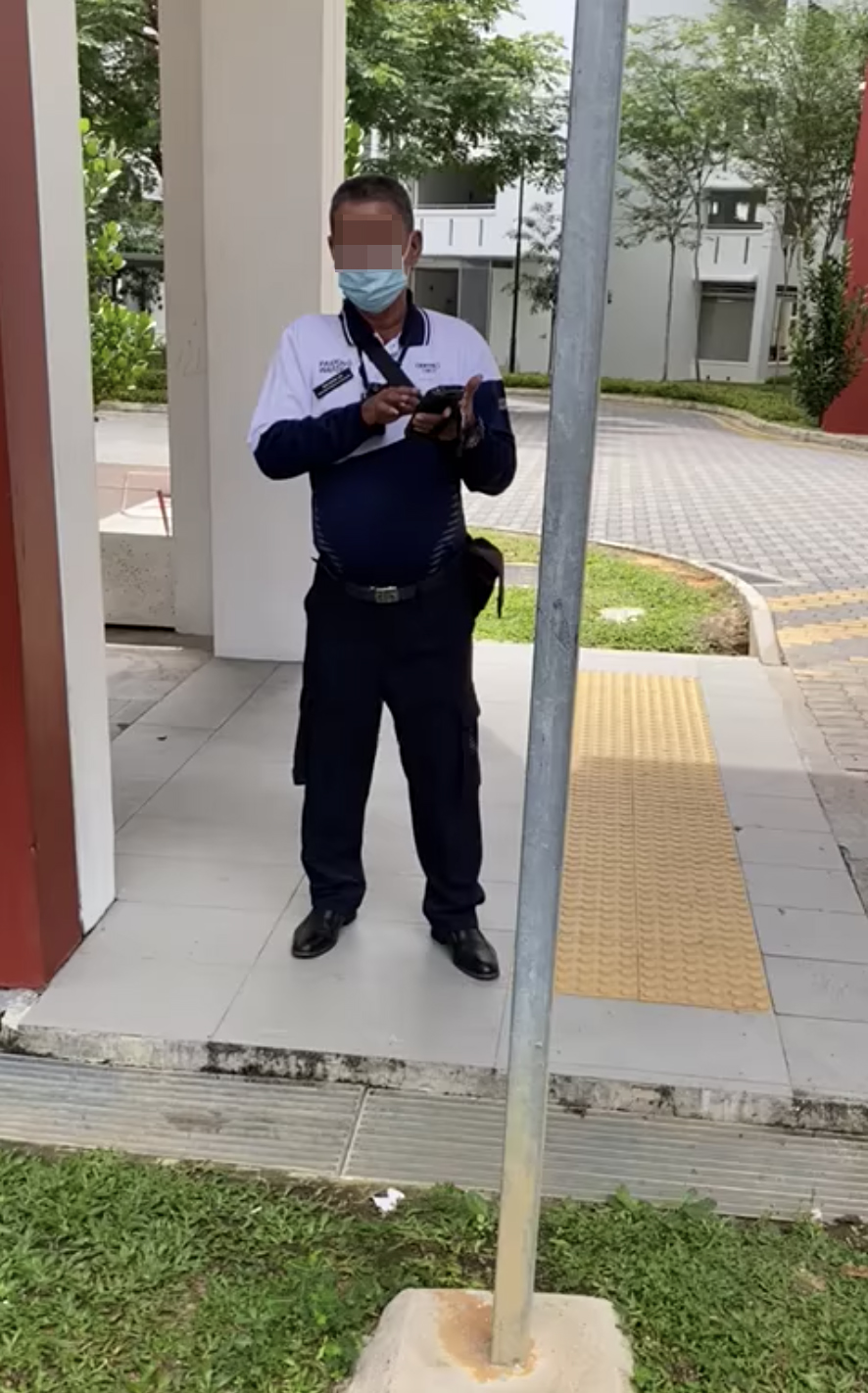 Since he’s such a hard ass, he must be a person who follows the rules strictly in his life, right?

In the 2nd video, a man who appears to be the same enforcement officer in the 1st video is now seen taking a little break.

Unfortunately for him, it seems like the driver who filmed him in the 1st video has seen him again awhile later, and decided to take another video.

Unaware he’s being filmed, the officer is now wearing a light red polo tee and sitting down at the void deck for a smoke. 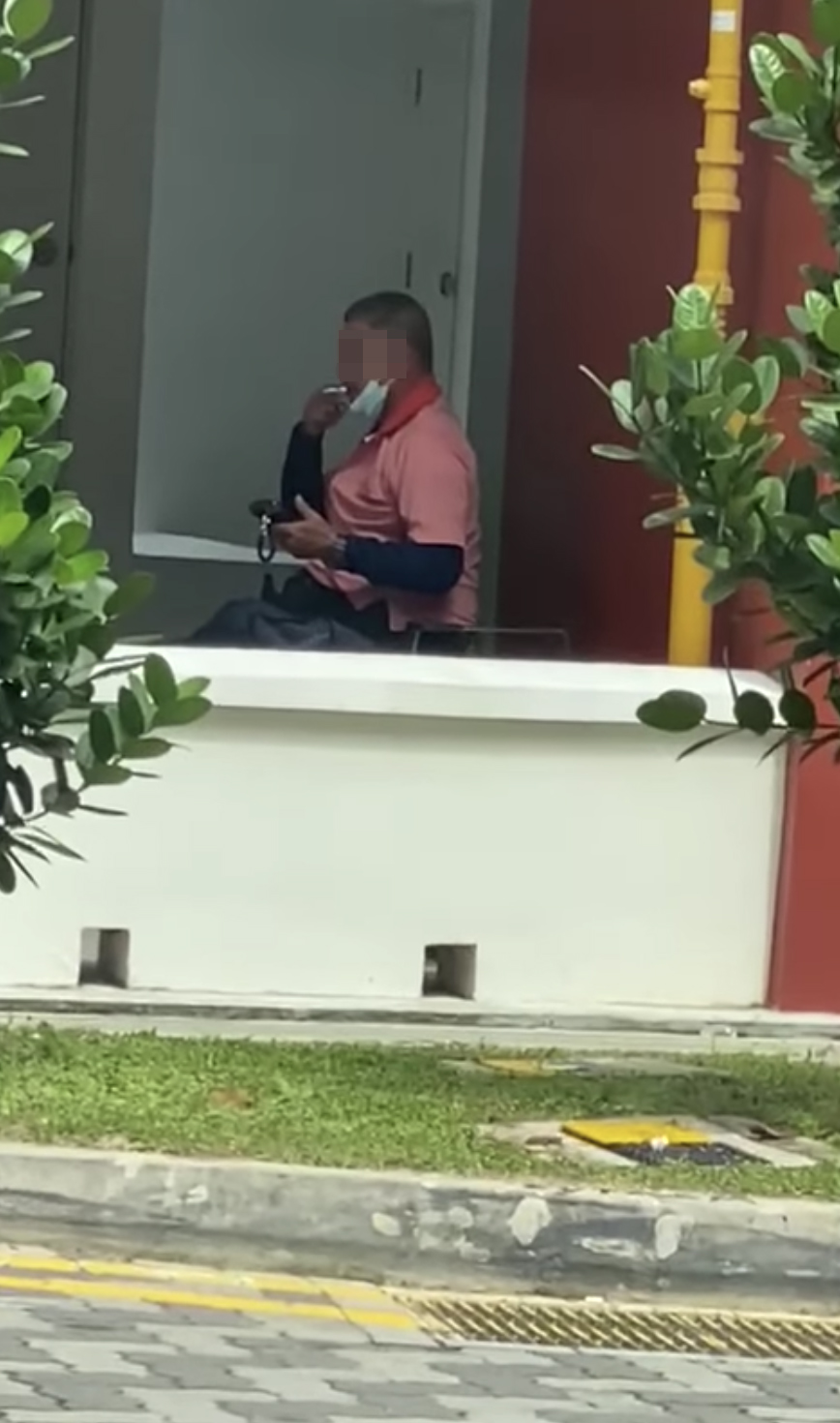 After finishing his smoke, the officer casually throws his cigarette butt onto the ground while furtively looking around.

The person taking the video, who’s keeping up a running commentary, describes his actions as “littering”. 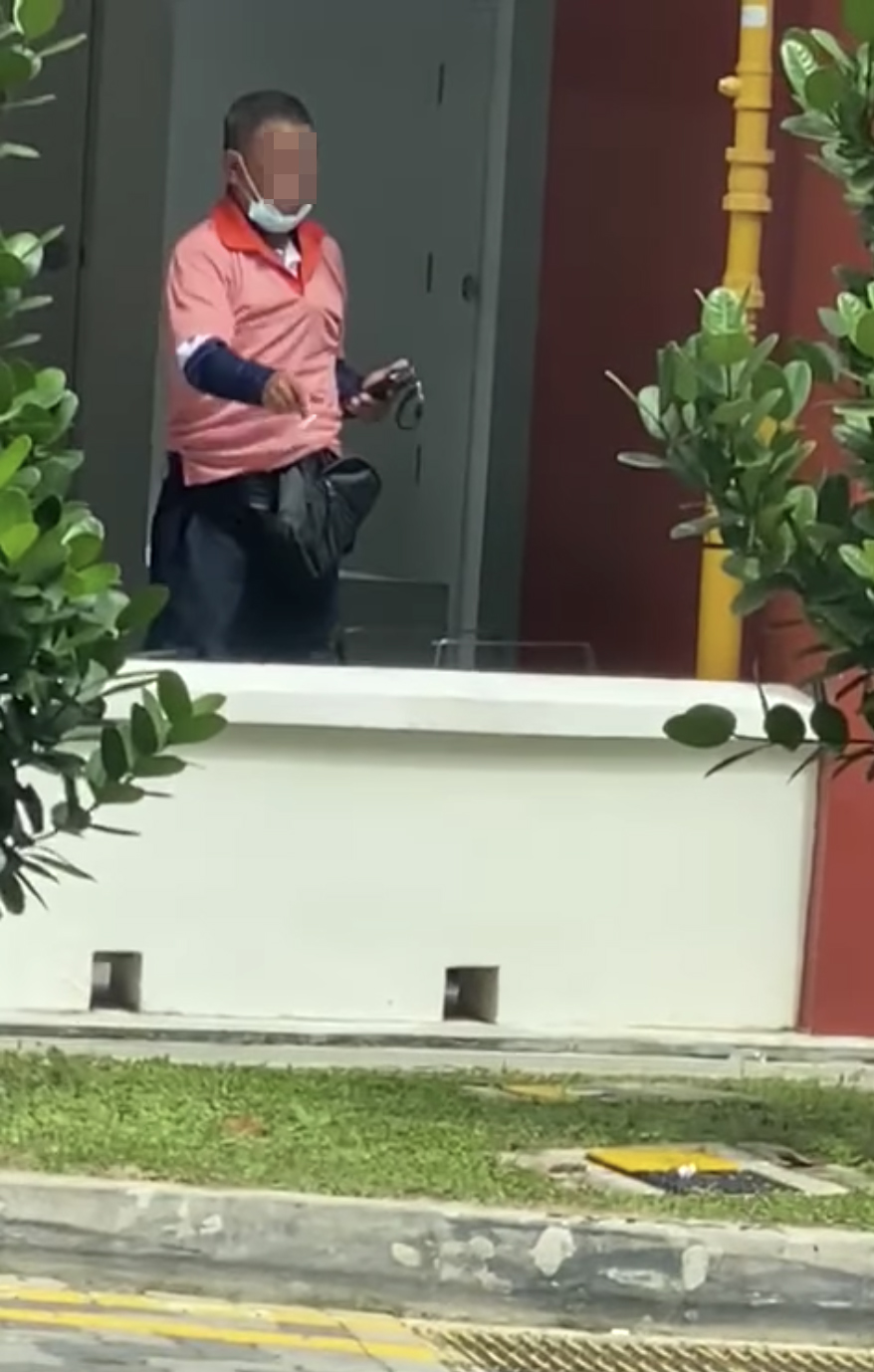 The officer then removes his polo tee to reveal his uniform underneath. 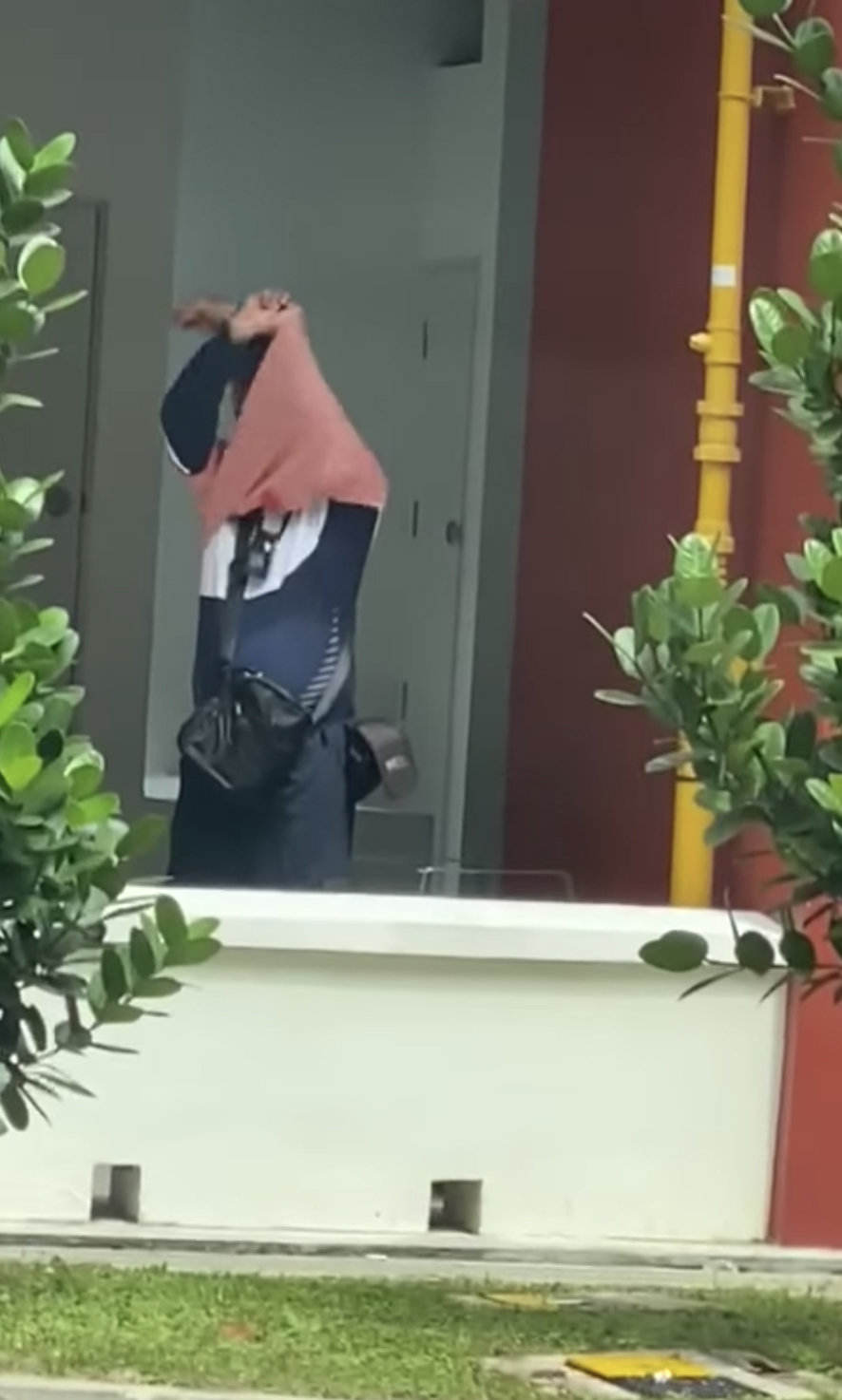 He then packs up the polo tee and casually walks off. 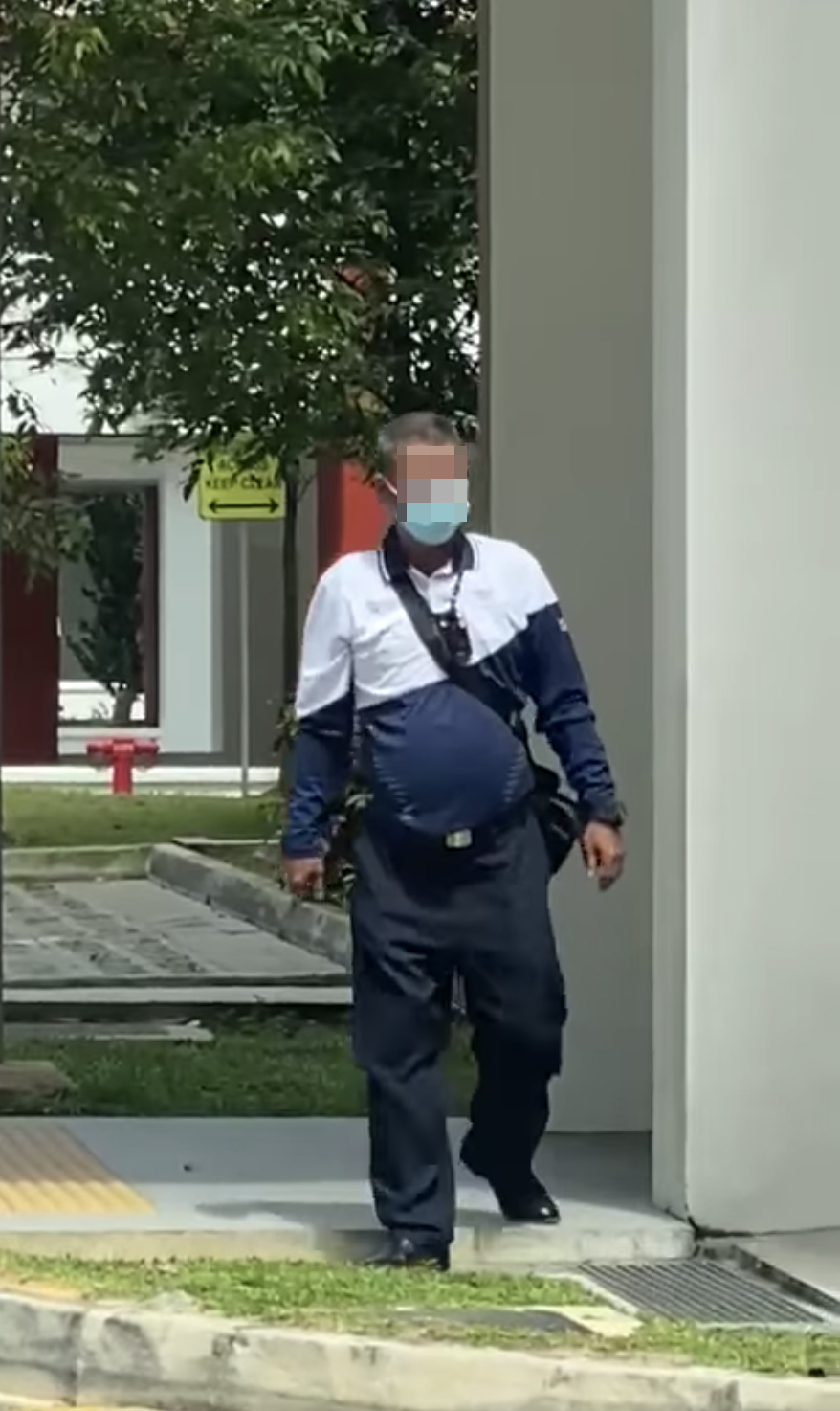 You can watch the full videos here.

Speaking to MS News, Certis Cisco expressed that they were disappointed to learn of the incident.

After an internal investigation, they spoke to the enforcement officer and issued him with a letter of warning. He has also been suspended from his duties.

Certis has alerted the relevant authorities of the incident for further action.

The company reiterated that they expect the highest disciplinary standards from their officers, who are required to comply fully with the law at all times.

No one is above the law

The job of a parking enforcement officer is undoubtedly challenging, and they deserve to take breaks once in a while too.

However, smoking at void decks isn’t allowed, and neither is littering.

The actions of the officer in the 2nd video are made more jarring by his strict enforcement of the rules in the 1st video.

We’re glad Certis Cisco dealt promptly with the matter. Hopefully, this serves as an important lesson that no one is above the law, even those entrusted to uphold it.