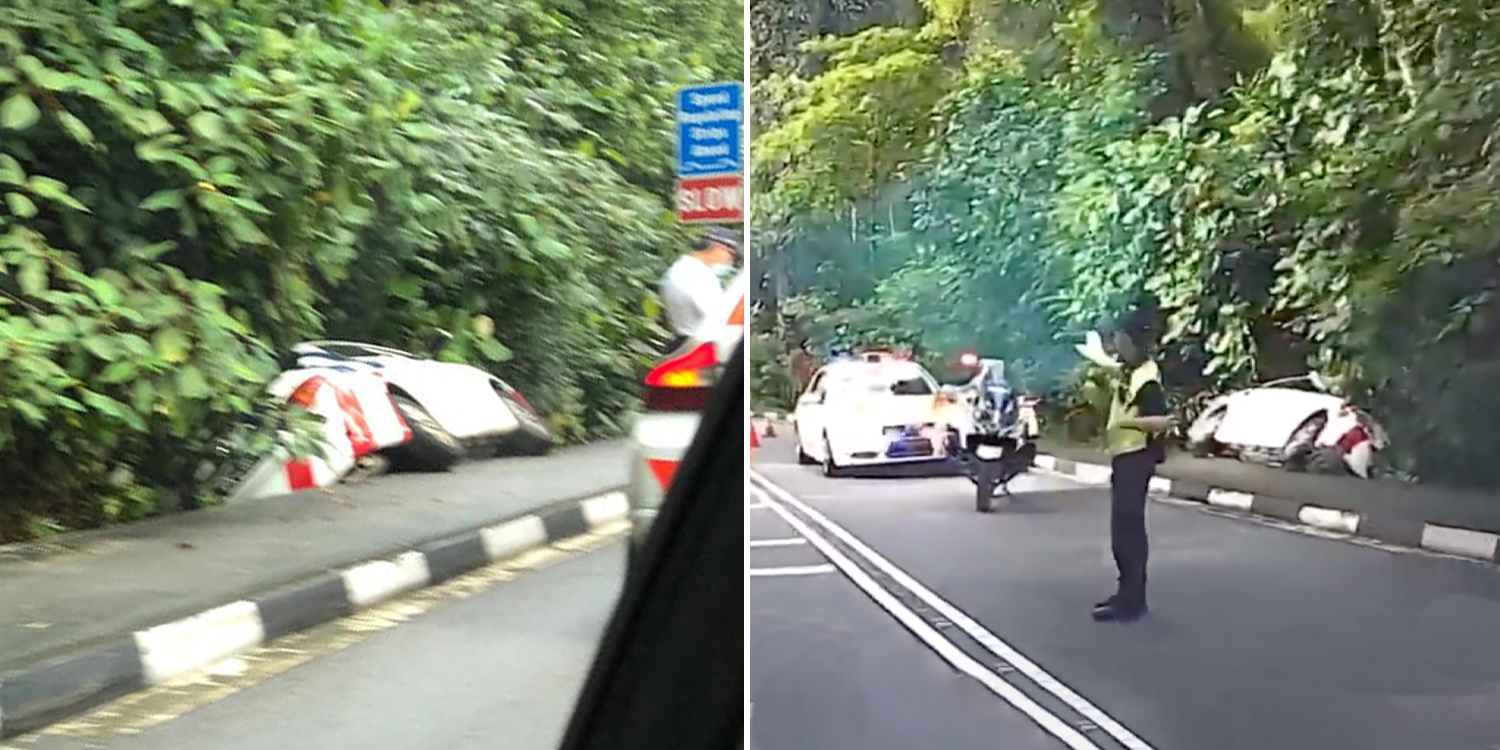 When traffic accidents happen, the police are usually the first few to arrive on the scene.

But on Saturday (10 Jul), passers-by were the ones who gave police officers a hand when a police car reportedly skidded on a slippery road in Buona Vista and landed in a drain. 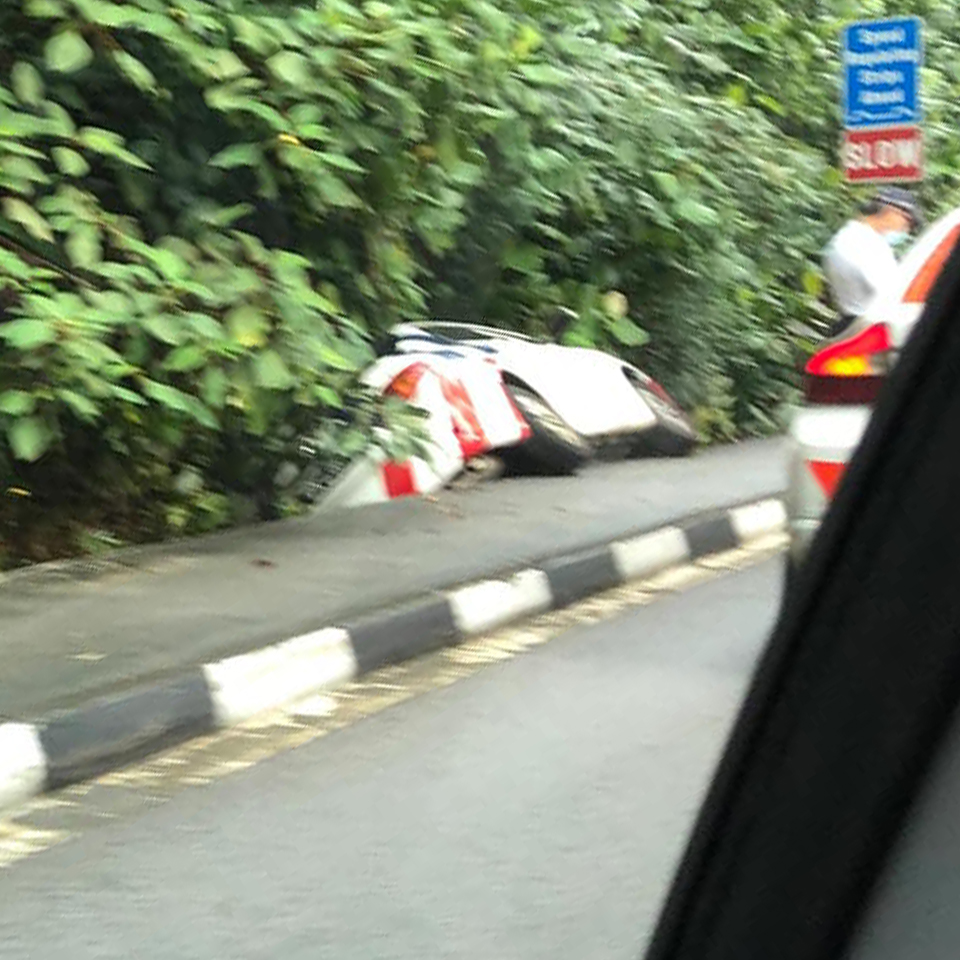 Thankfully, no injuries were reported, and the police are now investigating the incident.

At about 4pm, the police car was rounding a sharp bend along South Buona Vista Road when it was believed to have skidded before crashing into a drain, reported Stomp.

Pictures and videos of the accident scene were later shared on social media.

2 other police cars and 1 police motorcycle were seen on-site, with police officers helping to cordon off the area and directing traffic.

According to a passer-by, he managed to open the driver’s car door and helped the victim out of the vehicle after witnessing the accident.

He also noted that the police vehicle was not speeding as the roads were slippery.

In response to MS News‘ queries, the Singapore Civil Defence Force (SCDF) shared that they were alerted to the accident along South Buona Vista Road towards Pasir Panjang Road at around 4pm.

However, SCDF’s assistance was not required.

According to Stomp, no injuries were reported from the accident. Police investigations are now ongoing.

Be extra careful when driving on slippery roads

While the accident was no doubt unfortunate, thankfully, nobody was injured.

As more rain is expected this month, remember to stay safe and be extra careful when driving along slippery roads after a downpour.