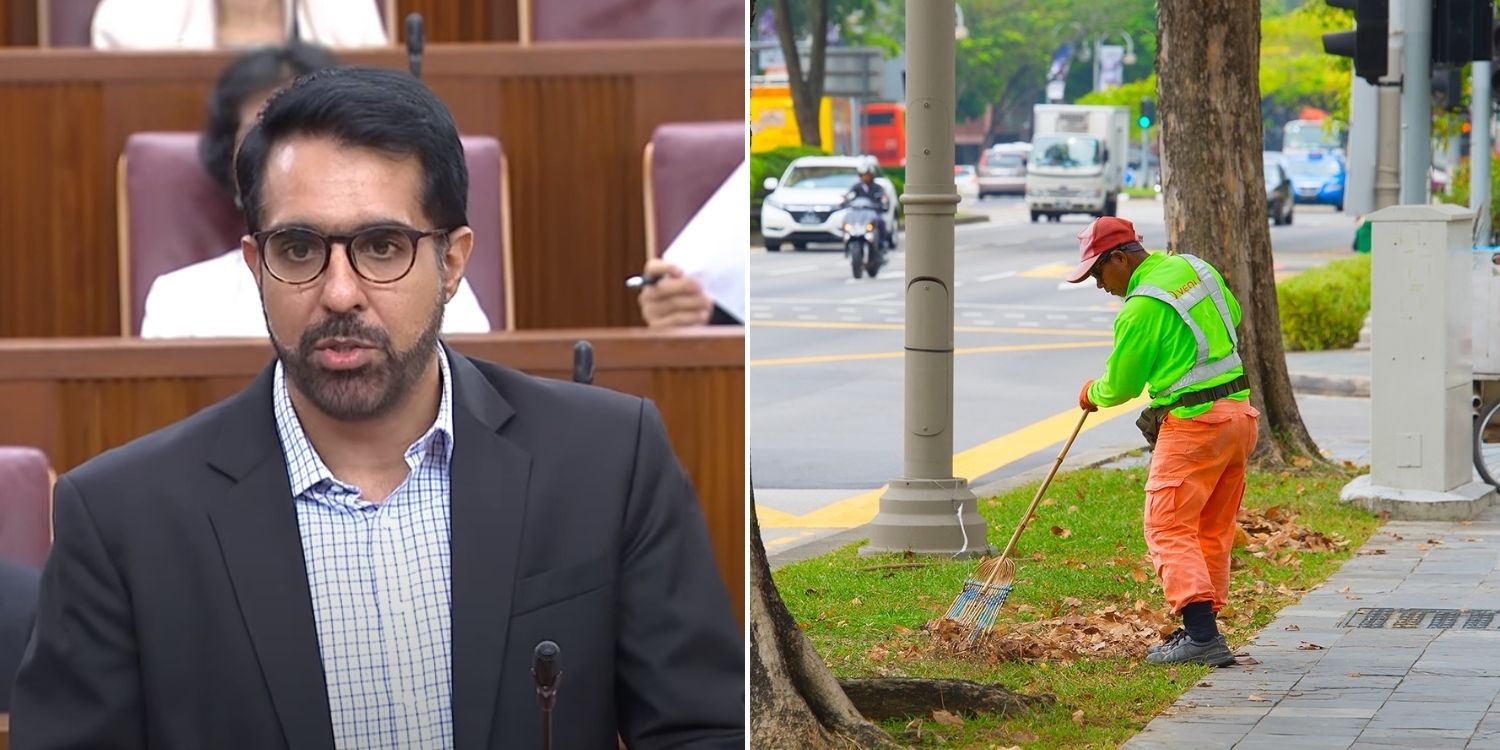 Life has been tough for low-wage workers even before the pandemic hit. To alleviate their financial situation, politicians have been debating on the feasibility of a universal minimum wage system.

Now the Leader of Opposition (LO), Workers’ Party‘s Pritam Singh, has come forth with an official statement to establish his stance on this matter. 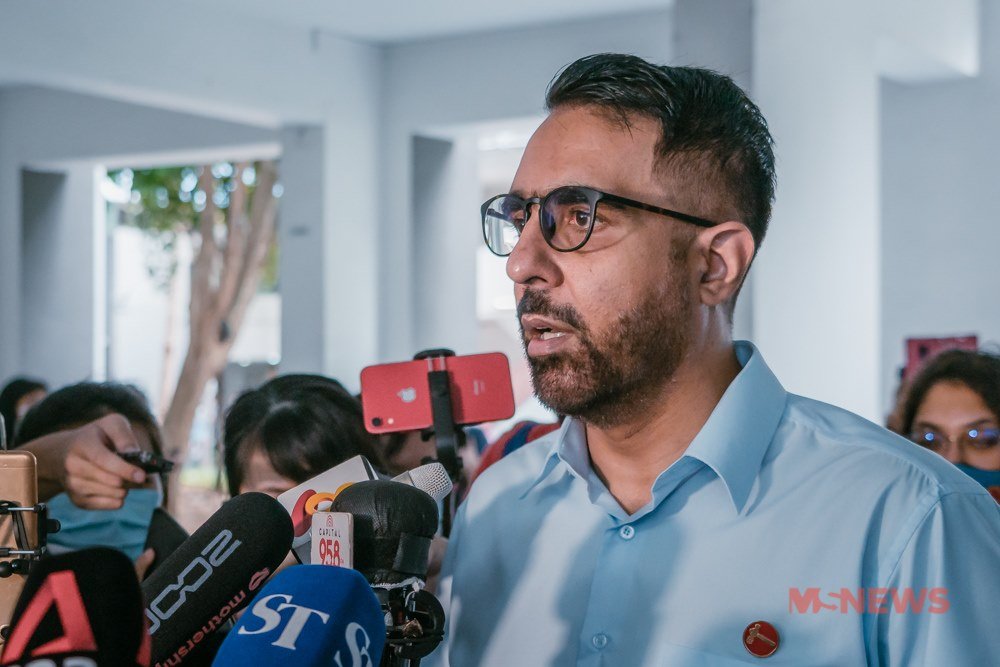 Calling for the Government to set up a ‘Minimum Wage Plus Taskforce”, Mr Singh proposes a universal minimum wage of $1,300 for low-income workers. He asserts that this is a matter of morality and an “act of national solidarity” for vulnerable citizens.

In a Facebook post on Tuesday (12 Oct), Mr Singh first recognised the Government’s Minimum Wage Plus sectoral approach that is already in place.

While he acknowledges that the “sectoral productivity and career progression” aspects are valid, he notes that this approach may be slow. 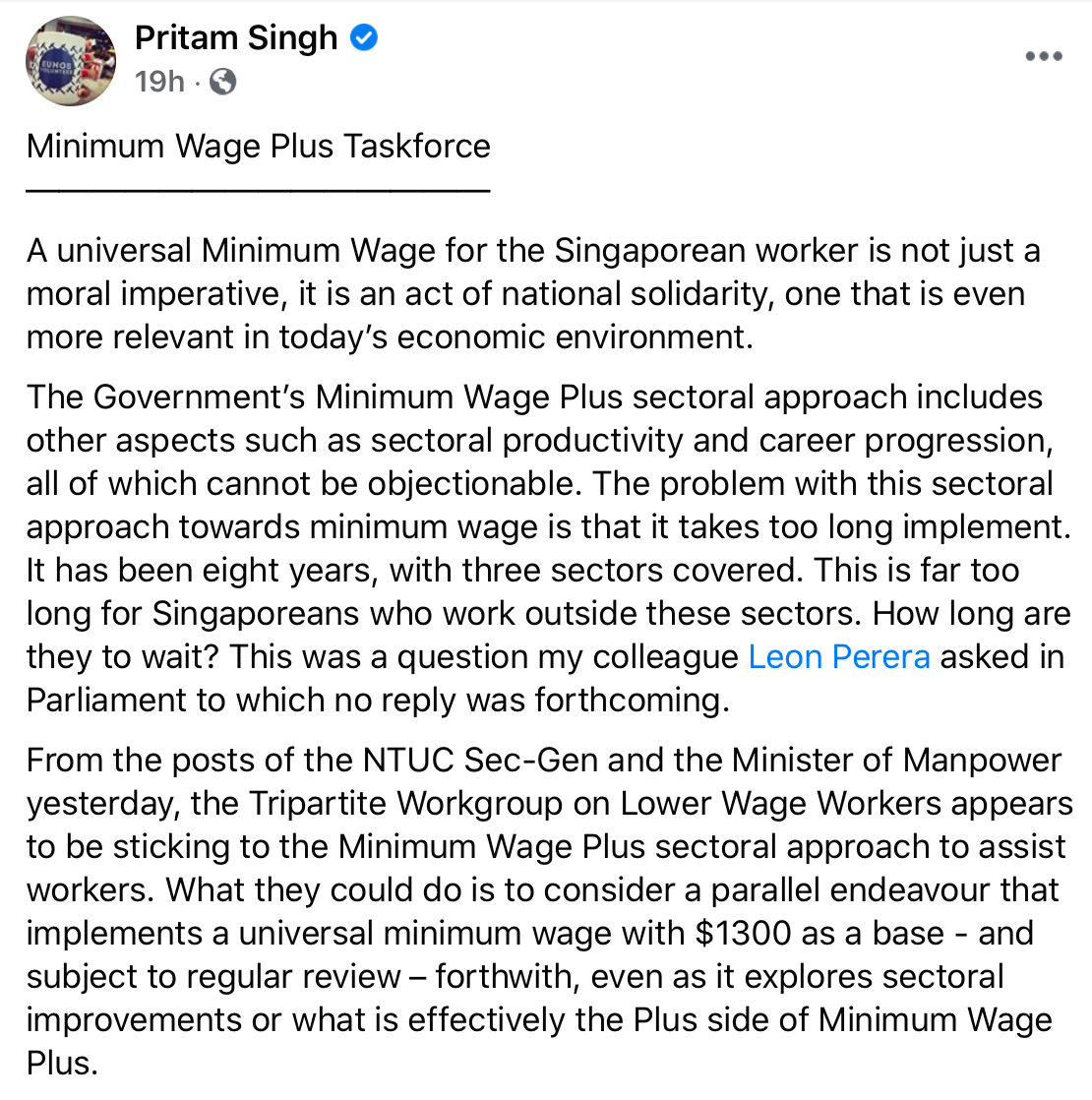 Though 8 years have elapsed, Mr Singh claims that the system has only been implemented in 3 sectors between 2015 – 2016: cleaning, security and landscape.

This is far too long for Singaporeans who work outside these sectors. How long are they to wait?

He added that Mr Leon Perera posed this question in Parliament but did not receive a straight answer.

Mr Singh then referenced a post by Manpower Minister Josephine Teo on Monday (12 Oct) who spoke with NTUC’s Secretary-General about the Tripartite Workgroup on Lower Wage Workers. 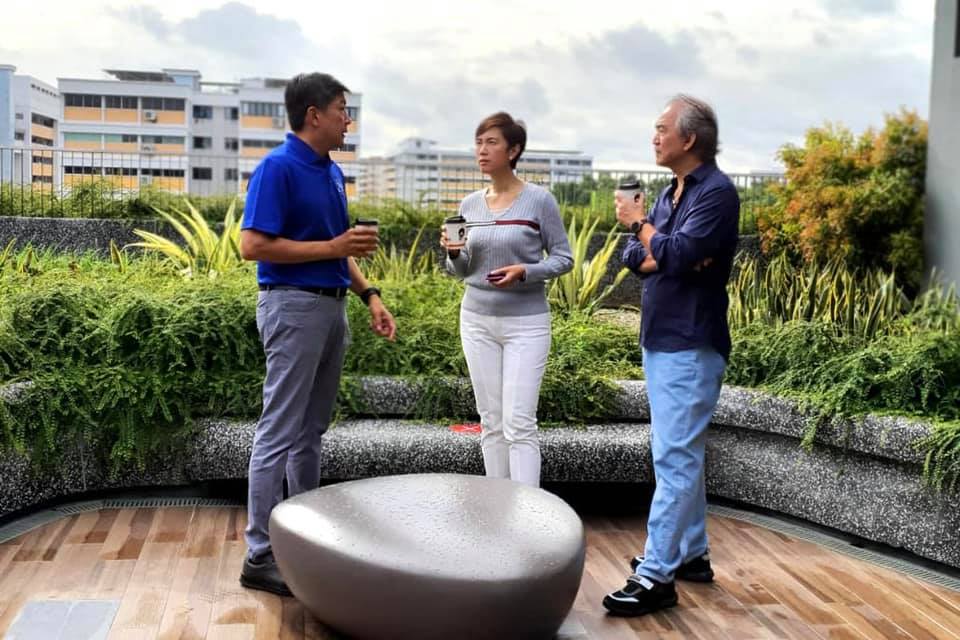 He felt the post reiterated a continuation of the Minimum Wage Plus sectoral approach.

However, Mr Singh proposes a universal minimum wage system that will work concurrently with the existing plan.

It should be $1300 as a base – and subject to regular review even as it explores sectoral improvements or what is effectively the Plus side of Minimum Wage Plus.

A moral obligation & act of solidarity

Mr Singh explains his intention for this proposal as an “act of national solidarity” with vulnerable Singaporeans.

I hope employers, businesses, unions and the Government consider this issue as one that goes far beyond dollars and cents, but as a fundamental basis of our national solidarity.

Stating that it reaches beyond a “moral imperative”, he emphasises how this move may define us as Singaporeans.

After all, our treatment of those who are vulnerable reflects on us as a society.

This is certainly not an easy decision, as it concerns the welfare of our nation as a whole.

A tricky socioeconomic issue would take time and thorough reviews to find a balance between practical and compassionate policies.

We look forward to it being further addressed in upcoming Parliament sittings in hopes that a solution may be found.