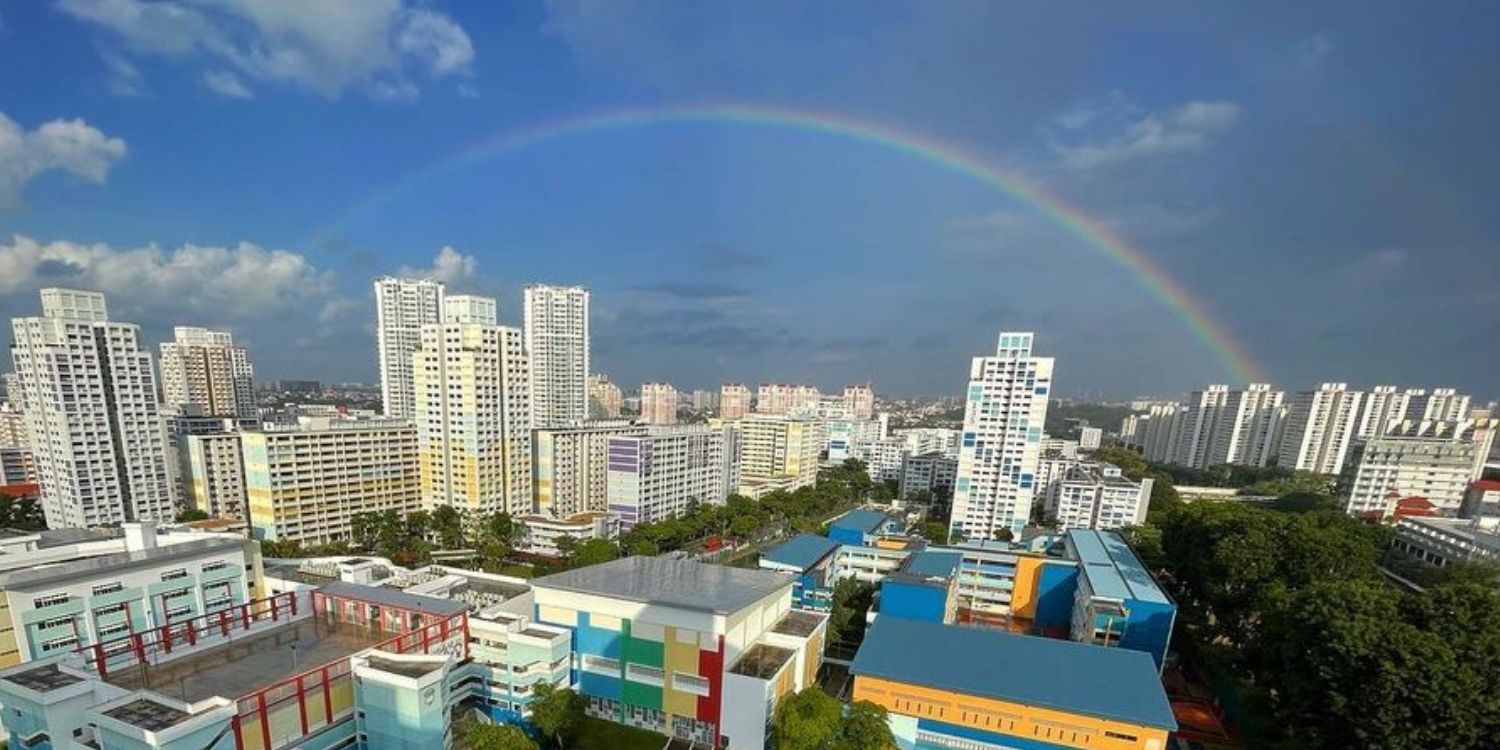 Full Rainbow Seen After Rain On 1st Day Of Ox Year, Some Saw A Double Rainbow

By now, Chinese Singaporeans would have started celebrating the Chinese New Year (CNY) in earnest with their relatives.

However, some might have lamented that this year’s celebrations are muted due to various measures aimed at containing the spread of Covid-19.

Hopefully, their spirits were lifted by a sign of hope that emerged on Friday (12 Feb), the very 1st day of CNY – a sweeping rainbow that stretched to a complete arch. 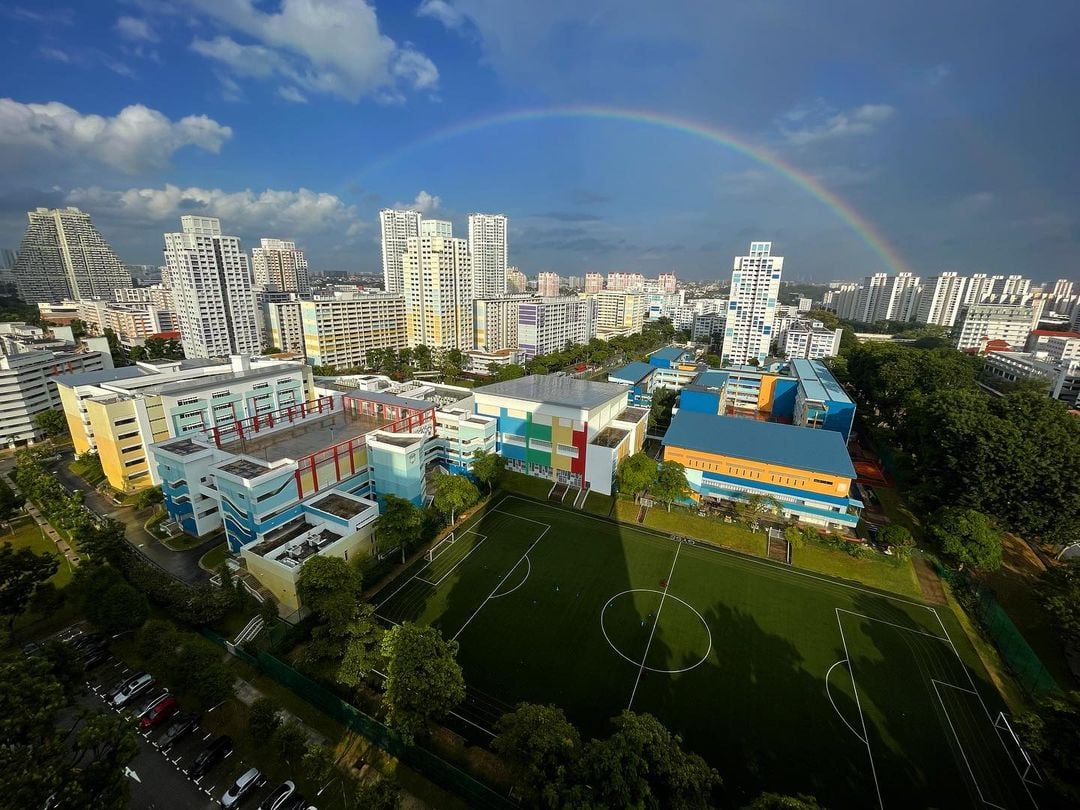 The rainbow as seen in Bishan.
Source

Hopefully, the majestic sight portends an Ox Year filled with joy and radiance, where we can look forward to things getting closer to pre-Covid times.

Rainbow seen in many locations

The rainbow followed quick showers, and was seen in many locations across Singapore, with the above netizen taking his photo in Bishan.

Another netizen caught sight of the phenomenon near Gardens By The Bay. 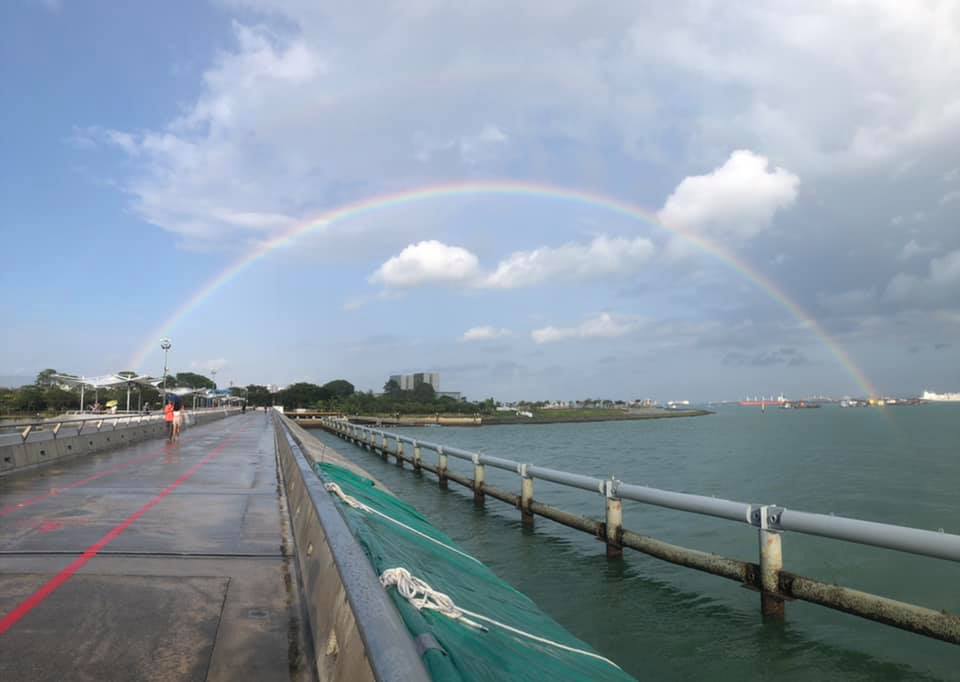 Those who visited the attraction certainly got an unexpected treat. 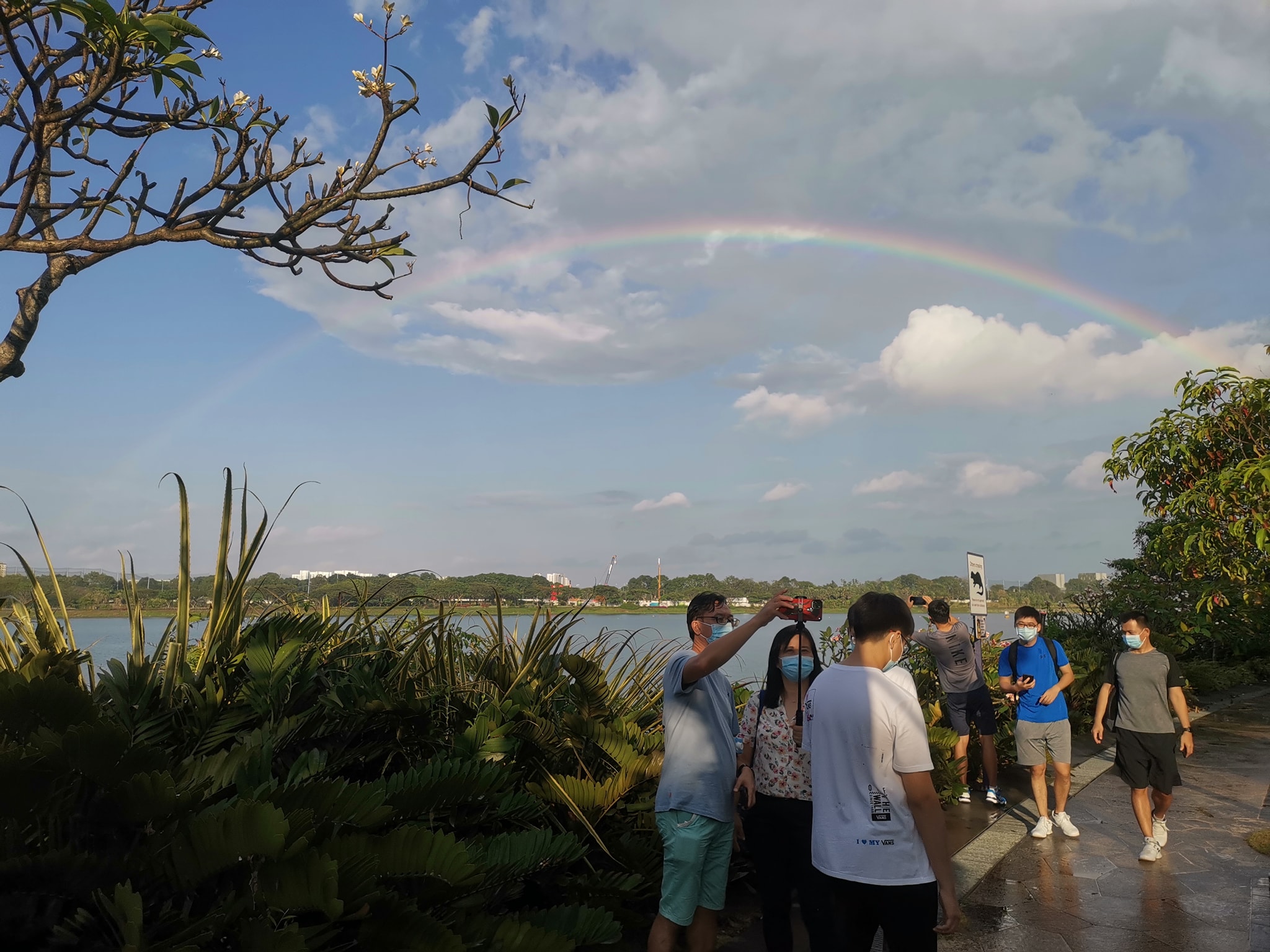 The awe-inspiring sight was also caught over Parliament House. A previous rainbow sighting there had been interpreted by Prime Minister Lee Hsien Loong to be a sign of hope and optimism. 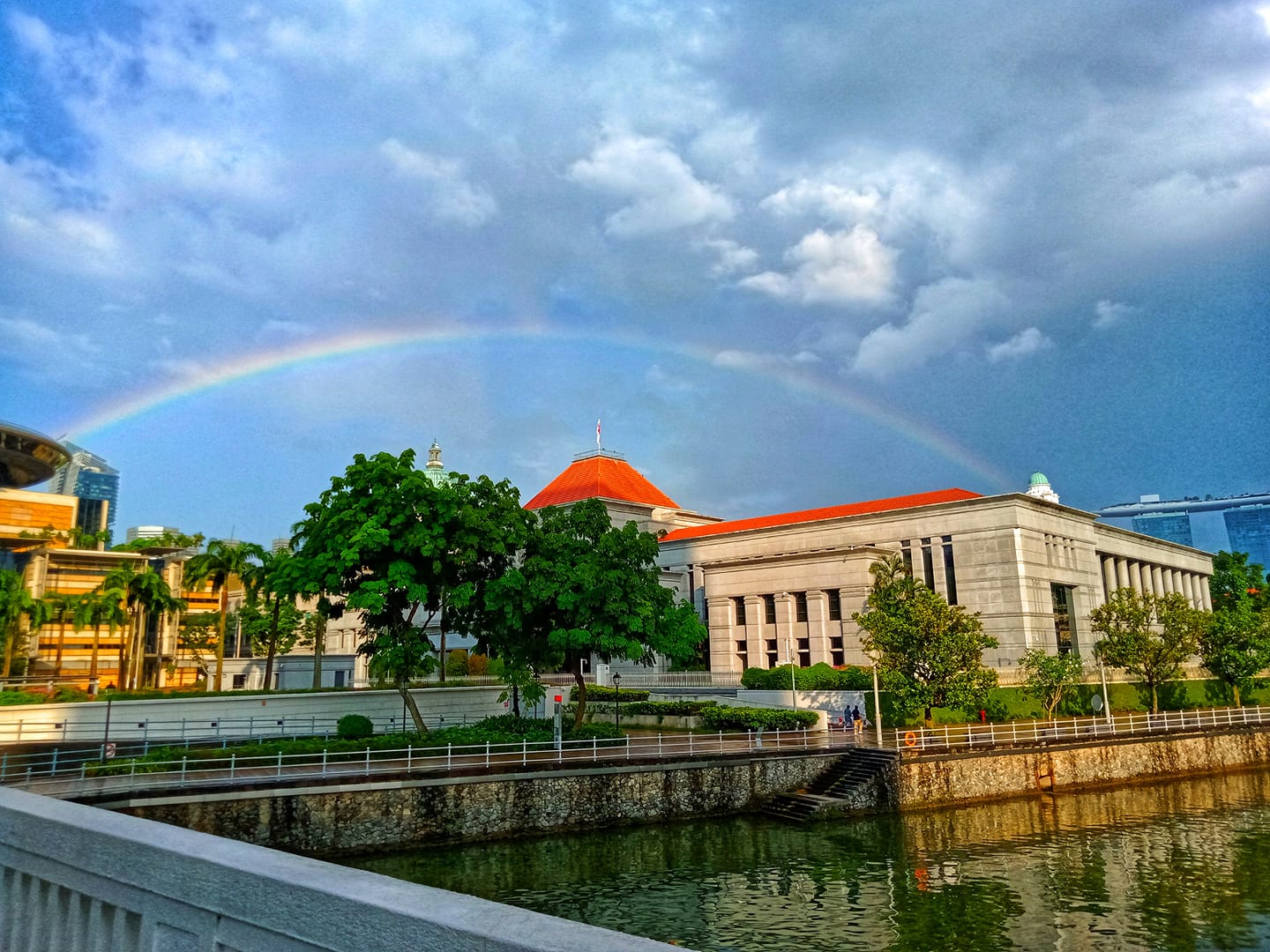 Over at Serangoon, a netizen was fortunate to take a photo of the arch over the Australian International School in Lorong Chuan at about 5.35pm. 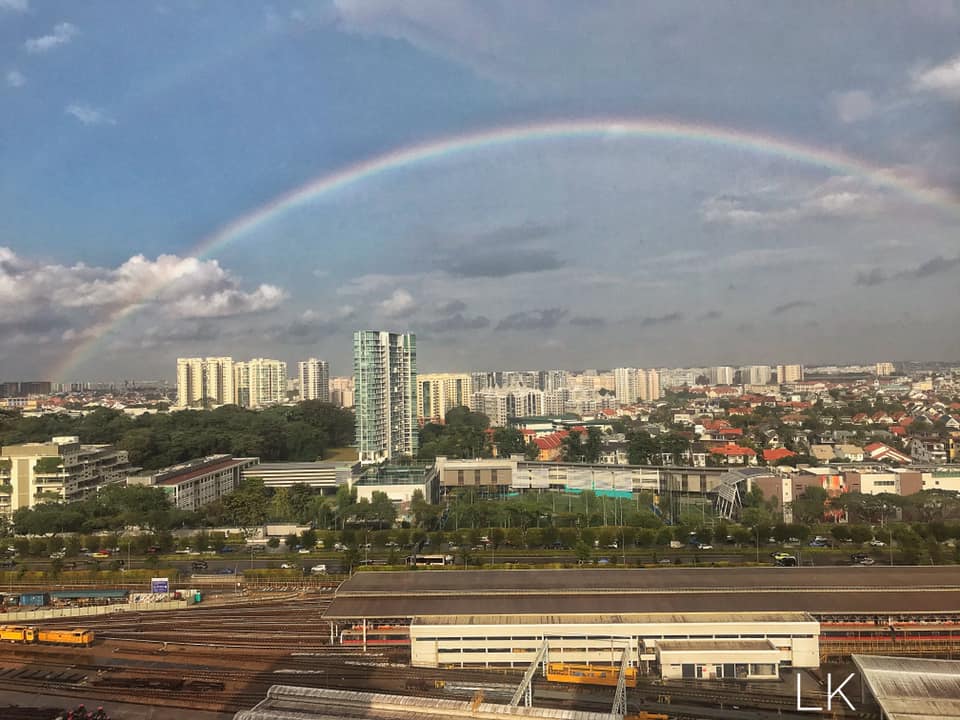 While other netizens didn’t have to go far – they could see it by merely looking out their windows. 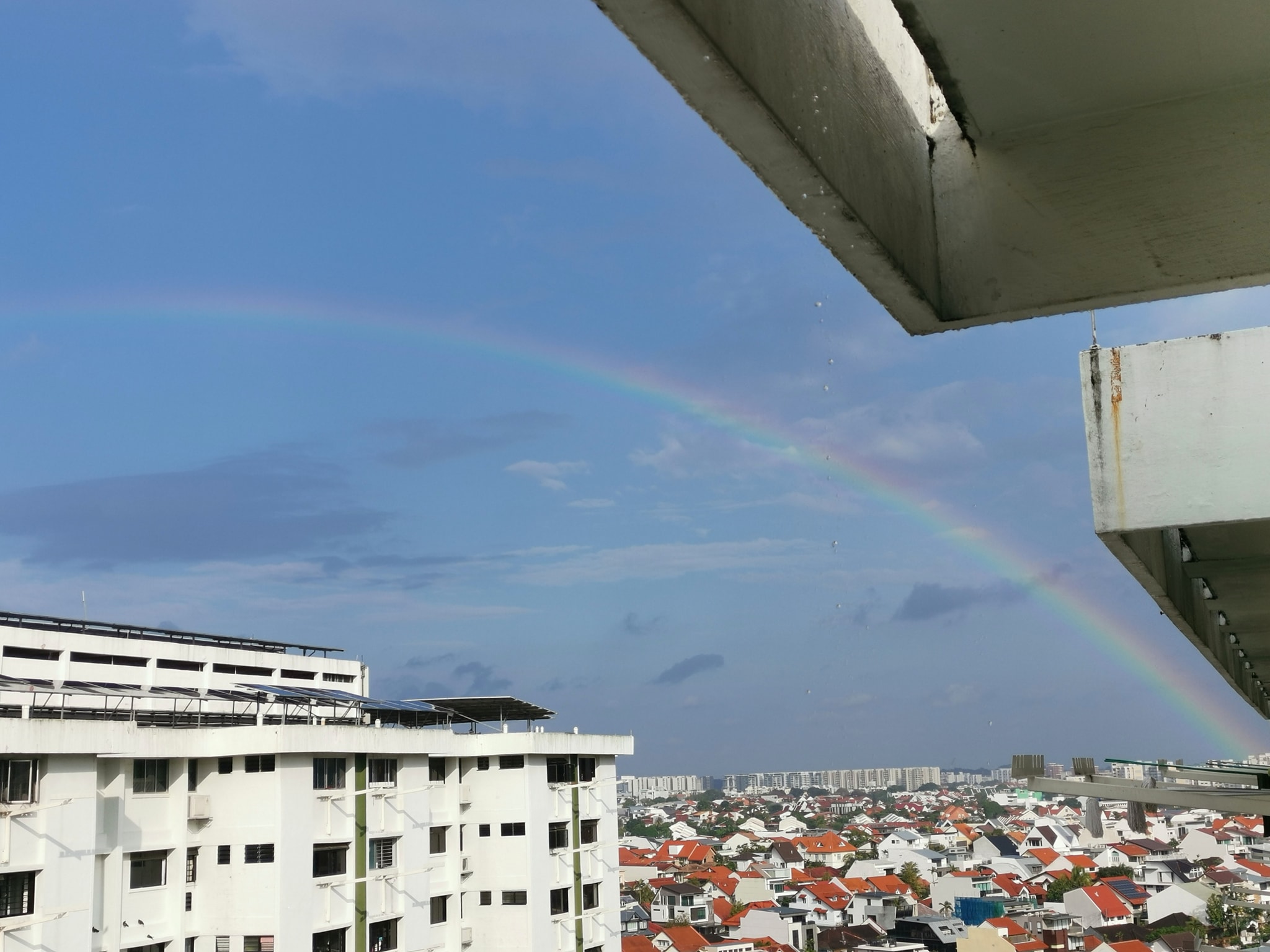 An auspicious sign indeed as we kick off the Ox Year. 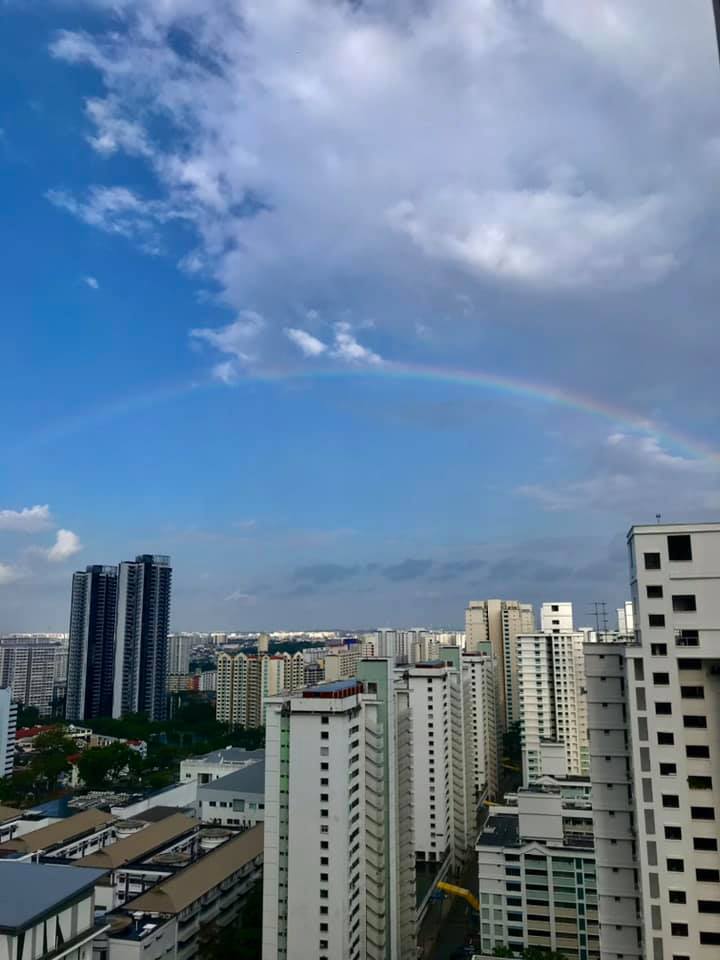 Some see a double rainbow

Some people were even luckier – they saw the beginnings of a double rainbow.

Like the one who took this photo in Compassvale, Sengkang. The faded 2nd rainbow can be seen above the main one. 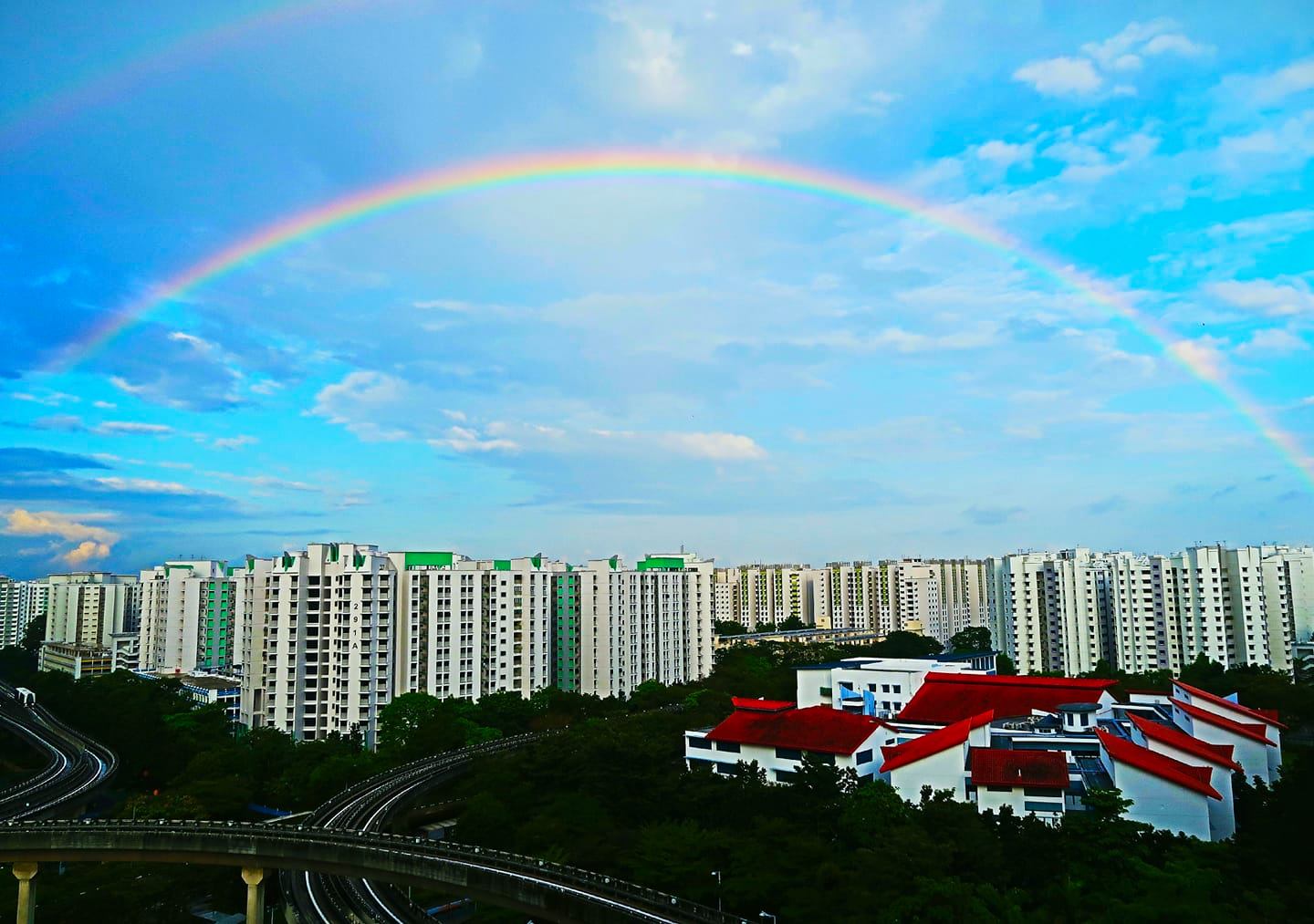 At 5.41pm, another netizen snapped this photo of the double rainbows in between appropriately cheery HDB blocks. 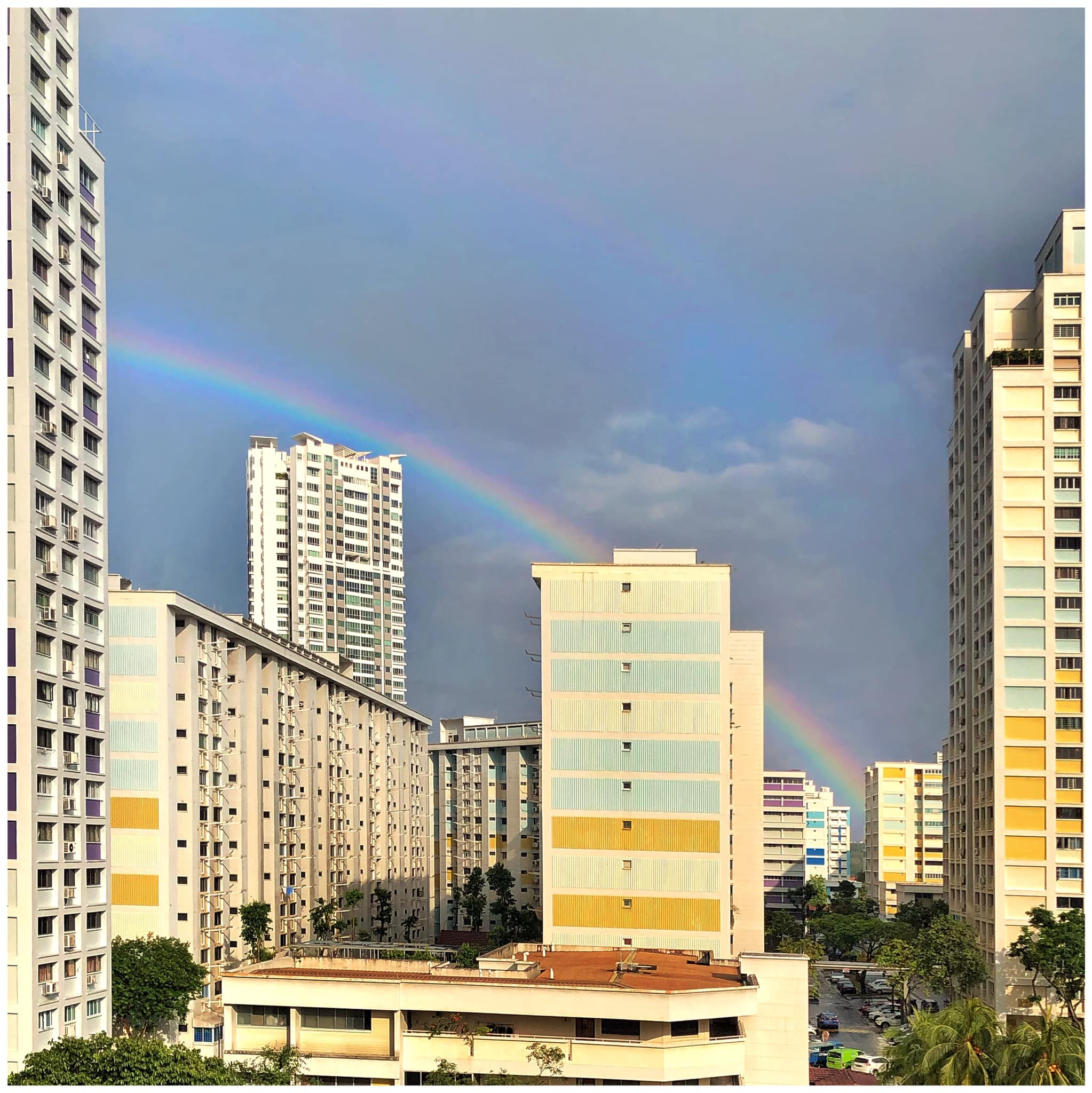 Though the 2nd rainbow is very dispersed and faded, just being able to catch a glimpse of this rare sight is cause to be grateful.

That wasn’t the only blessing seen on the 1st day of CNY.

As the day turned into night, several netizens also managed to take photos of a gorgeous sunset. The dramatic orange sky, glowing orb and darkened buildings made for a very pretty picture to end off the beginning of the Ox Year. 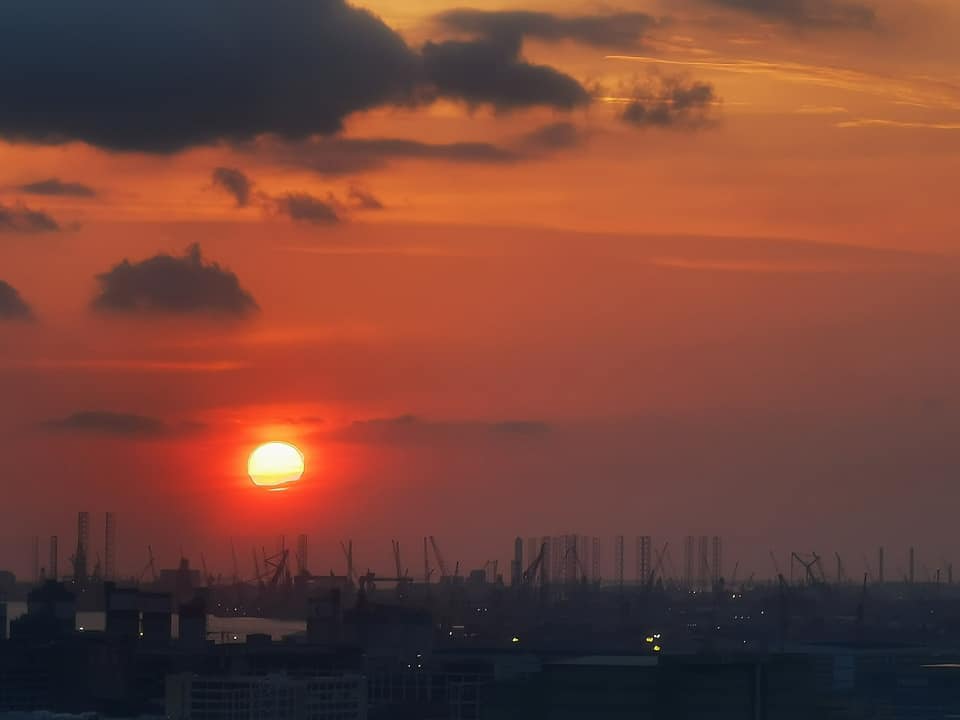 Let’s hope the golden delight means the year will be filled with equally golden opportunities. 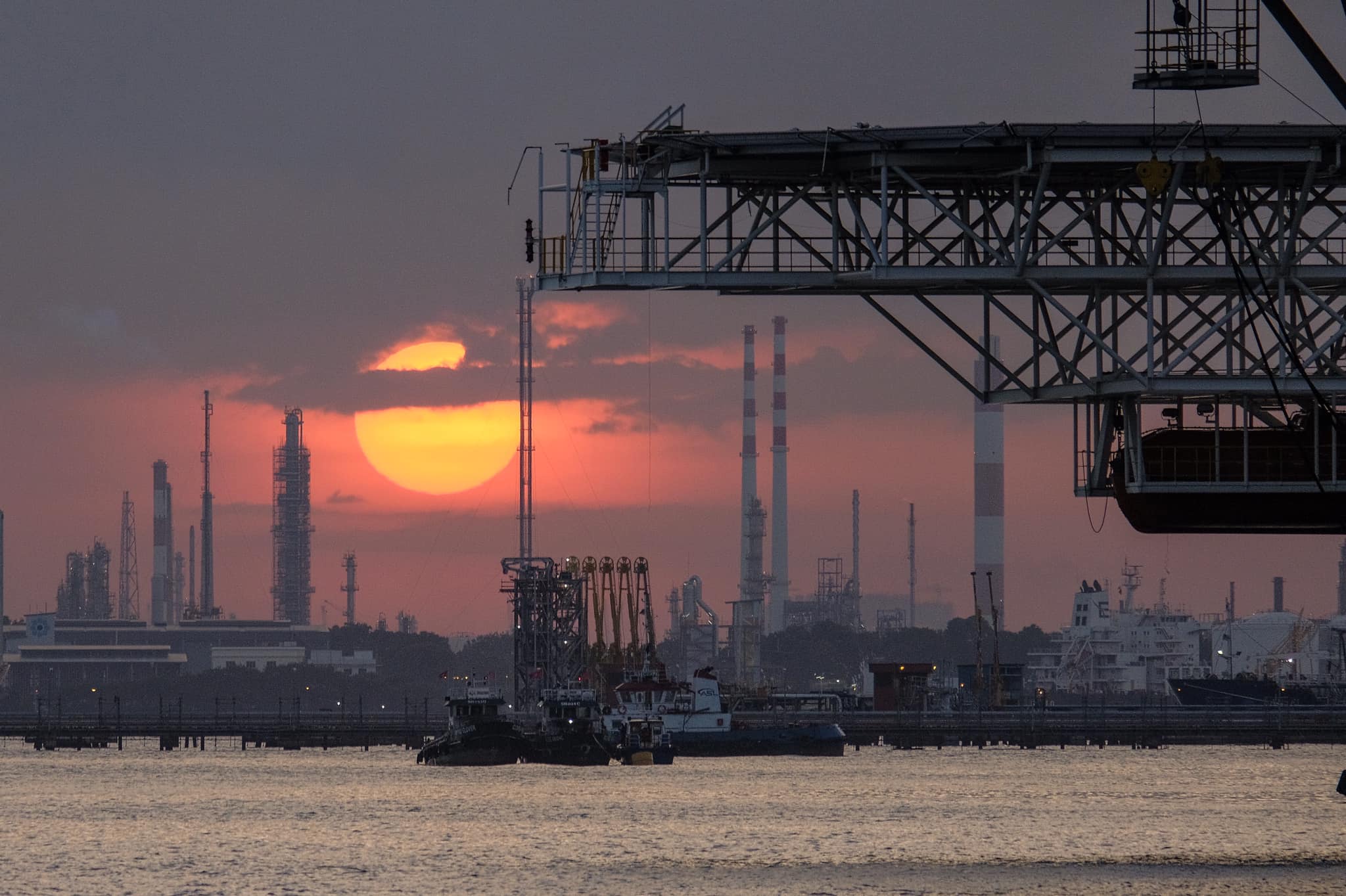 A symbol of hope

Traditionally, people have looked to rainbows as a symbol of hope.

In Singapore, rainbows have appeared at significant moments in the past year, and we’ve also taken them as a good sign.

Especially after the bleakness of the Covid-19 pandemic, the rainbows at the end of the ‘Circuit Breaker’ were seen to mean that we would overcome. So far, we haven’t done too badly.

As long as we believe, the emergence of a full rainbow could be positive for the Ox Year.

M’sia PM To Visit S’pore In May, Will Discuss Reopening Of Border With PM Lee