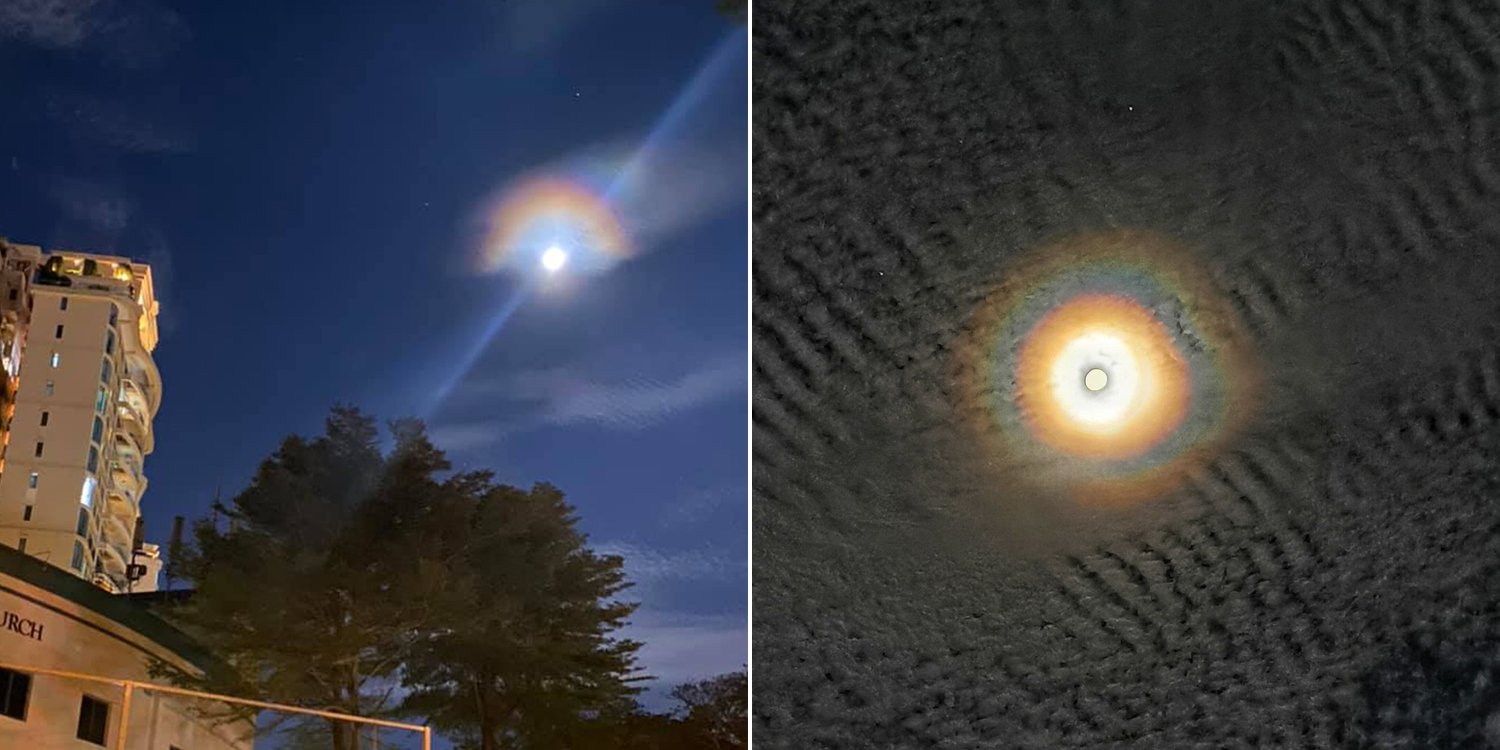 Rare Rainbow Halo Forms Around The Moon On 26 Mar

Looking up at our peaceful sky is a simple comfort after hours spent working from home. Sometimes, if we’re lucky, Mother Nature may bless us with a surprising treat.

As Singapore residents admired the night sky on Friday (26 Mar), they witnessed a rainbow halo surrounding the moon. 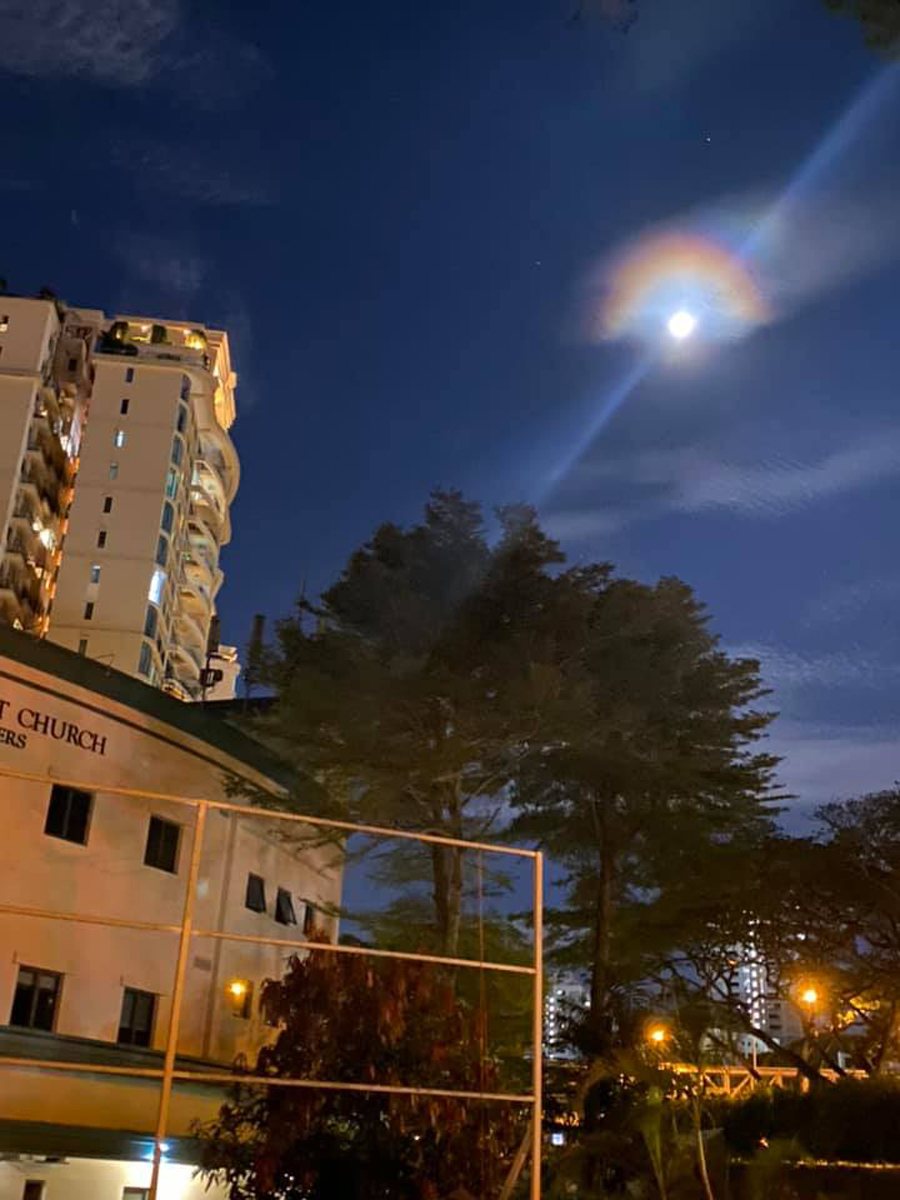 Here’s a play-by-play of how the otherworldly halo made our skies appear magical, for those who missed it.

Rainbow halo appears around the moon on 26 Mar

On Friday (26 Mar), lucky residents across Singapore shared sightings of the rare phenomenon between 7pm-9pm. 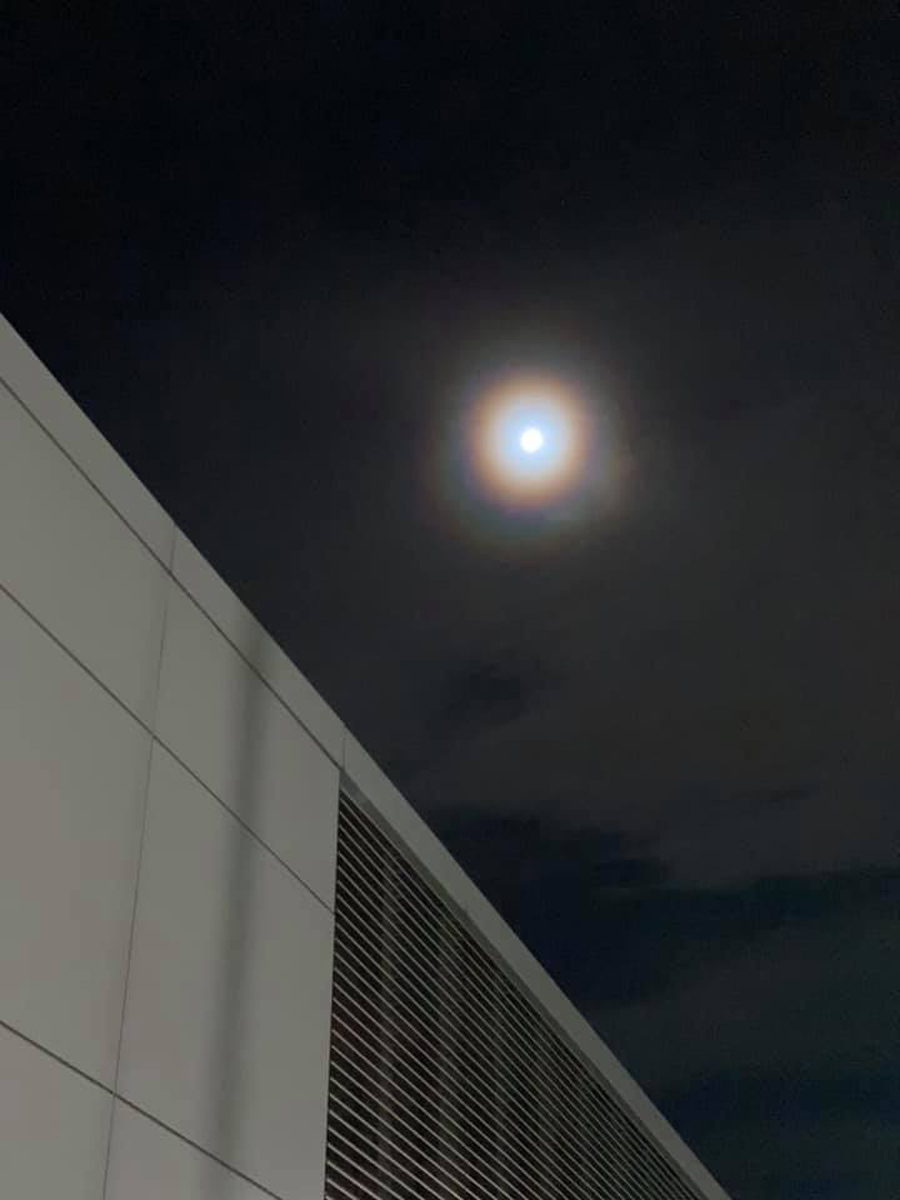 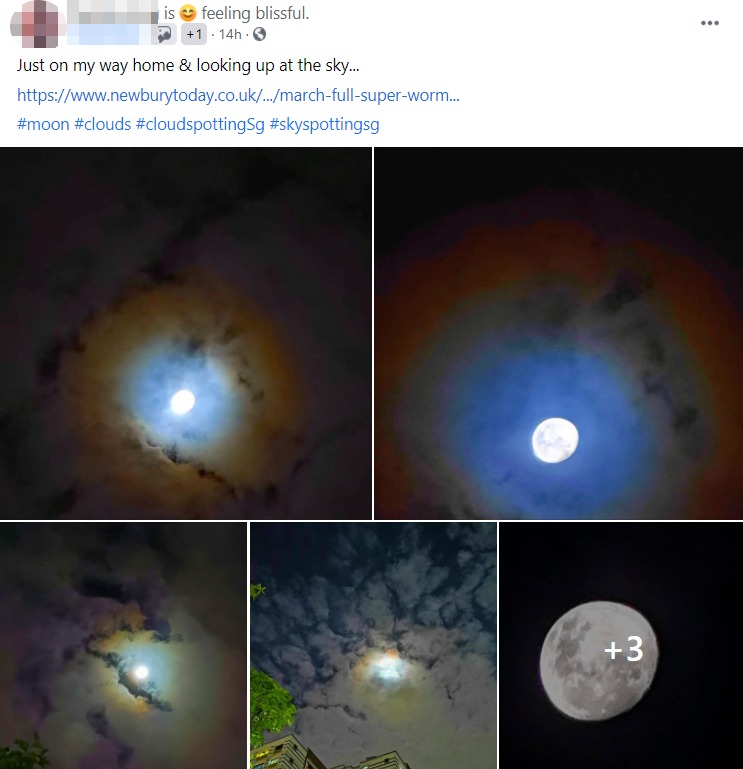 Shining brighter than ever, the moon’s luminescence wasn’t the only thing that caught people’s attention. A closer look revealed a rainbow-like ring around it, almost like a much too bright spotlight in the sky. 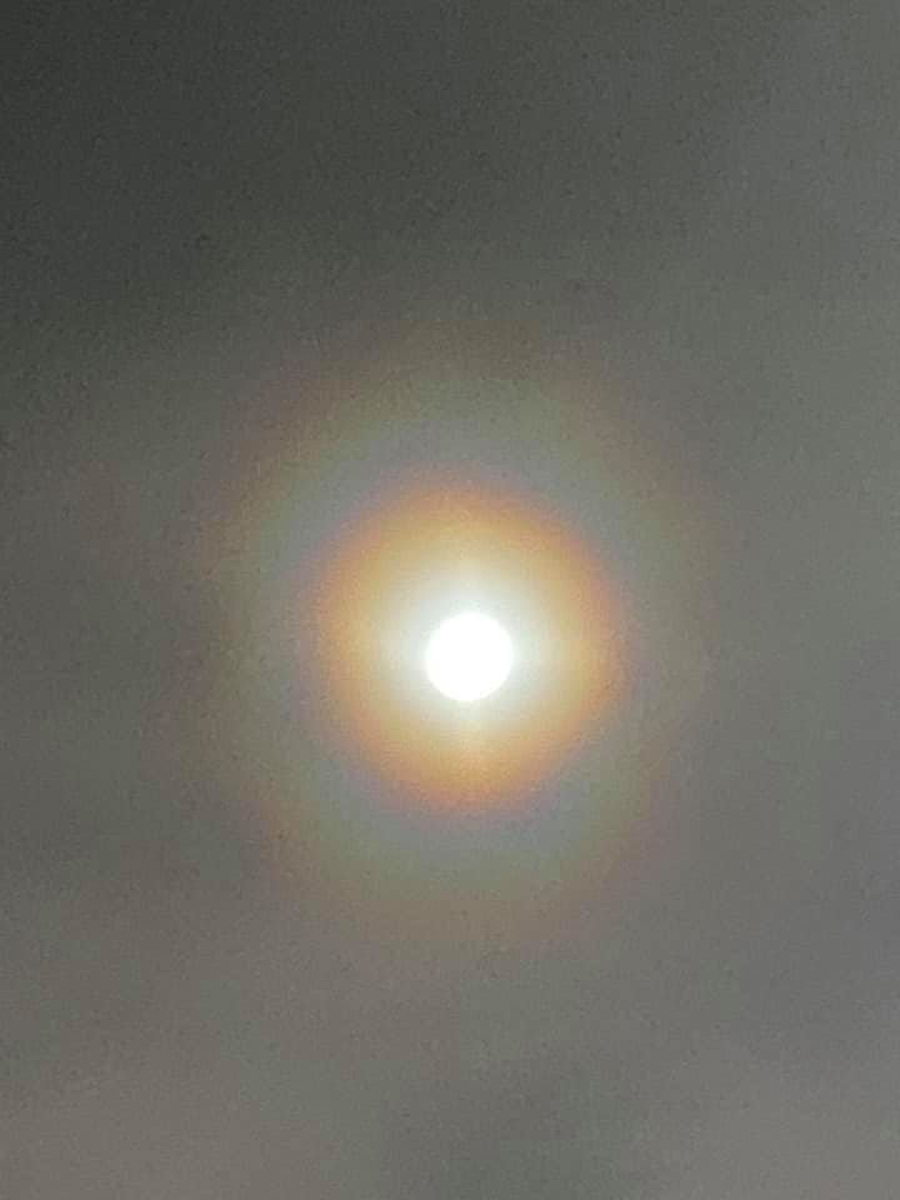 Residents in Pasir Ris were also greeted with this bedazzling halo above the White Sands shopping mall. 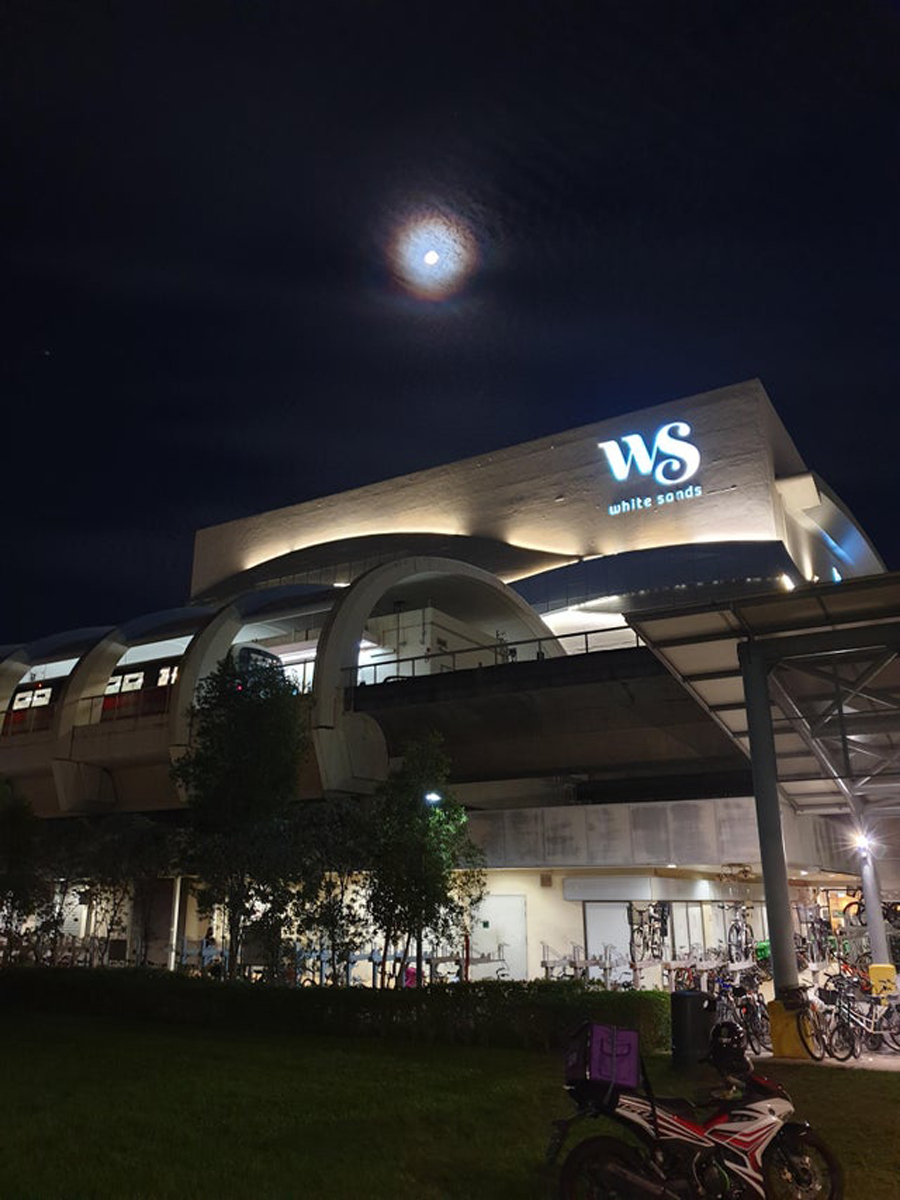 Caused by refraction of light

According to Cornell University, the halos are caused by the light of the moon passing through a thin layer of cirriform clouds or ice-crystals. 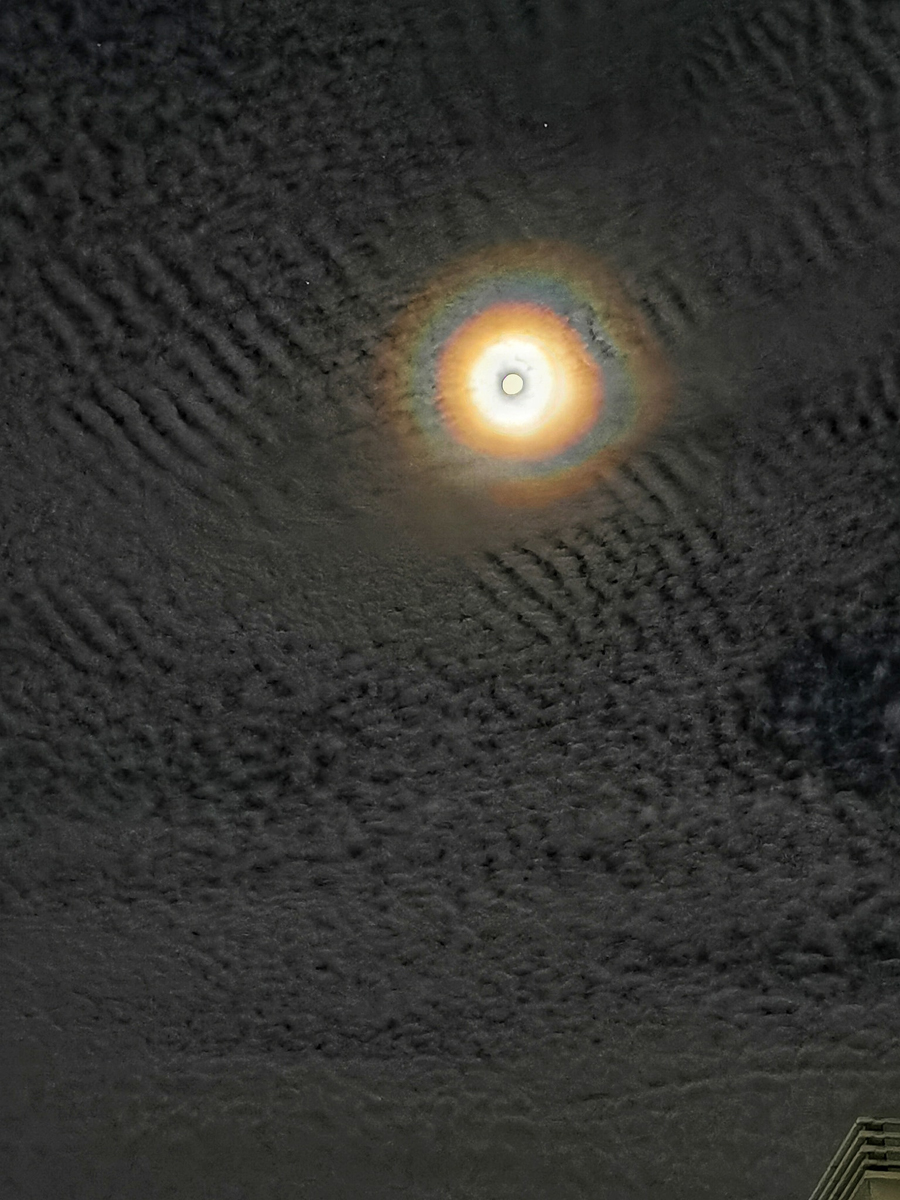 Just like how water droplets refract light to create a rainbow, the ice crystals can refract the light of the moon and create a similar effect. 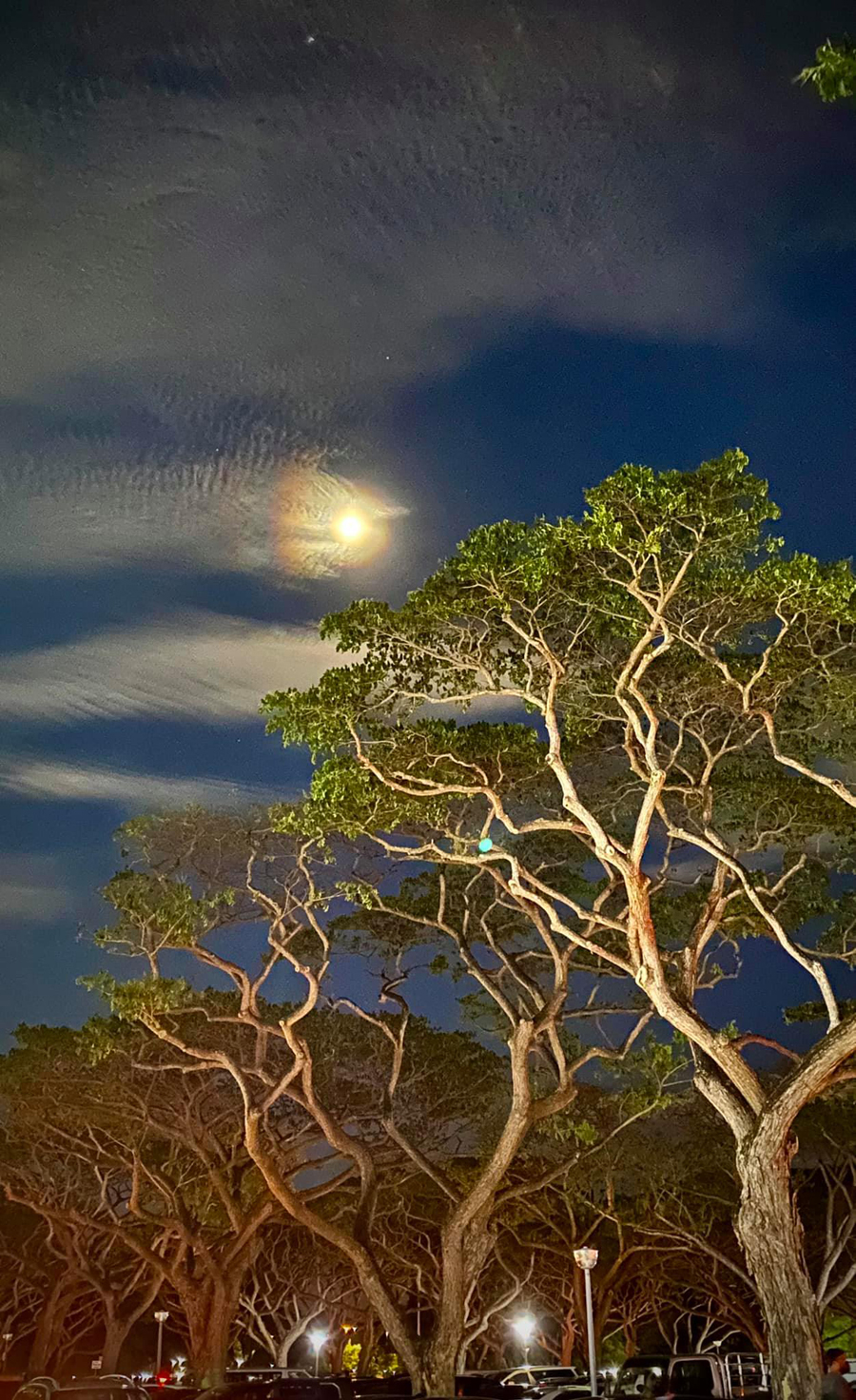 Due to the refractive properties of strong halos, sometimes you’ll see bands of colour in them.

This celestial phenomenon reminds us that if we take time to appreciate nature, we may bear witness to rare events that can take our breaths away.

That said, we hope you’ll be in the right place at the right time the next time something like this happens.

Did you manage to snap pictures of the rainbow halo which formed around the moon? Share them in the comments.