If you’ve been keeping up with Hong Kong protests of late, chances are you must have seen pictures or videos of a kiasu woman lifting a red suitcase across a sea of protestors at the airport. 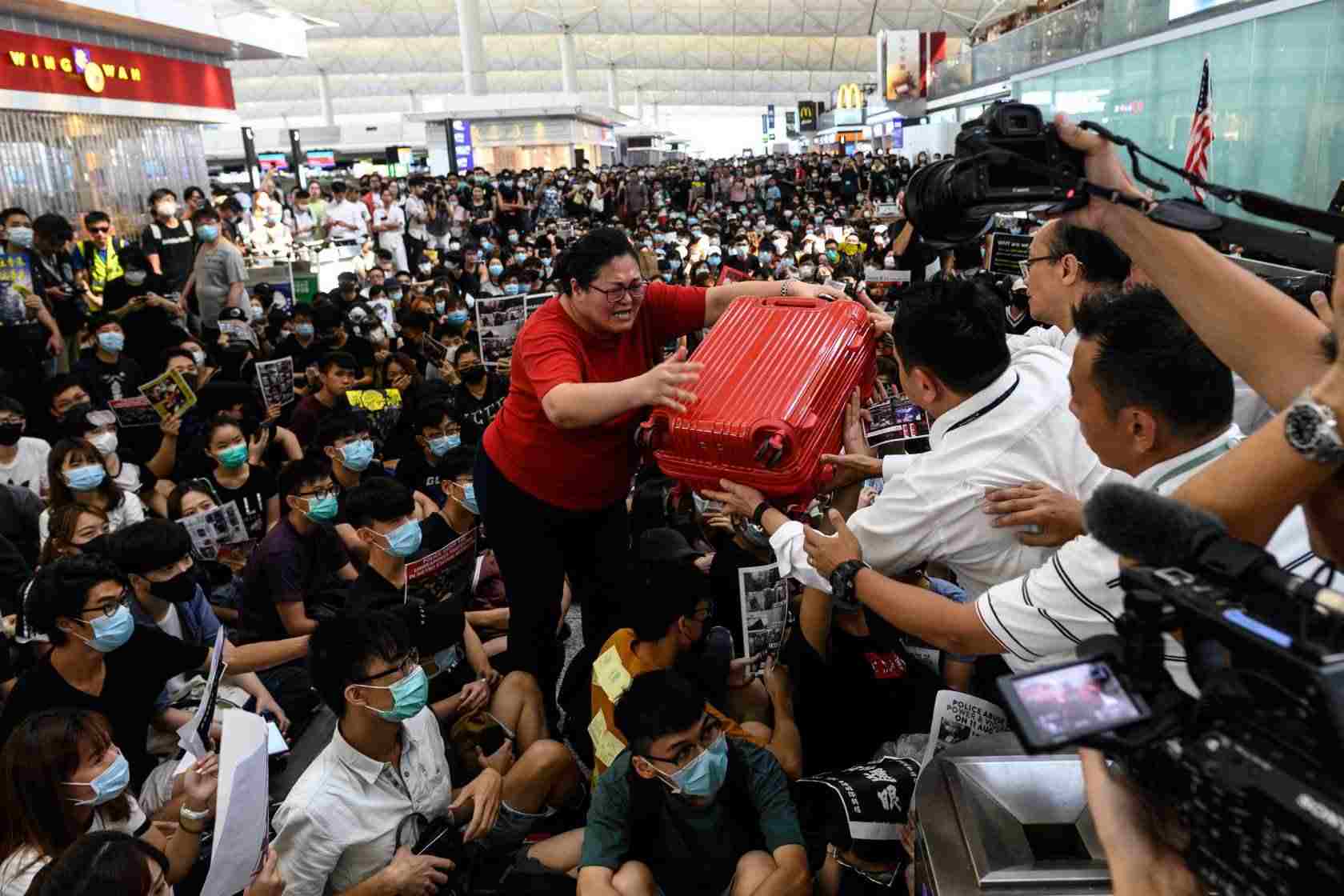 Turns out, the lady in red is in fact a Singaporean who was desperately trying to check in to catch a flight back home.

According to a Facebook user, the Singaporean lady reached the Hong Kong Airport at around 2pm on Tuesday (13 Aug) to catch a flight back to Singapore but was met with a sea of protestors seated in the departure hall.

The Facebook user, named Jiang Liu, claims to be friends with the Singaporean lady. Her Facebook post, which is in Chinese, can be found via the attached link.

Jiang Liu claims that her friend started to panic upon seeing the large crowd.

As time went by, the crowd only grew larger, and the Singaporean lady allegedly felt more and more trapped.

In a last-ditch attempt, the lady decided to raise her luggage above her head and successfully made her way through the crowd before passing it to the security officers.

After handing her suitcase over to the security personnel, the Singaporean lady then had to “trekked through” the protesters to reach the departure gate.

This female passenger became the centre of a small storm as she trekked thru the #AntiELAB protesters to North departure gate. "I just want to go home," she said. She didn't accept intv before passing the gate. Some young protesters, including a girl, said they were stepped on pic.twitter.com/vUVuorWKUy

She allegedly stepped on several seated protesters while trying to do so.

The pictures, which captured the “helplessness” of the tourist highlights the chaos in the Hong Kong Airport. It has been used in multiple publications across the world including CNN, Guardian News, and even CNA.

The bright red of the lady’s top as well as her luggage provides a sharp contrast to the black and white attires worn by the protestors. 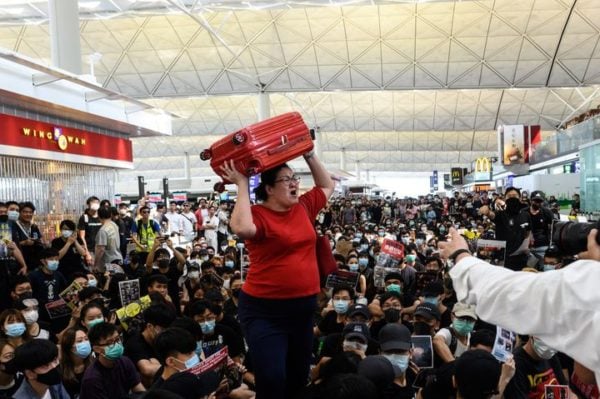 According to 8world News, the picture has been described as “historic” with some going as far as claiming that it is deserving of a prize.

While there’s no doubt that the aesthetics of the pictures are clearly ‘on point’, it also highlights the predicament that tourists in Hong Kong trying to return home are currently in.

We hope that the protests which have gripped Hong Kong for the past weeks will subside soon, and both sides will be able to work out a resolution to the ongoing conflict.