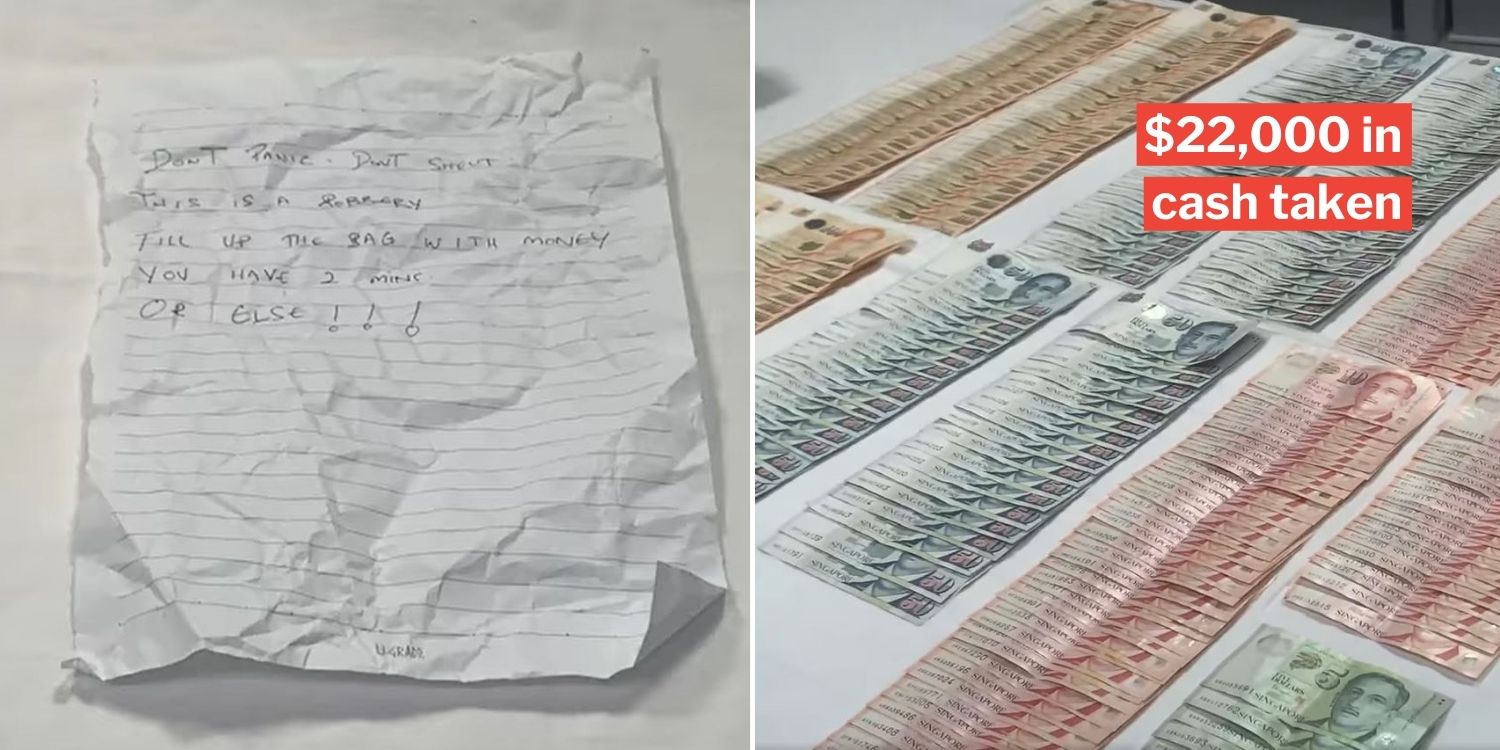 Singapore’s generally a safe country, and our businesses don’t usually have to worry too much about criminals.

However, moneylenders are still a prime target for robberies, as they usually have lots of money on the premises.

A moneylender in Bukit Batok was the latest such business to be robbed, with the alleged robber making off with $22,000 in cash. 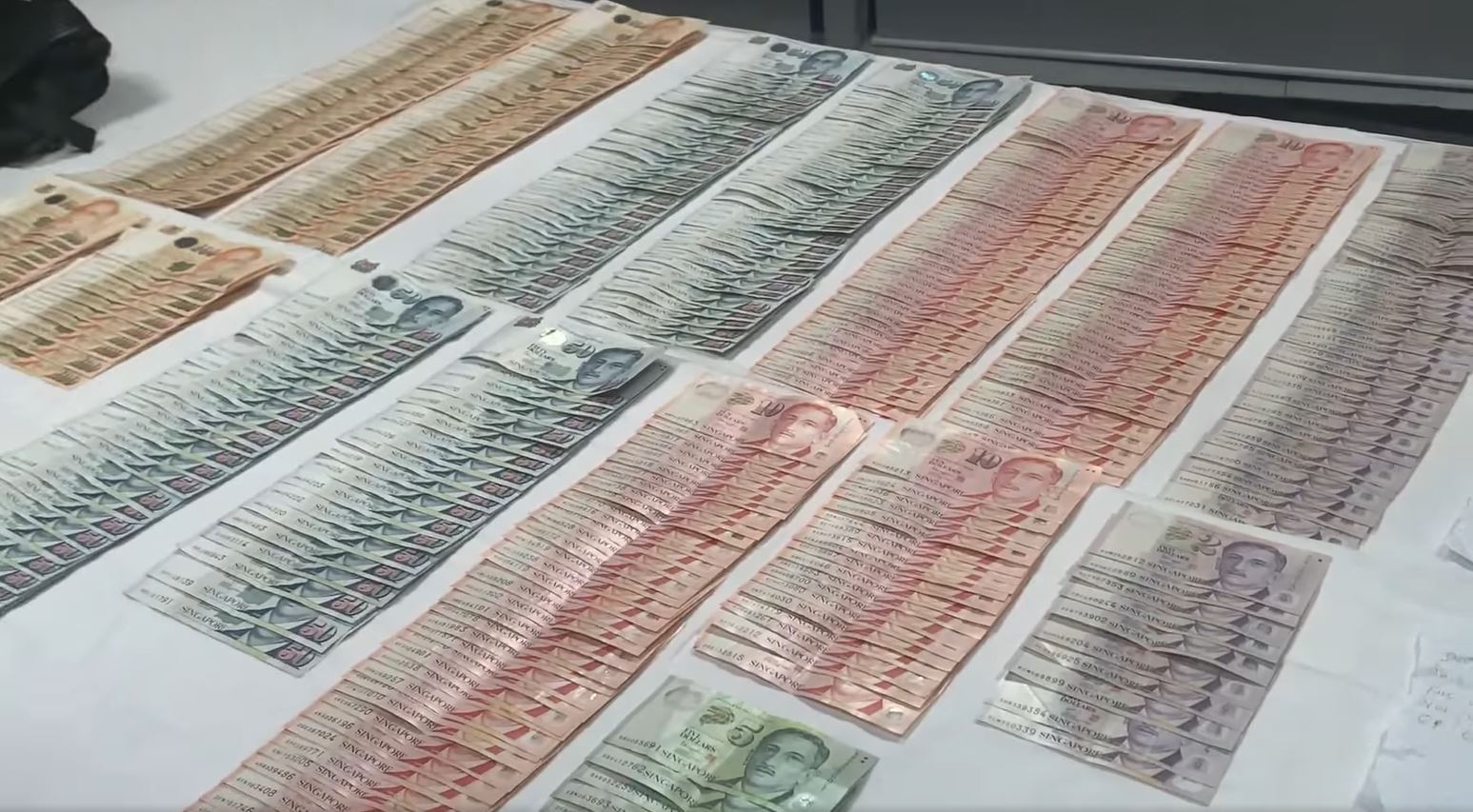 He did this by allegedly showing staff 2 threatening notes.

Moneylender is in Bukit Batok St 13

The incident took place at 7.13pm on Thursday (8 Jul) evening, according to Shin Min Daily News.

The unfortunate outlet was a licensed moneylender on Bukit Batok Street 13.

The man reportedly entered the premises at about 7pm and showed a female staff there 2 notes.

Don’t panic. Don’t shout. This is a robbery. Fill up the bag with money. You have 2 mins. Or else!!! 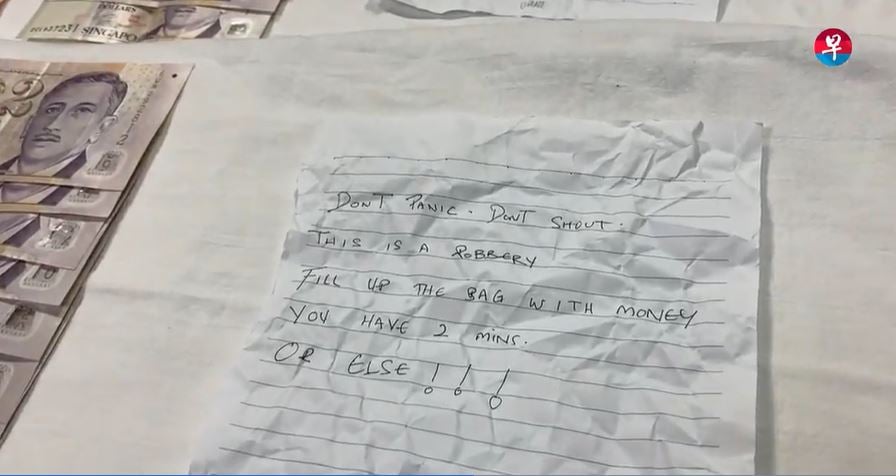 This is a robbery. Don’t shout. Don’t panic. Put all the money in the bag and nobody will get hurt. 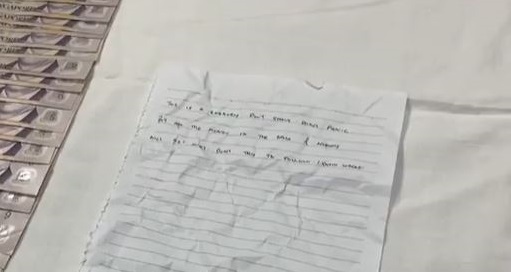 He also allegedly indicated that he had a knife in his bag.

He then left the premises.

The Singapore Police Force (SPF) was alerted to the incident at about 7.15pm that night.

They used CCTV footage to help identify the man and his whereabouts, Shin Min quoted the police as saying.

The suspect, a 30-year-old Singaporean, was arrested at Lorong 8 Geylang just 11 hours later. 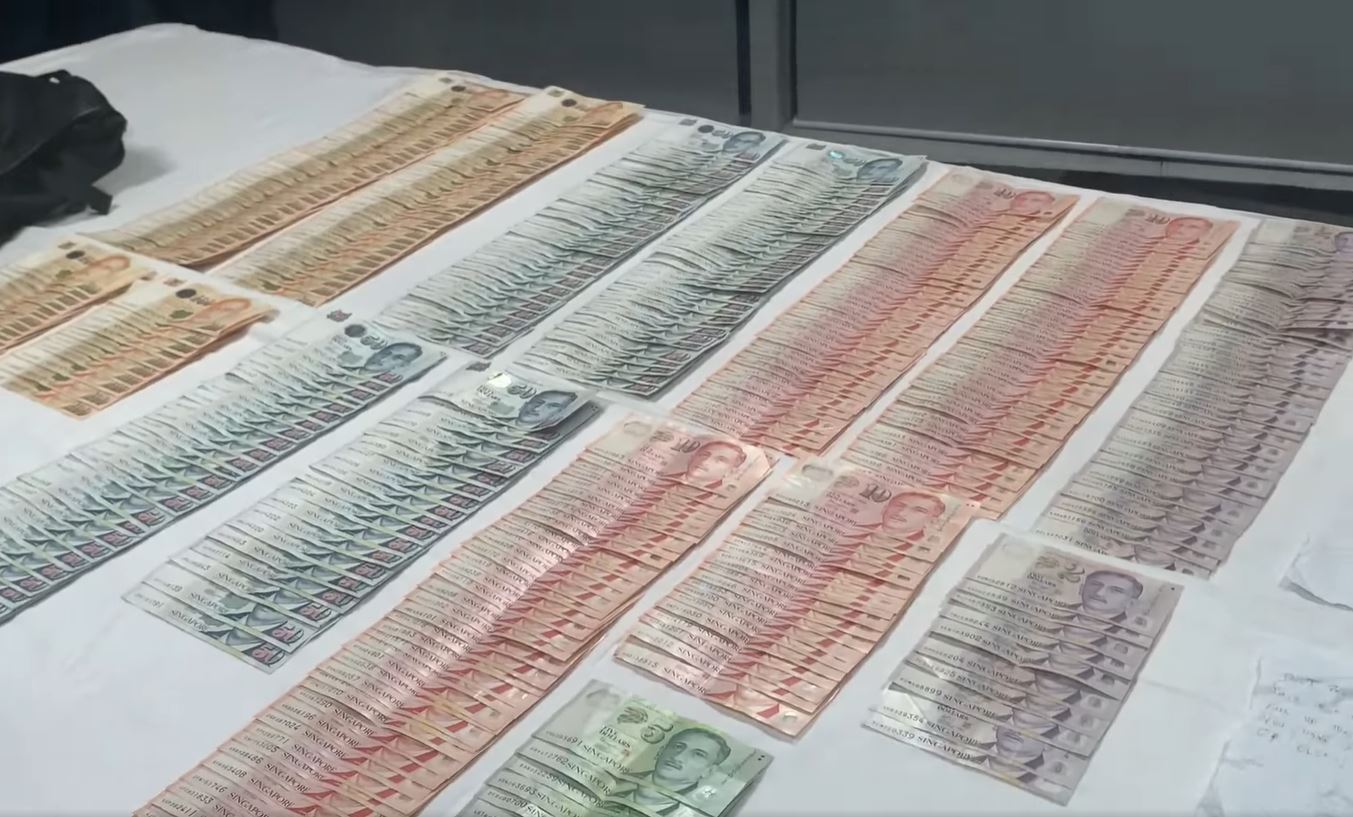 The 2 notes and a bag were also taken from the suspect, and displayed at a press conference on Friday (9 Jul).

The police are still tracking down the rest of the cash, as well as the knife purportedly used.

Suspect to be charged on 10 Jul

The man will be charged in court with armed robbery on Saturday (10 Jul).

According to the Penal Code, those convicted of carrying out a robbery between 7pm-7am face up to 14 years’ jail and 12 strokes of the cane.

Those convicted of armed robbery face up to 12 strokes of the cane.

Thus, the man faces up 14 years’ jail and 24 strokes if convicted.

Kudos to SPF for fast action

The staff who received the notes must have been very afraid indeed – no one should have to fear for their lives while doing their jobs.

Thankfully, no one was injured and most of the money was safely recovered.

Kudos to the police for apprehending the suspect fast and protecting the public from further potential danger.