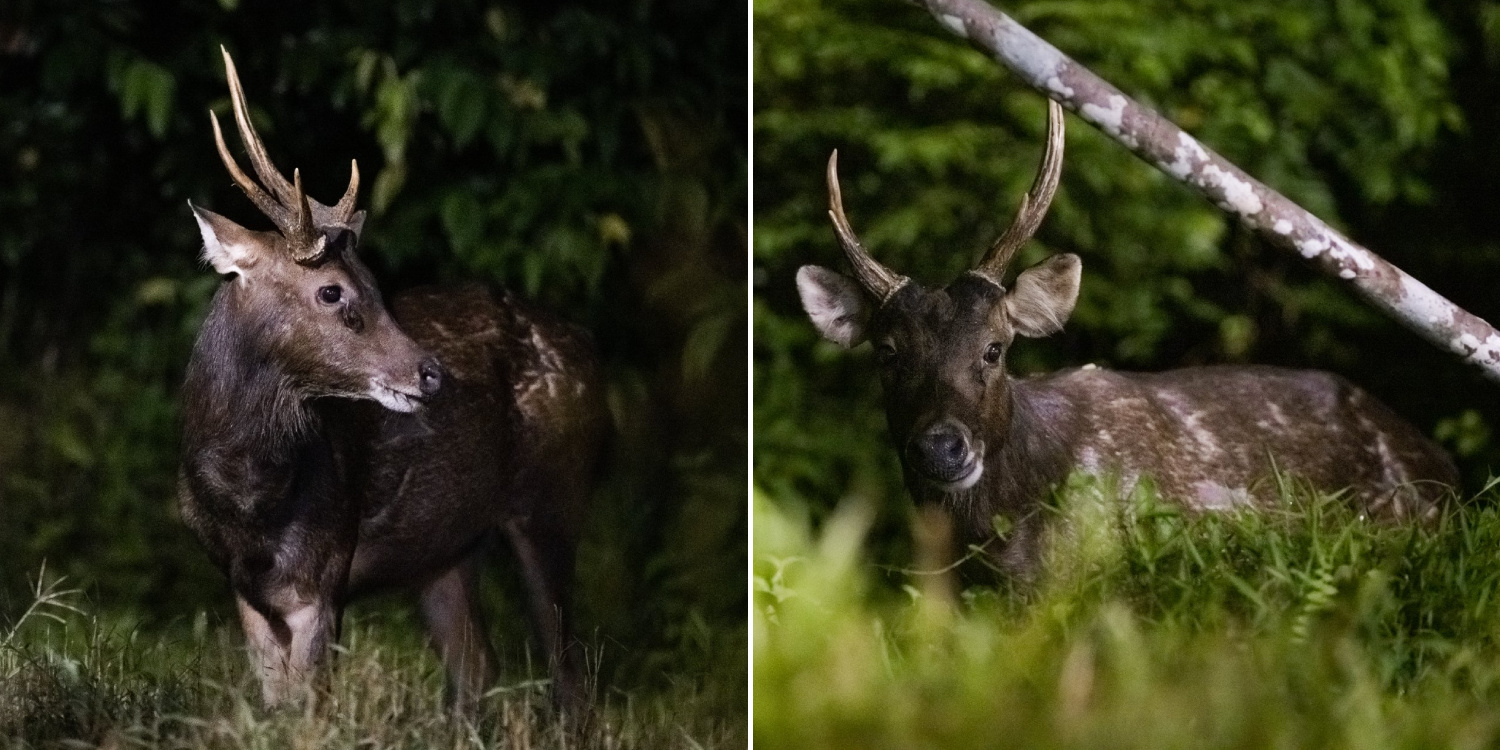 One of them was identified as a male named Dasher.

As Singapore continues to develop and urbanise, it’s always nice to have a reminder that our wildlife is still flourishing.

While we may not get to spot these animals often, particularly the more elusive ones, some folks are lucky enough to snap photos and videos for the rest of us to admire.

One Singapore photographer was recently camping out in the Central Catchment Area when he was greeted by a herd of rare sambar deer.

He quickly grabbed the opportunity to capture footage of the magnificent animals, delighting other wildlife enthusiasts.

He wrote that the sighting happened in the Central Catchment Area. In his caption, Mr Tan described the deer as “surprisingly” light-footed for their size, adding that they slowly moved closer toward the streetlights as they munched on leaves and grass.

They did not stay long and disappeared back into the darkness as suddenly as they appeared.

Speaking to MS News, Mr Tan shared that on that night, he and a couple of other friends, who enjoy wildlife photography like himself, were camping out and waiting to spot sambar deer. 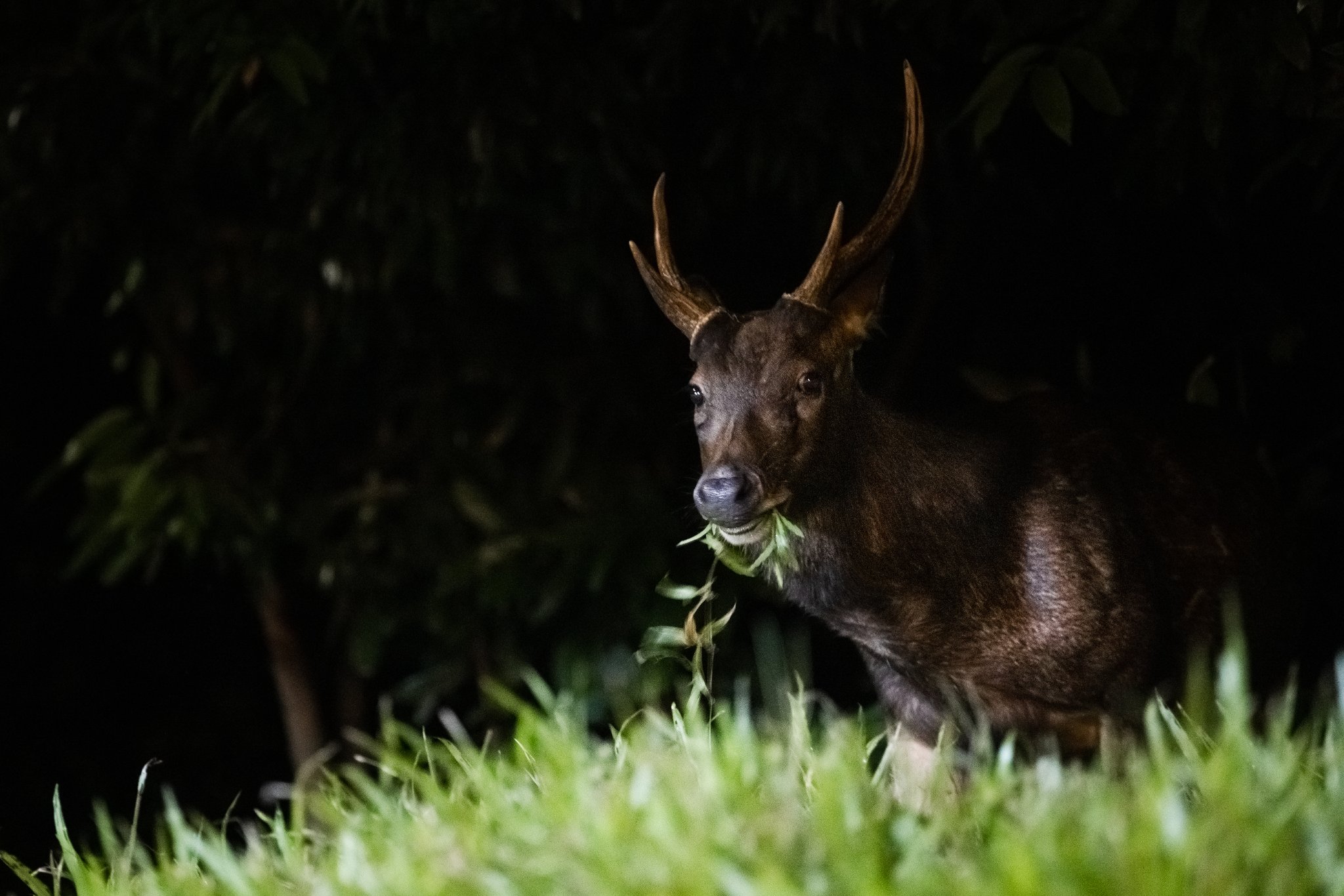 The group would usually wait at a spot by a public road between midnight and 6am, and “hope for the best”.

They were about to fall asleep when their patience paid off.

Suddenly, a herd of sambar deer emerged from the forest. Mr Tan then quickly got to work snapping and filming away.

In his post, Mr Tan pointed out how amazing it was that a country as urbanised as Singapore is still home to these rare creatures. 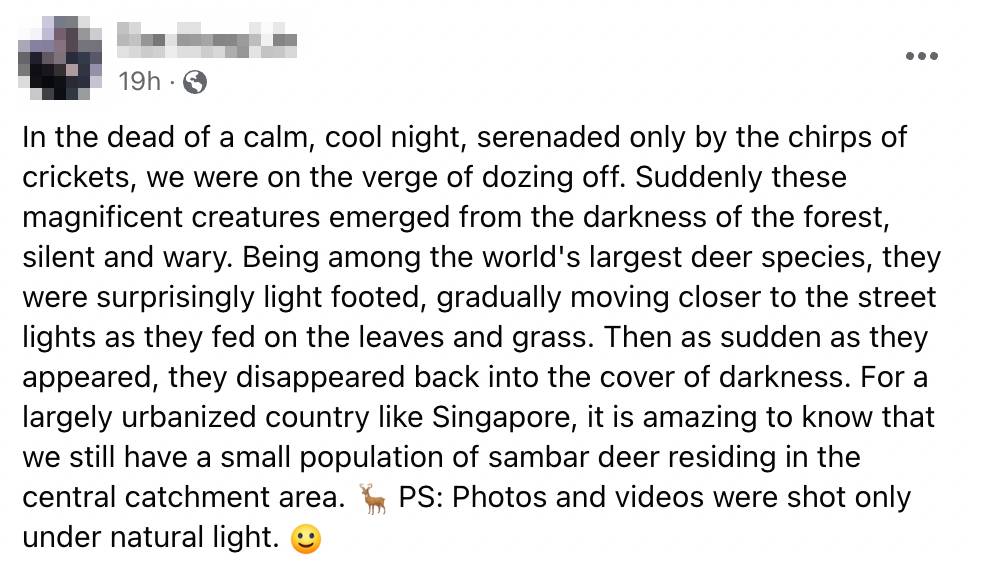 According to Mr Tan, this was his first time capturing the sambar deer on camera. He previously saw one many years ago during “a chance encounter”, but he did not manage to take any photos.

In addition, he has also encountered wild boars, civets, and buffy fish owls in the area.

While the brightness and crystal clear sharpness of Mr Tan’s photos make it look like he had set up spotlights, he clarified that the photos and videos were taken completely under natural light.

Animal lovers were certainly amazed and left effusive comments gushing over the pics.

Some even expressed their surprise that such deer still exist in Singapore.

One user was even able to identify one of the deer as a male named Dasher, who apparently loves feeding on the cinnamon and tapioca leaves in the area.

He also commended Mr Tan for keeping a safe distance from the animals and introduced him to Bruno, another sambar deer that frequents the area, hoping that Mr Tan can meet it soon. 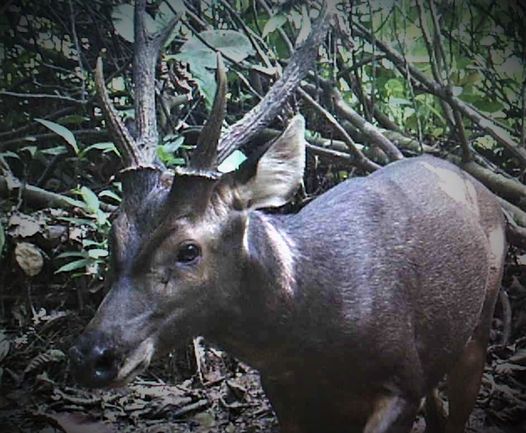 Besides sambar deer, Mr Tan has also photographed numerous other animals, which he shares on his Instagram page.

Happy to know that wildlife is still thriving

It’s heartening to know that such beautiful and majestic wildlife are still thriving amidst our urban landscape.

However, as tempting as it may be to get close to them, it’s best to admire them from afar so they do not feel threatened. It’s for our own safety as well.

Hopefully, we’ll be able to see more pictures of other rare animals in their natural habitat again soon.