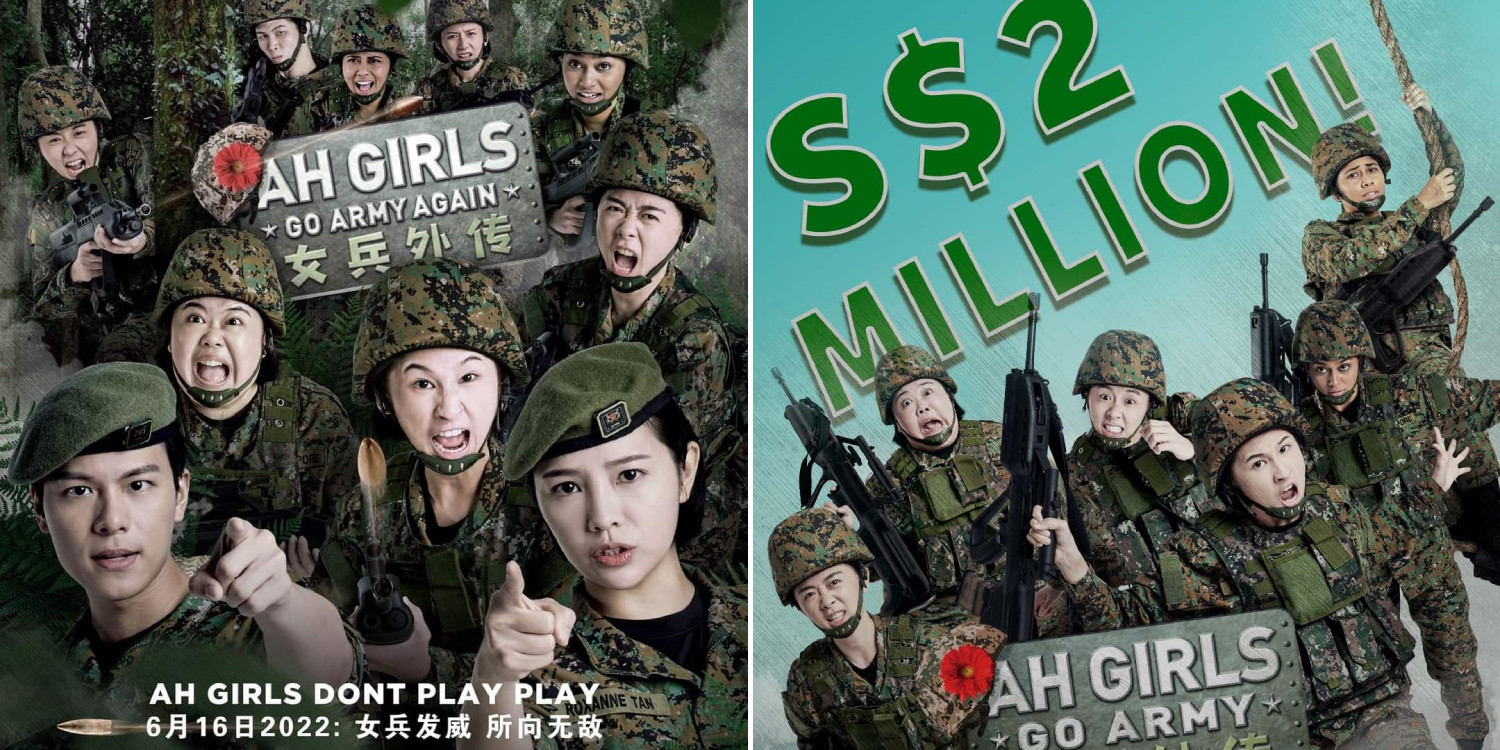 The first movie grossed over S$2 million at the box office.

While America has the Marvel and DC movies, Singapore has… Jack Neo’s cinematic universe. The renowned director has, after all, provided our country with many unforgettable films.

Amongst them is the ‘Ah Boys To Men’ franchise, which revolves around Singaporeans’ experience in National Service (NS). The latest addition to the series was ‘Ah Girls Go Army’, which is, well, about girls going to the army.

Despite its mixed reviews, the film was a success in Singapore, grossing over S$2 million at the box office.

And now, fans can look forward to catching its sequel, which hits cinemas in June this year.

Sequel comes to cinemas in June

On 23 May, J Team Productions announced that the ‘Ah Girls Go Army’ sequel, titled ‘Ah Girls Go Army Again’, will hit theatres on 16 June this year. Neo will once again be at the helm as director.

Earlier on 20 Apr, Neo had taken to Instagram to share that his team had officially completed production for two films after a gruelling 49 days. They finished shooting for ‘Ah Girls Go Army Again’ the day before.

According to Neo, the crew insisted on finishing their work despite the “terrible” rainy season. He added that audiences who need a recap or have not watched the first ‘Ah Girls Go Army’ will be able to catch both flicks in one go as they will be releasing a “marathon”.

A spin-off of its predecessor ‘Ah Boys To Men’, ‘Ah Girls Go Army’ was released in Singapore cinemas on 1 Feb this year.

The movie is set in an alternate reality where Singapore is experiencing a shortage of men and tackles the frequently asked question: What if girls had to do NS?

Despite decidedly mixed reviews and much criticism, the movie broke the S$1 million mark within three days of its release. A sequel was also confirmed less than a week after the film’s premiere.

Like it or not, it is hard to deny that ‘Ah Girls Go Army’ was a huge success.

It’s encouraging to know that Singaporeans are still supporting the local film industry, and we hope they will continue to do so with the sequel.

Are you looking forward to ‘Ah Girls Go Army Again’? Let us know in the comments.