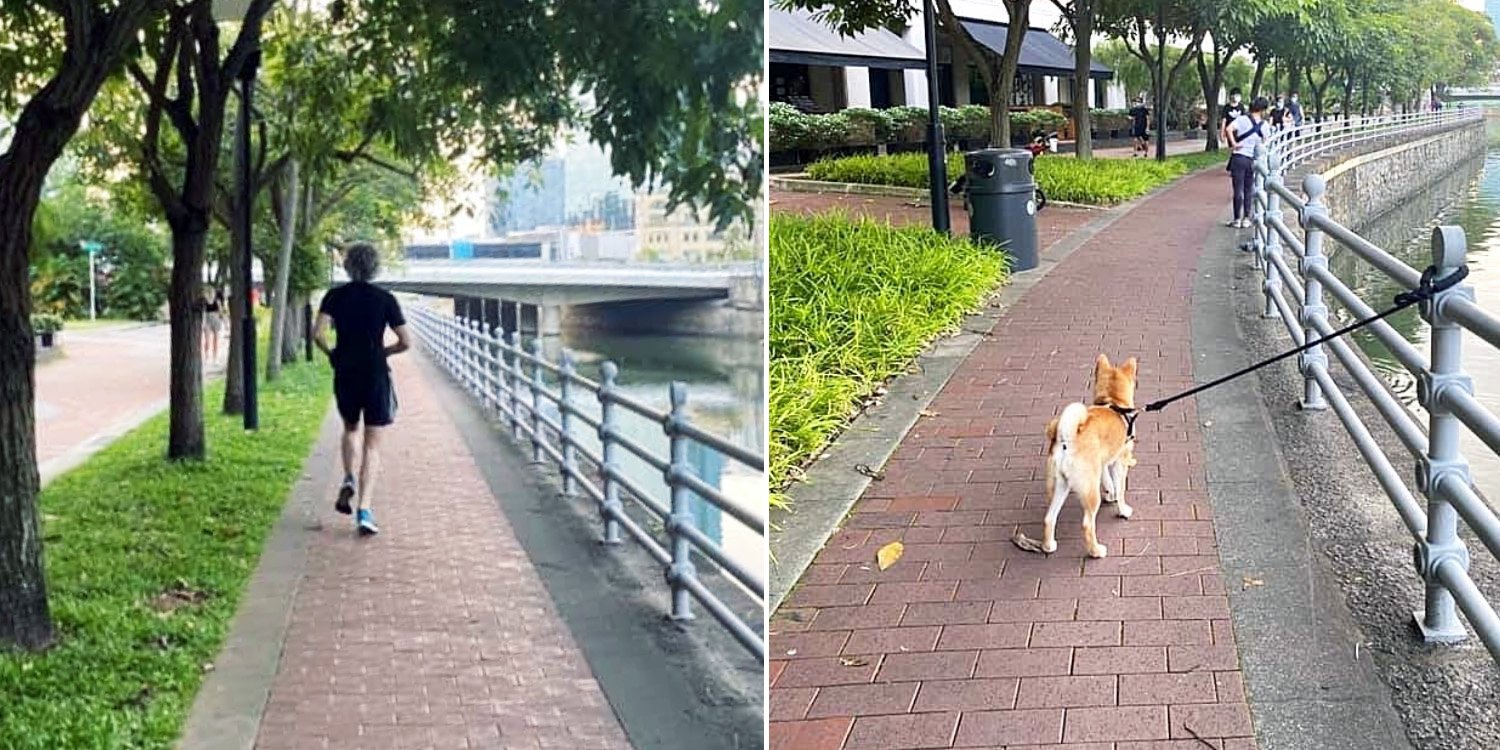 While common spaces are shared among people harmoniously here in Singapore, we have to remember that animals come part of the deal too.

For pet owners going on their walks, walkways are common places to bring their pets to.

However, a man running along the Singapore River apparently felt that someone’s Shibu Inu pet was in his way and flung it by its leash towards the railing. 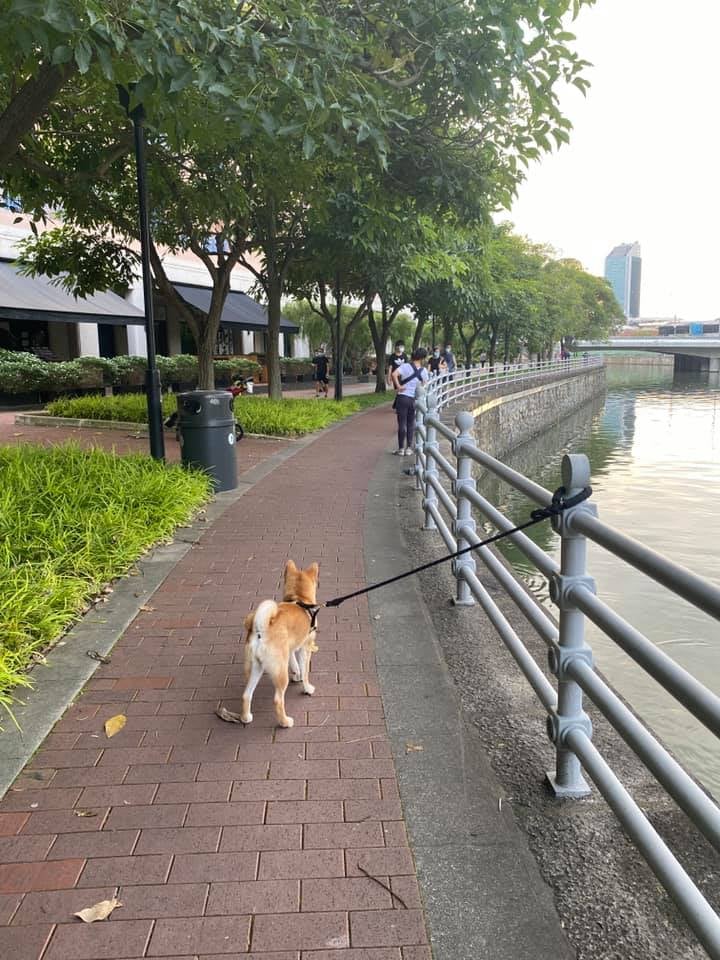 The horrified pet owner confronted him and duly reported the offence to the Singapore Police Force (SPF).

On 7 Jun, Ms Yeo, the owner of the Shiba Inu, shared a post on the Shiba Inu Club – Singapore Facebook page detailing an incident that occurred along the Singapore River.

She said she was out walking her Shiba Inu along the Singapore River as she usually does.

Leashed, the Shiba Inu was walking on the adjacent grass path that lined the tiled walkway.

Out of the blue, a man with grey curly hair, who was reportedly wearing black attire and blue sneakers, came running from behind both of them.

He then allegedly took the leash and “flung” the Shiba Inu towards the railing.

Horrified by the incident, the owner caught up to the man and confronted him.

As the owner questioned his actions, the man claimed that her dog was “in his way”.

She apologised for blocking his way but asserted that he had no right to do such a thing.

As soon as she was about to take a picture of the man, he sped off. She only managed to snap a picture of his back. 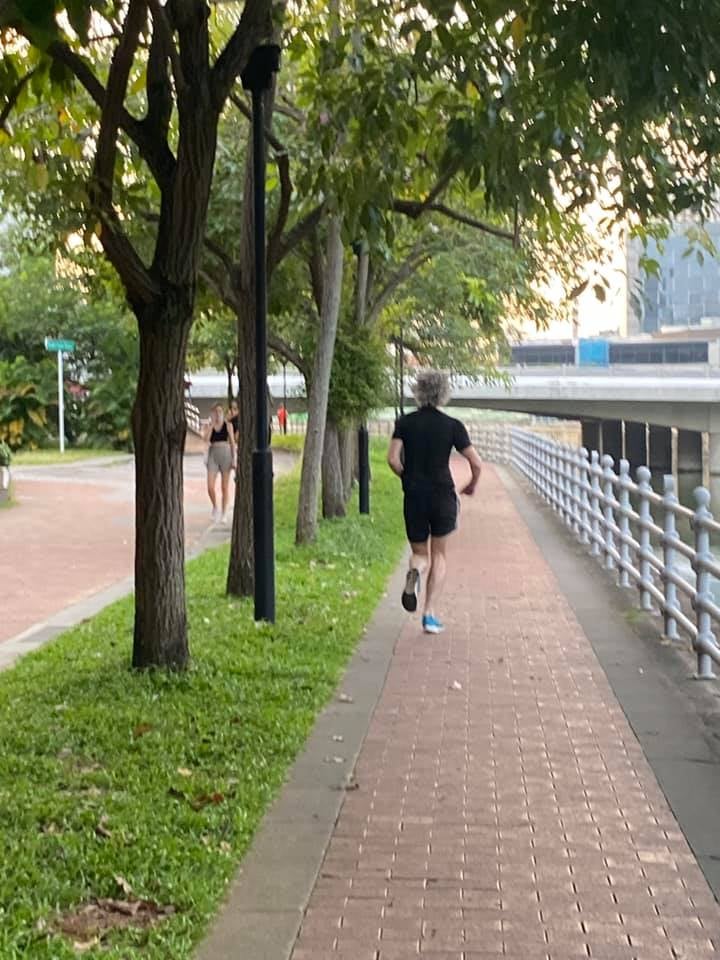 Upon questioning other dog owners in the area, she found out that he is a regular in the area and could be recognised easily from his head of grey, curly hair.

As she felt unsafe walking her pet in the area ever since the incident, she has since made a police report against the unidentified man.

However, with insufficient details, she appealed for information about the man from the public.

As of 8 Jun, she has received overwhelming support and the necessary information to allow the authorities to handle the matter.

She also mentions that her Shiba Inu is in good health and looked much better than he was on the day of the incident.

Be kind to everyone, animals included

While investigations are ongoing, this story remains one-sided for now. But if true, it shows a lack of compassion towards animals, which is, unfortunately, becoming fairly common these days.

It is always important to remember that these common spaces like walkways are meant to be shared with everyone, pets and other animals included.

We hope that investigations by the authorities will bear fruit so that appropriate action can be swiftly taken to stop another incident like this from happening again.