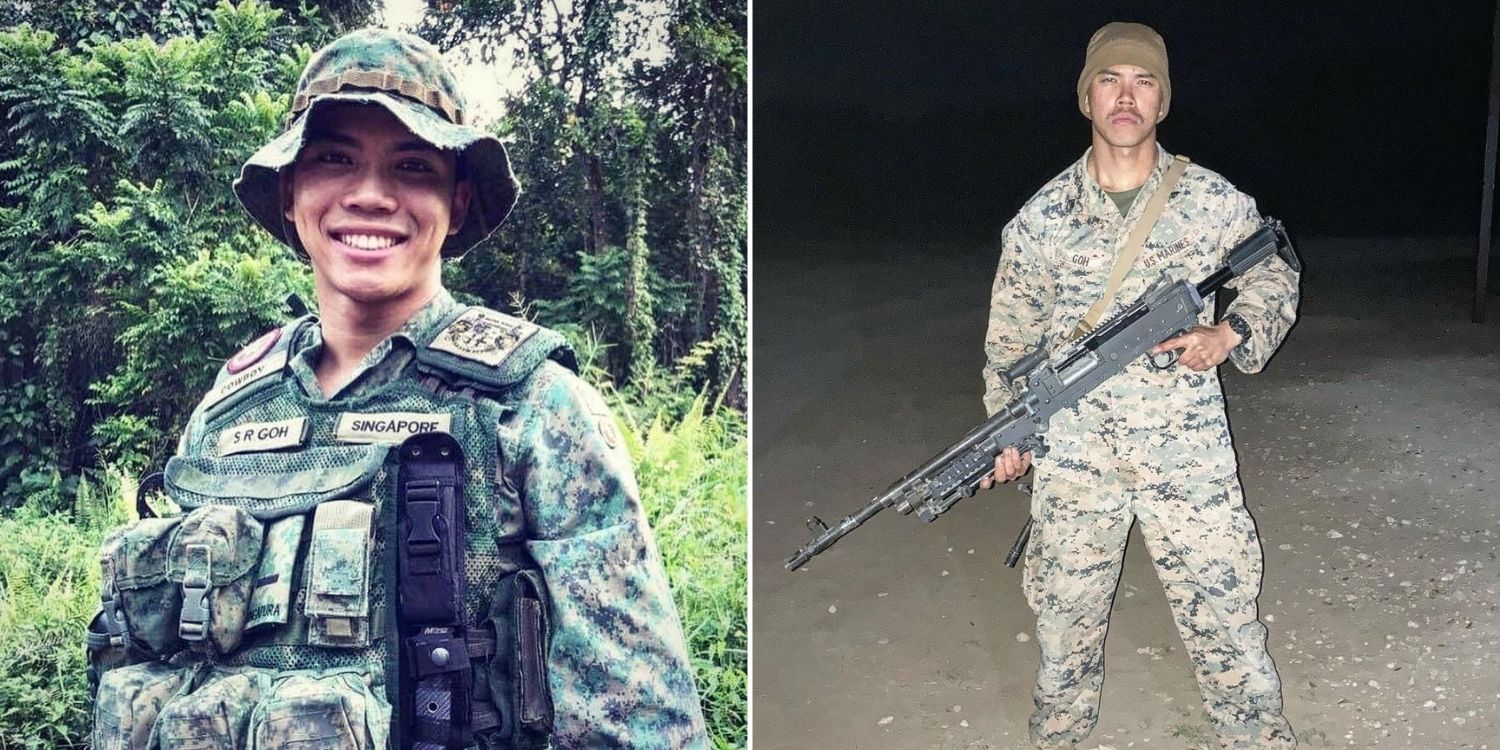 He also shares the differences between US Marines & the SAF.

Dread it. Run from it. But national service will come calling for every Singaporean son.

Raynor Goh was one of many who had to return to Singapore to serve the country after leaving for America at the age of four.

In an interview with the YG From SG Youtube Channel, he talks about the differences between his time in the National Service and now, serving in the US Marines.

Although he was ostracised by fellow cadets for his gung-ho spirit when serving NS, Goh said his experience in the Singapore Armed Forces (SAF) changed him for the better.

He now joins the US Marines after completing his stint here.

Officer cadets would put him down for making mistakes

In the 24-minute Zoom interview, Goh speaks about his time in NS, the differences between the US Marines and SAF, as well as his feelings about going through mandatory conscription.

As someone who lived most of his life in the States, Goh says everything was a culture shock for him at first upon returning to Singapore.

In his own words, as someone who was “young and dumb”, his time in the Officer Cadet School (OCS) was not smooth sailing. 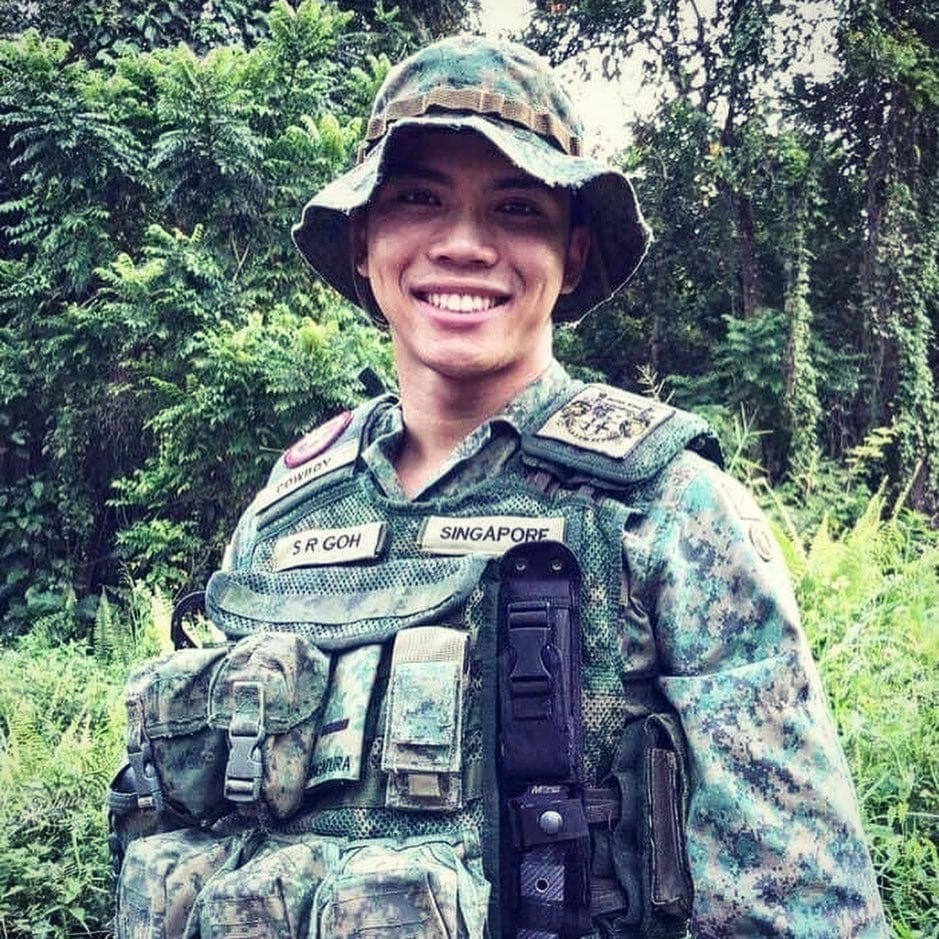 To him, the structure and mindset of how the Singaporean army worked caused him many growing pains.

He admits that he wasn’t able to adapt to his new environment. And as with anyone thrown into the deep end, Goh made mistakes.

Instead of letting things pass, he says other officer cadets hounded him for his blunders and constantly picked on him.

As these incidents compounded, Goh felt that he became a shell of himself and often did things alone.

In retrospect, he confesses he could’ve handled everything better.

At the end of the day, I didn’t stand up for myself. I was a wimp about it. When things got tough, I just broke.

Understandably, this experience would break most people but Goh has made peace with his time in NS.

For every backbreaking exercise, he found friends and the ability to form a mental fortitude amidst it all. He shares that NS was also a time for self-reflection as he realised the kind of person he was.

I was weak, I didn’t have mental toughness. But I took that experience and learned from it.

Nevertheless, he turned the negatives into positives, and it gave him the courage and resilience to endure the tough training in the US military.

His thoughts on “playing rank”

Now that he is on his way to becoming an aviation officer in the Marines, Goh points out the differences between the SAF and the United States Marine Corps.

During his short stint with the SAF, he observes that the Singaporean army knows what a military is supposed to be: regiment, discipline and tactics are some of the key points he spells out.

But Goh also emphasises rank structure. Compared to the Marine Corps, Singapore’s “playing rank” was something that stood out to him.

At the end of the day, a rank is just a rank. A rank signifies that you’re on a higher echelon of responsibility. It doesn’t place you in a position where you’re better than someone else.

As someone who’s played both sides, he also noticed how the Marine Corps was ready to disregard stereotypes and operate with the mindset that “things can change”.

One situation that you can apply years ago may not apply now. Tactics change, enemies evolve. So you got to evolve as well. In comparison to Singapore, he brought up the notion of how the Singaporean army “follows a script”, and that any change to come would be slow in comparison.

Differences don’t mean one is better than the other

It’s rare to hear of a Singaporean getting the opportunity to serve in the armies of two countries.

Given the history and culture of other countries, differences are inevitable, but that doesn’t make one better than the other.

As Goh puts it, it’s important to set things aside for the betterment of the whole organisation.

At the end of the day, in the event of emergency situations that require us to serve our duty to our nation, it’s the people around us who will be our brothers in arms.

You can watch the whole video for more insights and funny anecdotes of Goh’s time in the National Service.