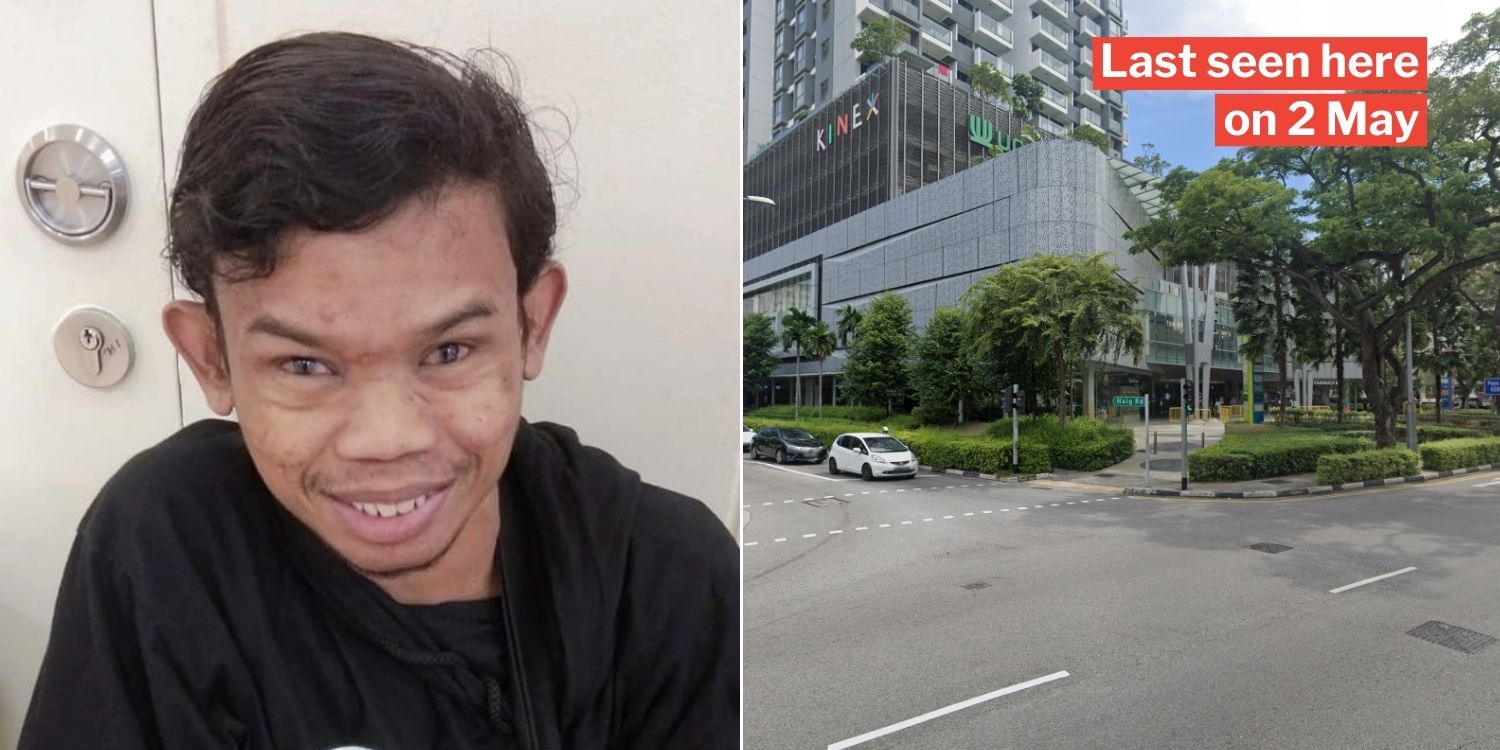 UPDATE (4 May, 3pm): Nasir has been found safe and reunited with his family. They thank everyone who has helped with the search.

Individuals with special needs may not always be able to fend for themselves, which is why situations like them going missing can cause a lot of anxiety.

That’s what the family members of Nasir have likely been feeling, ever since he disappeared from home on 30 Apr.

Since he also needs regular dialysis, they’re really hoping to find him quickly, so he can receive the treatment he requires.

According to a Facebook post on Monday (3 May), Nasir’s cousin Ferlyn shared that he had gone missing on 30 Apr. 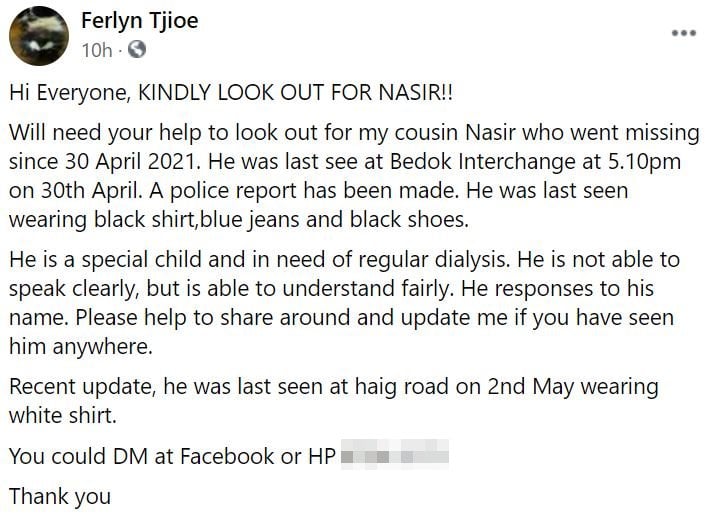 Wearing a black shirt, blue jeans, and black shoes then, he was last seen by members of the public at Bedok Interchange at 5.10pm.

No one reported further sightings till 2 days later on 2 May, when Nasir reportedly appeared at Haig Road wearing a white shirt instead.

The family seemed to have received no new updates since then, as Ferlyn hasn’t edited her post at the time of writing. They have already made a police report.

Since dialysis treatments are essential to clear toxins from the body, missing it could risk the patient falling very ill.

This could possibly be why Nasir’s family hopes to find him soon.

Ferlyn informs the public that although Nasir is unable to speak clearly, he can understand well. He also responds to his name when anyone calls out to him.

Hope Nasir will be reunited with his family soon

Losing touch with a family member suddenly is certainly a worrying situation we wouldn’t want anyone to ever be in.

We thus hope that the search for Nasir will bear fruit soon, and end in a happy reunion.

Do reach out to his family if you’re able to help, and ease their worries.