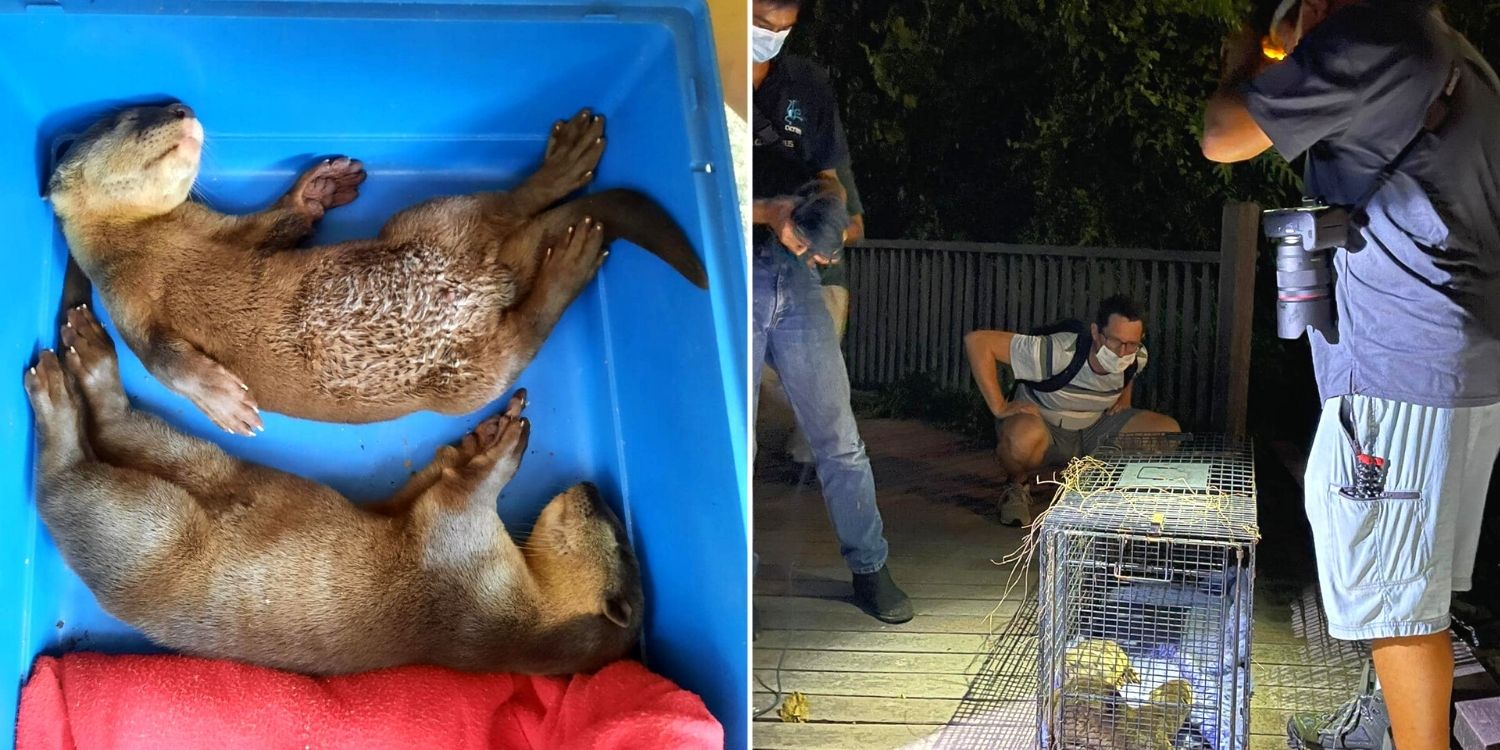 Otter Pups Stranded In Changi Reunite With Family After A Week

Otters and their pups have called Singapore home for many years now. Despite occasionally causing mischief, they’re usually good for a heart-warming story.

But life isn’t always about fun and adventure for these creatures. They do run into some trouble too, like these 2 otter pups in Changi. 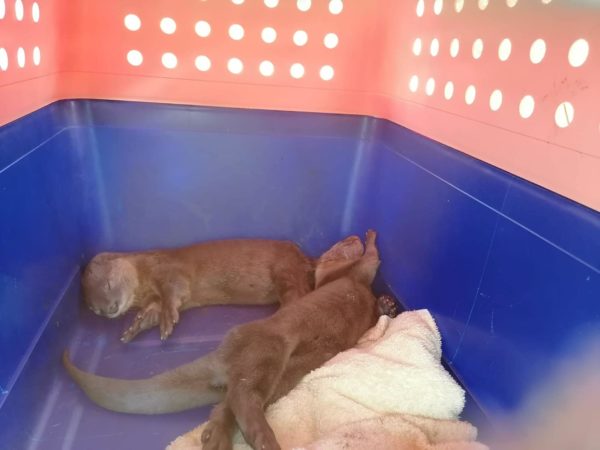 On 1 May, Facebook page Ottercity shared a series of posts detailing their week-long ordeal of reuniting the pups with their families. 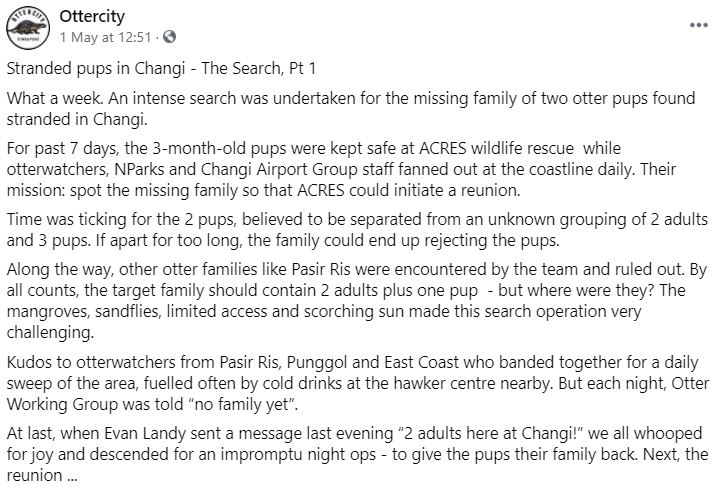 Found stranded in Changi, folks from ACRES swiftly took the pair of 3-month old otter pups into their care. 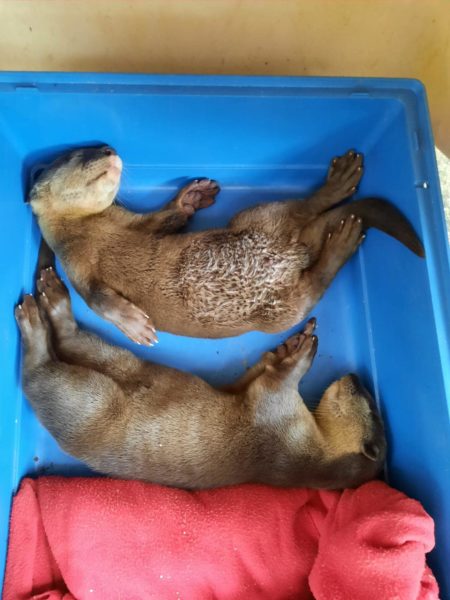 Together with otter watchers, NParks, and Changi Airport Group (CAG) staff, they launched a search operation to find the pups’ missing family. 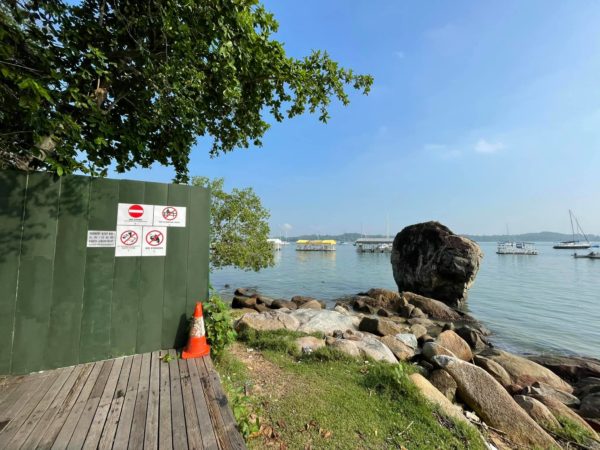 The mission was a challenging one due to the tough conditions of the mangroves, sandflies, as well as limited access to certain areas. The scorching sun also proved difficult to bear with. 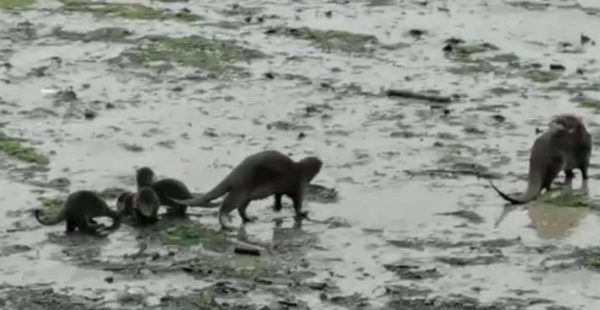 For 7 days, they trudged on in their search for a family comprising 2 adult otters and another pup.

Time was ticking for them, as waiting any longer could risk the otter family later rejecting the poor pups.

But even with the additional support of otter watchers from Pasir Ris, Punggol and East Coast, the search did not bear any results.

On the seventh day, the search group was alerted to a group of otters in Changi that matched the description of the family.

Upon reaching the location however, they were met with 4 otters, 2 of which did not fit any of the profiles that were described.

They were specifically looking for a female otter with visible teats, a sign of a mother that had been feeding 3 pups. 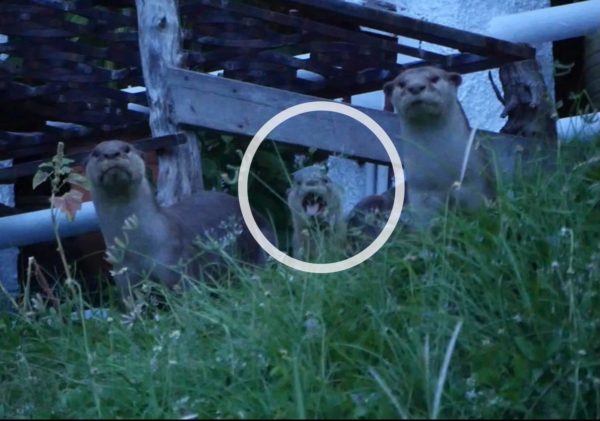 Through sheer luck, the commotion and cries from the unknown otters prompted the target otter family to emerge, and the reunification process commenced. 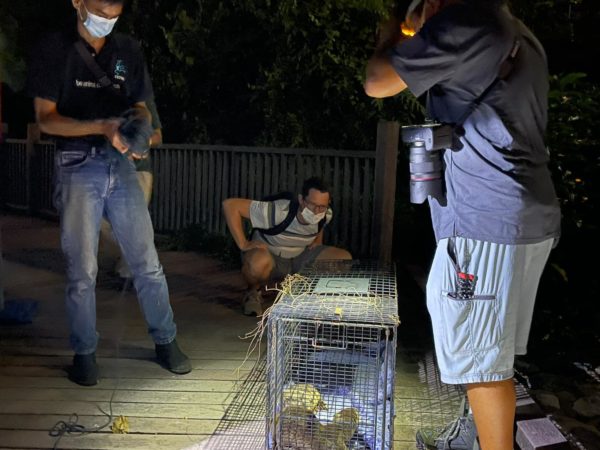 And after a gruelling week of search, the otter family was finally reunited at around 8.30pm on 30 Apr.

Otter pups were well taken care of by ACRES

During the whole ordeal, ACRES was handling the well-being of the 2 otter pups to the best of their abilities. 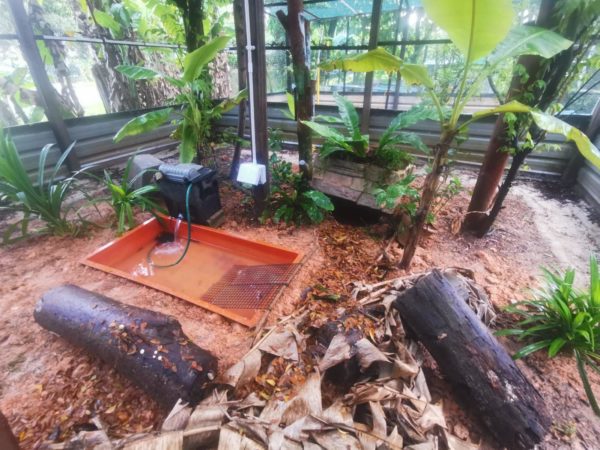 A special enclosure was set up to closely mimic a natural environment for the young otters.

Considering the social nature of the creatures, only 2 people were allowed to interact with the animals as to avoid any imprinting.

Hope the family stays together

It’s great to hear of heartwarming stories like this. A family reunion will put a smile on anyone’s face.

We’re also glad to know that the otters here in Singapore are so well taken care of.

If you do see any otters in the wild, do enjoy their presence from a safe distance and let them be. And if they seem to be in need of help, contact organisations like NParks or ACRES for assistance.