Must Share News – Independent News For Singaporeans
Home Current Affairs Health Swabbers Have Higher Pay As They Are Only Temp Jobs With No... Recently, Singapore is looking to hire swabbers and swab assistants to aid in the Covid-19 testing process.

However, many have been quick to question the substantially higher pay swabbers get compared to other healthcare workers.

If you haven’t seen the hiring poster yet, swab assistants and swabbers are being offered salaries at $3,400/month and $3,800/month respectively.

In a Facebook post on FiveStarsAndAMoon, they suggest several reasons why. As the entire post is quite lengthy, we break it down for you after the jump.

Swabbers are only short-term jobs, with no benefits

While the pay of swabbers may seem high at $3,500, this may not seem adequate to some. In terms of looking at the crowd that has lost their jobs during this time, many are more than just fresh graduates. 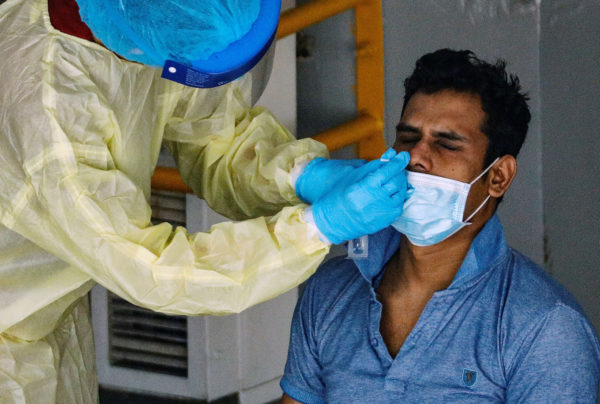 Hence, the post explains that hiring swabbers is an exercise “unlike a traditional hiring process.” It is simply an “artificial job creation” for those who have lost their jobs due to the pandemic.

These are short-term jobs. No benefits, no increment, nothing over that figure you are given.

As the budget is fixed, employers only have that much money to spend on human capital. So, having a masters, PhD or other forms of accolades won’t lead to a higher pay unlike in other jobs that offer advancement opportunities.

In terms of job security, people would also more likely go for a stable full-time job, rather than a temporary gig — especially if the pay is approximately the same.

A means of drawing people to a temporary job

The post also attributes such high pay to the fact that not many people are willing to do this job.

While it is theoretically possible to lower their pay, this would mean that much less people would be willing to do it. 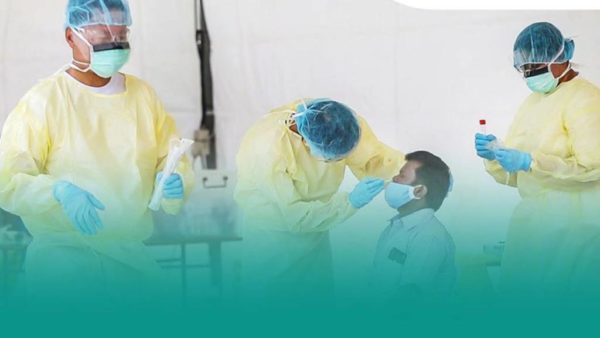 As it is a job that has high Covid-19 exposure risks, employers need to find a way to attract candidates, as manpower is greatly needed.

Almost everyone sees that since there is a dire need with such high risks, the pay they are given is perfectly reasonable.

Others felt that such a comparison shouldn’t even be made because they are of different capacities.

Difficult but necessary decisions have been made

While swabbers do appear to be paid more than nurses, the work of the latter isn’t anymore discounted.

As authorities are aggressively testing migrant workers for Covid-19, the country is in dire need of swabbers. Lack of manpower would eventually lead to constraints and possibly a heavier workload on current healthcare workers if they don’t hire more.

However, perhaps it isn’t so much a question of how much these people should be earning. Such comparisons might not even be productive at this time.

We should appreciate every single person who is willing to take the risk and work on the frontlines during such difficult times. Hats off to every healthcare worker in Singapore for their tremendous effort.