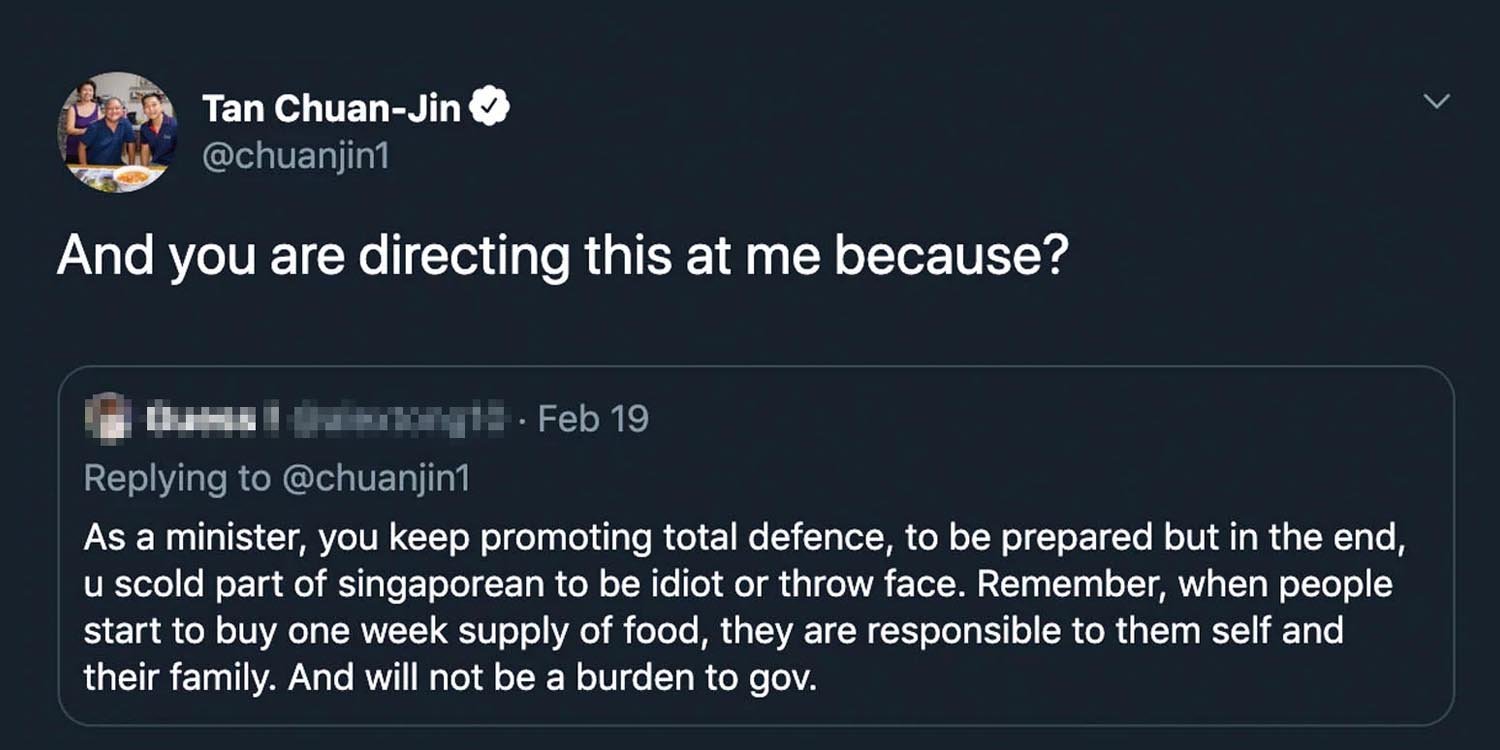 Tan Chuan Jin Gets Wrongfully Blamed On Twitter, Forgoes Political Correctness To Clap Back At Netizen

Singapore politicians aren’t known for its presence on Twitter unlike their western counterparts, but this Twitter feud definitely gave it a run for its money.

Recently, Speaker of Parliament Tan Chuan Jin went against his traditional calm, formal response and gave this netizen a earful – or rather, a tweetful – for wrongfully criticising him over another politician’s comments on Twitter. This was in response to the bulk-buying and snaking queues that occurred in supermarkets across Singapore when the DORSCON level was raised to orange the day before (7 Feb). 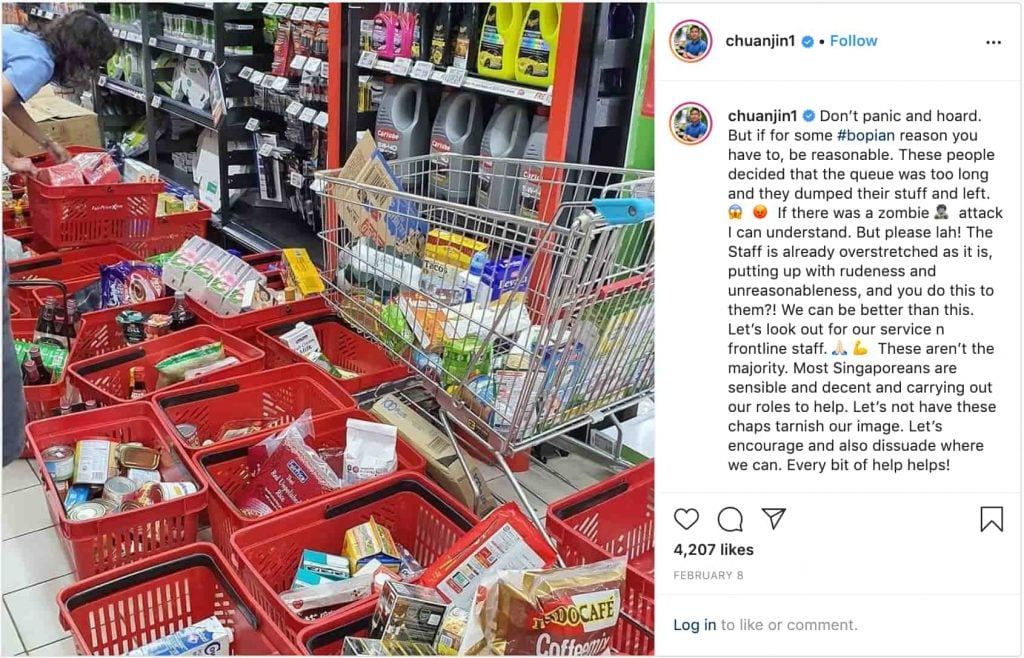 He re-shared it to Twitter on the same day.

More than a week later on Wednesday (19 Feb), a netizen tweeted at Mr Tan, criticising him for supposedly calling Singaporeans “idiots” and that their behaviour was “xia suay“. 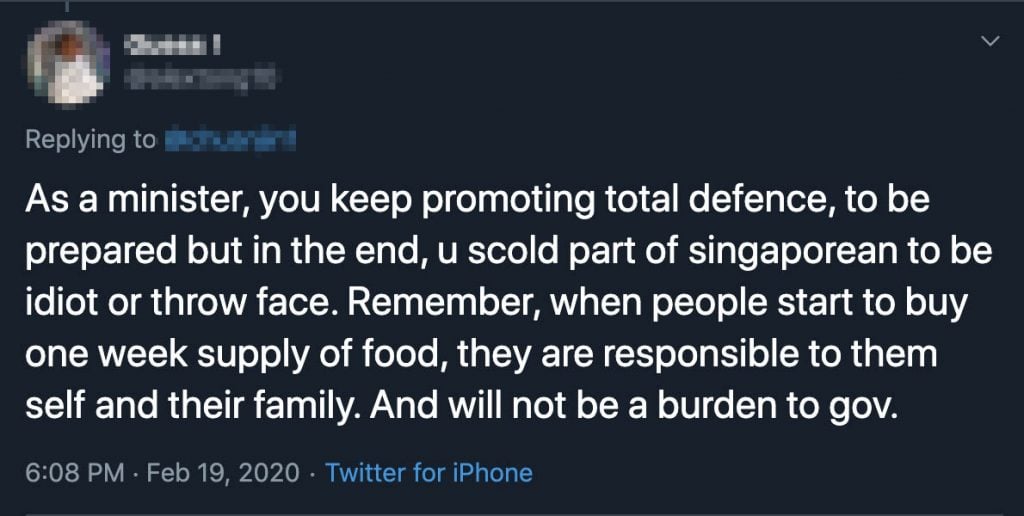 The netizen also voiced his concerns about preparedness and having a supply of food if the Covid-19 situation worsens. 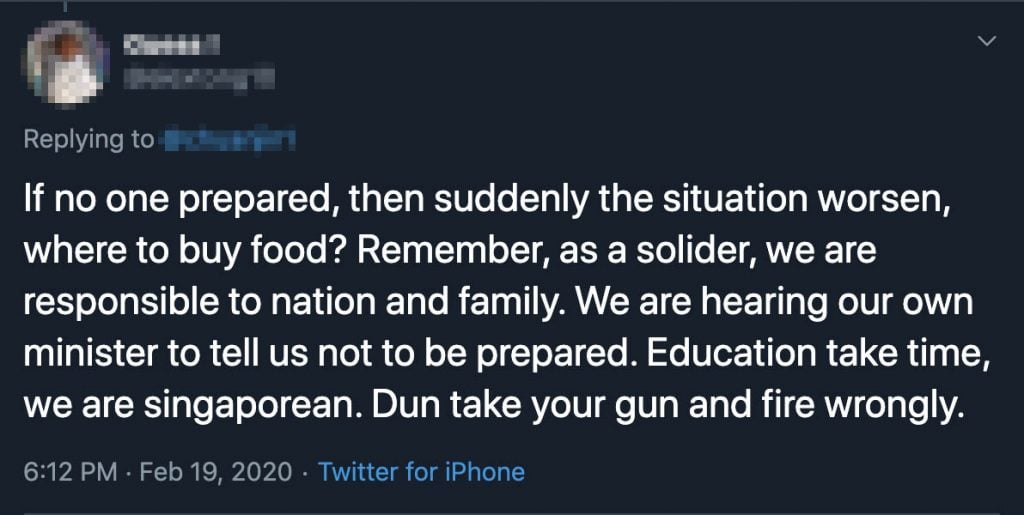 He seemed to be hurt by Mr Tan’s supposed remarks about Singaporeans stocking up. 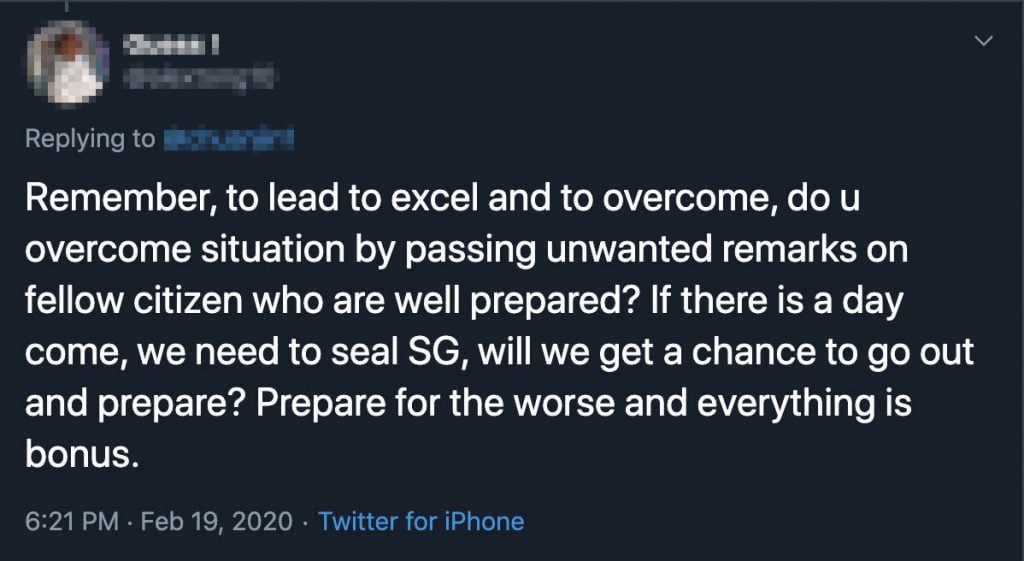 Clearly fired his gun at the wrong target

Ironically, he tweeted “Dun take your gun and fire wrongly”, which was precisely what he did.

If you’ve been keeping up with the local political scene or news of the Covid-19 outbreak, you would’ve heard about Minister Chan Chun Sing’s speech that was leaked from a private meeting.

In his address, he made comments about Singaporeans disgracing Singapore by rushing out to panic-buy necessities like instant noodles and toilet paper. He even called them “idiots” at one point.

As it turns out, this netizen mistook Tan Chuan Jin for Chan Chun Sing, and got an earful from Mr Tan for his hasty, incorrectly-directed criticism.

Mr Tan had no qualms about forgoing his political correctness, or ‘PC-ness’ to put this netizen in his place.

He openly shaded the netizen, questioning why the criticism was directed at him since he wasn’t the politician who made the unsavoury comments.

Mr Tan bluntly told the netizen that he had addressed his criticism to the wrong person, and suggested he properly educate himself on the matter.

He also emphasised that though the situation isn’t ideal, measures have been taken to ensure Singaporeans’ safety, and that shouldn’t be ignored. 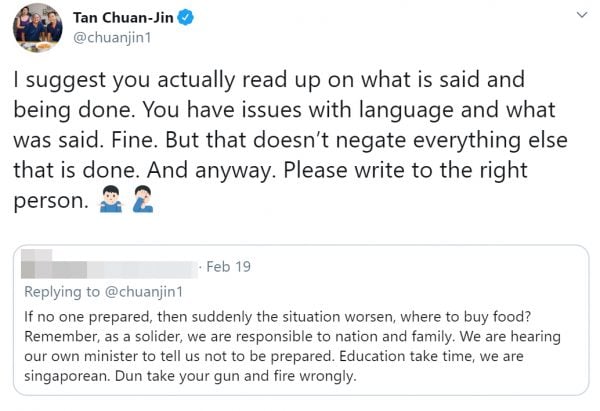 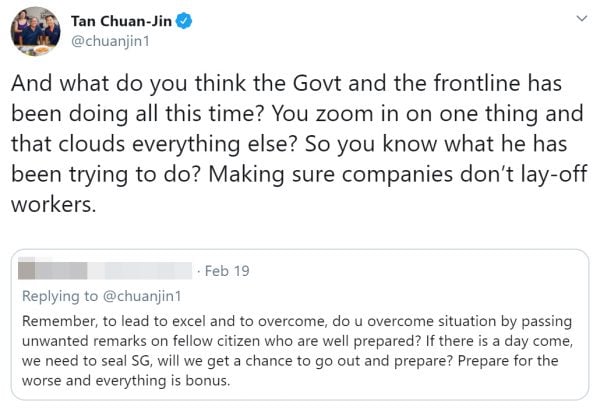 Mr Tan’s response is definitely atypical of a Singaporean politician. Never before has a prominent minister, much less the Speaker of Parliament, taken to a social media platform to defend the government and his colleagues from defamatory comments.

The online feud was short-lived, as Mr Tan apologised for his outburst shortly after, joking that it was his “inner beng” doing the talking.

Other netizens responded well to Mr Tan’s sharp response. Many commended him for being authentic and not hiding behind formalities and ‘PC-ness” when he clapped back.

Clearly, Mr Tan was adamant that the panic-buyers “went too far” and continued to defend Mr Chan. 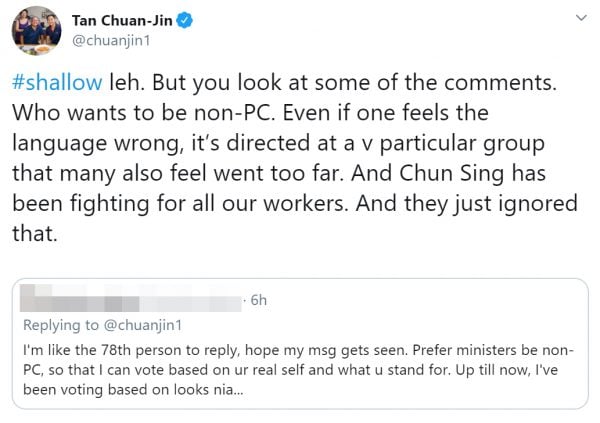 The importance of fact-checking before calling people out

Needless to say, the netizen in question definitely got what he deserved, as he didn’t get his facts straight before brazenly taking a shot at Mr Tan.

This really shows the importance of educating yourself on current affairs. We’re sure you don’t want a minister taking you down a peg for misidentifying him.

It sure is refreshing to see an important public figure give an informal response to a serious matter.

If you’re not aware, Mr Tan is an avid Twitter user, and replies to tweets often. Not sure about you, but we’re definitely giving him a follow.

After all, he is looking to build his following.