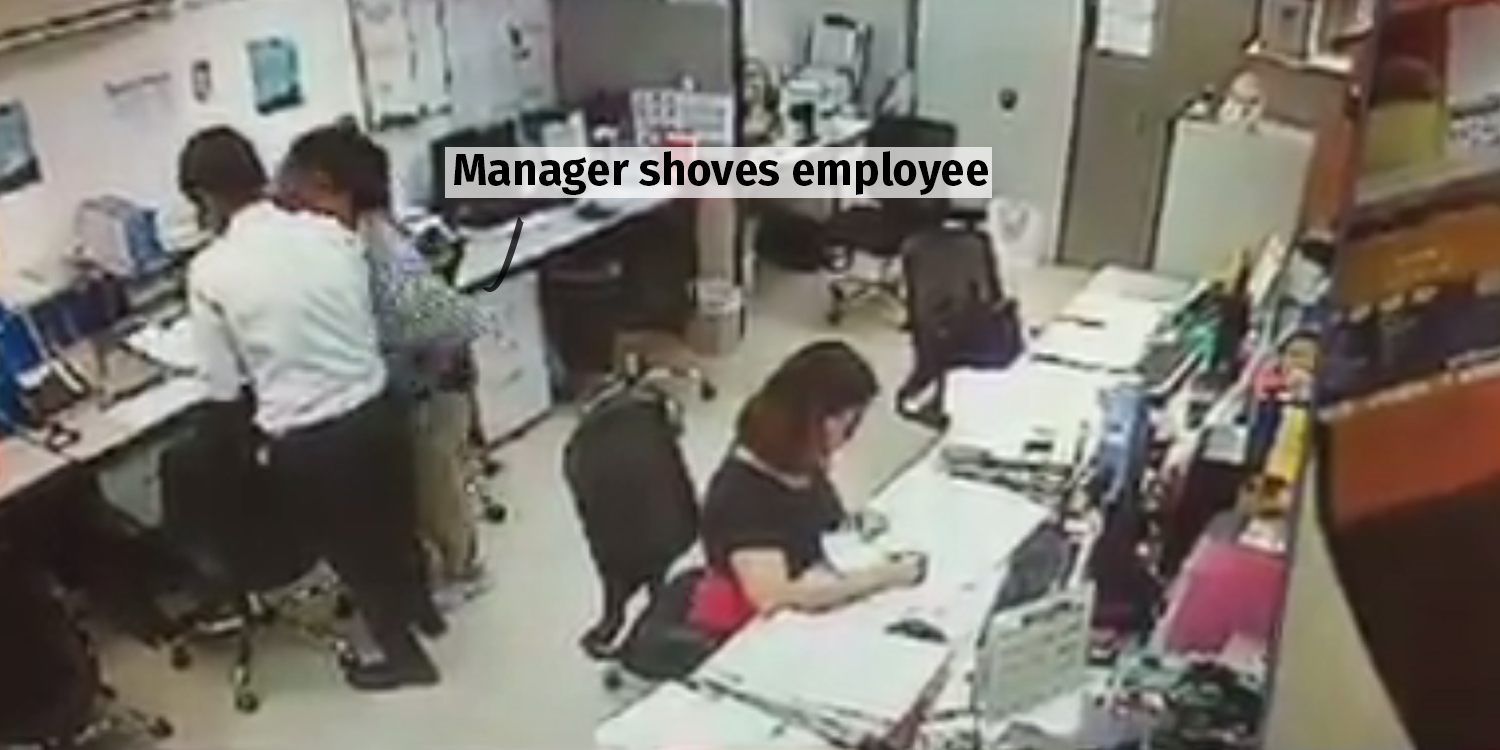 Staff involved are also not TTSH staff — the hospital confirmed that they were from a vendor. The vendor has has since counselled the staff involved.

We break down the video after the jump, alternatively you can watch it in full here.

The video starts off with a man — presumably the manager — dressed in a striped shirt walking into frame.

Visibly vexed, the man was seen scratching his hair forcefully a few times.

He then stopped at a desk and started inspecting papers lying on it.

Another man — presumably the manager’s subordinate — in a white shirt then walked into frame.

As the subordinate approached the desk, his manager started berating him, perhaps for the work he was scrutinising earlier.

The confrontation then turned violent, with the manager pointing forcefully at the subordinate’s head. He then shoved him aggressively.

The manager was noticeably shorter than his subordinate and tried hard to prop himself up during the confrontation. Couldn’t help drawing comparisons to this hilarious confrontation years ago:

The manager than walked to his own work desk at the far end of the room.

But just when we thought it was the end of the drama, the manager decided to give his subordinate another 1 x good one.

This time, the manager seemed to have noticed how ridiculous his previous actions looked.

Instead of shoving his subordinate, he turned to the files on his desk and slammed them hard on the table.

Employee appears unfazed through it all

Throughout the confrontation, one employee appeared unfazed by the action going on behind her. 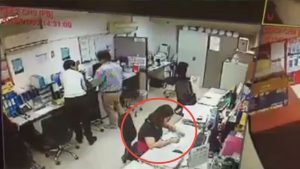 One netizen suggested that this must surely be a sign that the abusive culture has been going on for a long time.

While we’re unsure of the exact events that led to the confrontation, there’s surely no way that it justifies physical violence.

As the Chinese proverb goes,

Everything can be nicely said.

Should you experience similar cases of abuse, the Ministry of Manpower offers a number of resources. You can access them here. 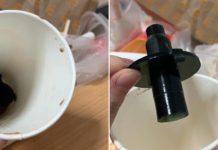