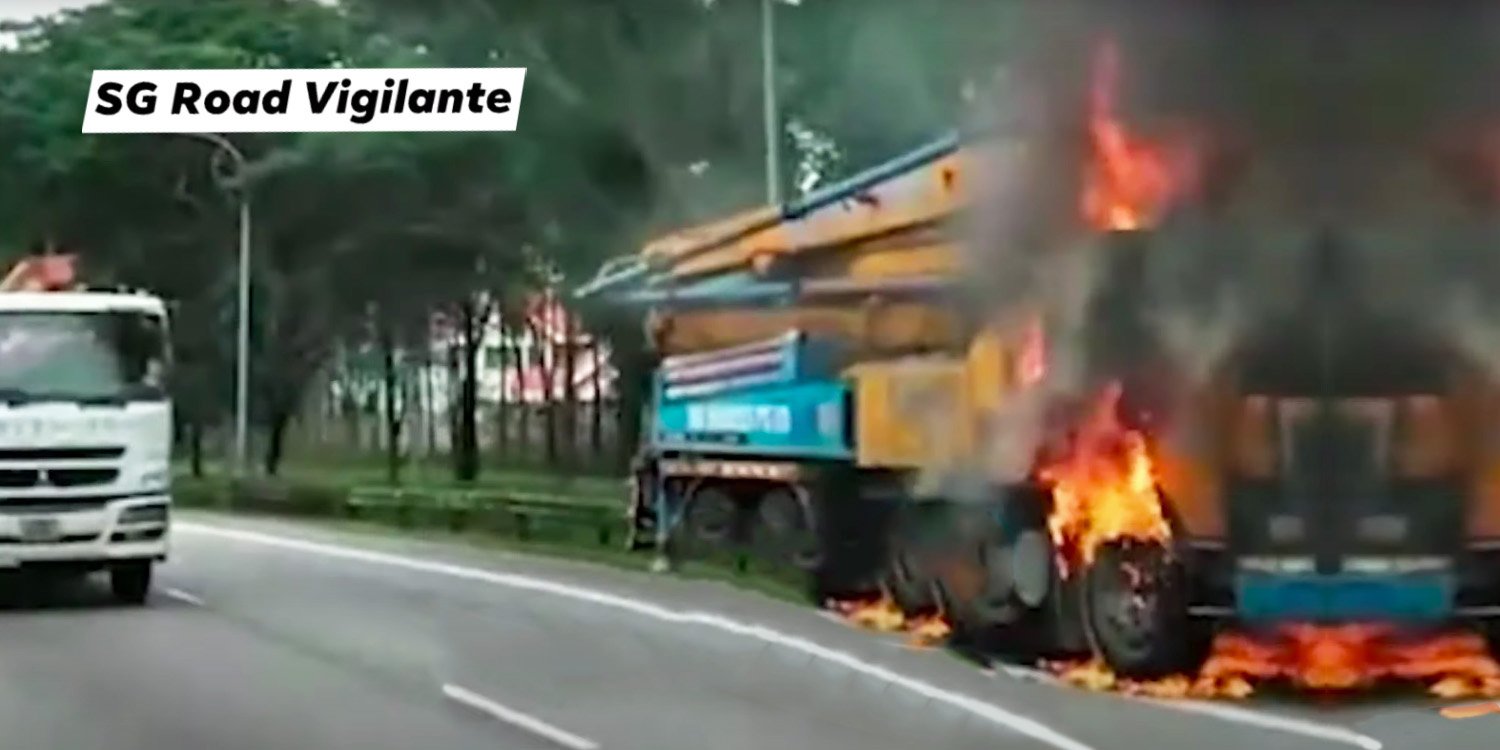 Singapore has seen her fair share of fire incidents of late.

However, while most of them happened in residential areas, this particular incident occurred along an expressway.

In a video posted on the SG Road Vigilante Facebook page, a concrete pump truck was seen on fire along Seletar Expressway (SLE).

In the video, the front of the truck appears completely engulfed in flames, with thick plumes of smoke billowing from the vehicle. 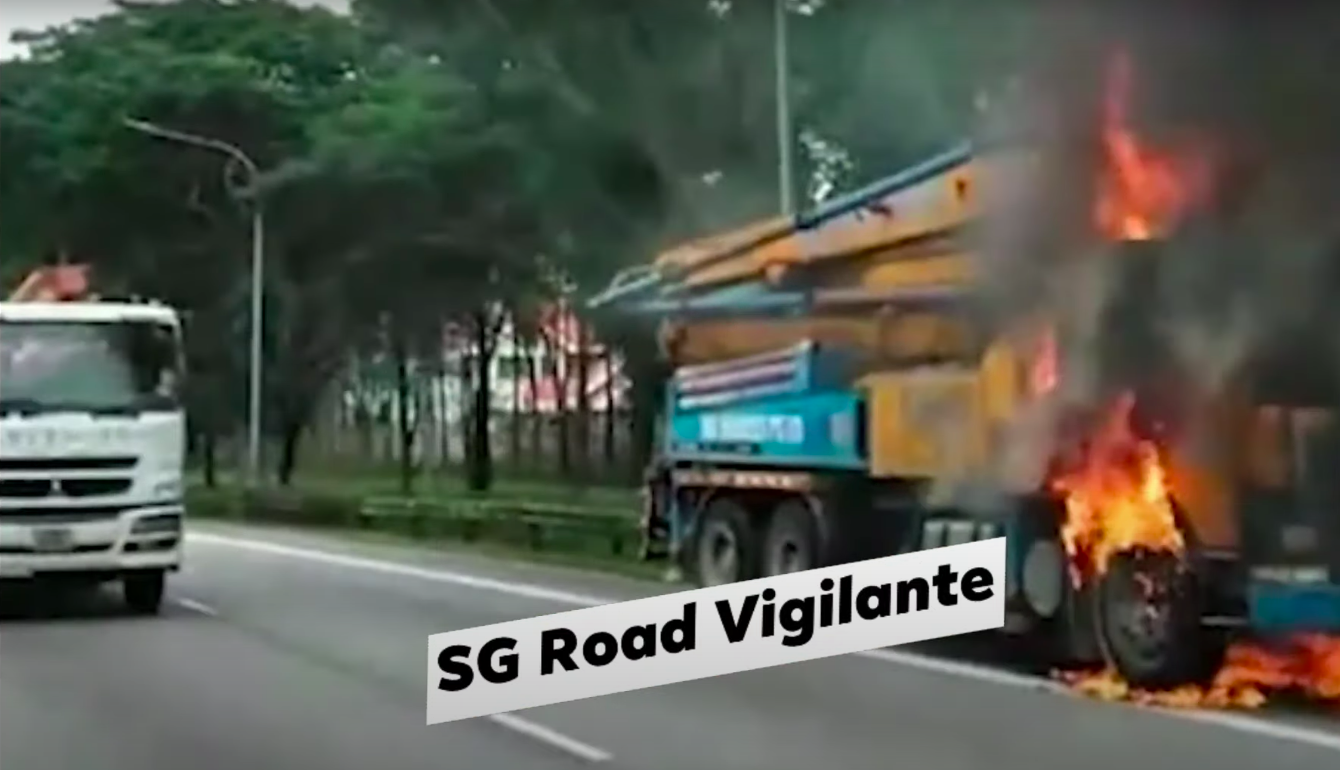 However, it seems the blaze was mostly confined to the area.

In another clip posted on SG Road Vigilante’s YouTube page, a fire engine was seen parked behind the truck with SCDF officers attempting to extinguish the flame. 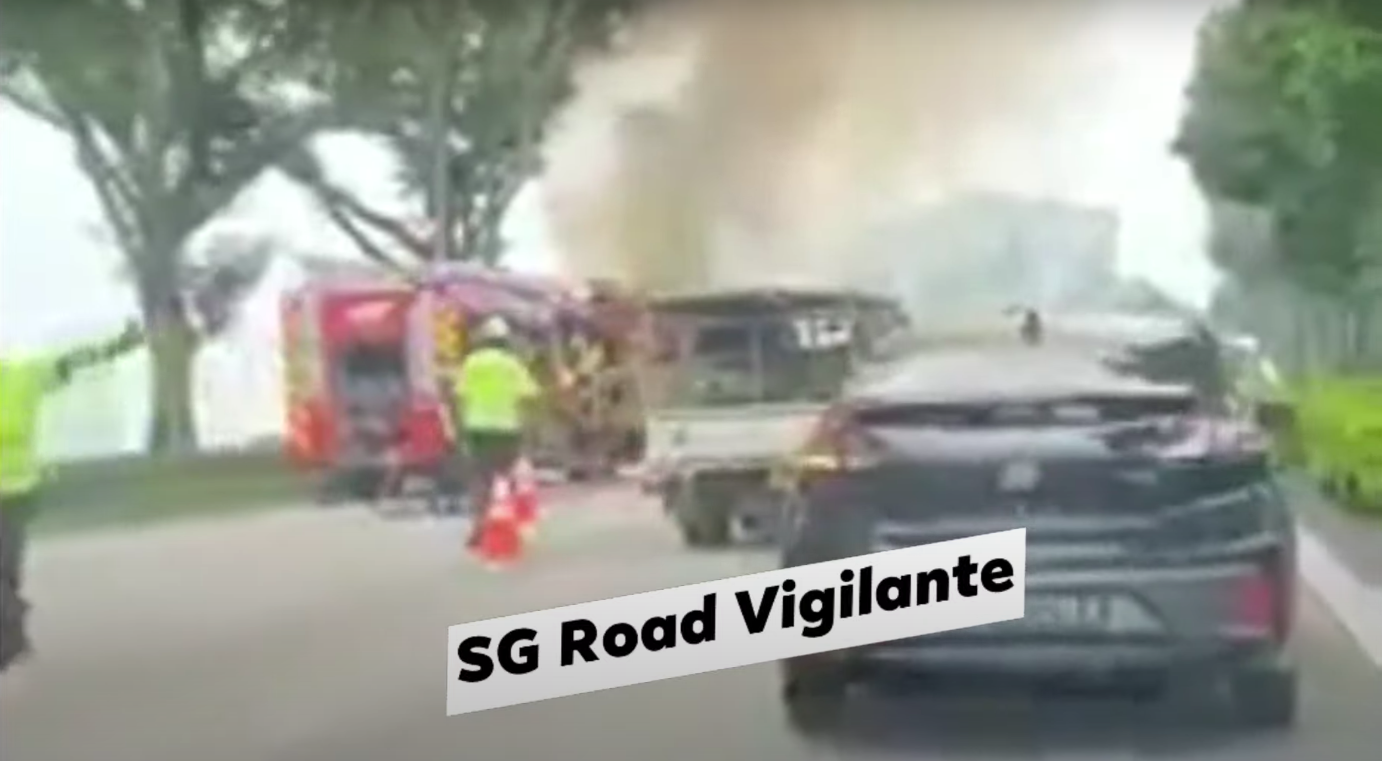 In response to MS News queries, SCDF confirmed that they were alerted to the incident at around 3.05pm on Wednesday (14 Jul).

The fire apparently took place at Southbound SLE before Woodlands Ave 2 and involved the engine compartment of a truck.

Thankfully, there were no reported injuries as a result of the blaze, which was eventually extinguished by SCDF officers.

SCDF is currently investigating the fire.

Kudos to the SCDF officers for arriving at the scene and extinguishing the fire before it got worse.

Though the cause of the fire remains unclear, it’s important to keep one’s vehicle properly maintained to reduce the likelihood of such incidents.

We hope the owners of the truck would be able to receive compensation for the damages they sustained.