President Trump is known for taking to social media platforms such as Facebook and Twitter to share his thoughts. Being the Commander in Chief, what he broadcasts online can send ripples within his country as well as in other countries.

However, late on Thursday (7 Jan), Facebook said it is blocking the sitting president’s accounts for at least the next 2 weeks. Twitch and Snapchat have also joined in this block, which is proving to be the biggest social media ‘penalty’ on a president. 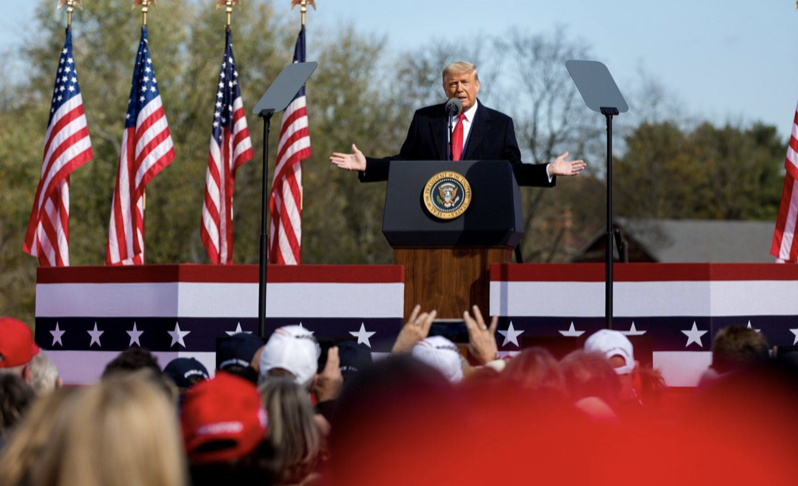 This comes after the chaotic storming of the US Capitol which occured on Thursday (7 Jan).

In a Facebook post on 7 Jan, Facebook CEO Mark Zuckerberg said President Trump has clear intentions to undermine a peaceful and lawful transition of power to successor Joe Biden. 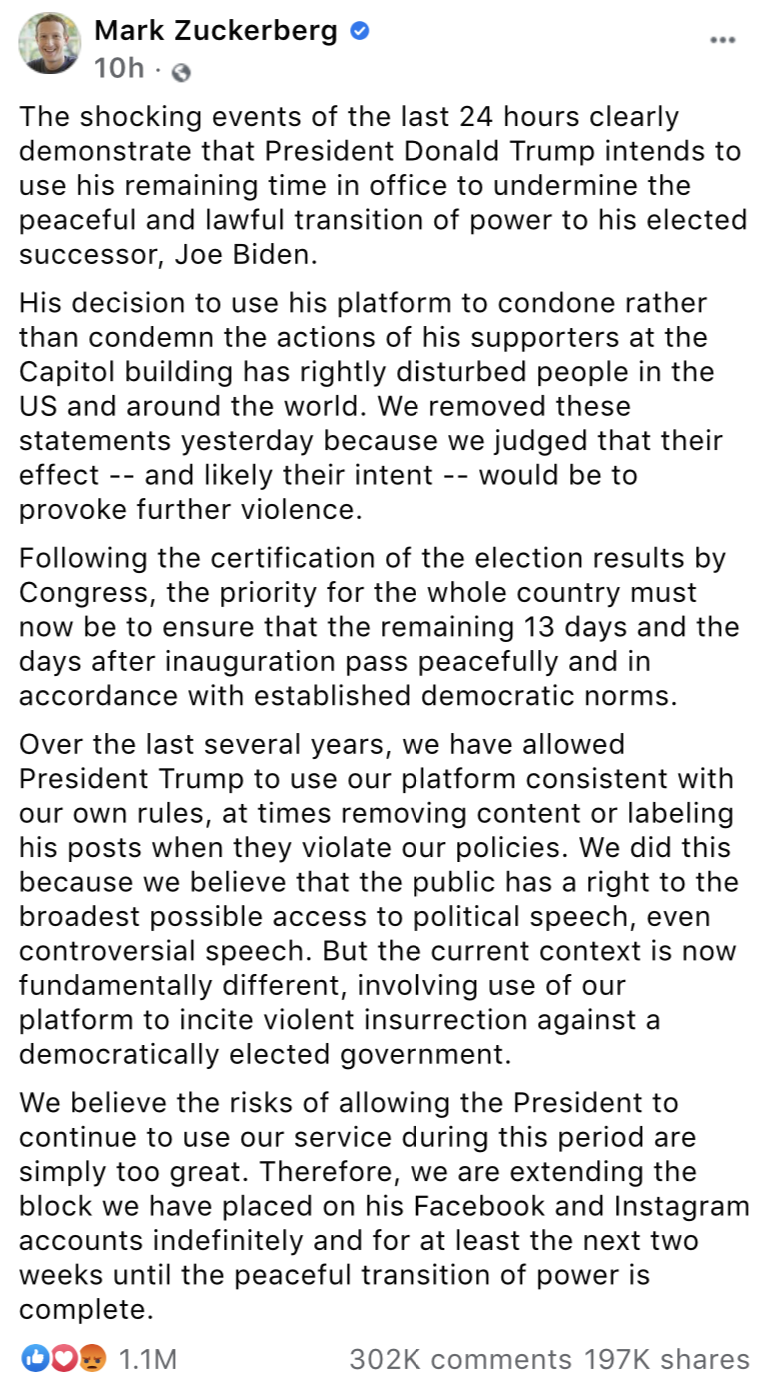 The social media giant judged that Trump’s statements on social media had the intent to provoke further violence. 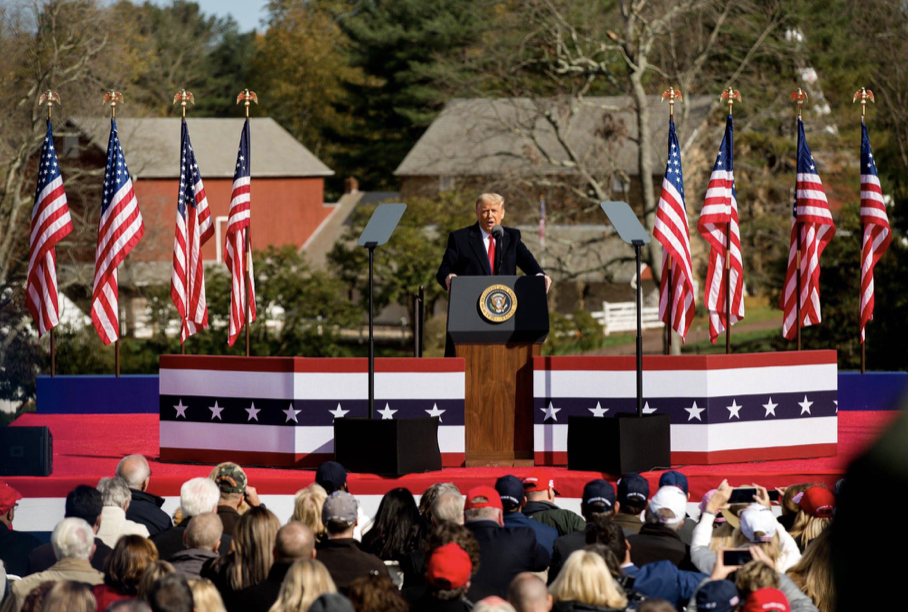 As a result, Facebook is extending an indefinite block on Trump’s Facebook and Instagram accounts, believing that the risks of allowing him to use their service are too great.

This means President Trump will not be able to post anything on the platforms for at least 2 weeks until the Biden administration takes over.

However, Trump seems to have had a change of heart. In a video statement shared on his Twitter account on Friday (8 Jan), he said he’s outraged by the violence and mayhem at the Capitol. 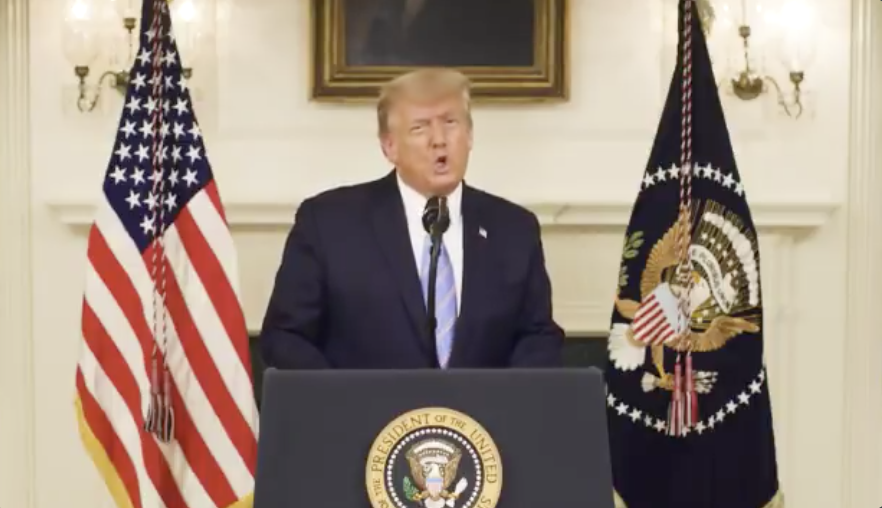 He added that the demonstrators do not represent the US and that those who broke the law must pay.

Trump says his focus now is on a smooth and orderly transition of power to the incoming president. 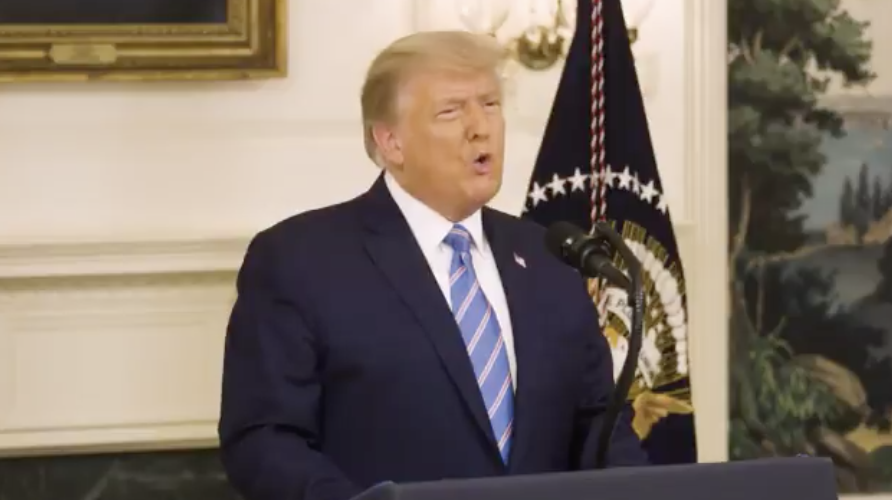 Trump ended by saying that rebuilding the US economy requires the combined effort of all Americans and that being a President of the United States has been the honour of his life.

Hope things return back to normal

The decision of multiple social media platforms to block a sitting president is clearly unprecedented.

It shows the drastic measures that had to be taken to stop messages that could potentially incite violence. Hopefully, this is also a lesson for us to think twice before posting inflammatory statements online.