The ongoing KTV outbreak is now on many Singaporeans’ minds. Especially since the rise in Covid-19 cases has prompted the Government to reduce the dining-in group size to 2 persons next week.

The 1st case in the cluster is a Vietnamese lady who frequented KTV lounges and nightclubs.

This has unfortunately led to alleged discrimination against people from the country.

A resident has highlighted this situation to Punggol MP Sun Xueling, who has urged Singaporeans to be compassionate.

The resident, identified only as “Ang XX”, alleges that Vietnamese living in Singapore have faced “verbal abuse and hate speech” in public. 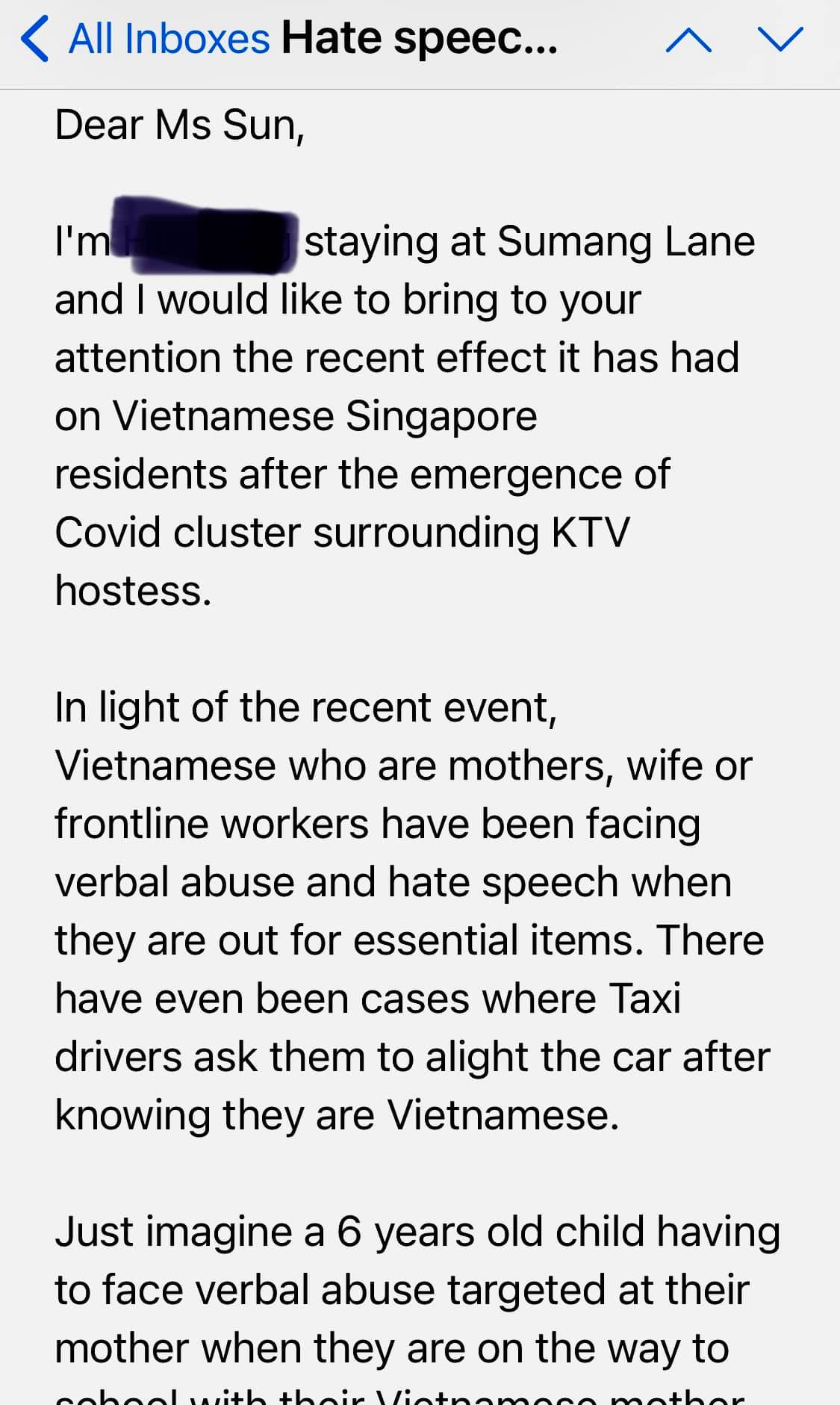 These people may not be linked in any way to the KTV cluster, and are just mothers, wives and even frontline workers helping fight the pandemic.

Ang goes on to relate some saddening cases of discrimination.

Apparently, some taxi drivers have allegedly told passengers to leave their cabs upon finding out they’re Vietnamese. 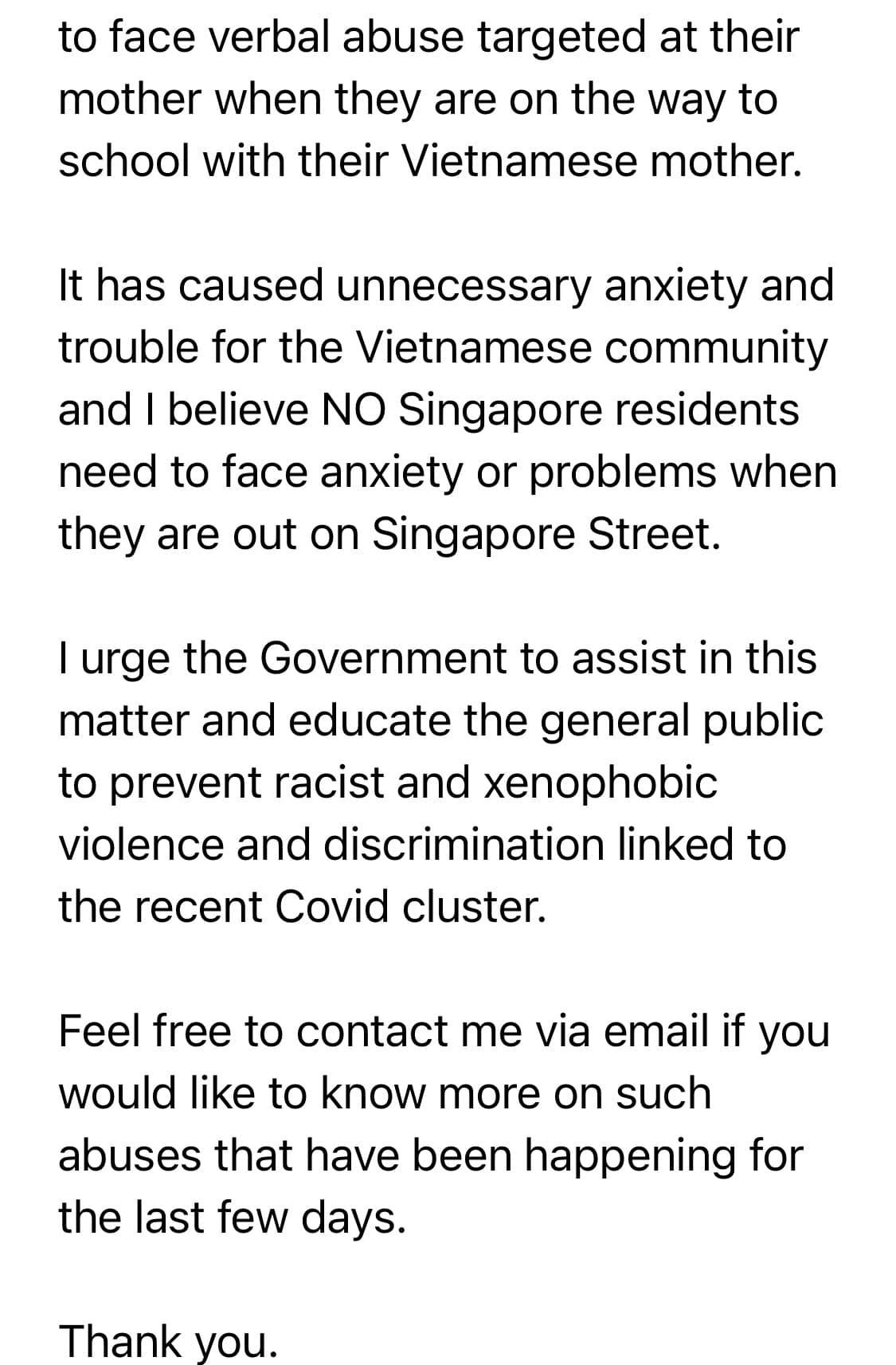 The resident also writes about a 6-year-old who was on the way to school with their Vietnamese mother.

Verbal abuse was allegedly targeted at the mother, Ang says, without elaborating further.

Ang then says these alleged incidents have led to “unnecessary anxiety and trouble” for the Vietnamese community.

The resident also urged the Government to educate the general public against such discrimination. 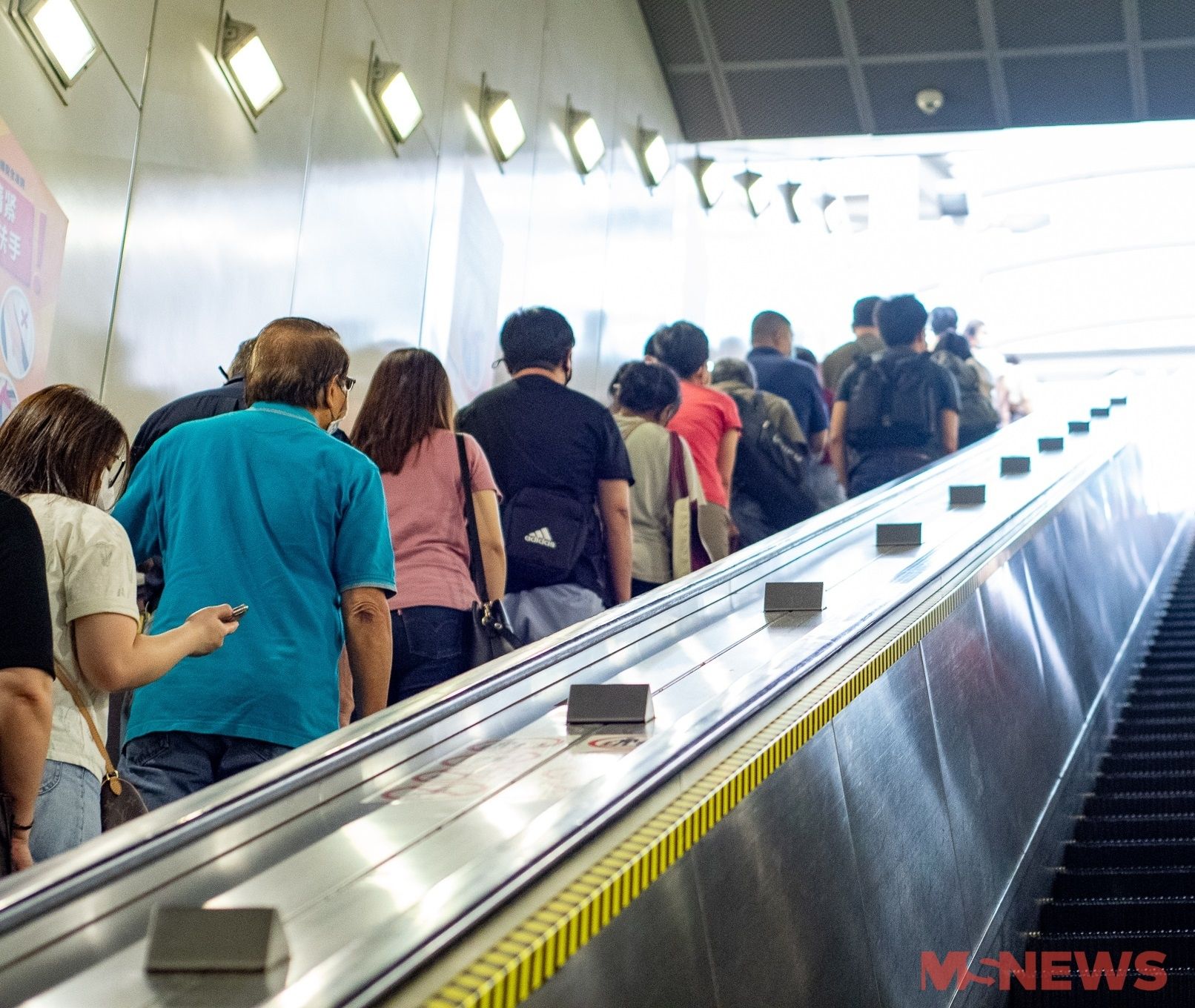 After all, no Singapore residents should be facing such trouble when out and about in Singapore, Ang says.

Ms Sun, who’s also Minister of State for Social and Family Development, said the email was painful to read.

She decried how the Vietnamese community in Singapore has been “tarred by the same brush” because of some people’s behaviour.

However, she also understood the sentiments of law-abiding Singaporeans.

After all, we’ve had to face the blow of another rapidly spreading Covid-19 cluster when we’ve worked so hard to get cases down.

Ultimately, Ms Sun urged for all of us to be discerning and compassionate.

We shouldn’t be hurting innocent folks with our actions and words.

Speaking of insensitive words, a woman related a bad experience she had while taking Grab.

In a Facebook post in the Complaint Singapore group, she said she’d booked a Grab ride to the Vietnam Embassy. 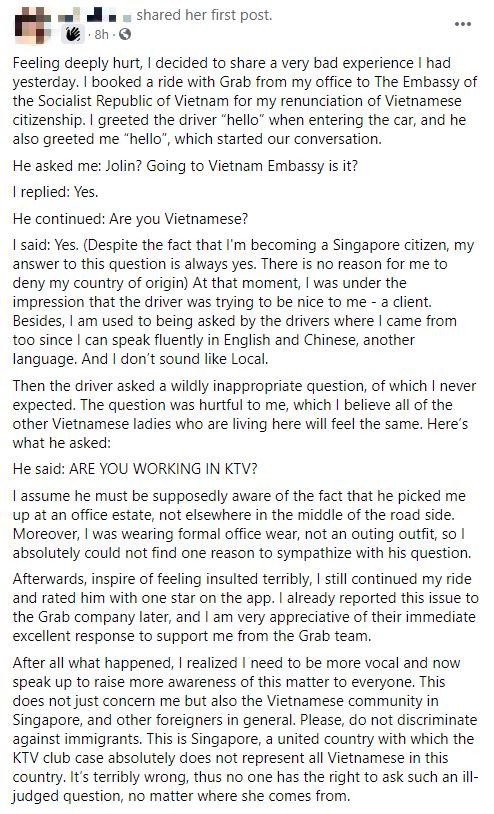 During the ride, she said the driver asked her if she was Vietnamese, to which she replied yes.

He then allegedly asked her an insensitive question: Is she working in KTV?

She urges against discrimination

The driver allegedly asked the OP this question even though he’d picked her up from an office area and she was wearing formal office attire, she said.

Thus, she felt insulted and rated him just 1 star afterwards.

She urged people in Singapore not to discriminate against Vietnamese immigrants, as those involved in the KTV cluster don’t represent all Vietnamese.

Let’s be careful with our words & actions

It’s understandable that Singaporeans are upset at the KTV cluster, and angry with those responsible.

However, we should recognise that while Vietnamese hostesses are involved, not all Vietnamese in Singapore are linked to nightlife activities.

Most are mothers, wives, students and workers who behave responsibly, so they shouldn’t face discrimination.

Let’s bear this in mind and be careful with our words and actions.

As Singapore grapples with the ongoing situation, do get confidential free testing if you’ve been linked in any way. This will help us contain the cluster as soon as possible.

Featured image from MS News. For illustration purposes only.