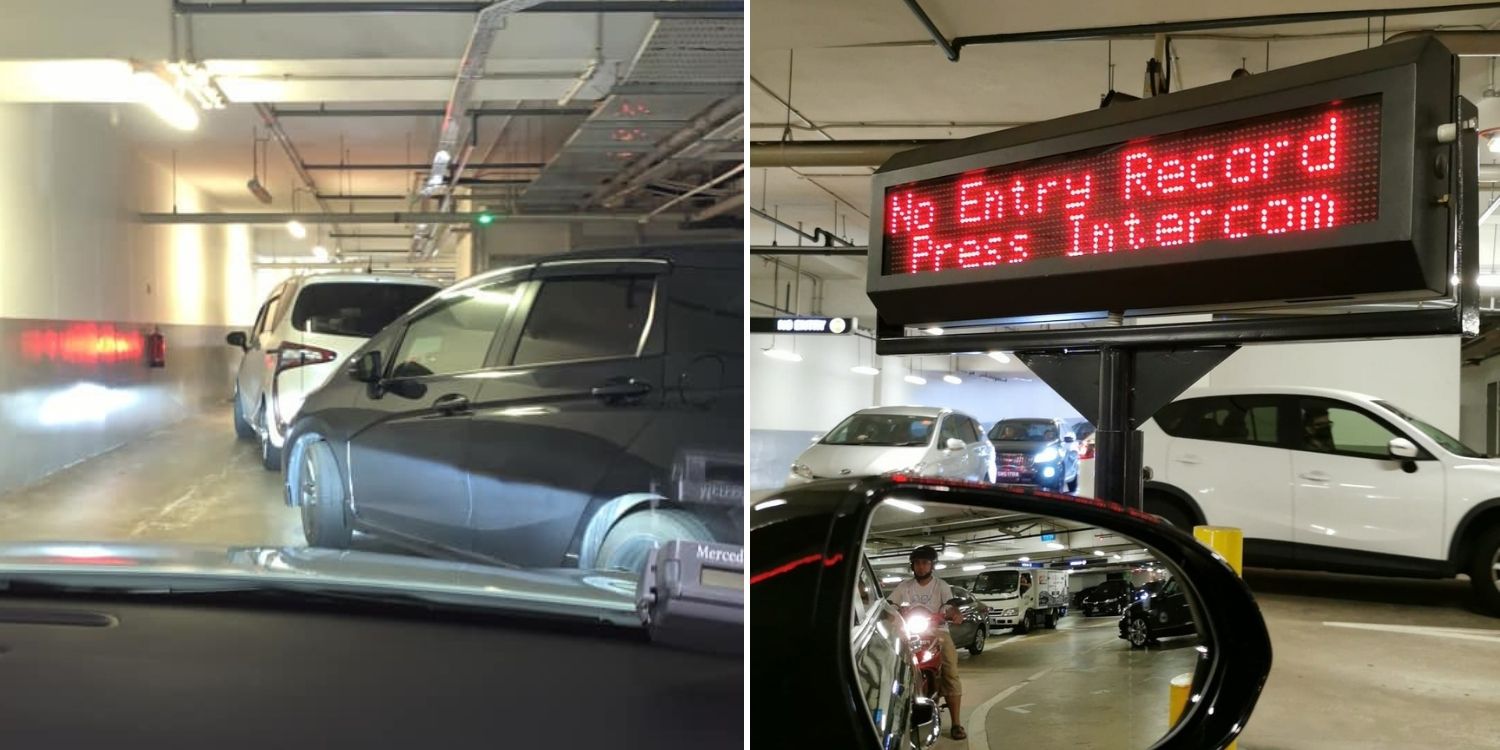 Ever have a nightmare where you’re stuck in a never-ending traffic jam in your car, your patience is wearing thin and worse still, your children are with you and they’re starting to cry?

That nightmare became reality for more than 50 drivers and their passengers at Waterway Point in Punggol on Saturday (3 Oct), and worse still — it was in a stuffy carpark.

The cars were stuck for about an hour when 3 carpark gantries broke down.

Netizen John Lim, who was there on Saturday (3 Oct) morning, shared a desperate plea on Facebook for something to be done.

Netizen trapped for more than 30 mins

He had been trapped in the Waterway Point carpark for more than 30 mins. 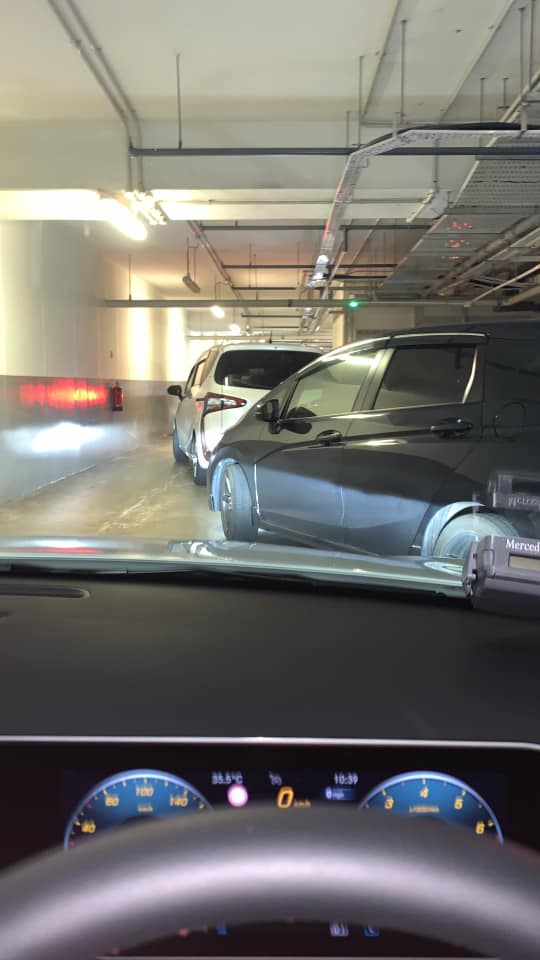 More and more cars were also coming into the queue.

Many of the drivers might have wondered what happened at the beginning of the queue to cause such a jam.

Mr Louis Loo was one of the drivers stuck at the beginning. He said he was stuck at one of the exit gantries and could not exit despite trying everything.

When he pressed the intercom to seek help, he was allegedly told that they “can’t just open the gantry like that” and they had reset the system already, so he should try again.

According to Mr Loo, for at least 15 mins, nobody came down to help. 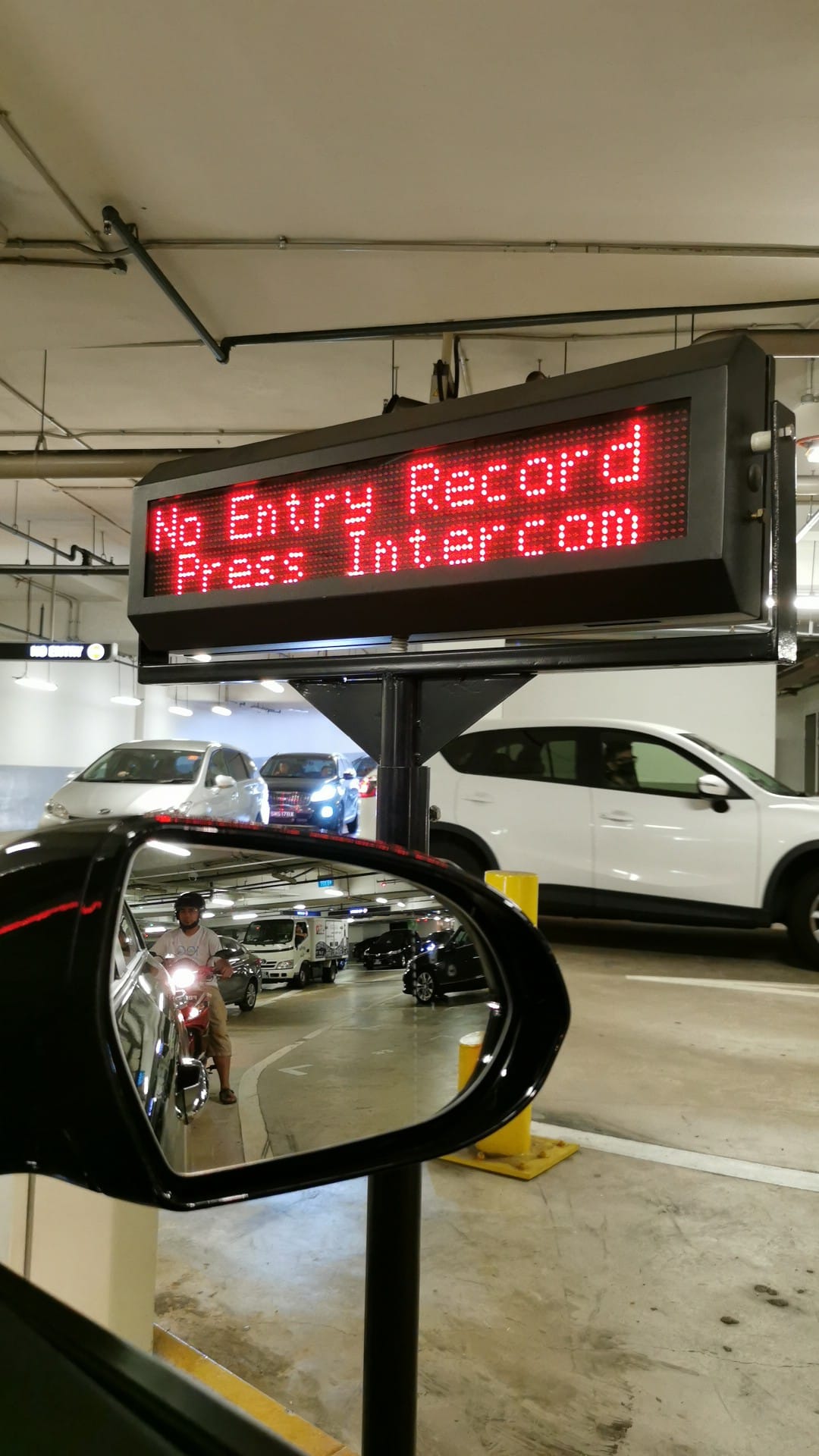 Meanwhile, cars were piling up behind him, and starting to blare their horns.

Mall security couldn’t do much

In an update minutes later, Mr Loo posted that he was still stuck, and nobody apparently wanted to open the gantry.

However, in a subsequent video that he posted, a man in uniform who seems to be a security officer can be seen.

Apparently, he wasn’t able to do much either — he can be seen shrugging his shoulders at another driver. 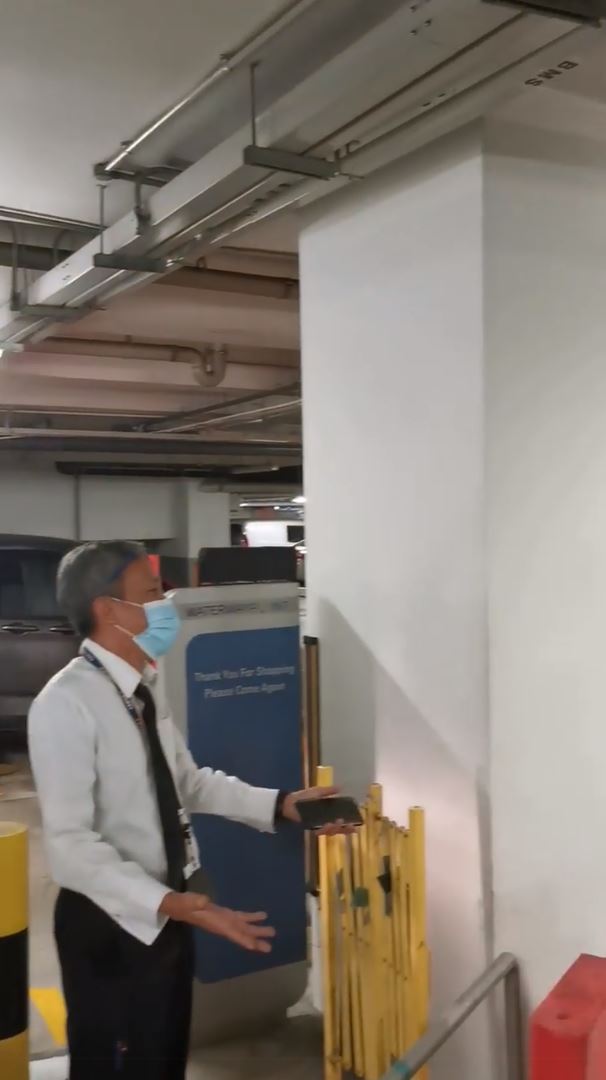 In comments posted by Mr Lim on his original post, he claimed that the guards had refused to open the gantry if payment couldn’t be collected.

He also said that the gantries didn’t move seemingly due to a power failure.

Meanwhile, a queue of cars can be seen waiting. Some frustrated drivers also came out of their cars to check on the situation. People can also be heard exclaiming: “Half an hour!”

They were presumably ranting about the amount of time they had been stuck in the carpark.

Meanwhile, the gantries remained firmly closed. From the video, we can see it’s more than one gantry that’s shut. 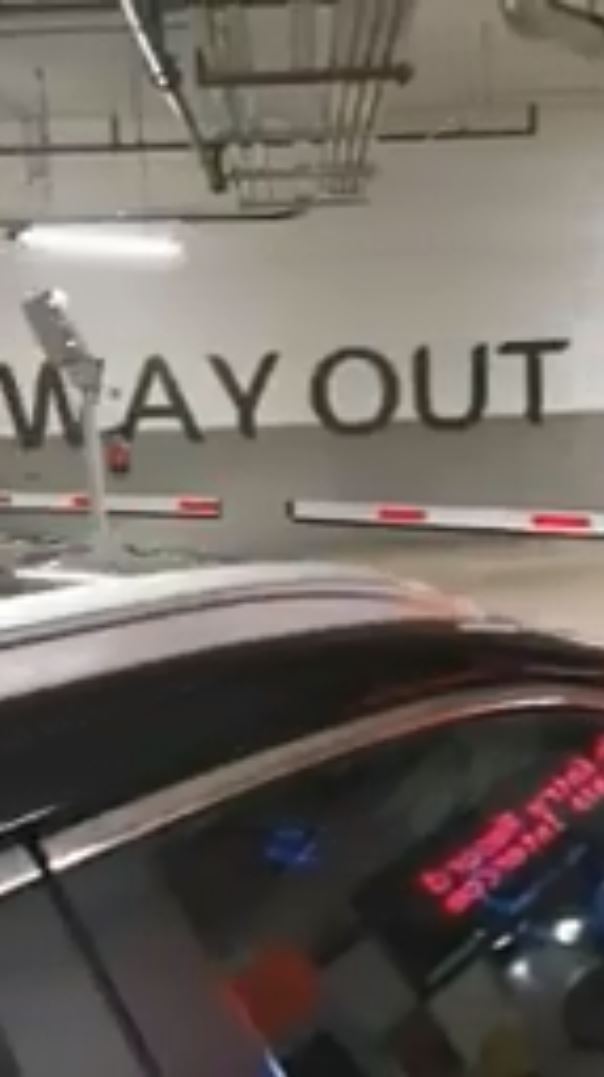 According to Mr Loo’s update, in the queue of vehicles were some Grab delivery riders as well. 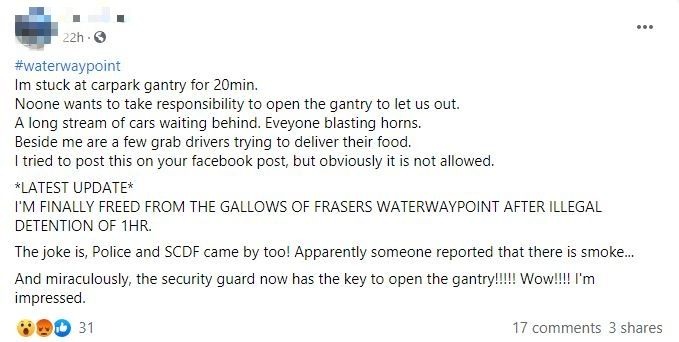 Many cars were blaring their horns too, but to no avail.

Managed to exit after 1 hour

Finally, in his latest update, he said he managed to exit after 1 hour.

That’s after the police and Singapore Civil Defence Force (SCDF) were called, and he claimed he heard there was smoke. 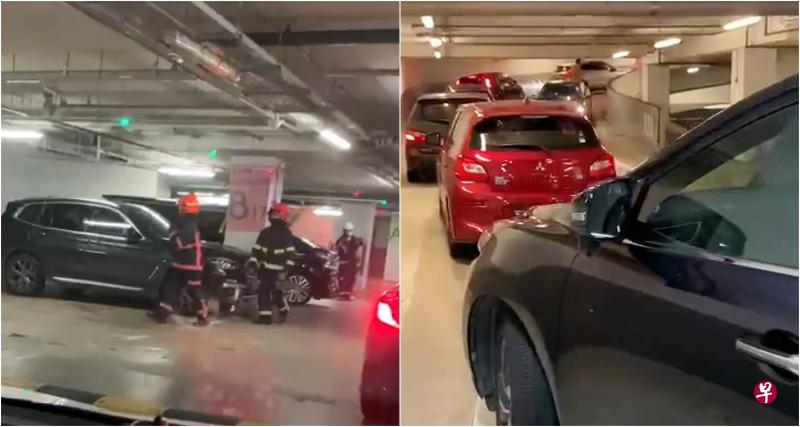 He could exit when the security guards opened the gantry manually, he said.

More than 50 drivers caught in deadlock

According to Lianhe Zaobao, the incident occurred at 10am on Saturday (3 Oct) at Waterway Point.

More than 50 drivers were caught in the jam for about 1 hour, and unsurprisingly they started becoming frantic.

As horns were blared, angry drivers and passengers exited their cars, children started crying, and the police and SCDF were called.

Amid the chaotic scene, some drivers also called Zaobao, the newspaper said.

A driver it spoke to said she tried to call the mall management but nobody answered. 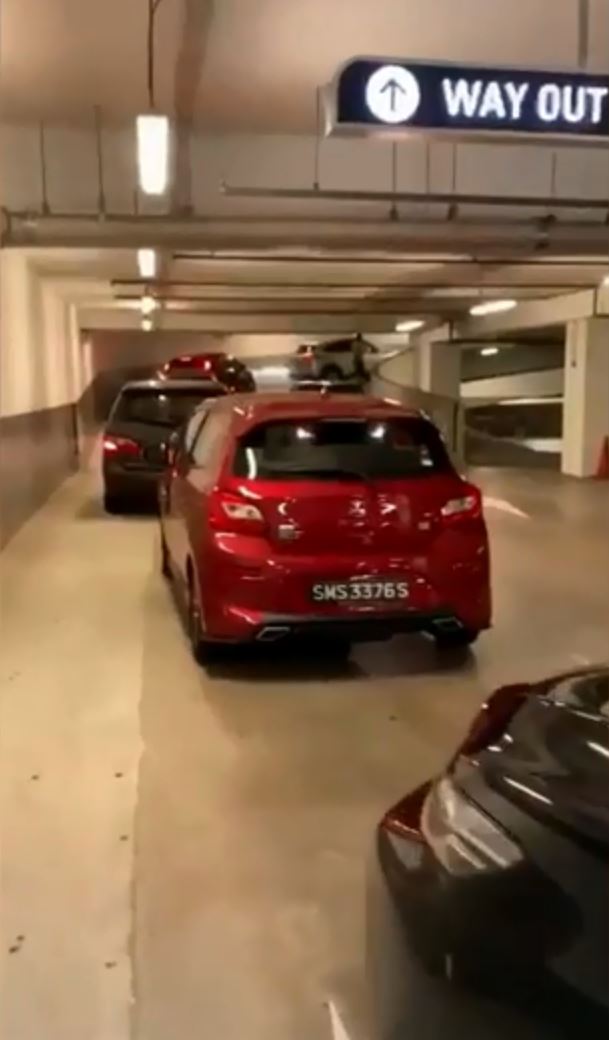 Zaobao quoted a security guard as saying that 2 carpark exit gantries broke down at about 10am.

Later, 1 entrance gantry failed at about 11am.

In the end, he had to open the exit gantry manually, but not without taking down the particulars of each exiting car first, he said.

The 3 gantries didn’t return to normal till 12pm. 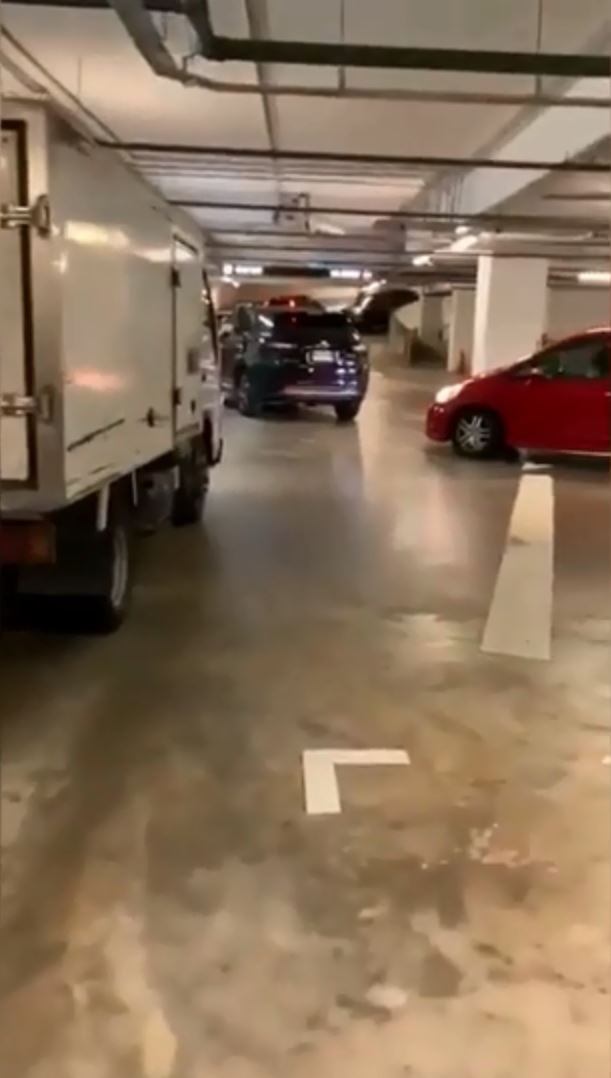 In response to queries from Zaobao, a mall management spokesman said they received reports of the gantries’ failure at about 10.30am.

The fault prevented vehicles from leaving the carpark, and security personnel had to manually open the gantries, he said.

The mall apologised for the incident, and appreciates drivers’ patience and understanding.

While Waterway Point’s escalators have malfunctioned before in Sep 2019 and again in Nov 2019, unfortunately it’s now the turn of the carpark gantries to have problems.

Being stuck in a carpark for close to 1 hour was obviously very frustrating for the drivers and passengers involved.

Though a gantry malfunction may not have been within the mall’s control, it’s difficult to understand whether the gantries could have been manually opened earlier instead of after 1 hour.

We hope the management can prevent such an exasperating incident from happening again.