More Wet Weather In First Half Of Oct, Thundery Showers Will Occur On Most Days

The good news for them is that the first half of October will have more of the same, with wet weather expected to continue, said the Meteorological Service Singapore (MSS).

This weekend, in particular, will have thundery showers — so take note if you’re attending the F1 Singapore Grand Prix. 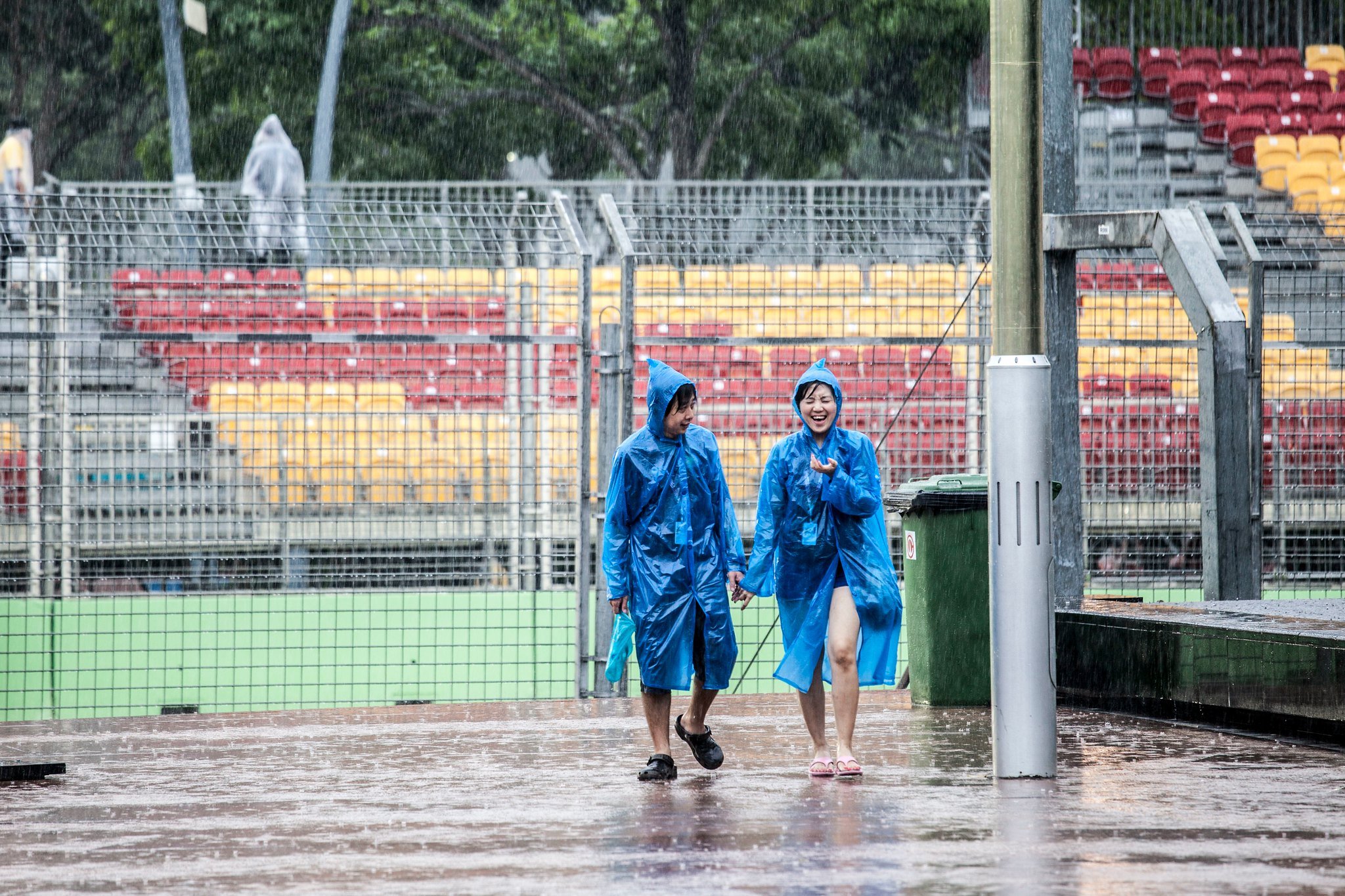 In a weather advisory on Friday (30 Sep), the MSS said the prevailing Southwest Monsoon conditions will persist over Singapore over the next two weeks.

That means low-level winds will blow from the south or west on most days.

They will also bring in thundery showers of varying degrees and at various times of the day.

During most days of the entire two-week period spanning the first half of Oct, thundery showers can be expected between the morning and early afternoon — the most common time of the day for rain.

However, at the first weekend of the month — 1 and 2 Oct — the thundery showers will be moderate to heavy, and in the afternoon.

This is due to the convergence of low-level winds in the region. 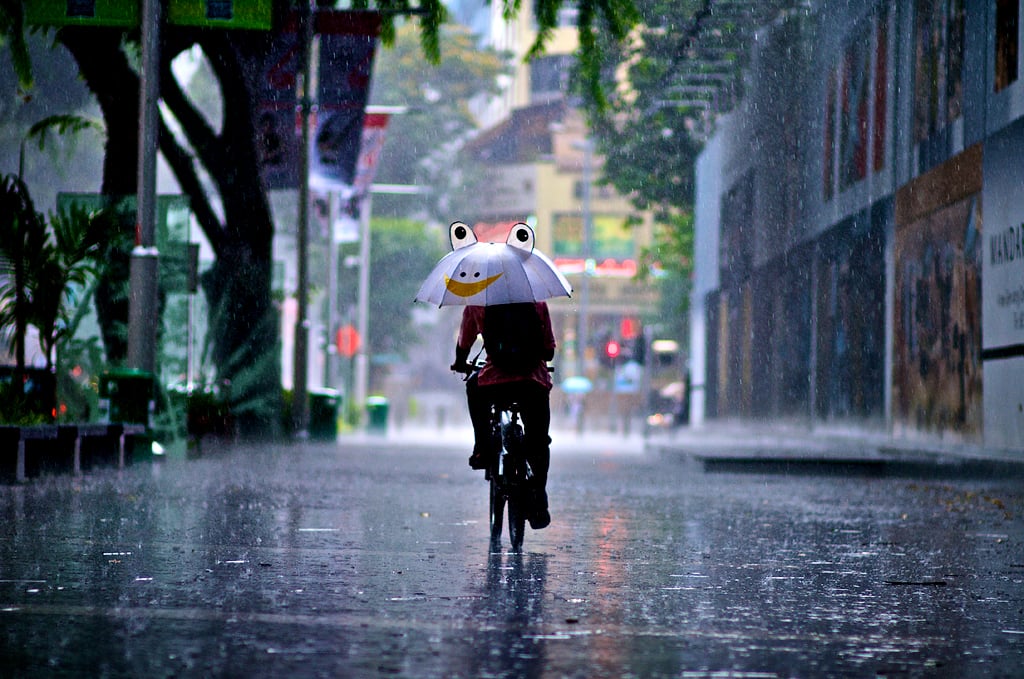 The showers will also coincide with the F1 Singapore Grand Prix, though as it’s a night race, it probably won’t be raining during the race itself.

However, the wet roads may potentially make racing more difficult for competitors.

In 2017, rain-soaked conditions at the Singapore Grand Prix resulted in multiple collisions at the start. 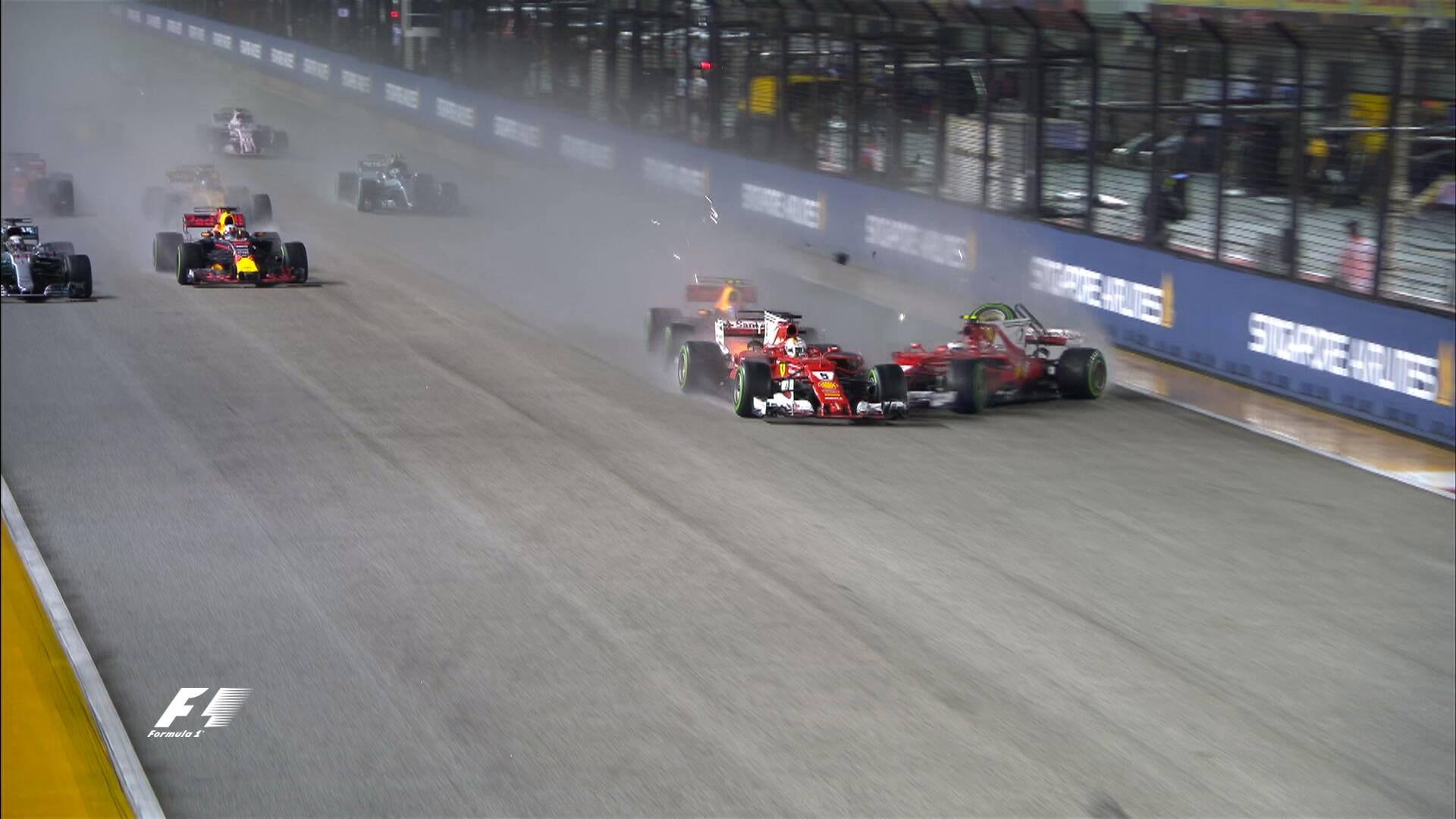 Sumatra Squalls will bring showers in the morning

In the later part of the fortnight, Sumatra Squalls are set to develop in the Strait of Malacca and pass over Singapore, MSS said.

They may bring widespread thundery showers with occasional gusty winds.

This will happen predominantly between the pre-dawn hours and morning, on some days.

The copious rain means that total rainfall for the first half of Oct will be above average over most parts of the island, MSS predicts.

As for the daily temperature, it won’t get much cooler, with the mercury hovering between 24°C and 33°C on most days.

However, the temperature will go down by just 1°C on a few rainy days. 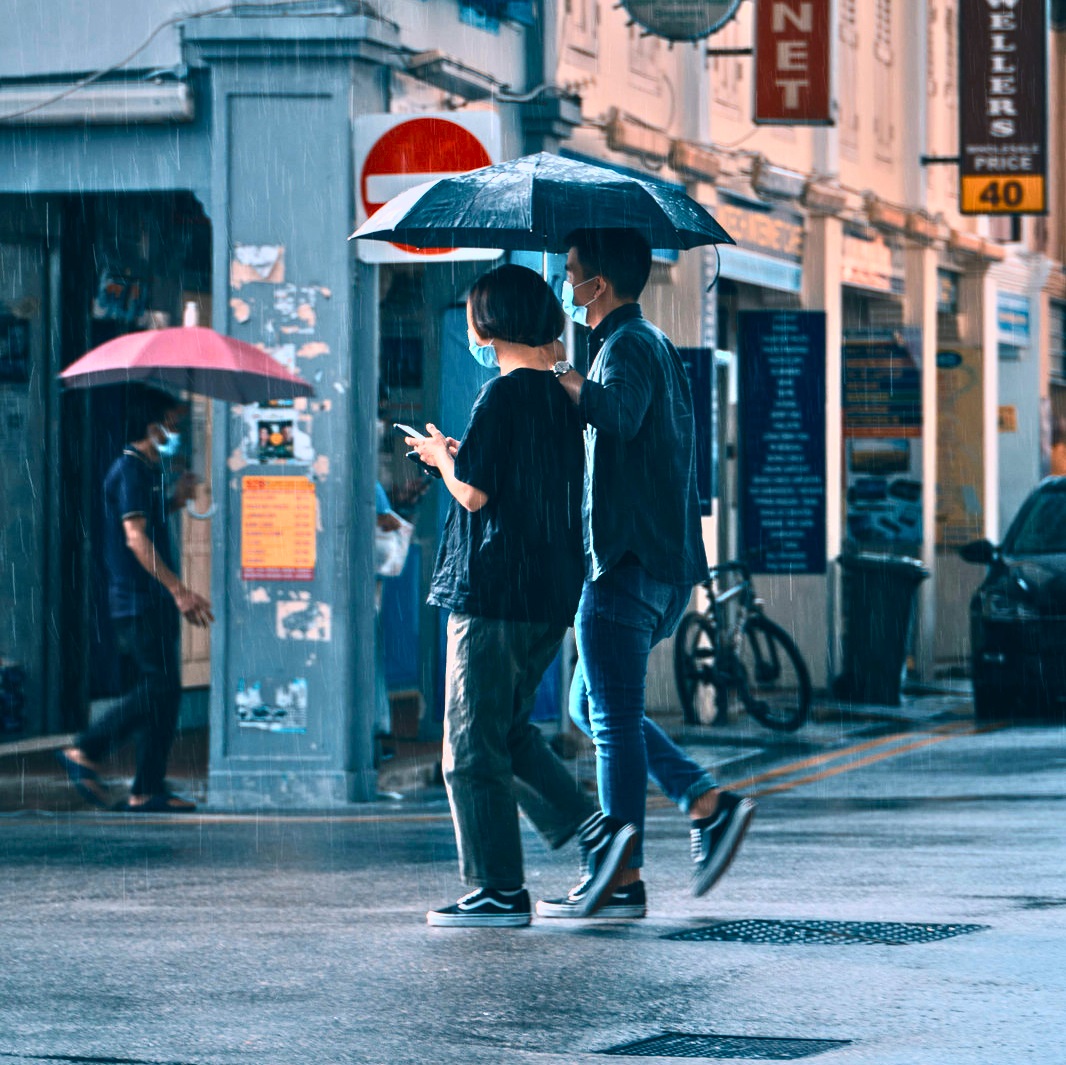 On these days, the daily temperatures might range from 23°C to 32°C.

In September, the second half of the month saw more wet weather than the first, as predicted.

Moderate to heavy thundery showers poured down in the morning on several days, even extending into the afternoon on a few days, MSS said.

On these days, more than 100mm of rain fell over parts of Singapore.

The highest daily total rainfall for September was 127.6mm, recorded in Tuas South on 25 Sep.

The second-highest was 123.6mm, recorded around West Coast Road on 18 Sep.

Thus, the rainfall was above average for many parts of the island in September.

The wet weather means the daily maximum temperature was relatively low, at below 33°C on most days.

The lowest daily minimum temperature for September was recorded at Jurong West on the rainy Sunday morning of 25 Sep — a chilly 21.6°C.

Bring an umbrella to ward off wet weather in Oct

While the news of more wet weather will be music to the ears of some people, it might inconvenience those who have to venture outdoors often.

Though the rain this week may be happening in the afternoon, do remember to bring an umbrella or raincoat if you’re going early for the F1.

Let’s hope all involved will have a good time anyway, with or without rain.