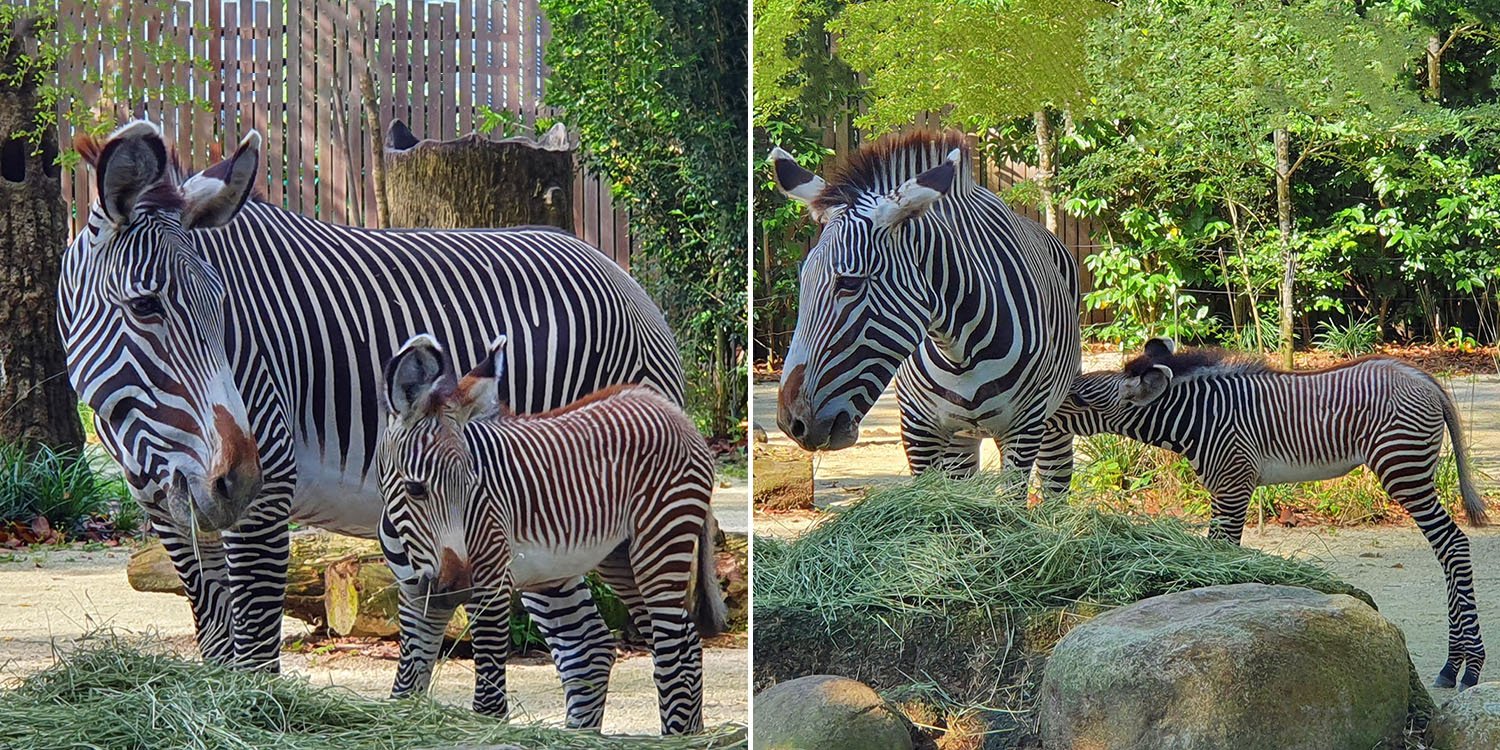 The foal is a female named Izara, which has an African origin meaning star.

Zoos have an important job of conserving different animal species and educating the public about them.

Additionally, zoos often participate in conservation projects dedicated to helping certain species move away from the brink of extinction.

In a press release on Tuesday (26 Oct). the Singapore Zoo announced the birth of a Grevy’s zebra foal

This is the first Grevy’s zebra born in Singapore Zoo, marking a monumental step in protecting the endangered species.

According to the International Union for Conservation of Nature, the Grevy’s zebra is currently classified as an endangered species.

Dr Luis Carlos Neves, Vice President of Animal Care in the Mandai Wildlife Group, shared that there are fewer than 2,000 Grevy’s zebras left in the wild and just over 400 under human care.

This birth comes 1.5 months after the prominent panda cub was born at River Wonders, previously known as River Safari.

The Grevy’s zebra foal was given the name Izara, which is of African origin and means star.

Foal getting used to its enclosure

Nearly a month old, Izara currently has reddish-brown stripes, — features associated with the Grevy’s species. It will gradually turn black as she grows older.

Izara will be conditioned in the herd’s enclosure before joining the rest at the Wild Africa zone in the zoo.

She could be seen trotting happily into her enclosure alongside her mother, Kolle. 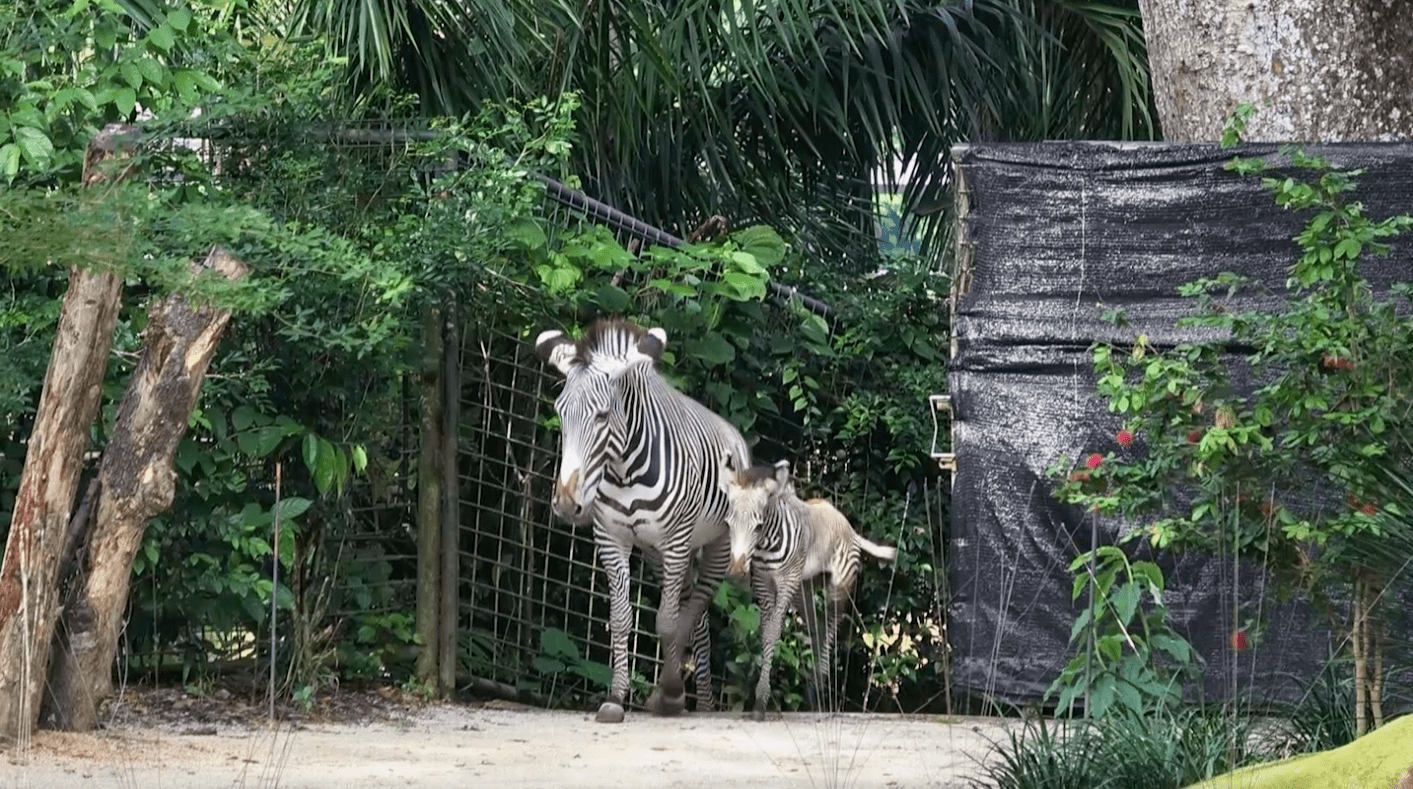 Izara is still suckling from her mother as she is still rather young.

However, her keepers note that she is slowly starting to nibble on solid food as well. 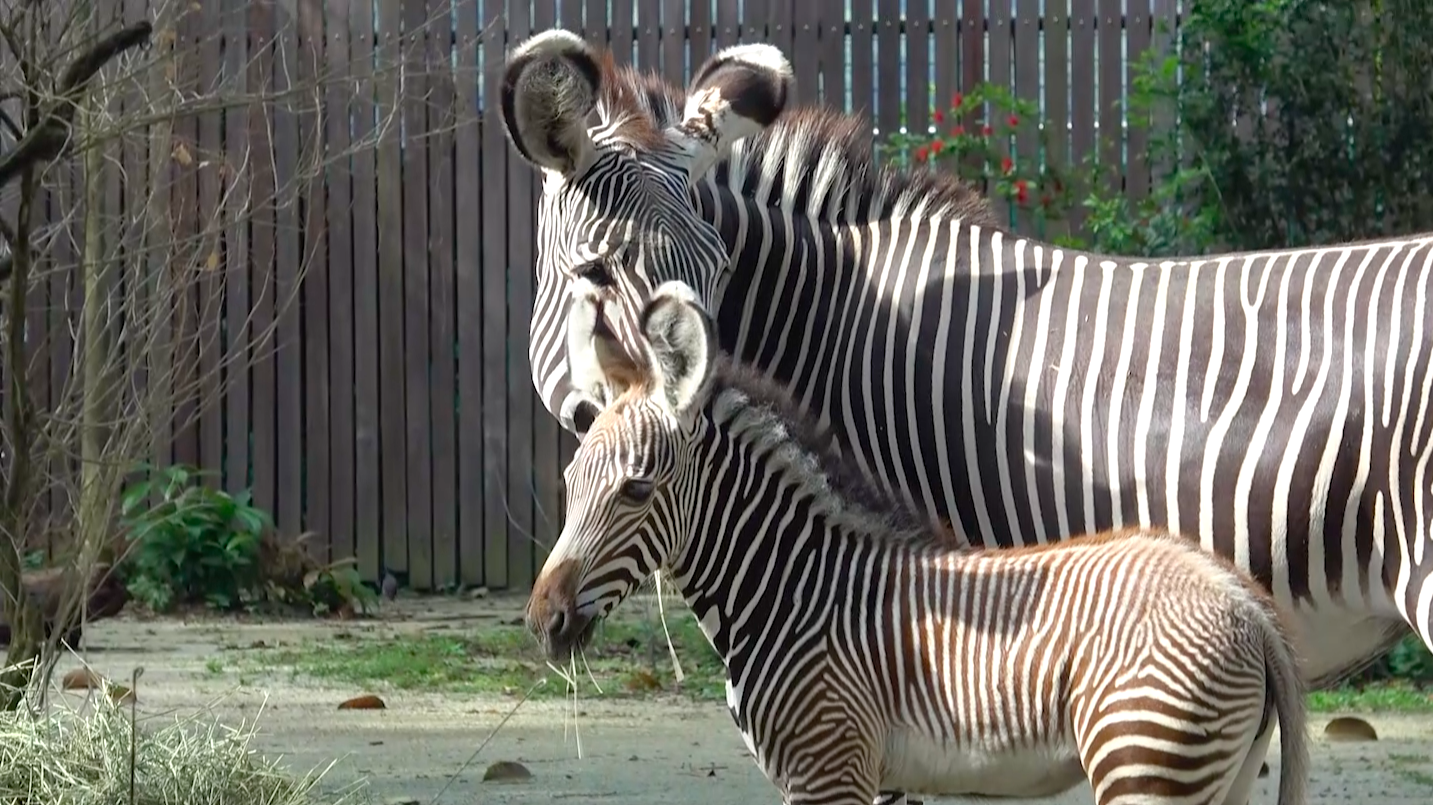 Additionally, Izara is extremely lively and often runs around the enclosure. She was even pictured playfully chasing after a bird. 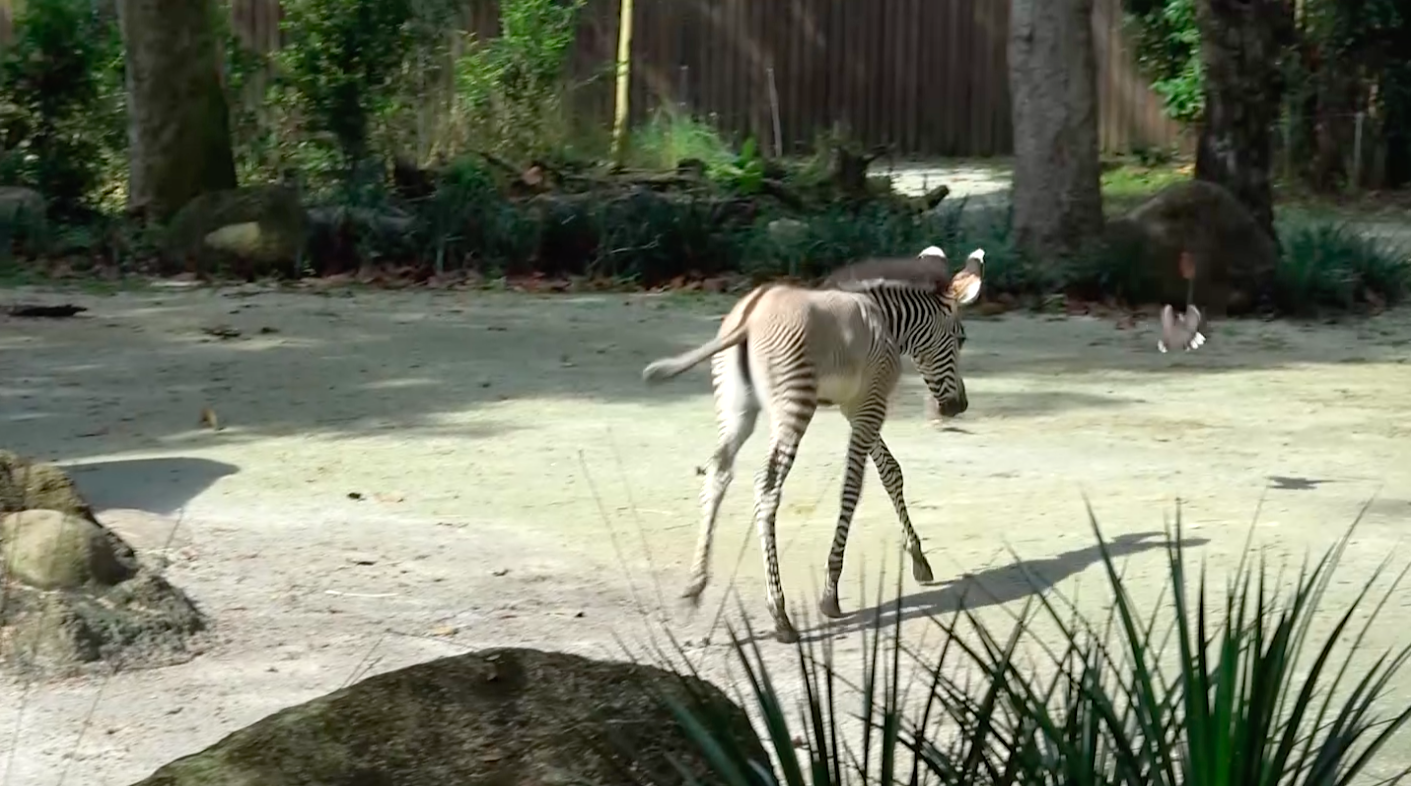 The entire Grevy’s zebra herd arrived in Singapore last June from USA’s Tanganyika Wildlife Park. It is home to Izaraa’s parents as well as 2 other female zebras.

They are part of the European Association of Zoos and Aquaria (EAZA) ex-situ programme (EEP) for the species.

By initiating the programme, they hope to maintain a healthy and sustainable population under human care for both conservation and educational purposes.

Grevy’s zebras are the largest and most endangered of the world’s 3 remaining zebra species. They can be found in isolated pockets of Ethiopia and Northern Kenya.

Unfortunately, wild populations have fallen by 85% in the last 30 years due to loss of water sources, habitat loss, hunting, and disease.

We’re glad that Singapore Zoo is doing its part to conserve not only the Grevy’s zebra population but other animal species as well.

Those who wish to meet the Grevy’s zebra herd at the Singapore Zoo can do so soon once Izara has been conditioned.

We certainly look forward to seeing the little one grow up.