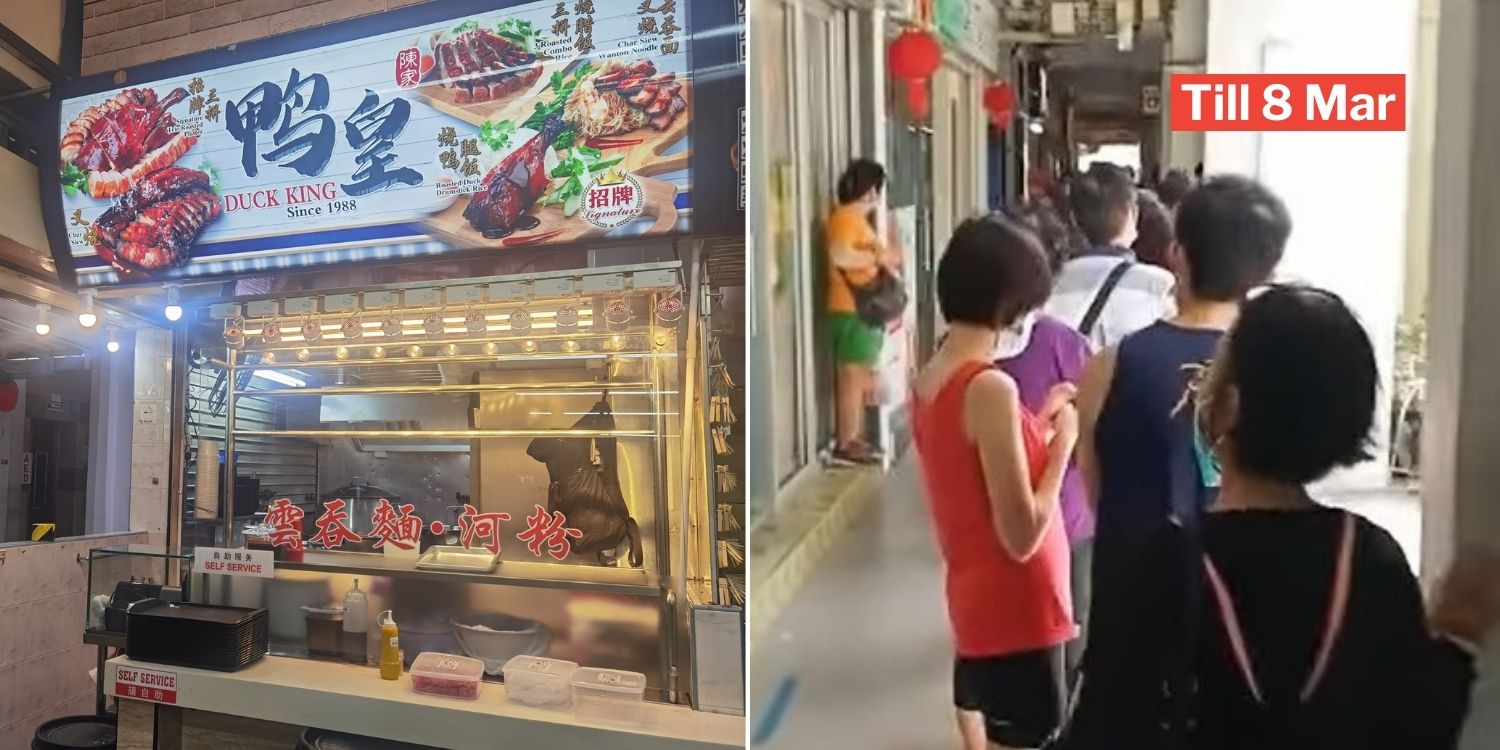 Where there is cheap food in Singapore, a queue will form.

For most Singaporeans, chicken rice is their everyday comfort food, and that’s why it’s also our unofficial national dish.

Combine that with our love for a good bargain, and you’ll always have roaring business.

That’s probably why a newly opened hawker stall in Bukit Batok decided to kickstart its operations by offering chicken rice at the dirt-cheap price of $0.80. 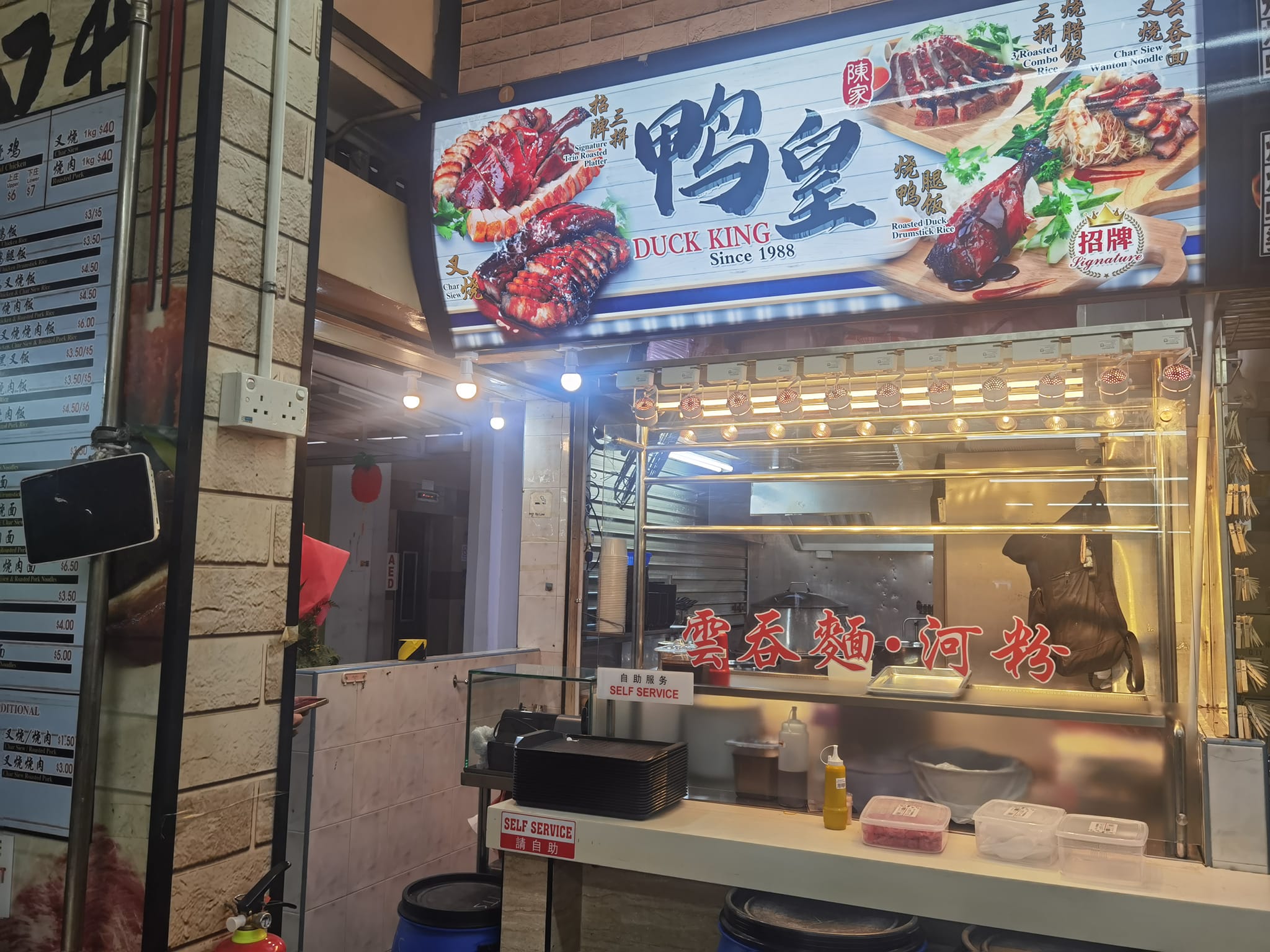 Predictably, long queues formed at the stall on the 1st day of the offer, as Singaporeans rushed to take advantage of it.

Promotion for 4 days only

The stall in question is Duck King at Block 217, Bukit Batok Street 21.

Their 1st day of operations was on Friday (4 Mar), and to mark the occasion, they decided to hold a promotion. 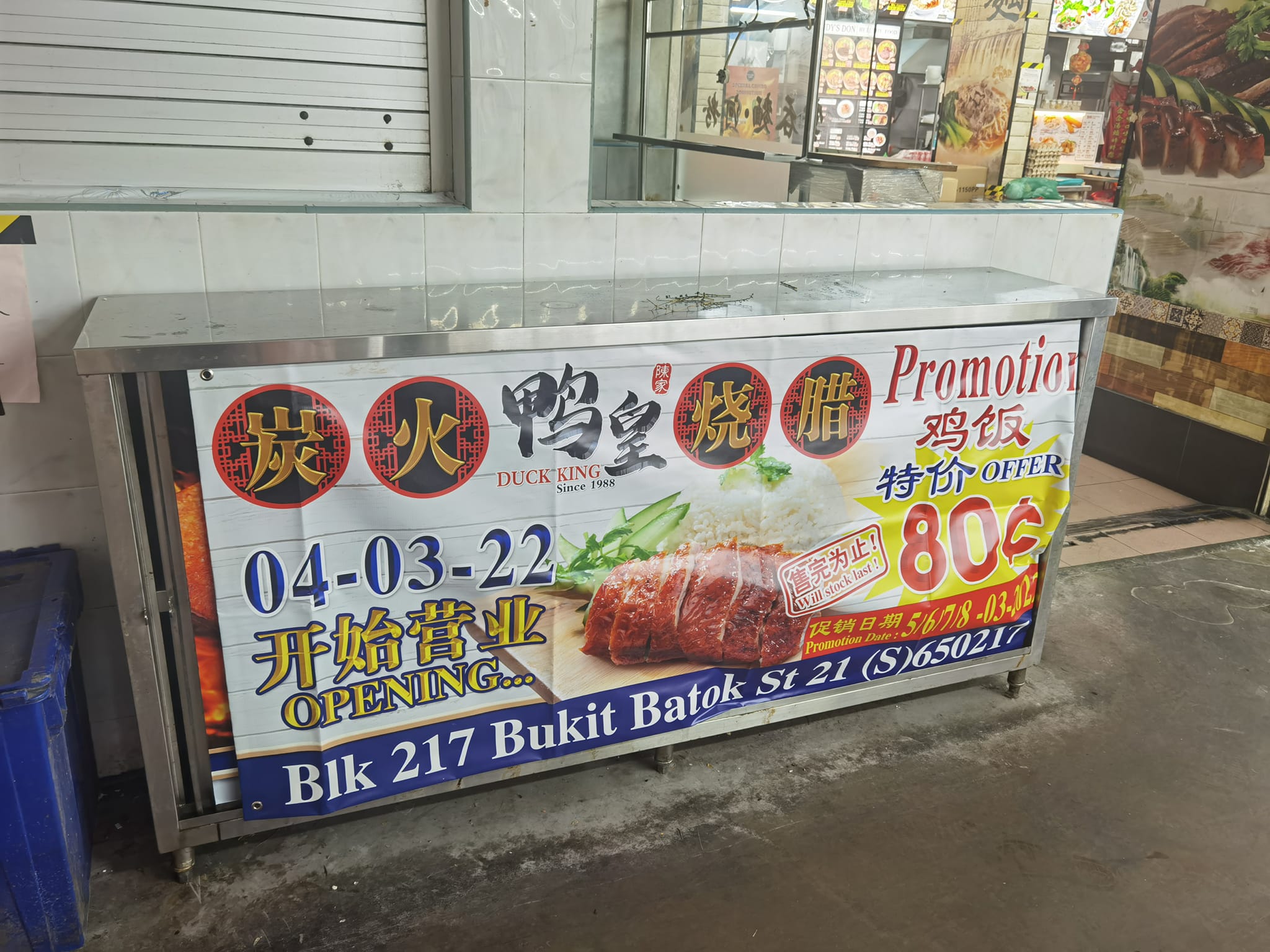 According to 8 Days, the portion you’ll get is the same as its starter plate of chicken rice, which normally goes for $3.

It even comes with a bowl of soup.

That’s certainly a good deal in any penny-pinching Singaporean’s book.

3 packets for takeaway, no limit for dine-in

Better still, if you’re intending to dine in at the coffee shop, there’s apparently no limit to the number of plates you can order.

Stall owner Carlson You told 8 Days that there’s no limit to the number of $0.80 chicken rice plates they can sell a day.

However, takeaway customers are limited to 3 packets per person. 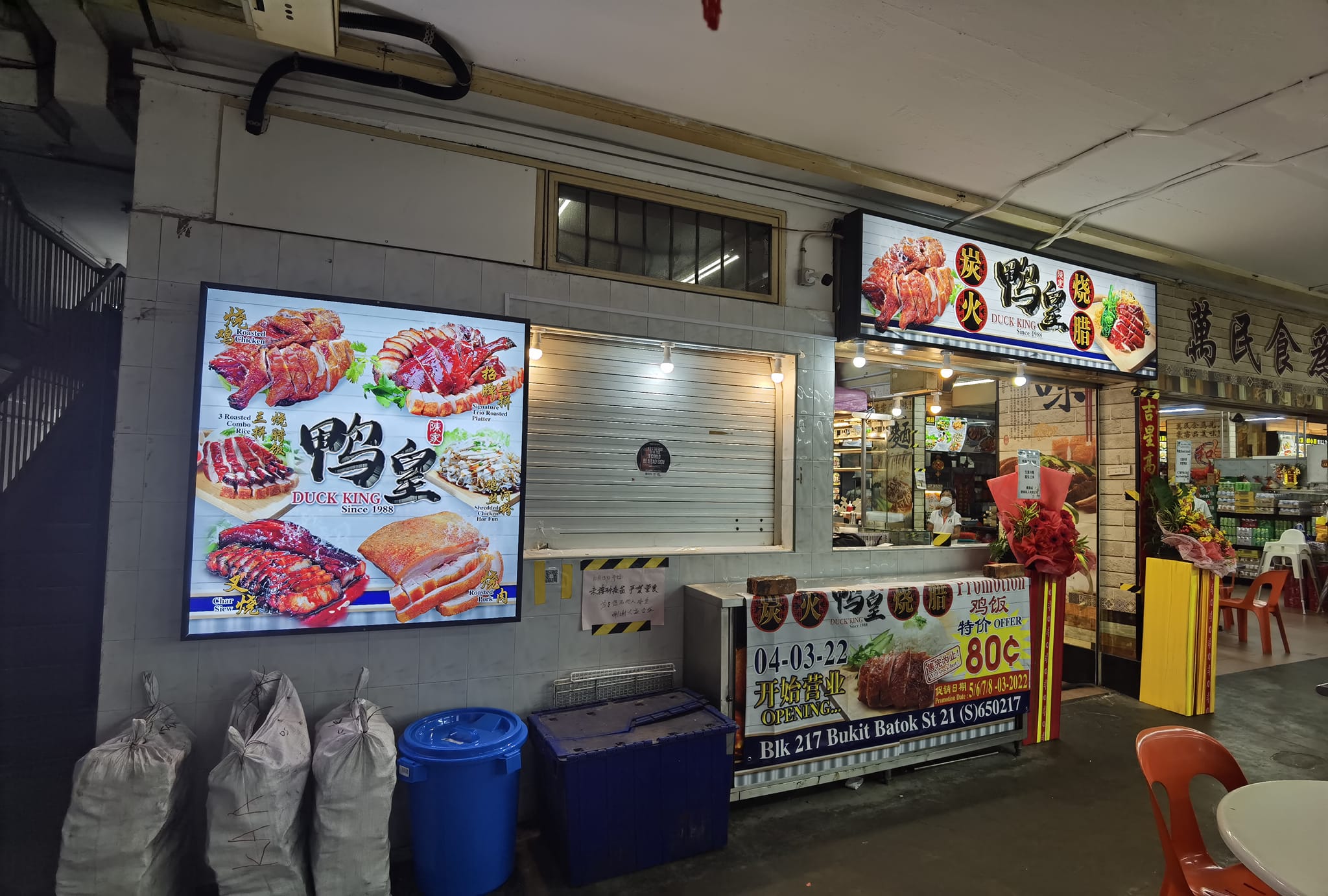 So technically, people can bring their family and pals to grab as much as they want while stocks last, if they’re eating there – subject to safe distancing limits of 5 people a table, of course.

Mr Yau said the promotion was to drive up business, and it definitely worked.

According to a photo that Duck King posted on Saturday (5 Mar) – the 1st day of the promo – a long queue had formed outside the stall. 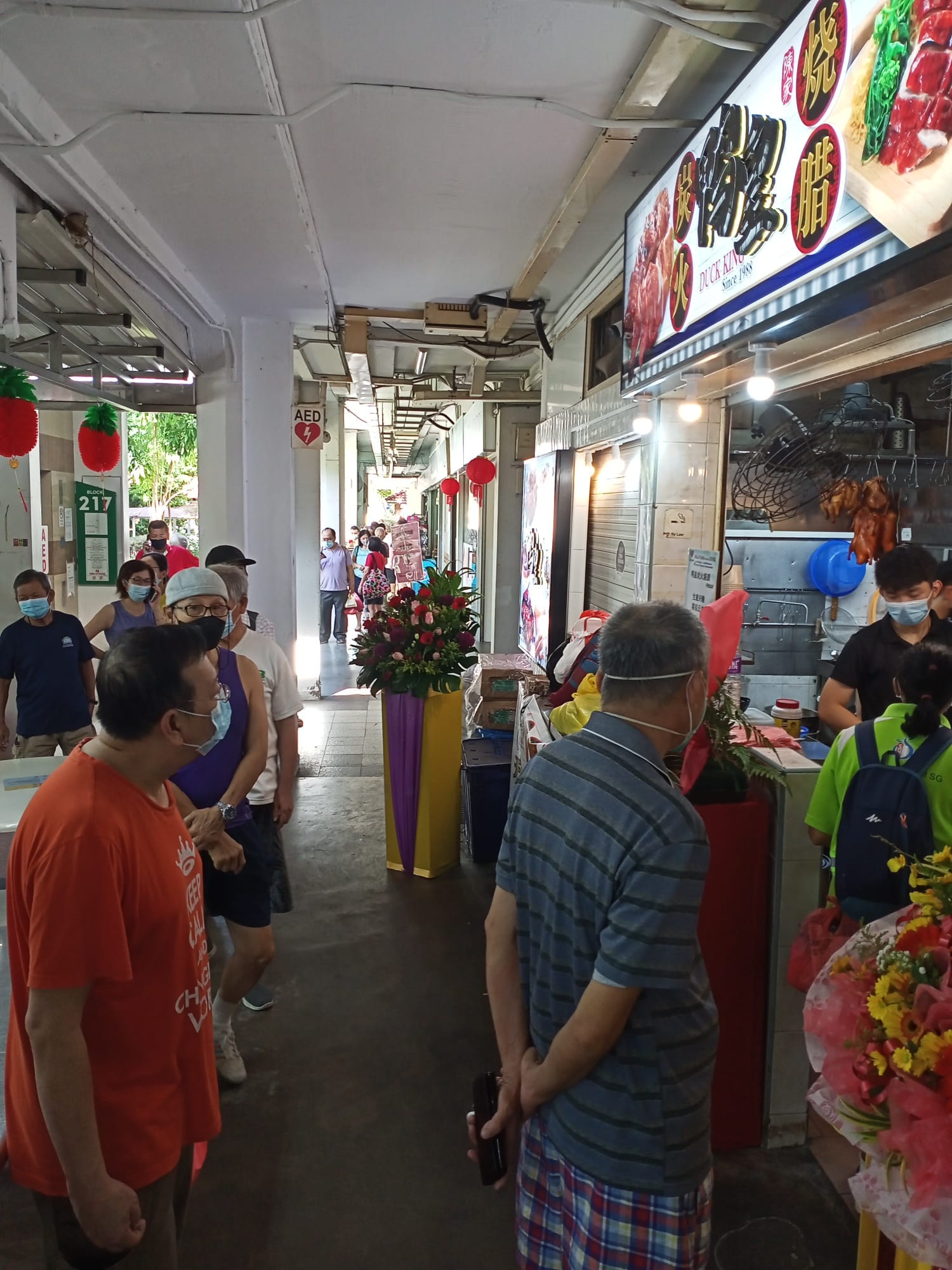 The line stretched several units down the narrow corridor of the block. In the caption of a subsequent video that showed the full extent of the queue, Duck King thanked customers for their patience. 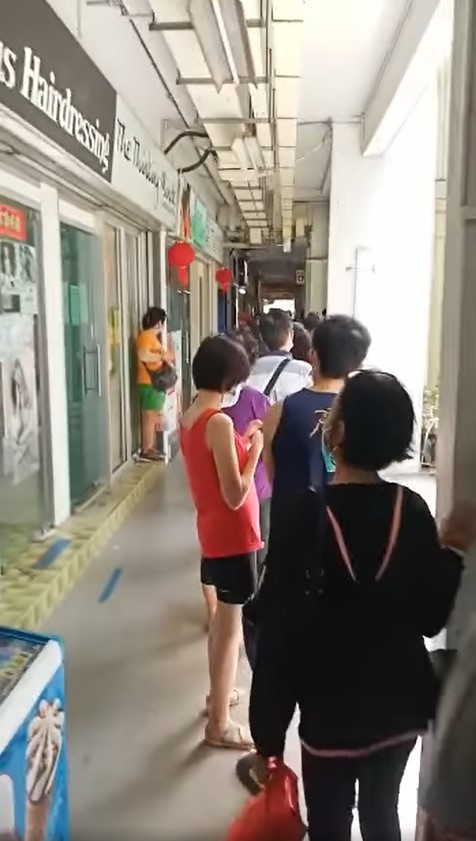 Chain has 3 other stalls

Of course, chicken rice isn’t the only thing they serve at Duck King.

They also have 3 other stalls in Singapore, though the promo is only at their new one in Bukit Batok. 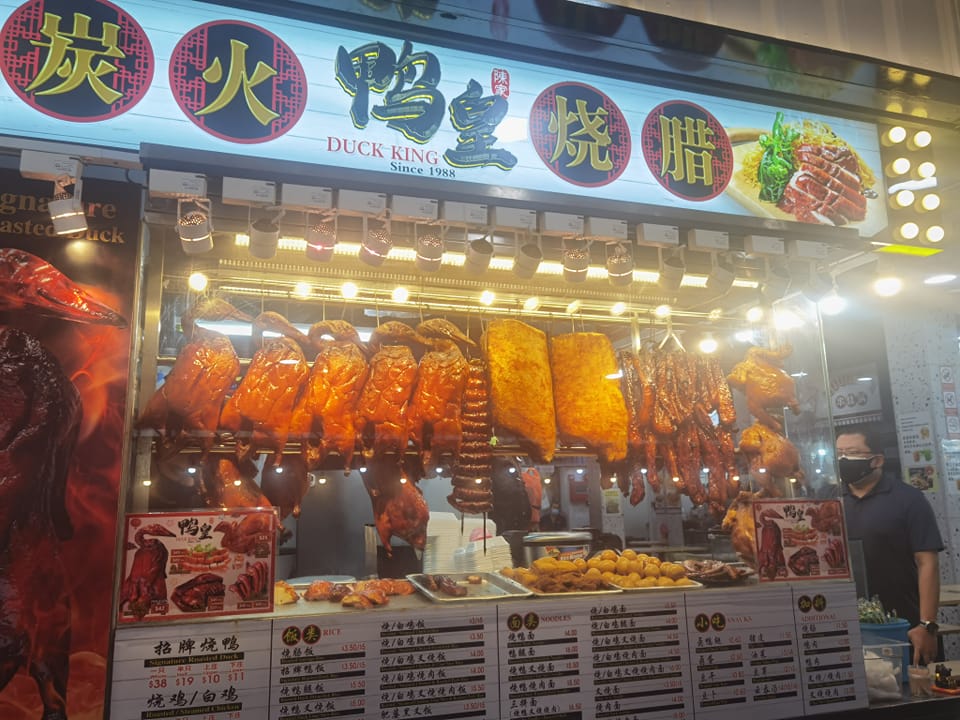 According to 8 Days, the $0.80 offer is only for chicken rice because, understandably, duck is more expensive and needs more preparation.

Cheap chicken rice is always well-received in Singapore, so it’s a no-brainer to raise awareness with this promo.

It also helps out Singaporeans who may need to save their money during difficult times, so kudos to Duck King for the offer.

Affordable food like this will no doubt be harder to come by as prices go up year by year, so do head down ASAP if you’d like to give it a try.