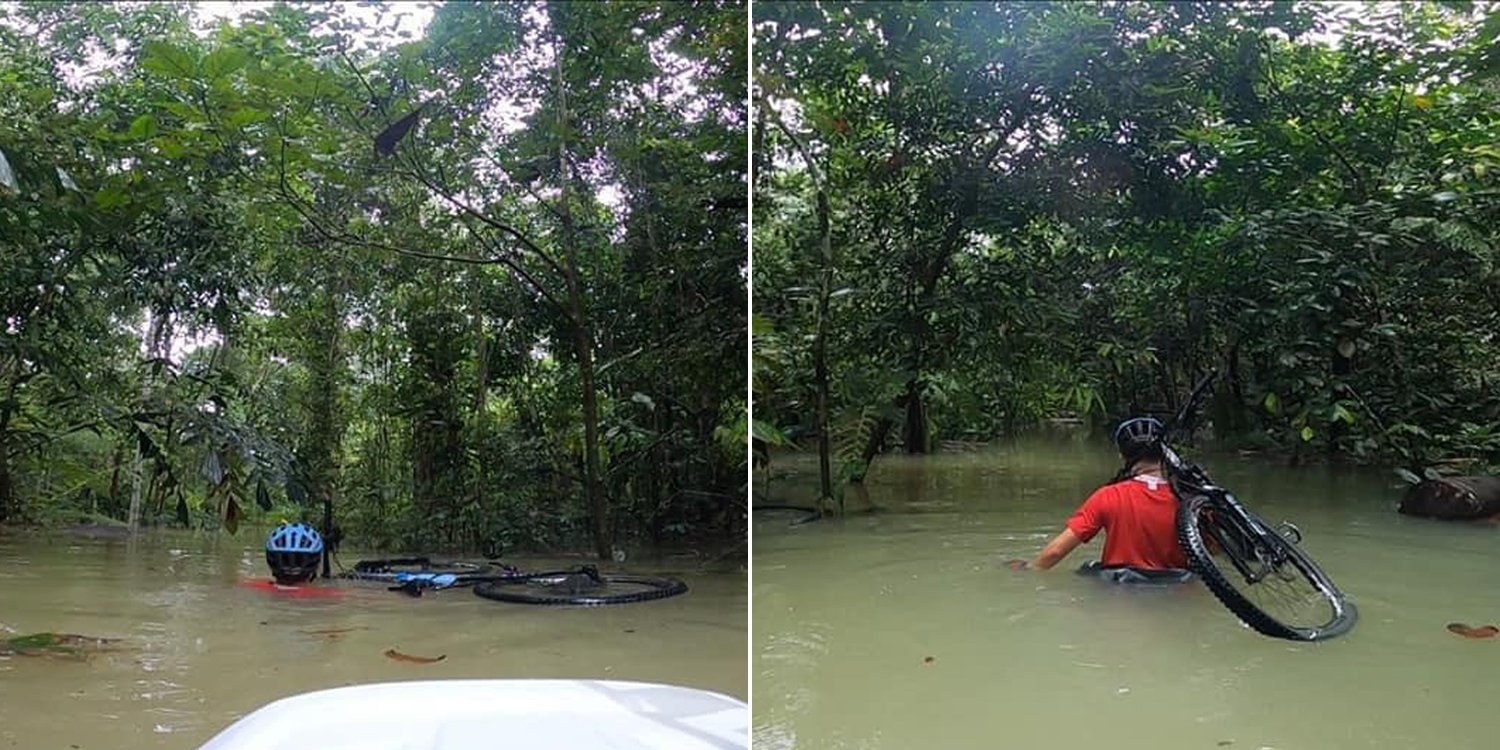 Massive downpours have led to flooding in malls and roads in various parts of the country. While drivers and commuters were stuck in traffic, some cyclists may have had it worse. 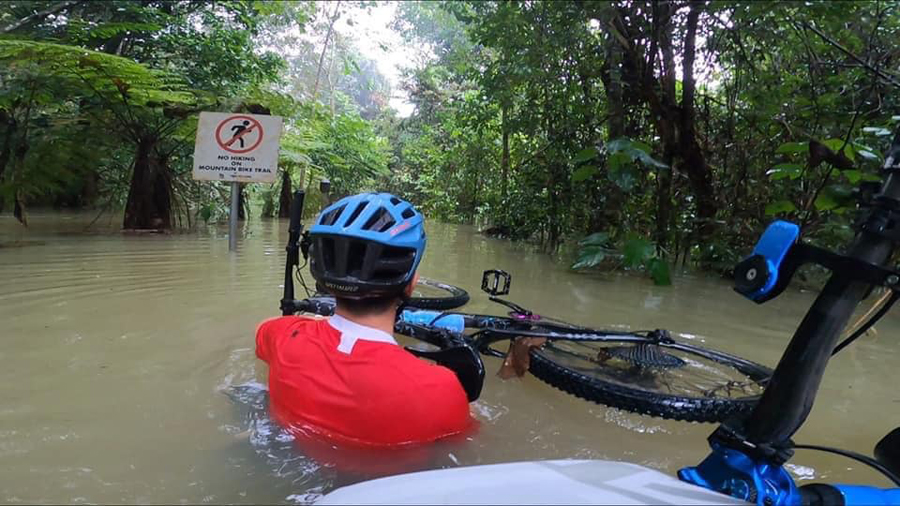 Roads submerged in water are one thing, but struggling with a flooded mountain trail is quite another.

Many Singaporeans have turned to exploring our natural greenery to get a taste of adventure. But it’s probably best to postpone your hiking and cycling plans, especially if you’re not a confident swimmer.

On Tuesday (24 Aug), SG Road Vigilante shared photos of cyclists traversing what looked like a dirty swamp but was actually a mountain trail. 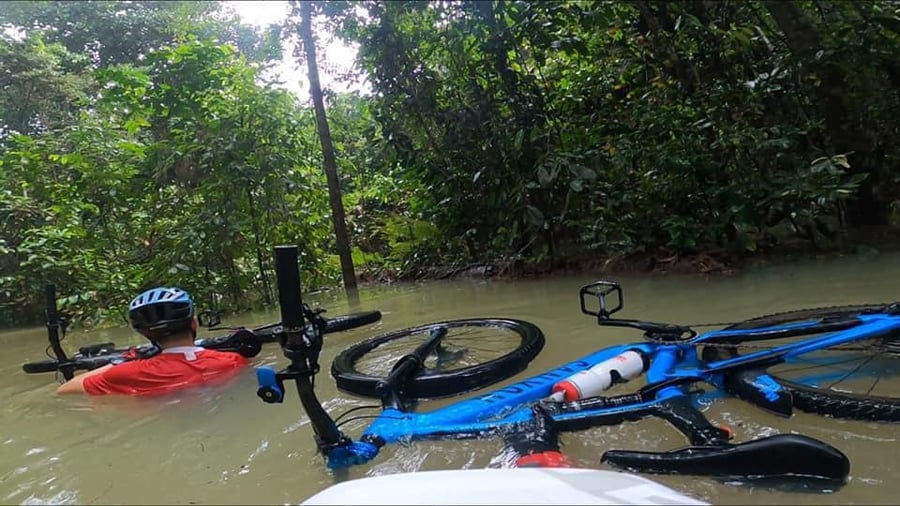 According to the post, some areas were so deep that it was impossible to touch the ground. 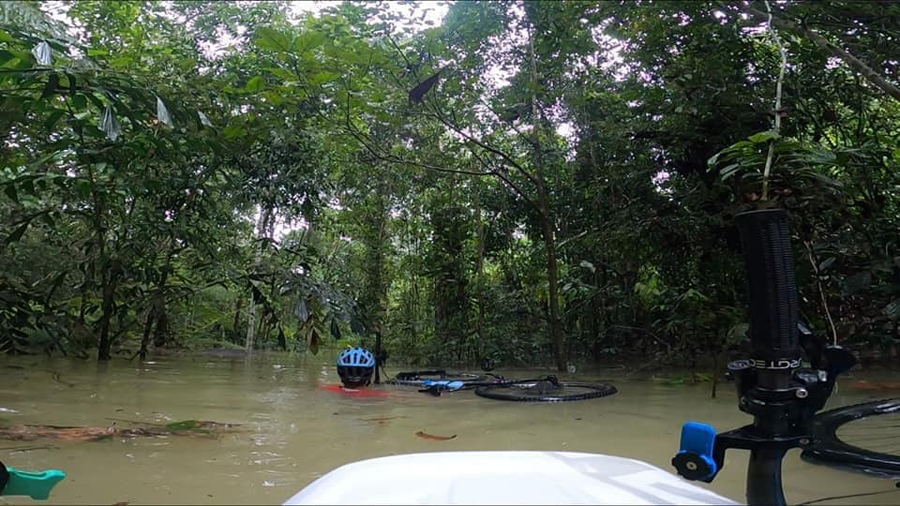 Because the entire trail was overflowing with water, some cyclists had to seemingly resort to clinging to a tree branch to stay afloat. At long last, they appeared to surpass the obstacle with their bicycles on their backs, as they approached more passable waters. 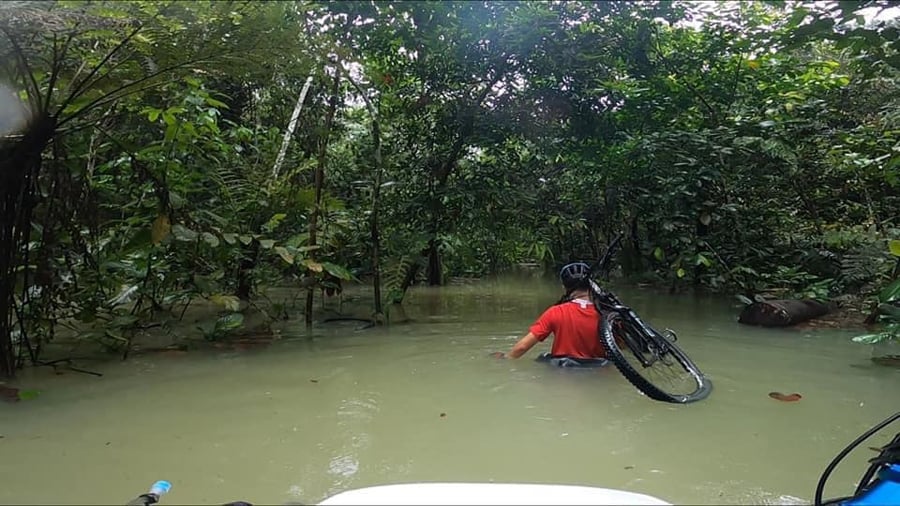 In another video on the @sgfollowsall Instagram page, another cyclist was spotted swimming in the massive pool to reach his bicycle.

His moves earned comparisons to our very own national swimmer Joseph Schooling, as he splashed his way through the water. Here’s to hoping he wasn’t swimming with any dangerous reptiles or amphibians. 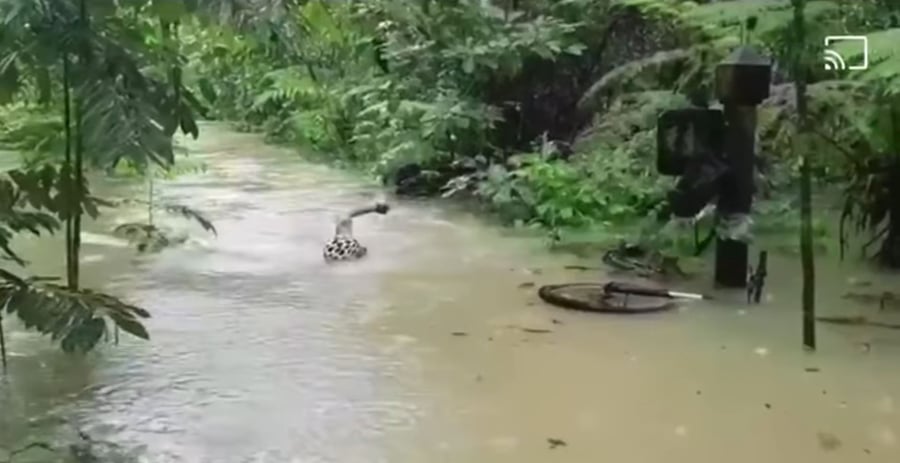 As the cyclist reached his bicycle, he stood up to reveal that the water may have been knee-high, at least at that point. He then pushed his bicycle across. 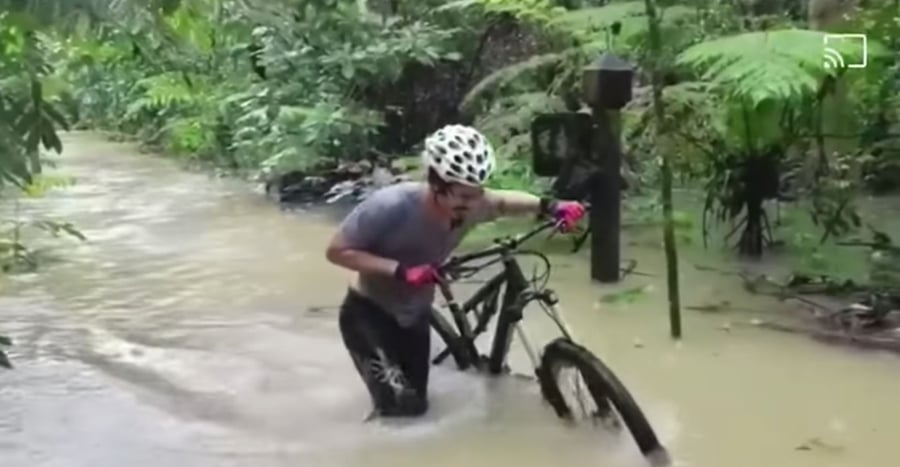 We can’t control the whims of Mother Nature, so all we can do is patiently wait until the flooding subsides.

If you have friends planning to venture through the Bukit Timah trail soon, tag them in the comments. While exploring the outdoors and getting some exercise is good, we’d recommend checking the weather forecast to avoid situations like these.

Since heavy rainfall is expected to continue for the rest of August, it’s best for hikers and cyclists to wait until our nature trails are not vulnerable to floods.