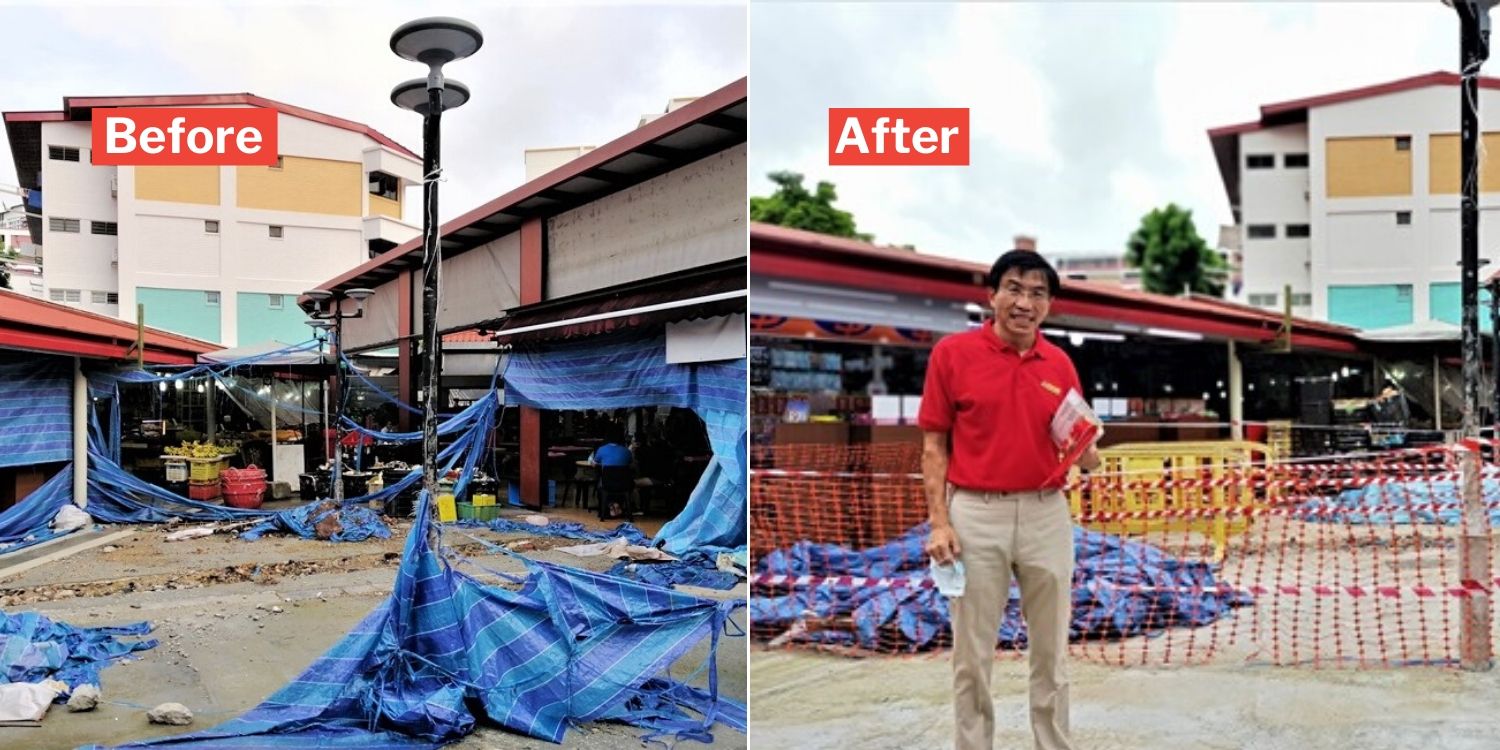 When you vote in the 2020 General Election, will you want the candidate you’re voting for to be focusing 100% on your community and improving the lives of your residents?

That’s the question that Singapore Democratic Party chief Chee Soon Juan is asking voters once again this time, as he noted that a “hazardous mess” in Bukit Batok Single-Member Constituency (SMC) was cordoned off properly after he highlighted it on Facebook. “Most crowded spot in Bukit Batok”

In a Facebook post on Saturday (27 Jun), Dr Chee said the spot in concern was at Blk 154 in Bukit Batok, next to a wet market and huge hawker centre – “the most crowded spot” in the estate, he said. 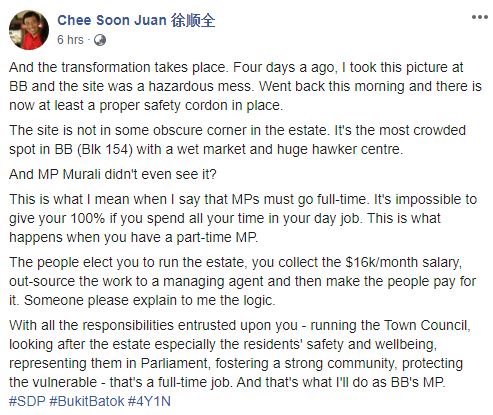 A few days ago, in another Facebook post on Thursday (25 Jun), Dr Chee took a photo there, and the spot was what he called a “hazardous mess”, among other questions he asked questions of incumbent MP Murali Pillai. In his post, Dr Chee also said the area is not just an eyesore but also a safety hazard, and it should be properly cordoned off.

Now, a safety cordon in place

When he came back on Saturday (27 Jun) morning, he found that there was a proper safety cordon in place.

Questioning by Mr Murali didn’t see it until he pointed it out, Dr Chee took this incident as an example to emphasise that MPs must go full-time, inserting a dig as Mr Murali as a “part-time MP”,

It’s impossible to give your 100% if you spend all your time in your day job. This is what happens when you have a part-time MP.

According to the website of law firm Rajah & Tann, Mr Murali is a partner at the firm, and was appointed a senior counsel in Jan. However, he says that though the people elect MPs to run the estate, it’s not logical if an MP outsources this work to a managing agent and then makes the people pay for it.

MPs have many responsibilities

He also listed out the responsibilities of an MP:

All that means that being an MP is a full-time job.

That’s a full-time job that Dr Chee will do if elected in Bukit Batok SMC, he said. 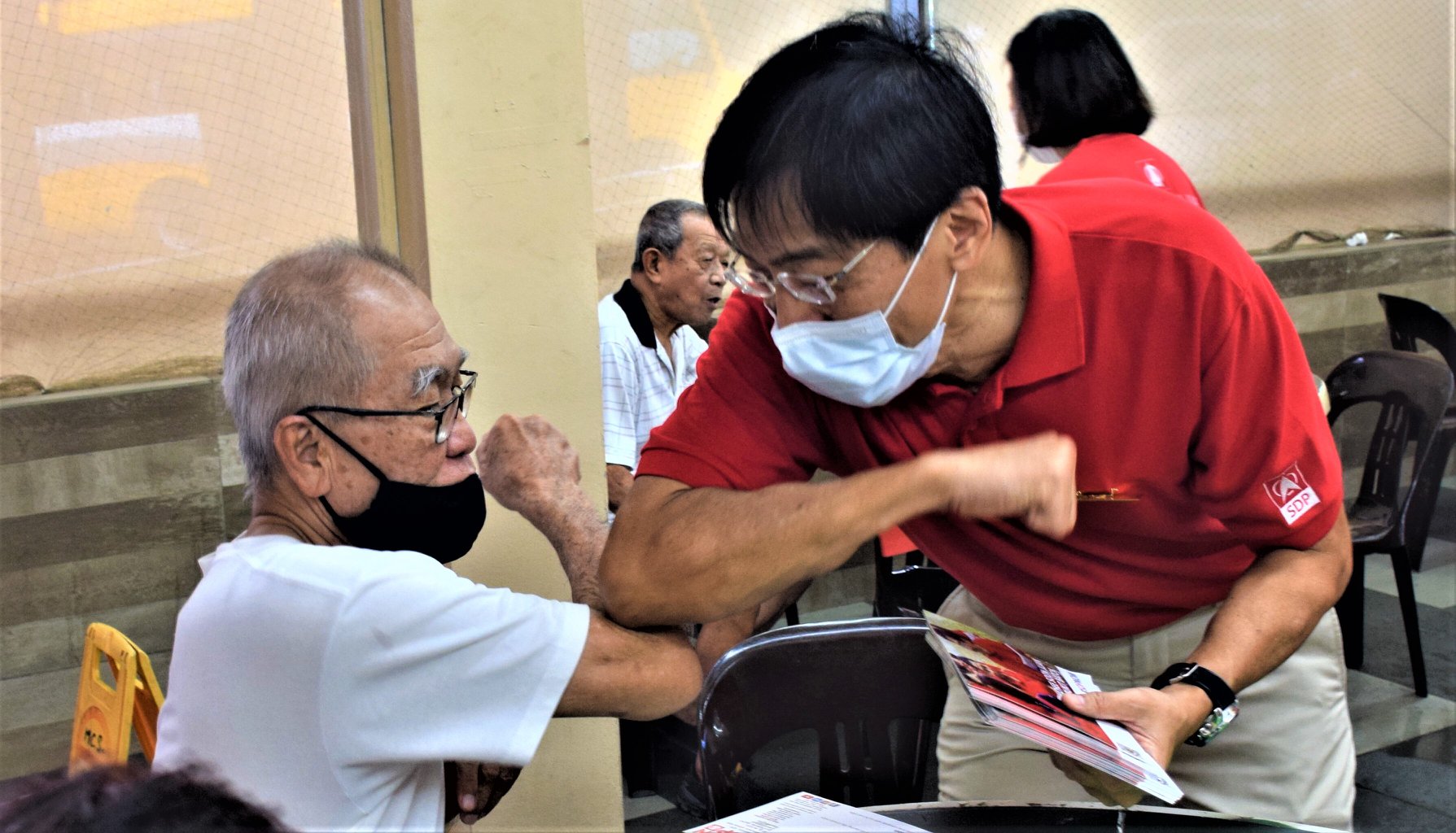 It’s good to know that Dr Chee will be doing as much as he can for Bukit Batok residents if elected, such that he’s willing to commit full-time.

With Dr Chee breathing down his neck, Mr Murali has a fierce fight on his hands this GE2020.

Are you persuaded by Dr Chee’s pitch?