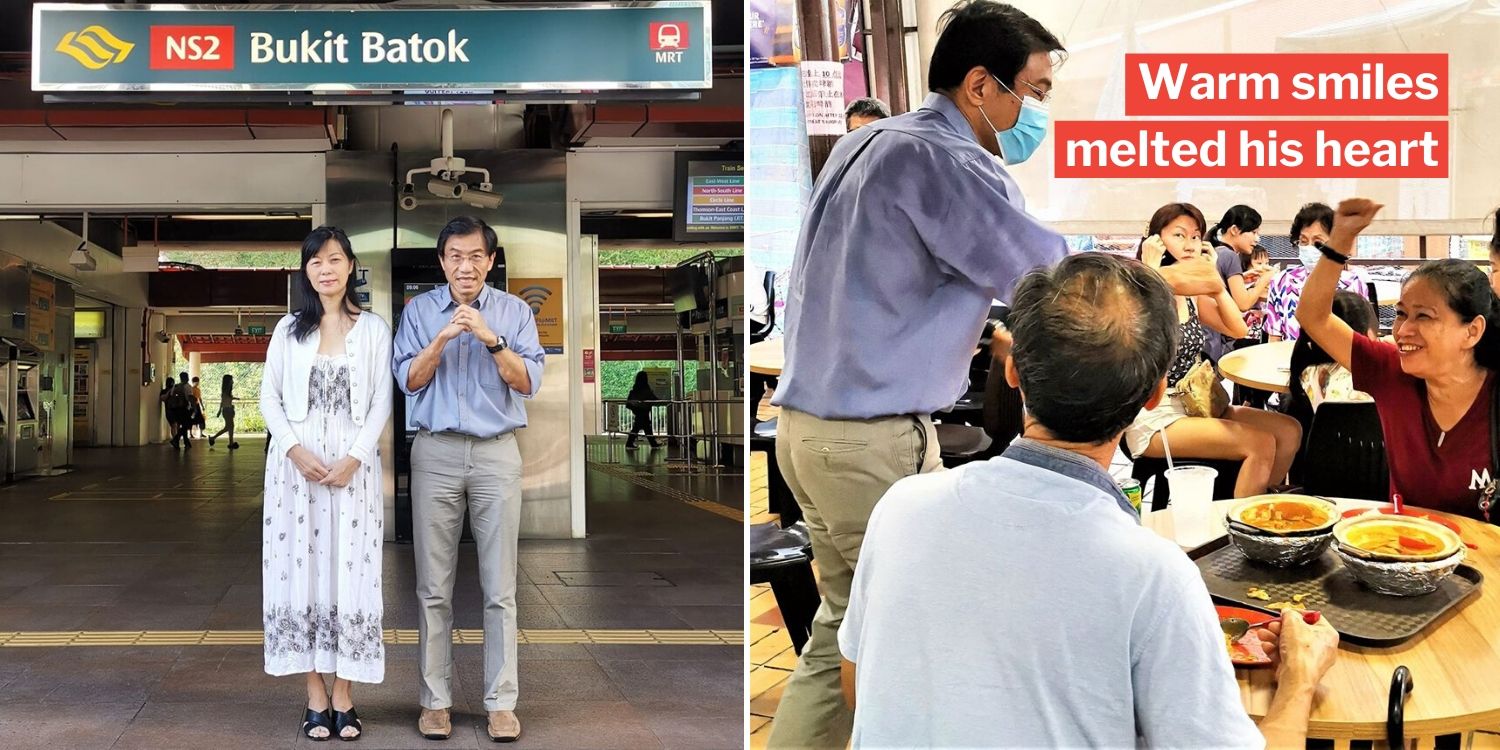 Chee Soon Juan Thanks Bukit Batok Voters, Says He’s Proud He Got PAP To Commit To Not Raising Population

Dr Chee Soon Juan may have failed in his latest bid to get into Parliament, but he’s not going anywhere.

Thanking the residents of Bukit Batok Single-Member Constituency (SMC) despite losing his contest in the ward with 45.2% of votes, he returned with his wife Mei to thank residents there on Sunday (12 Jul). Fell short, but proud of campaign

In a Facebook post on Sunday (12 Jul), Dr Chee said that despite falling short in the election, he’s still proud of the campaign he and his colleagues from the Singapore Democratic Party (SDP) ran. 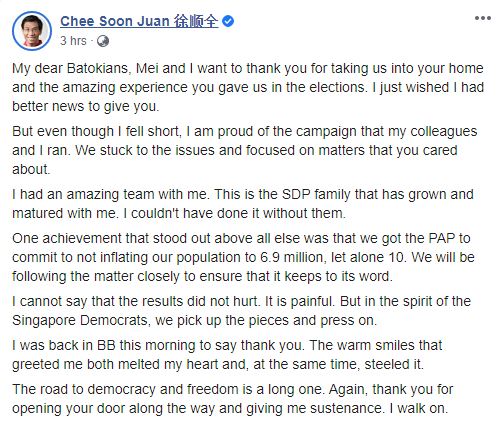 Saying that they stuck to the issued and focused on matters that Singaporeans cared about, he especially highlighted how he got the People’s Action Party (PAP) to commit to not increasing the population to 6.9 million, let alone 10 million.

This is despite the PAP has since accused the SDP of indulging in falsehoods and denied that it had ever been planning to increase the population to 10 million. 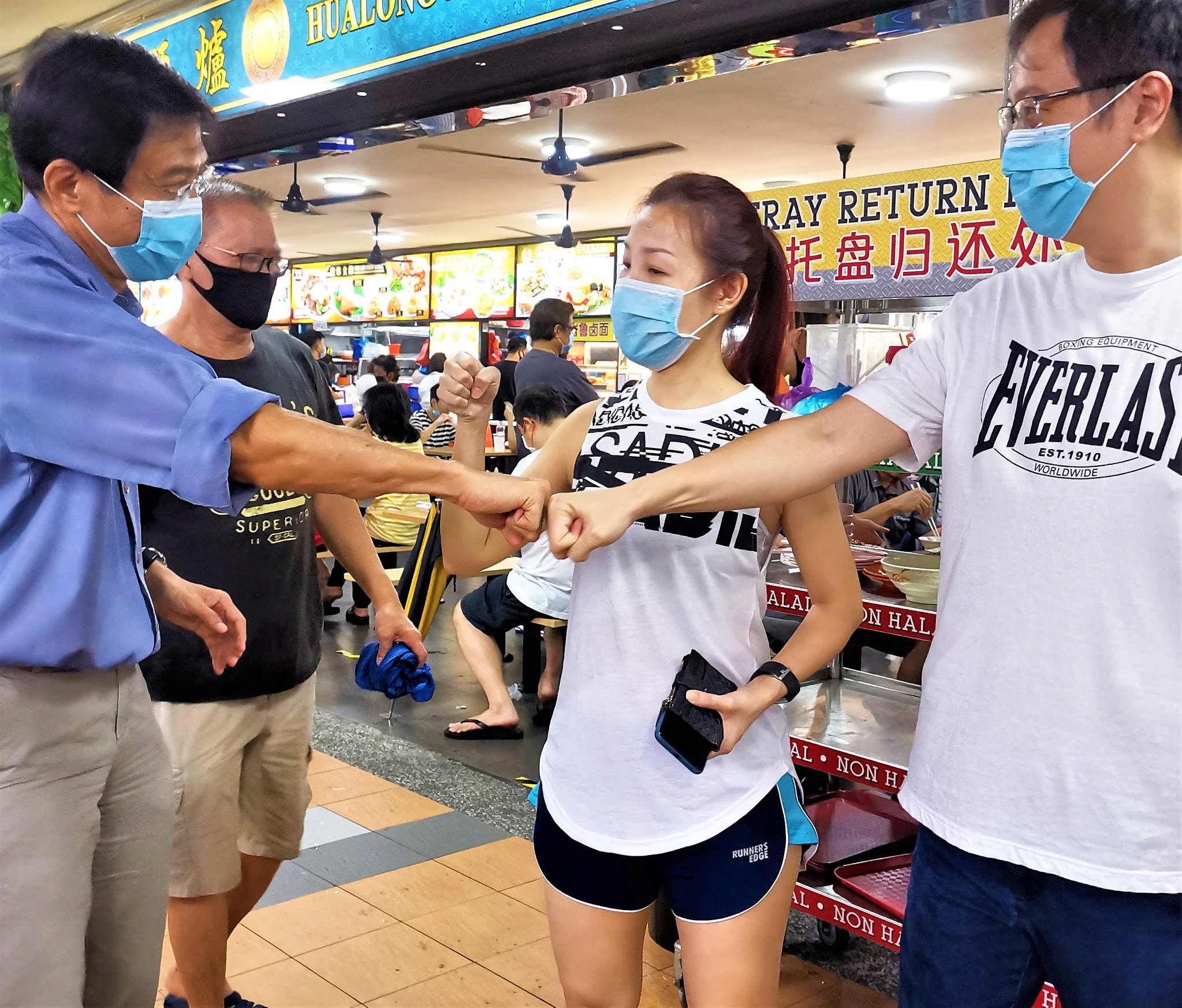 Dr Chee went back to Bukit Batok to thank the residents there, and says he was greeted with warm smiles. 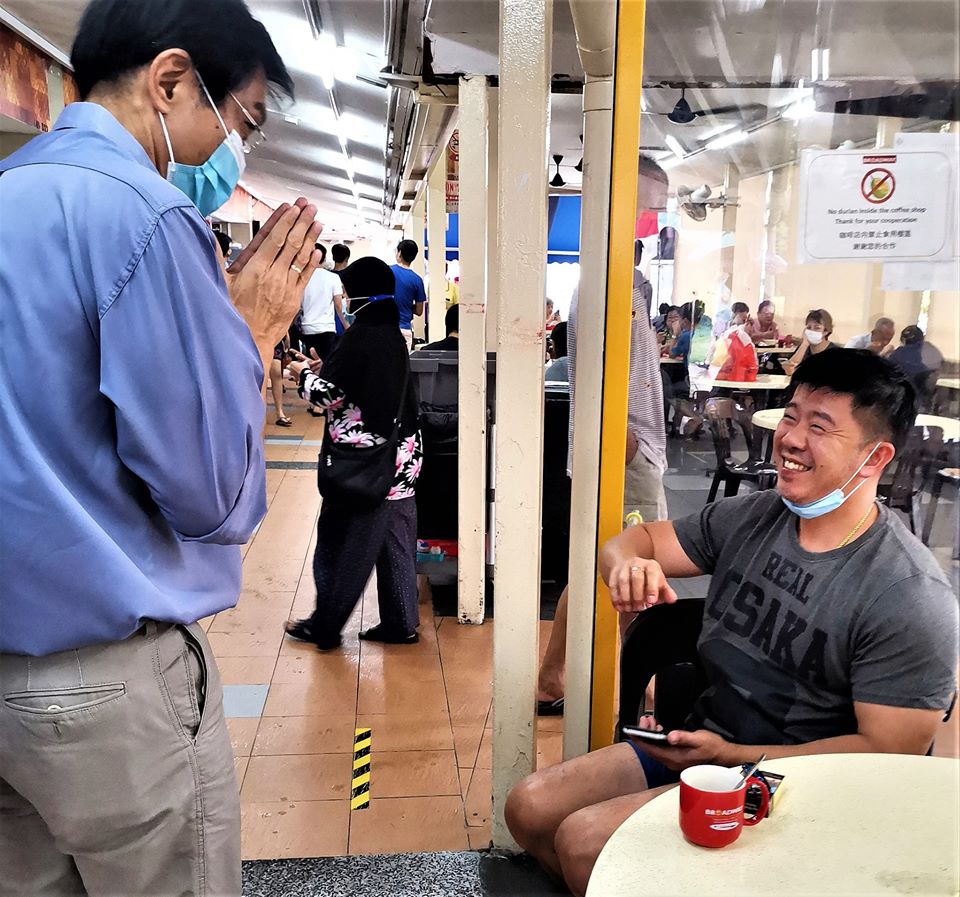 They melted his heart, but yet at the same time, steeled it, he said. 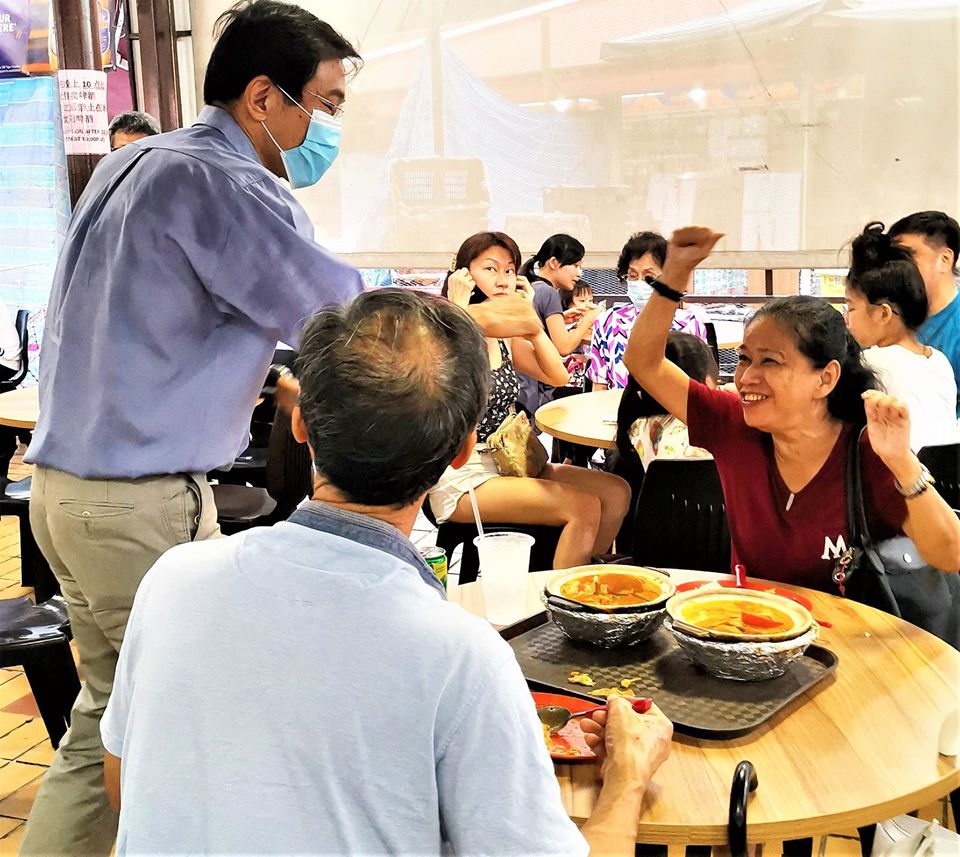 CSJ will walk on

While he admits the results were painful, he will channel the spirits of “the Singapore Democrats” to pick up the pieces and press on. He thanked Singaporeans for opening their doors to him and giving him the strength to go on – and walk on, he will. 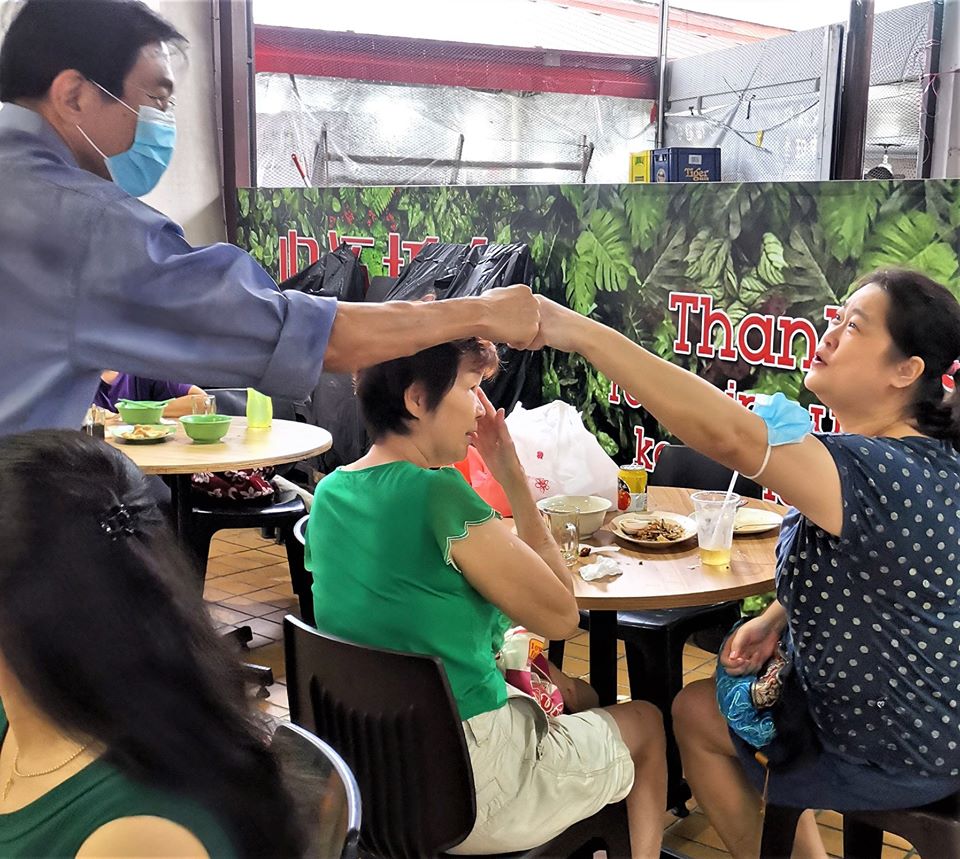 That’s because, as he adds,

The road to democracy and freedom is a long one.

Dr Chee, the ultimate political survivor, has proven resilient over the years despite many setback.

We believe that he will continue to press on as long as he has breath in his body, and wish him all the best.