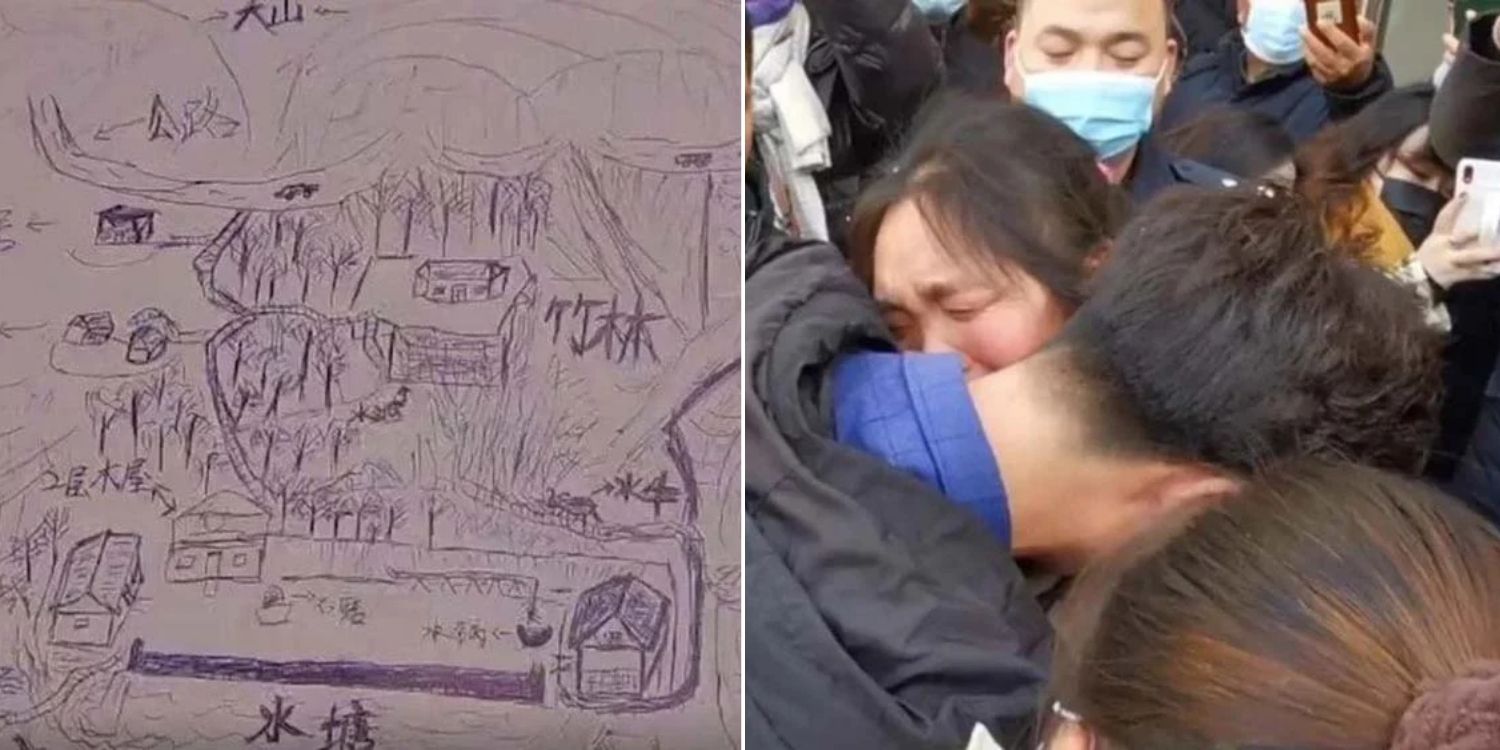 He was just 4 years old when he was abducted.

Decades ago, it would’ve been an uphill task to get in touch with relatives with whom we’ve lost contact. But thanks to technology, this may have somewhat gotten easier.

33 years ago, Li Jingwei was just 4 years old when he was abducted in Yunan, China, before being trafficked to another family in Henan.

On Saturday (1 Jan), Sohu News reports that he managed to reunite with his birth family after sharing a drawing of his childhood village on Douyin, otherwise known as TikTok. 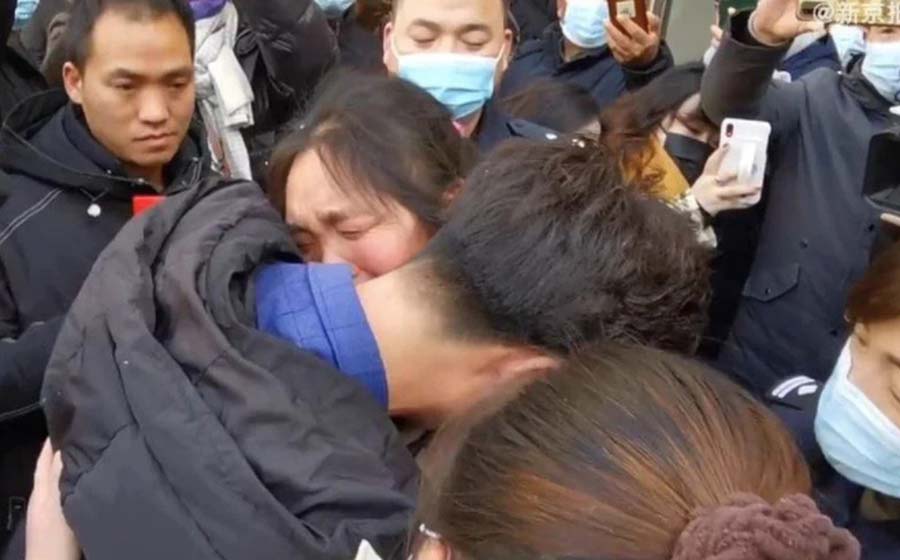 Mr Li was just four years old when he was abducted by his neighbour in Yunnan province.

He was then sold to another family in Hennan province, located about 1,770km away.

Although Li was raised by the family, he never forgot about his abduction.

To avoid forgetting his home, he drew maps of his childhood village which consisted of a bamboo forest, pond, and school. His vivid memory also recalled the cows, stones, trees, and even “which roads turn and where the water flows”, reports The Guardian. Last December, he shared his drawing on social media app Douyin. Not long after, police found that his drawing matched a Yunnan village where a woman reportedly lost her son.

A DNA test subsequently confirmed that the woman was his long-lost mother.

Chinese man reunites with his family after 33 years

According to Sohu News, the reunion took place at the Criminal Police Brigade in Lankao, Henan and was organised by the police.

He wrote in his Douyin profile,

Thirty-three years of waiting, countless nights of yearning, and finally a map hand-drawn from memory, this is the moment of perfect release after 13 days.

The tearful mother-and-son reunion was streamed live in China. Mr Li’s biological brother and sister were also at the scene. 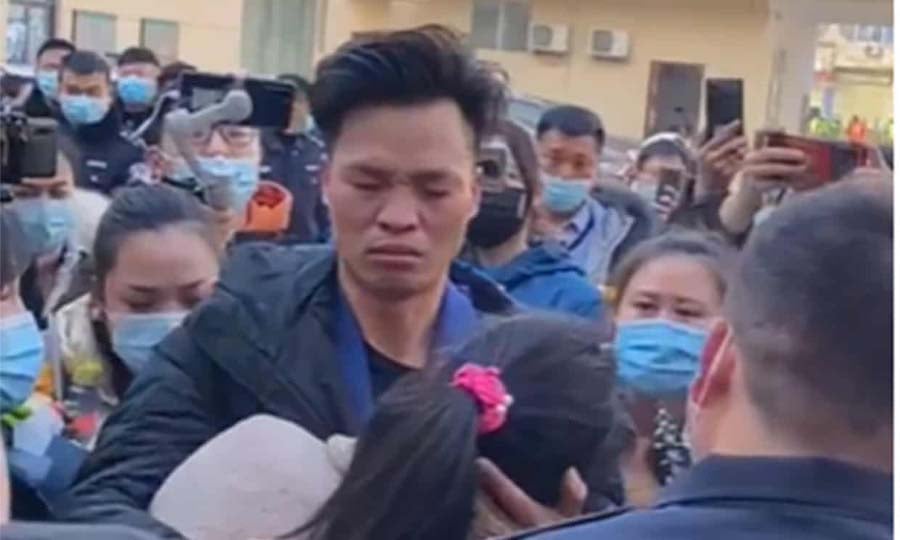 The mother was elated and thanked the police for helping to find her child,

Mother tried to find him after abduction but to no avail

At the time of his abduction, Mr Li’s biological mum was only 20-years-old.

She tried to find him in Yunnan, Sichuan, and other places across the country, but her efforts proved futile.

Over the years, life has been difficult for his mother. Her eldest daughter and son were unexpectedly killed. In 2020, her 11-year-old grandson also passed away.

Reunited with her long-lost son, she felt God has finally opened her eyes.

Hope they can spend more time together

Unfortunate incidents can easily separate young children from their families.

While unexpected, we’re happy to see social media helping long-lost relatives reunite with each other.

Here’s to hoping the family can spend more time together and catch up over lost time, now that they’ve been reunited.

Featured image adapted from The Guardian and NewstalkZB.