As Woodlands Waterfront Park becomes the unofficial ‘reunion’ point for families separated by the pandemic, emotional scenes continue to unfold there. On Saturday (24 Oct), a man stood out among several others, as he watched the yacht alone, hoping to spot his loved ones.

Carrying a placard possibly provided by R&F Group, he waved the sign saying “We miss you too” as the yacht passed.

He began to crumble the moment it got nearer, and he could see his family in the flesh for the first time in months.

While others were in the company of a loved one, a man in a grey t-shirt stood on the pier alone yesterday (24 Oct).

He started shouting enthusiastically when he saw the R&F Group yacht approaching, aware that his family was on board. As the vessel got nearer, he turned his attention to his phone momentarily, perhaps to text his loved ones and tell them that he could see them.

He then continued waving before holding up his phone to record the moment the yacht passed right in front of him. 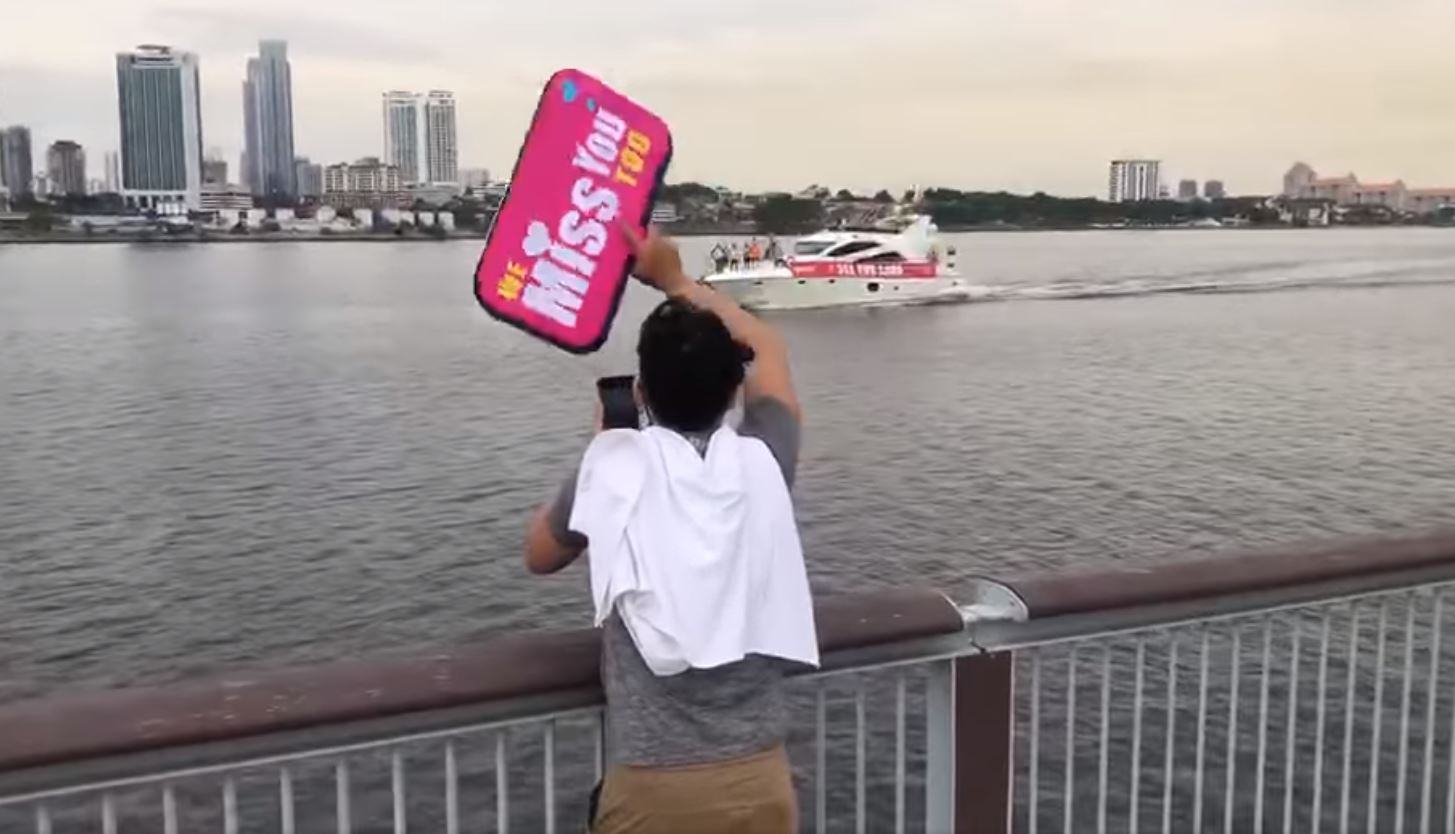 Seeing how close his family was at that juncture, he shouted while fighting the urge to cry, hoping they’d hear him.

Man tells family that he loves & misses them

At the 1 minute mark, his voice cracks as he calls out to his parents, “Papa! Mama!”

Telling them how much he misses them after forsaking his regular visits home this year, he strained his voice while screaming his message across.

Amidst some of the muffled words, he told his parents to take care of themselves, and his wife who was with them too. 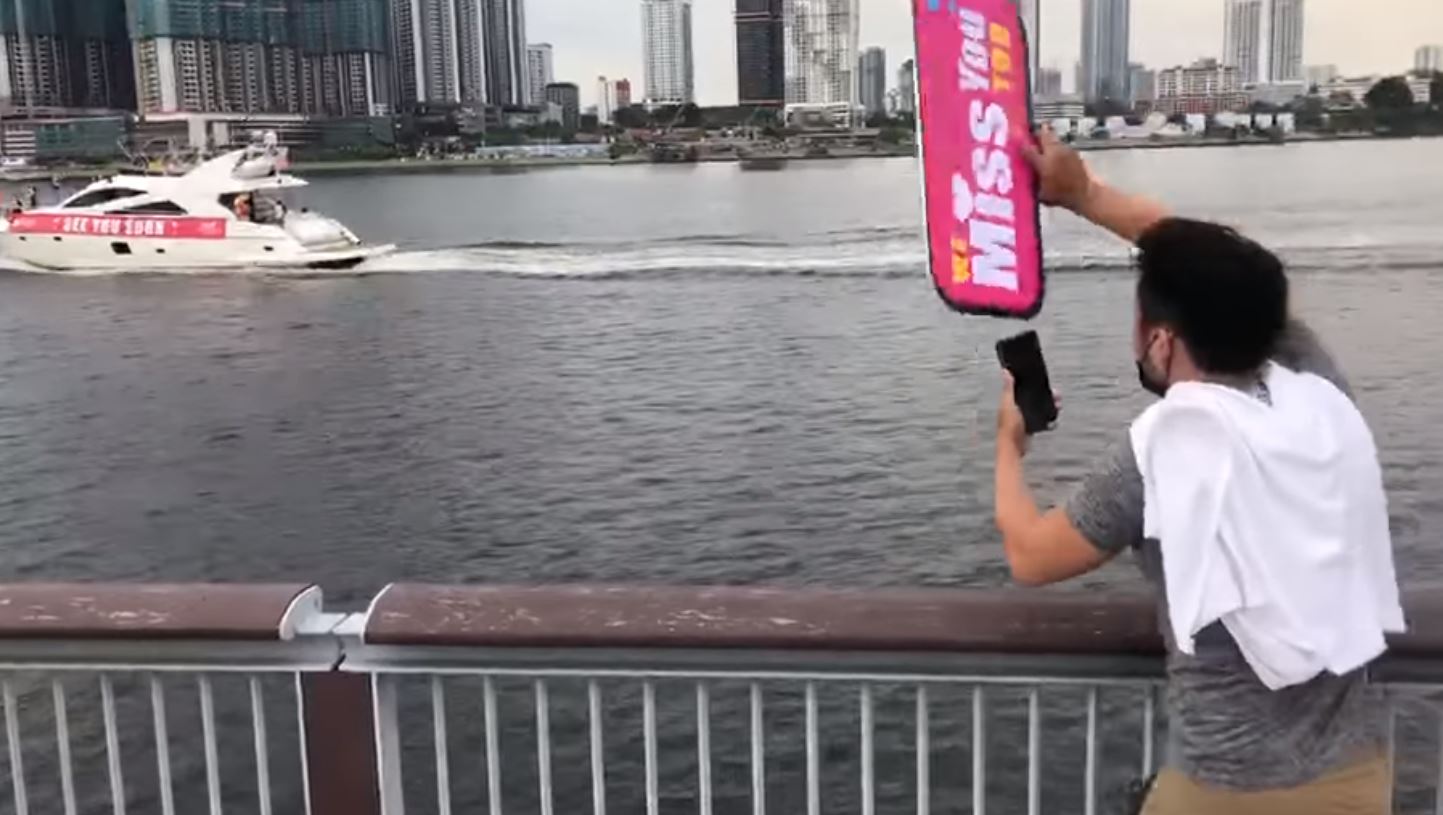 Just before the yacht sailed away to make a U-turn back to Johor Bahru (JB), he uttered loving words to his lao po, his wife.

Shouting that he loved her, one could hear the tears finally overwhelming him, as his family slowly went out of sight once again. He then hunched forward, wiping the tears away. 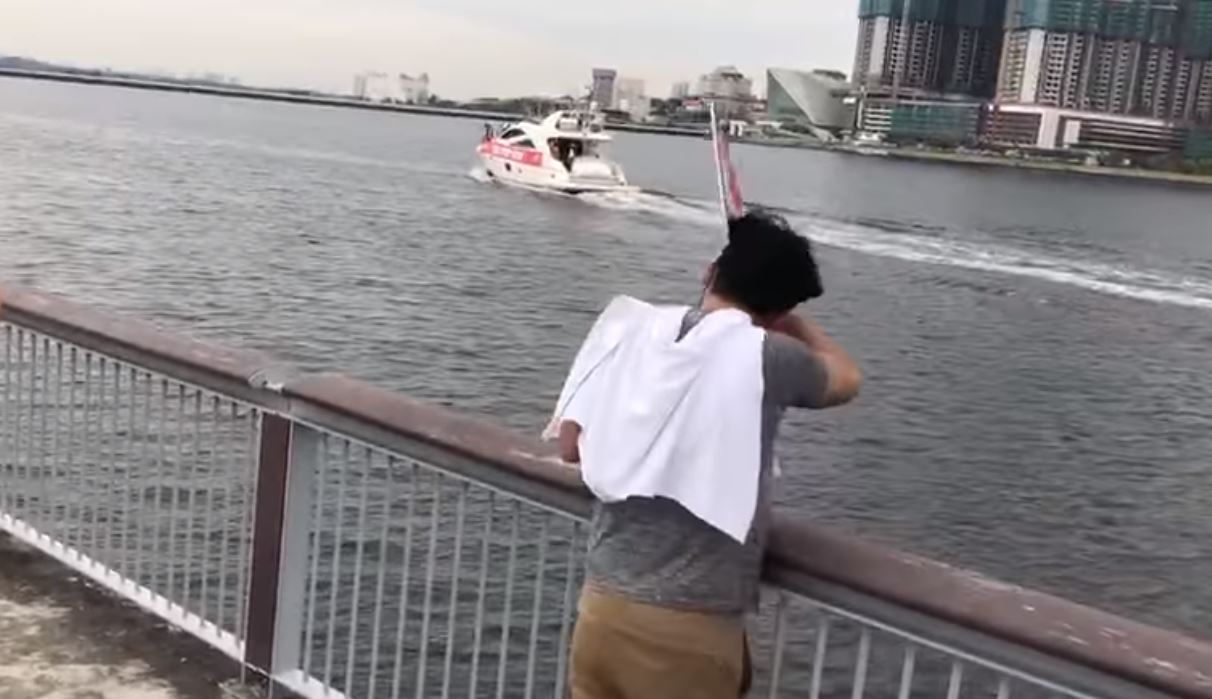 Clearly, the experience was an emotional one for him, and perhaps equally moving for the person behind the camera too.

Hope families can be reunited soon

Though Malaysians in Singapore can apply for short visits home now, the process isn’t easy for everyone. As such, many continue to stay here, unable to make their regular trips across the Causeway like they used to.

Thankfully, there are ways to relieve their sense of longing for home, albeit only briefly.

We hope that the pandemic will show definite signs of easing soon, so families across different countries can reunite, and be together again.