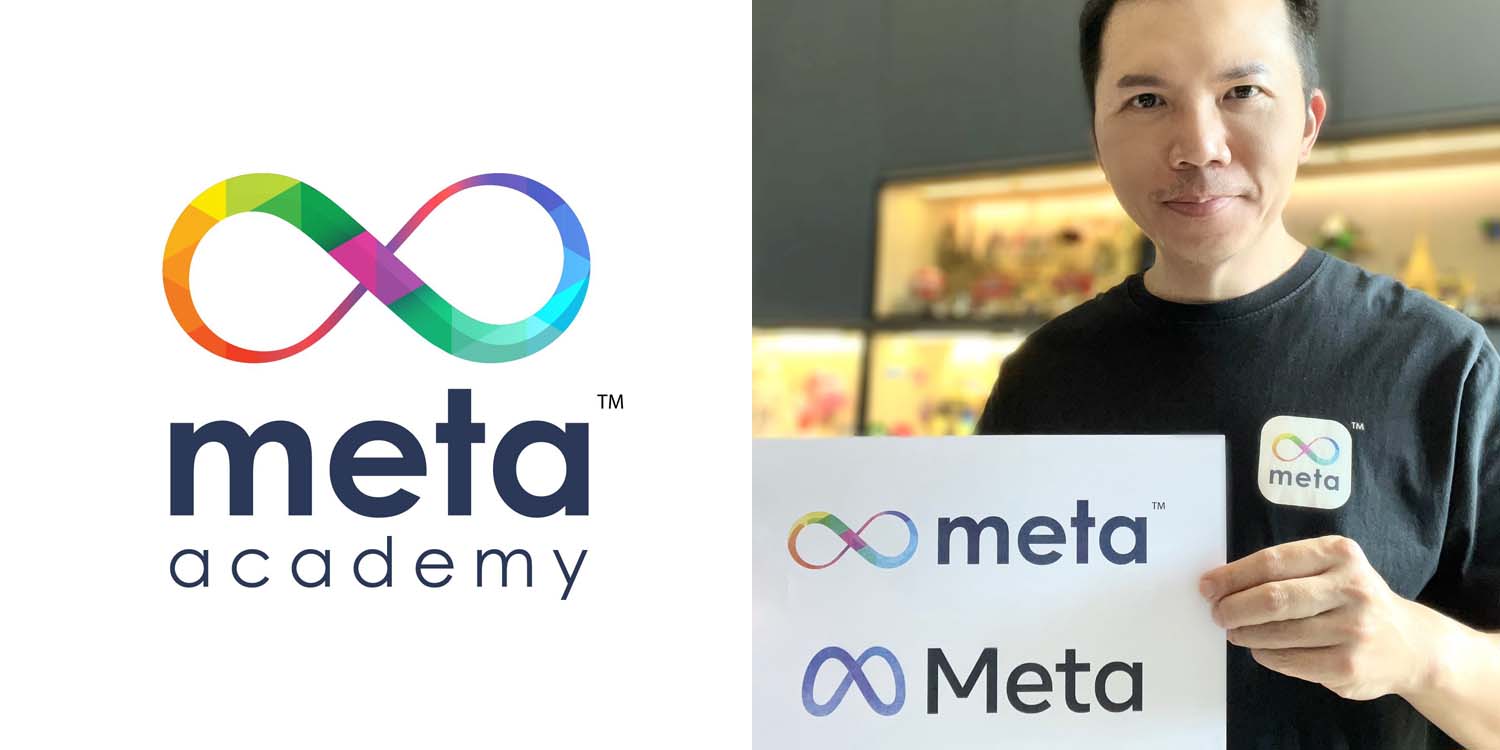 On 29 Oct, Mark Zuckerberg posted a video speaking about his company’s ambitious plans to create the metaverse. He also renamed his company from Facebook Inc to Meta.

Later that day, Malaysian entrepreneur Datuk Anthony Cheng (郑博见) took to Facebook to share about his own company, Meta Group, and how its name and logo bear resemblance to that of Zuckerberg’s firm. 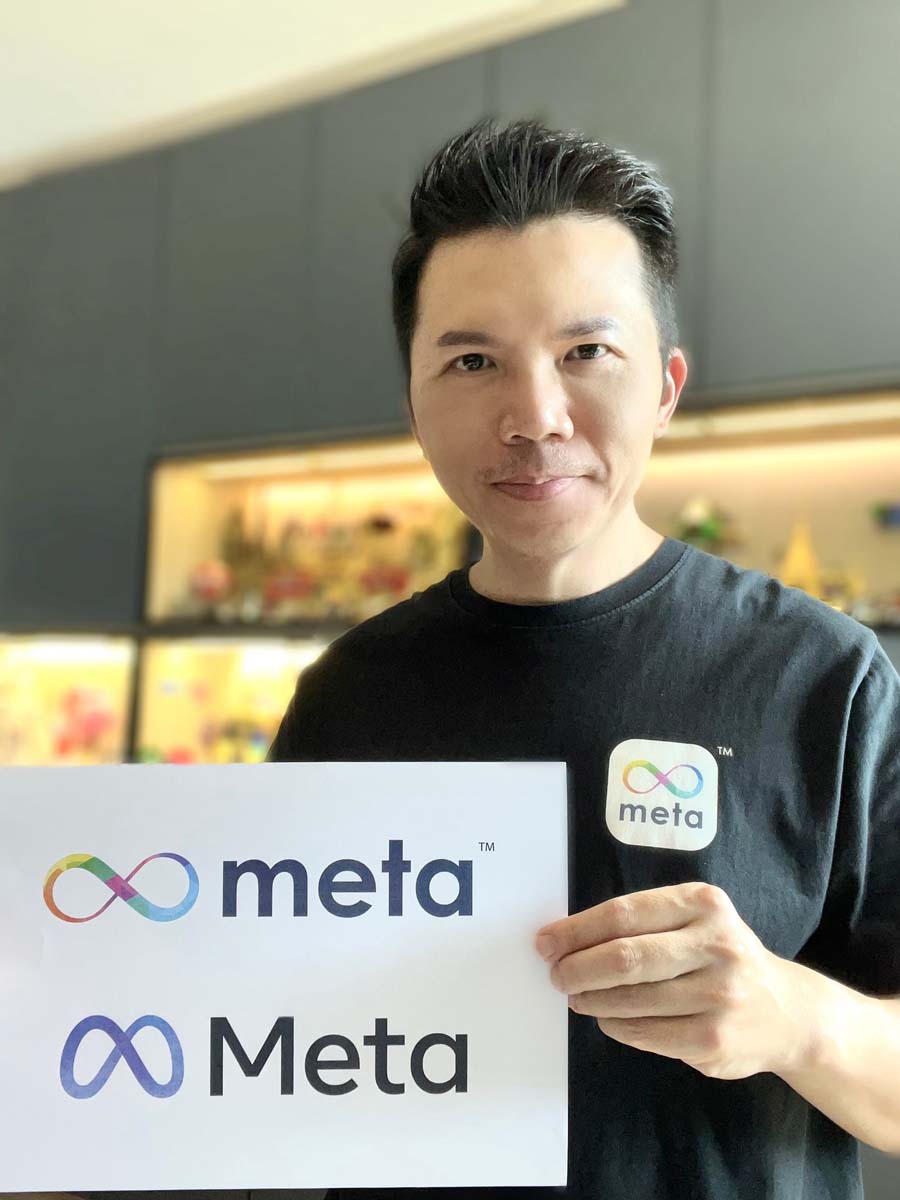 In a world with billions of people, it’s not surprising when two entrepreneurs come up with the same idea. Coincidence or not? You be the judge.

Before Facebook’s rebranding to ‘Meta’, the prefix already represented concepts like ‘after’, ‘beyond’, or ‘change’.

Some of us have even encountered words that are extensions of ‘meta’ while surfing the web, such as ‘metaverse’ or ‘metaphysics’.

As such, it might not be too surprising when two businesses name themselves with the word

On one hand, Facebook rebranded to Meta to represent their shift to the metaverse.

On the other, Cheng’s business used ‘Meta’ to promote his courses about metaphysics. 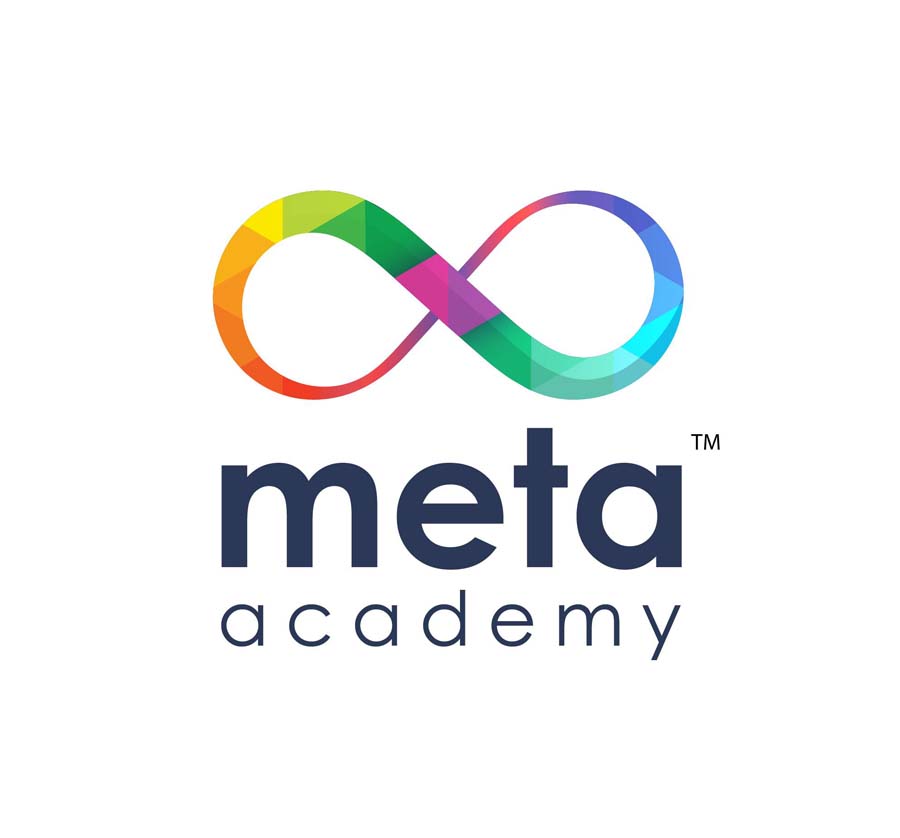 Interestingly, besides having the same name, both companies also use the ‘inverted 8’ infinity symbol.

The infinity symbol first appeared on Cheng’s Facebook page back in 2019. 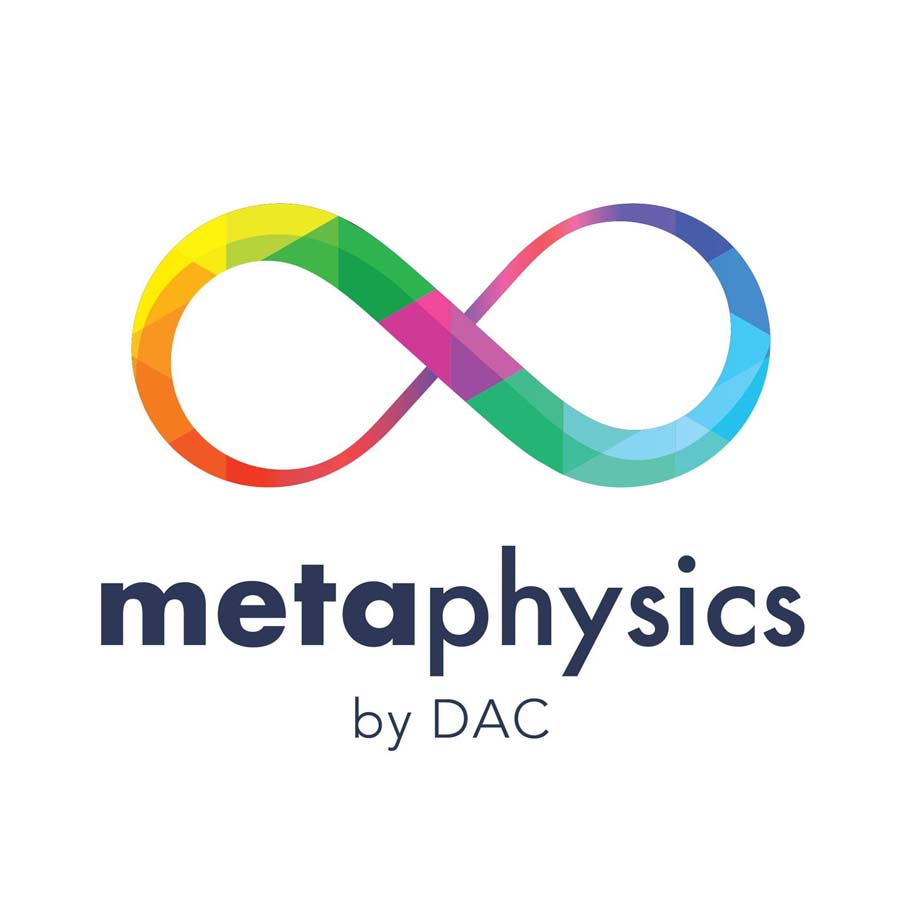 Despite the simplicity of the infinity symbol, he claims it also comes with ‘secrets’ or hidden meanings.

In his post, Cheng joked that Mark Zuckerberg probably got in touch with a sage for the recent logo and name change.

Due to Facebook’s popular rebrand, Mr Cheng has contemplated changing his business name to Timah. 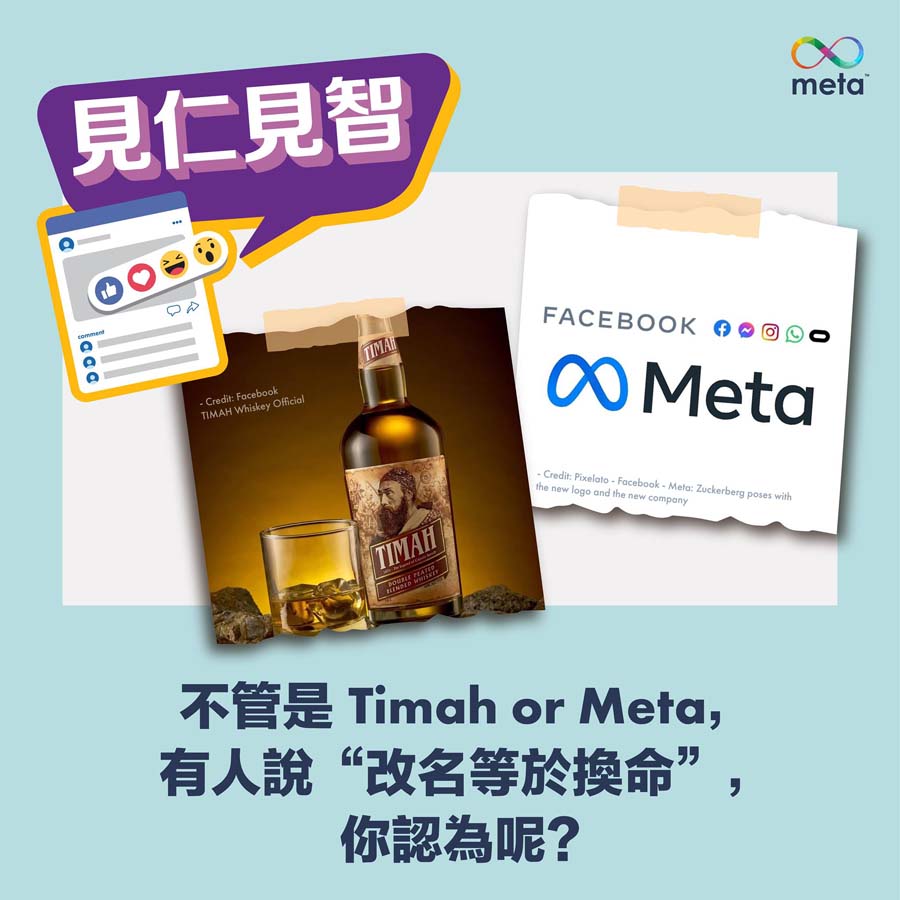 Since changing the name is equivalent to changing the meaning of his brand, he had sought netizens’ views via a Facebook post.

Since Meta isn’t exactly an uncommon word, netizens shared there are other companies across the world named after it.

One netizen said Facebook’s name change required eclipsing an identically-named academic software company. Meta was previously the name of a Canadian artificial intelligence company that was acquired by the Chan-Zuckerberg Initiative in 2017. 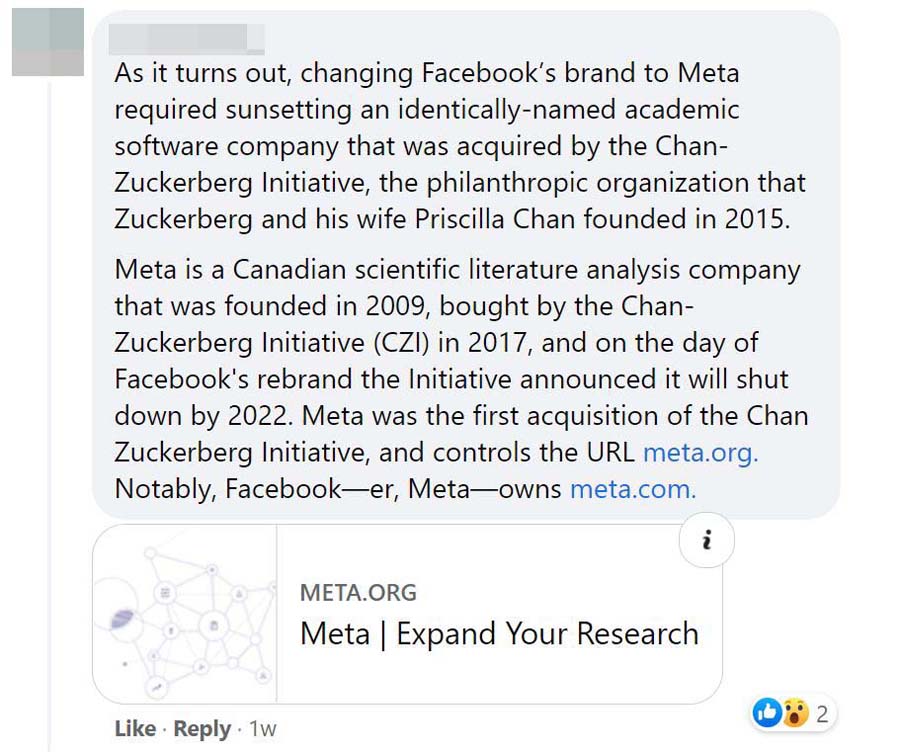 Another replied that the infinity symbol has a lot of variations on the Internet. 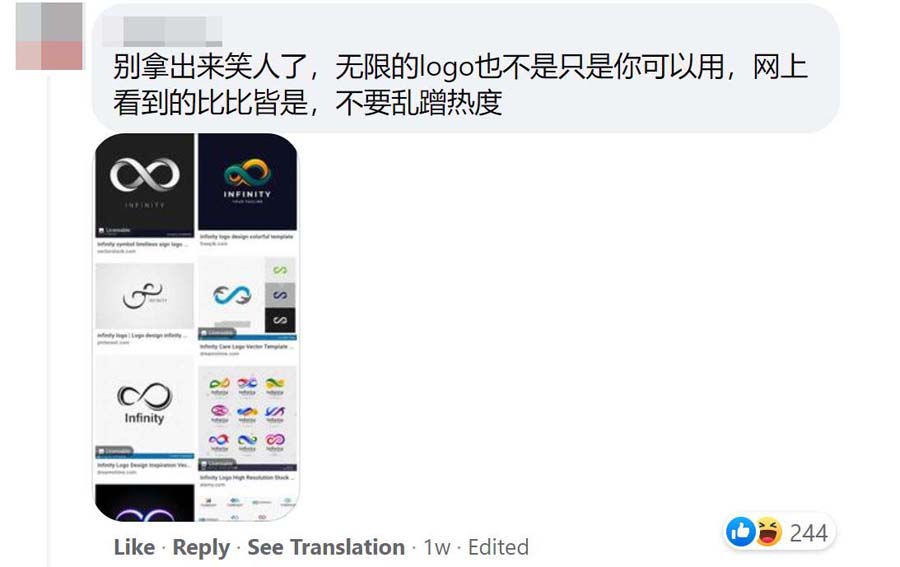 Whether the very similar branding was intentional or not, we can all agree that the word ‘meta’ and the infinity symbol aren’t exactly new.

Given Cheng and Zuckerberg’s level of success, perhaps this is but a case of great minds thinking alike.