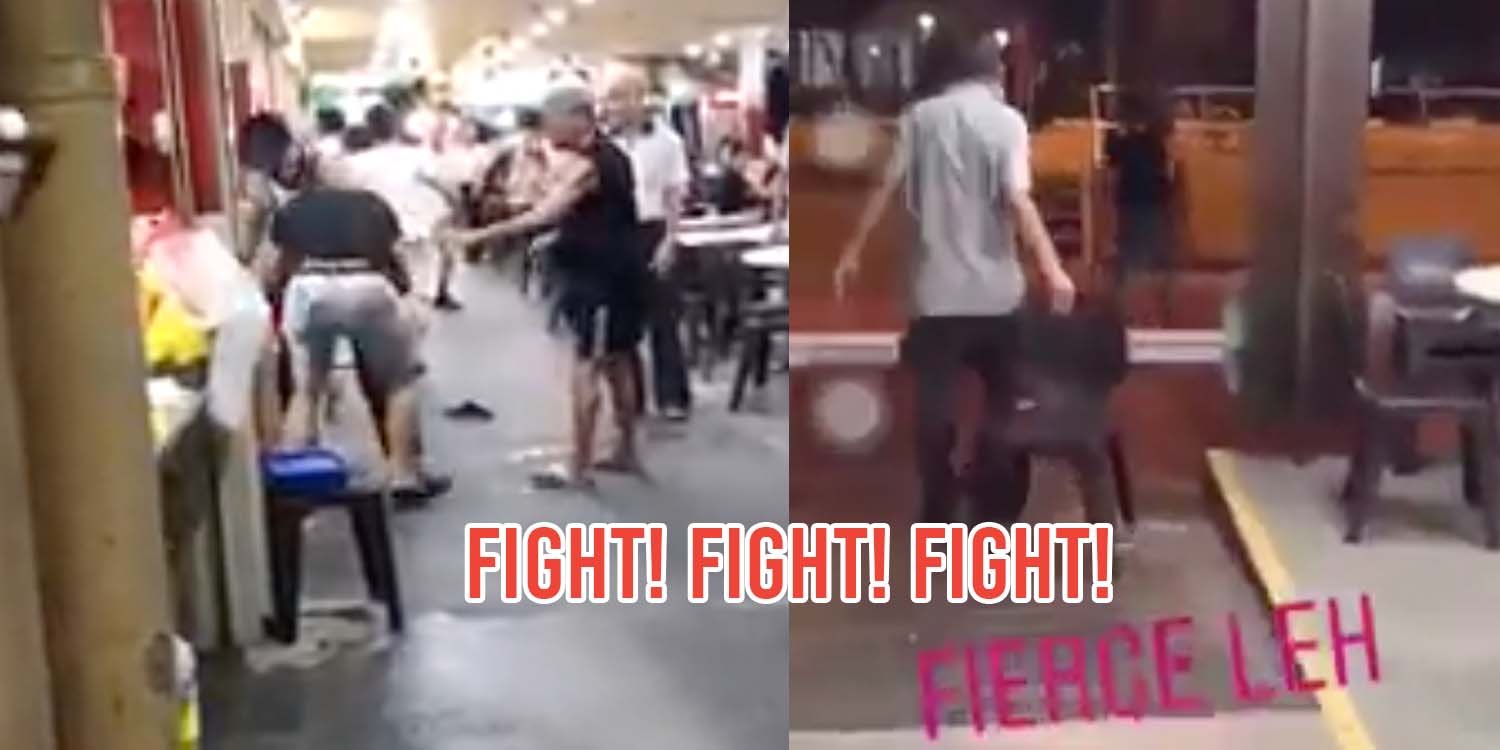 Another week, another brawl.

This time, it involves 2 separate fights in different coffee shops last Wednesday (10 Oct). The two isolated incidents were posted on Facebook and have since gone viral.

The first video starts off with two men – one in white and another in black – throwing heavy punches in each other’s head, chest and back.

Another man attempted to stop the fight by restraining the man in black.

Once they both knocked each other into the ground, an old man intervened, gently grabbing the arm of the man in white.

His hand gestures indicate that he’s asking them to stop or calm down. The fight ended with the man in black walking away.

The video has gained 33,000 views at the time of this article.

The next 20-second video shows another group of uncles fighting at a coffee shop in Yew Tee.

The video has gained 16,000 views at the time of this article.

Like any boxing match or UFC fight, most viewers were entertained.

This netizen believed that the uncles wanted to recall their youth.

Another quipped that they were “so old” that “one leg was inside the coffin”.

Others pointed out that the winner will represent Singapore on a fight against Khabib Nurmagomedov, the reigning UFC lightweight champion.

And one Facebook user was concerned about the chairs.

We’re all here for the drama, but we hope that the uncles did not sustain heavy injuries.

Remember, folks, brawls are bad for your health.

Boy Dresses Up As Dinosaur For Halloween, Exchanges Cute Roars With Netizen

Dog Chained To Gate After Kids Lose Interest, Reminds Us Pets Are A Huge Responsibility