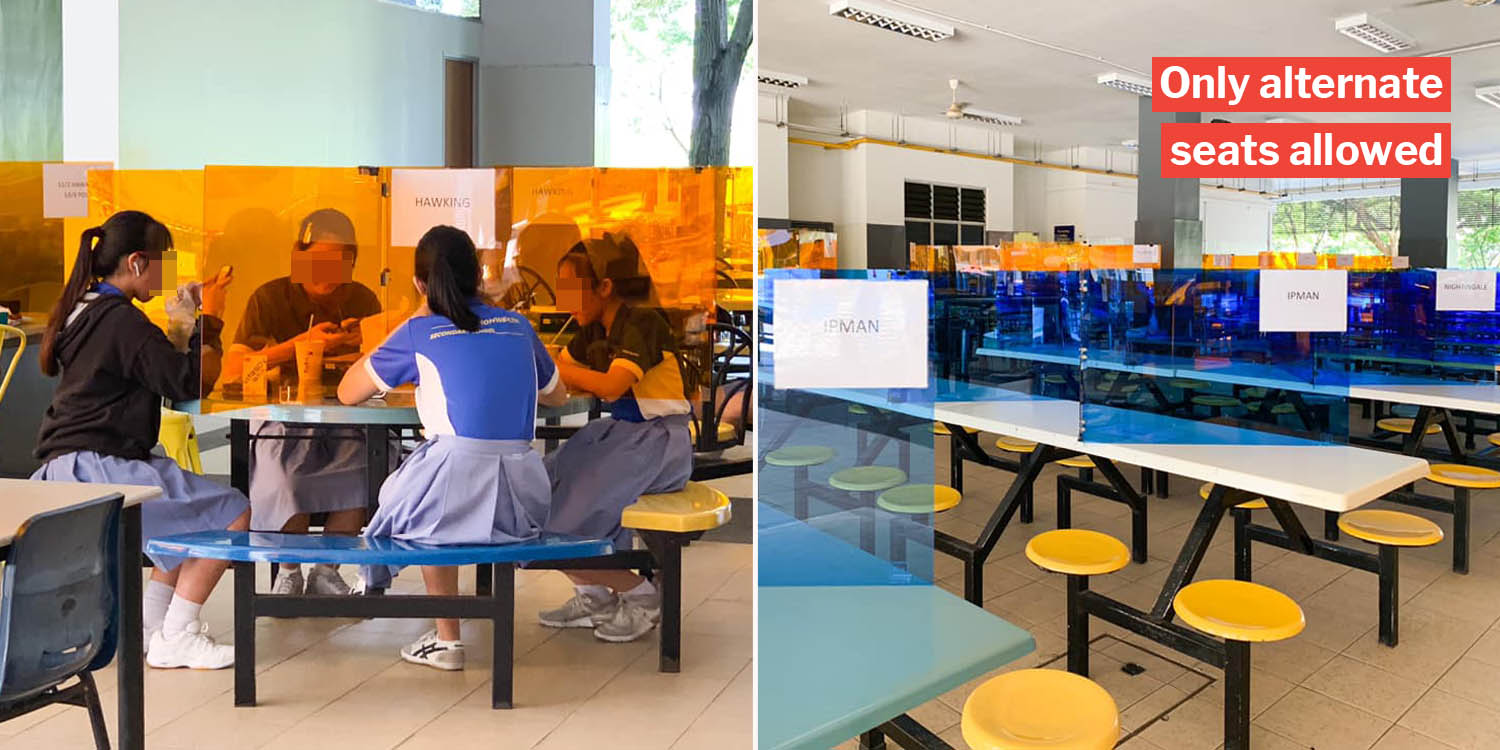 As we exit the ‘Circuit Breaker’, schools have reopened and it’s back to the physical classroom for many students. Though many of them are probably excited to see their friends again, they’ll have to remember to keep their distance.

To help their students stay safe, Commonwealth Secondary School installed blue and orange plastic screens in their canteen — protective barriers that protect the kids while they eat. 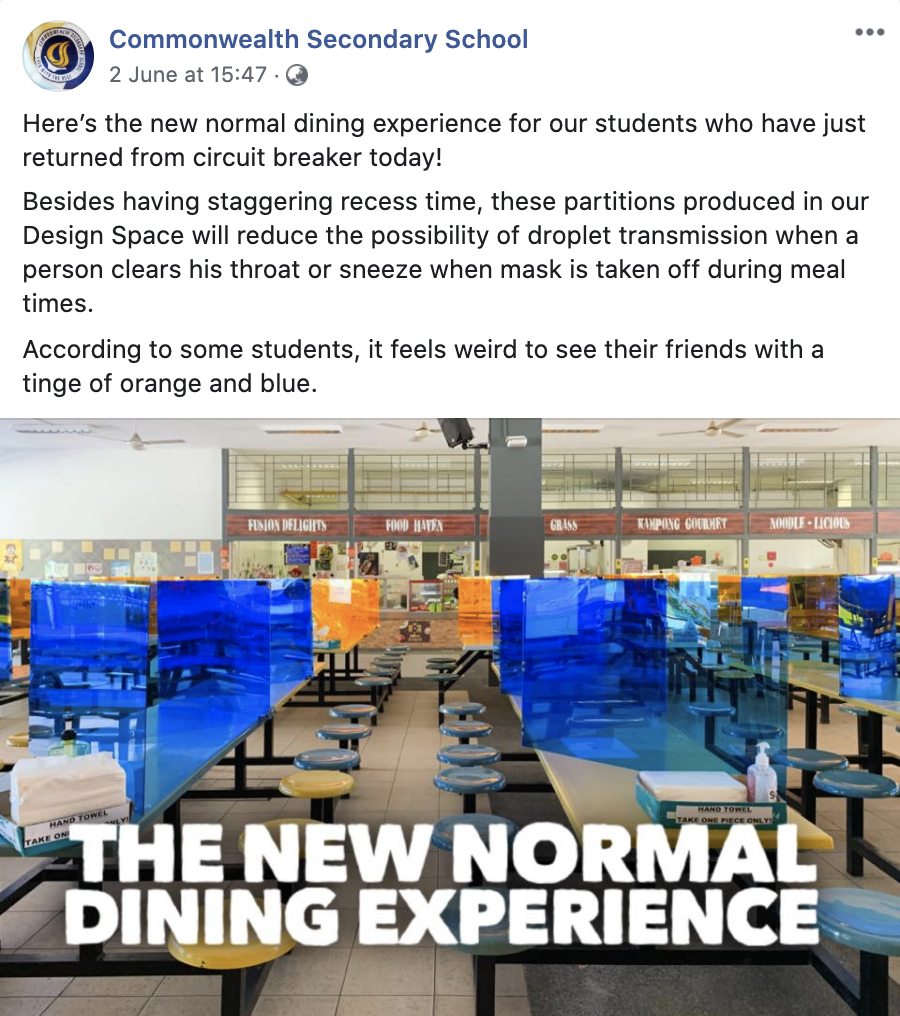 They dubbed it the “new normal dining experience”, and shared some pictures of the screens on their Facebook page.

At first glance, you might think the plastic screens are streaks of colour photoshopped into a picture of the canteen. 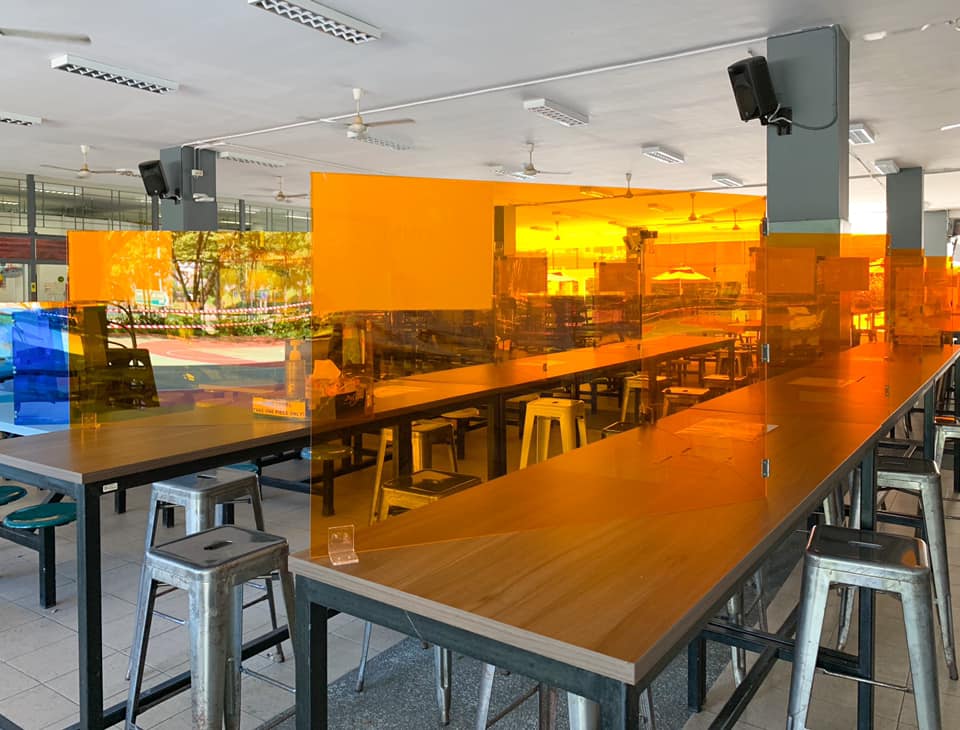 Upon closer inspection, it’s clear that they’re actually plastic screens, arranged in a zigzag pattern across the tables. 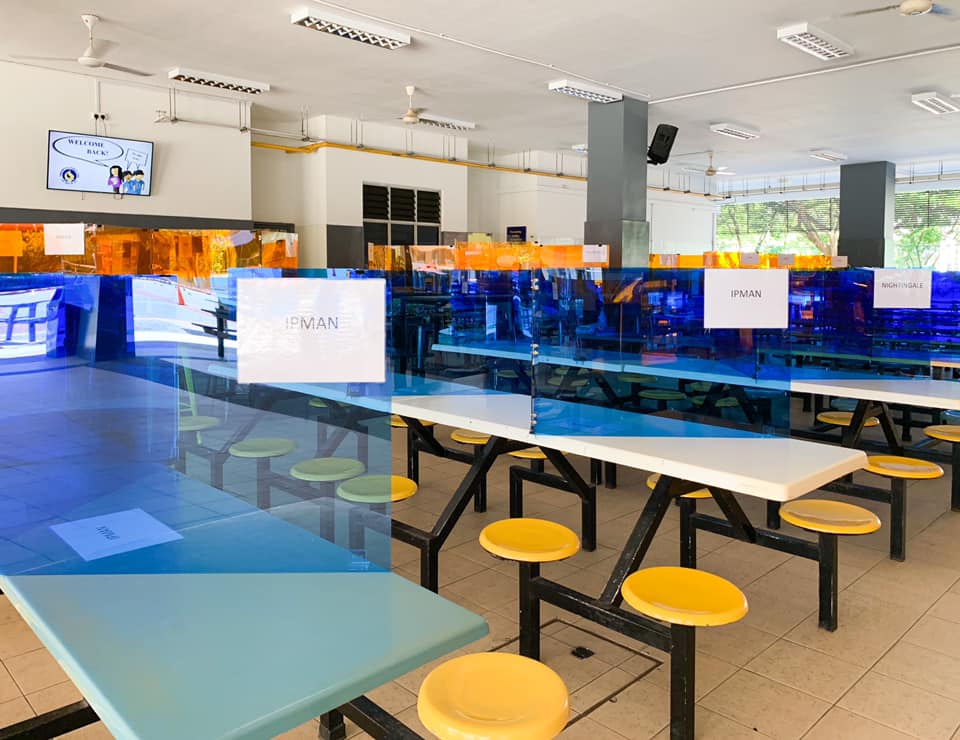 They form small ‘cubicles’ for each student to sit at, but still allow students to see each other.

The school provided hand towels and hand sanitiser for students’ use at every table too. 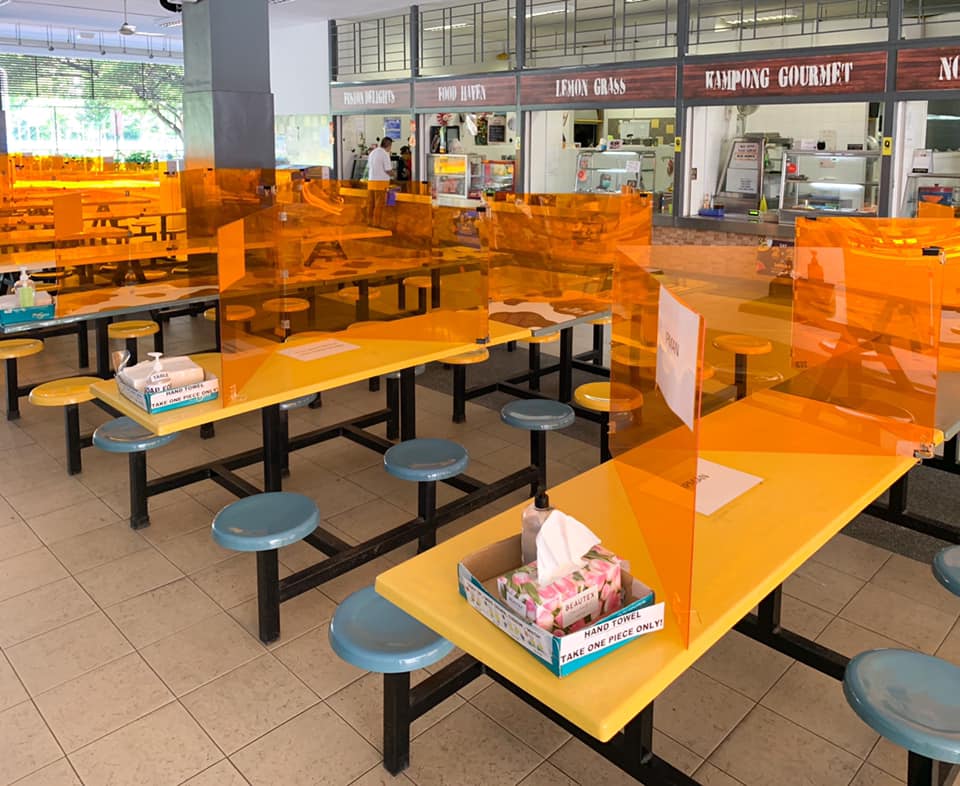 Students getting used to the screens

The screens reduce the spread of droplets when students eat and keep them safe, but may take some getting used to. Commonwealth Secondary shared that some of their students felt “weird” seeing their friends through a tint of blue or orange. With staggered recess times keeping them apart too, adjusting to the “new normal” might be challenging, but is necessary amid the pandemic. Getting used to the new normal

Taxis now have plastic screens installed in them too, so it wouldn’t be surprising if we see it being used in food establishments too.

While we’re plagued with uncertainty and even fear about the situation and how it evolves, we’ll still have to remain vigilant and keep ourselves safe.