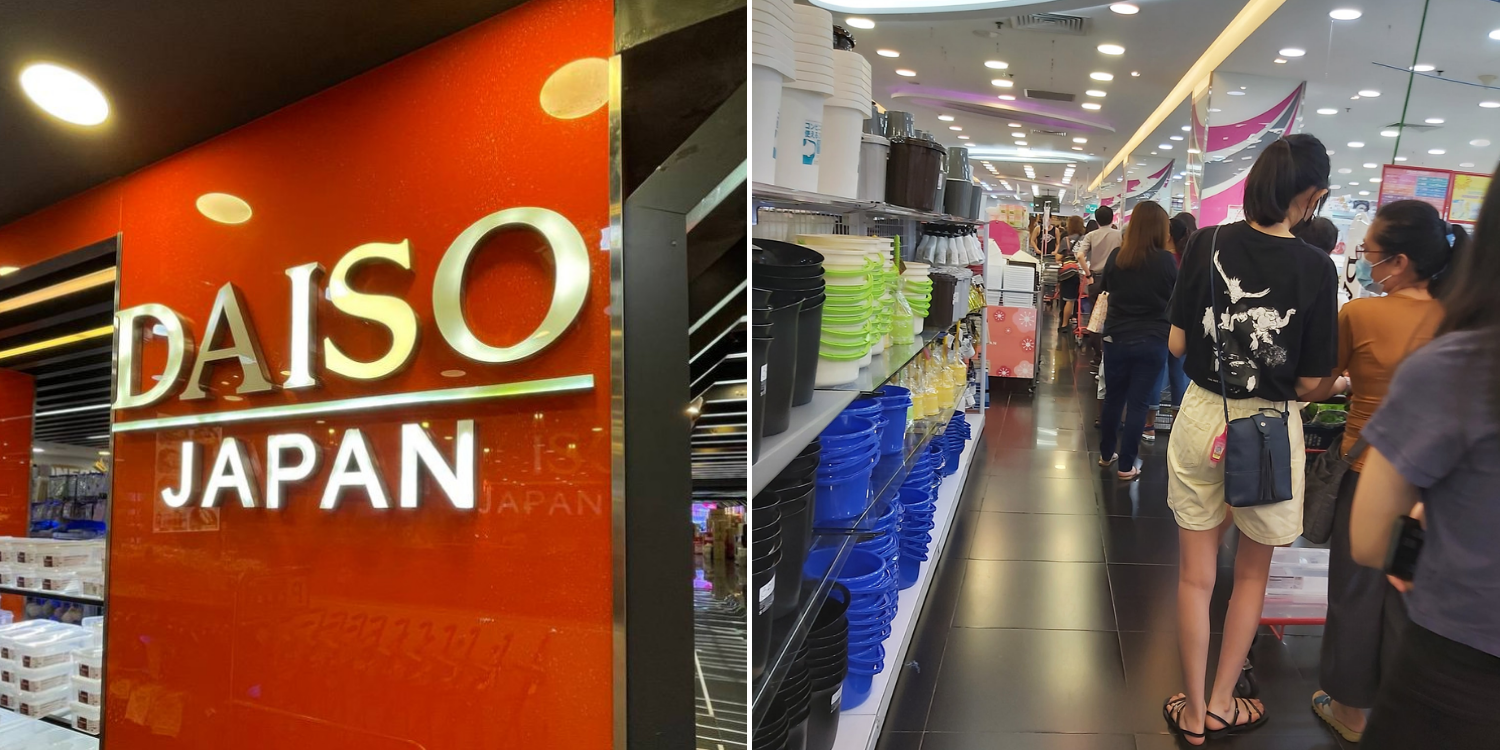 Its new 15-tier pricing system takes effect from 1 May.

Everyone knows that Singaporeans love to queue. Whether it’s for food or watches — they can pretty much be trusted to form long lines to get their hands on what they want.

As you’ve probably heard, Daiso is implementing a new pricing system from this Sunday (1 May). Yes, it’s time to say goodbye to “always S$2” soon.

No one needed a fortune teller to predict that this would mean lengthy queues at outlets across the island.

Sure enough, Singapore shoppers showed up in droves to take advantage of the S$2 prices before they become history.

Long queues form in Daiso while things are still S$2

On Monday (25 Apr), Daiso Singapore announced that there will be a new 15-tier pricing system from 1 May. Instead of the standard S$2 price tag across the board, items will cost from S$2.14 to S$25.47, including GST. 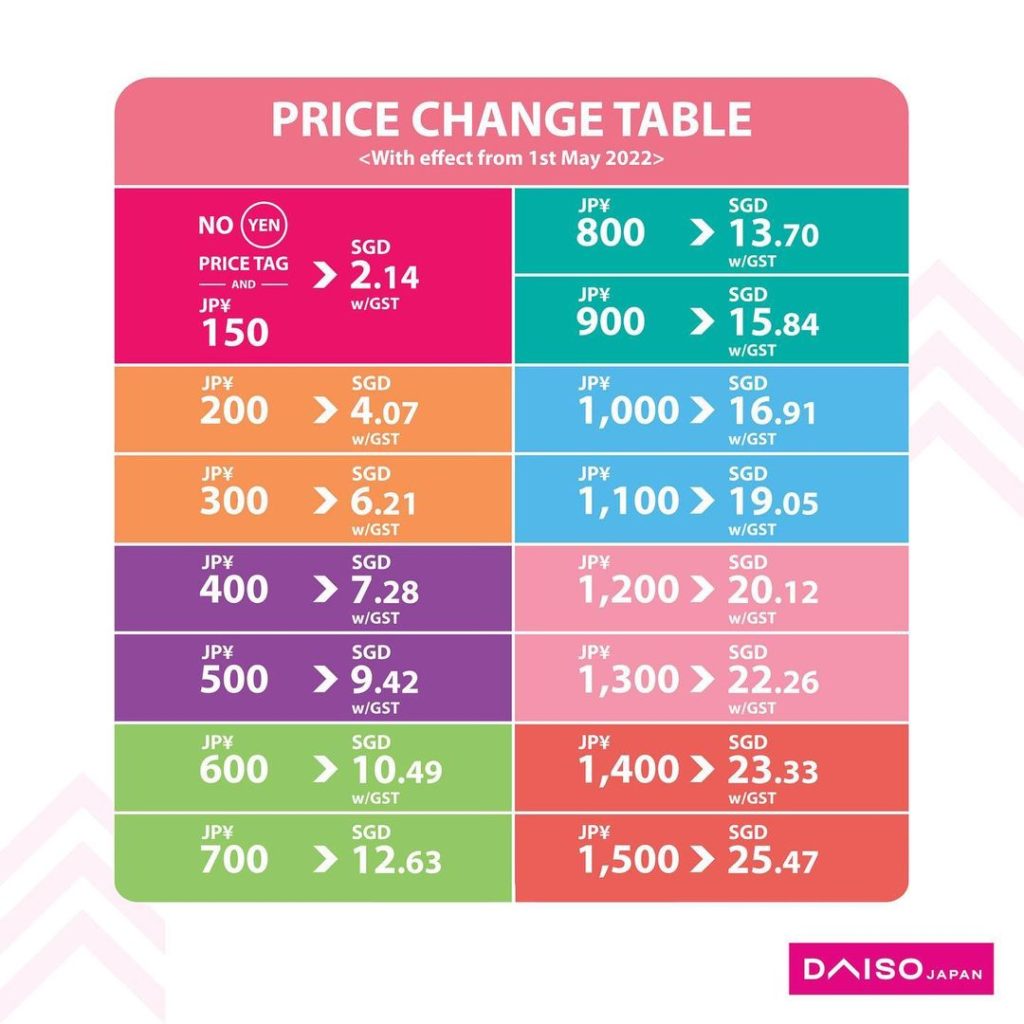 Expectedly, some netizens expressed unhappiness and declared they will no longer patronise the Japanese chain.

Many also made plans to stock up on their favourite products before the price hike takes effect.

On Thursday (28 Apr), photos and videos of long queues forming at various Daiso outlets across the country emerged on social media.

Some of them were even taken during off-peak hours when the store normally wouldn’t be so crowded.

The Daiso branches that experienced the surge include the ones at Plaza Singapura, ION Orchard, Square 2, IMM, and City Square Mall.

According to 8 DAYS, who visited the Plaza Singapura, IMM, and Square 2 outlets, there appeared to be a special demand for cleaning supplies, travel accessories, and storage containers.

The Straits Times (ST) also spoke to customers who were stocking up on storage boxes. 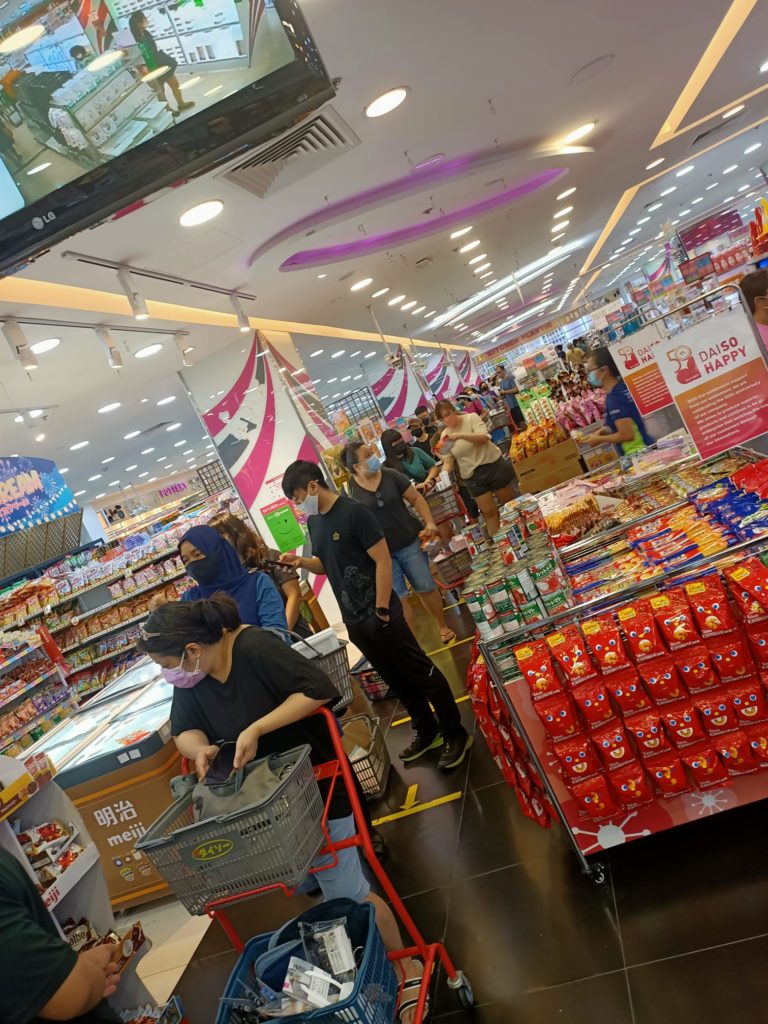 One shopper claimed that they spent 35 minutes in the queue at Daiso IMM. They added that most items were “swept off” the racks. 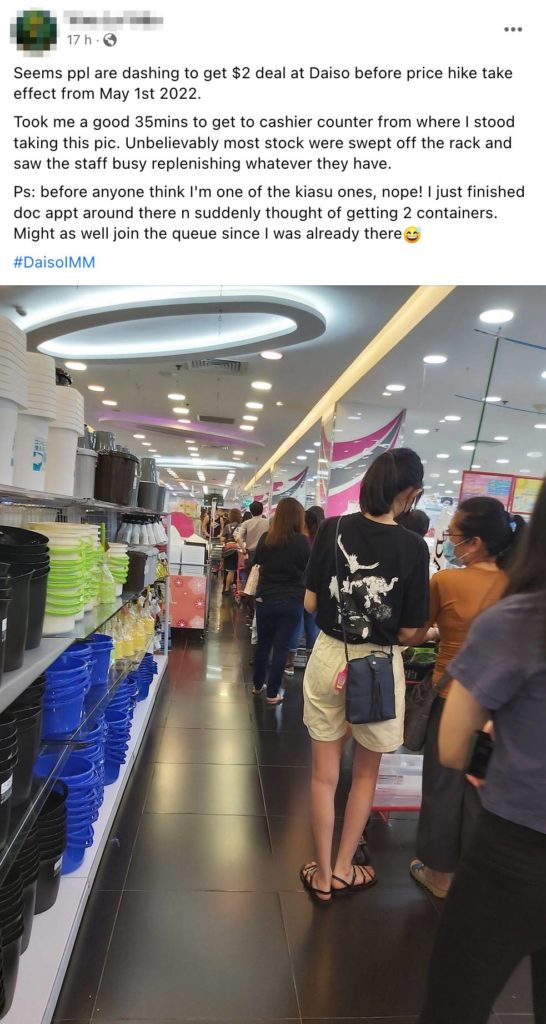 While most shoppers that Shin Min Daily News spoke to at ION Orchard said the price hike would not stop them from continuing to support Daiso, others said they are hesitant to spend more than S$2 there. 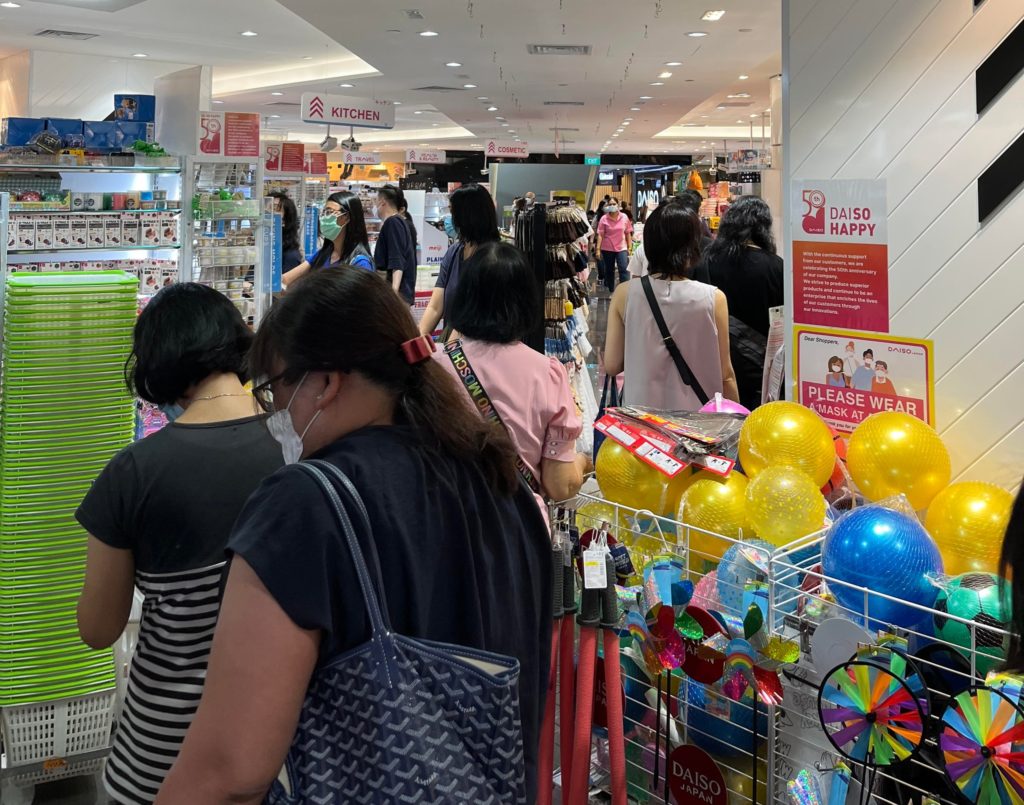 With the price hike taking effect soon, it’s safe to say that Daiso stores across Singapore will continue to be just as crowded – if not even more so – over the next two days.

Ever since Daiso opened its doors on our sunny shores in the early 2000s, it’s been the go-to place for inexpensive household items.

Unfortunately, it appears even the Japanese retail giant is not spared from the effects of inflation and increasing costs of goods.

If you’re one of those who aren’t willing to spend more than S$2 there, you still have less than 48 hours to make a quick trip to your nearest outlet. Just make sure you have something to do while you’re stuck in the inevitable queue.

Featured image by MS News and adapted from Singapore Incidents on Facebook.