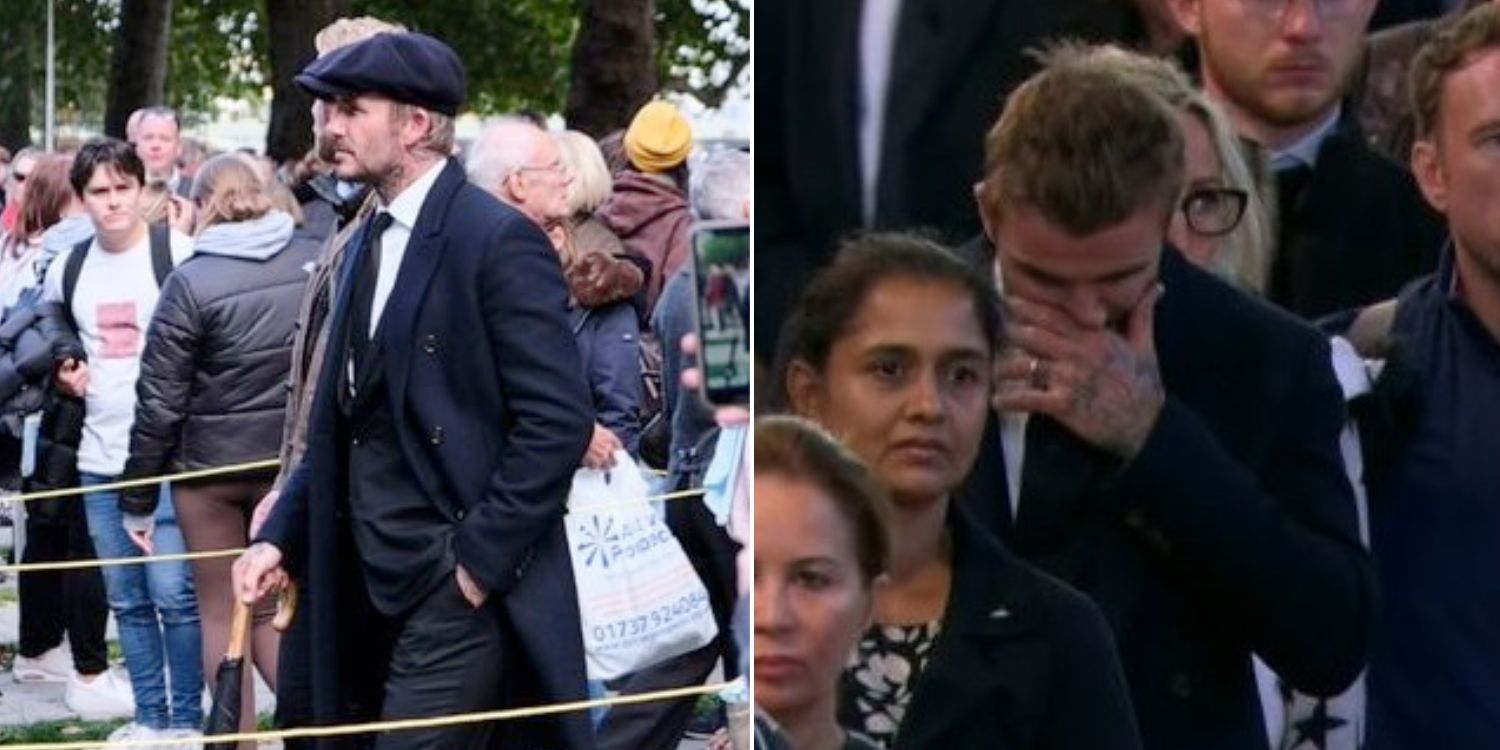 "Something like this today is meant to be shared together," he said.

David Beckham Queues With Ordinary Folks To Pay Respects To The Queen, Says Experience Meant To Be Shared

After Britain’s Queen Elizabeth II passed away on 8 Sep, people from all over the world flocked to London to pay respects to her as she lies in state.

However, while he’s probably used to people queuing up to see him, this time he reportedly queued up for 13 hours to pay his respects to the Queen. 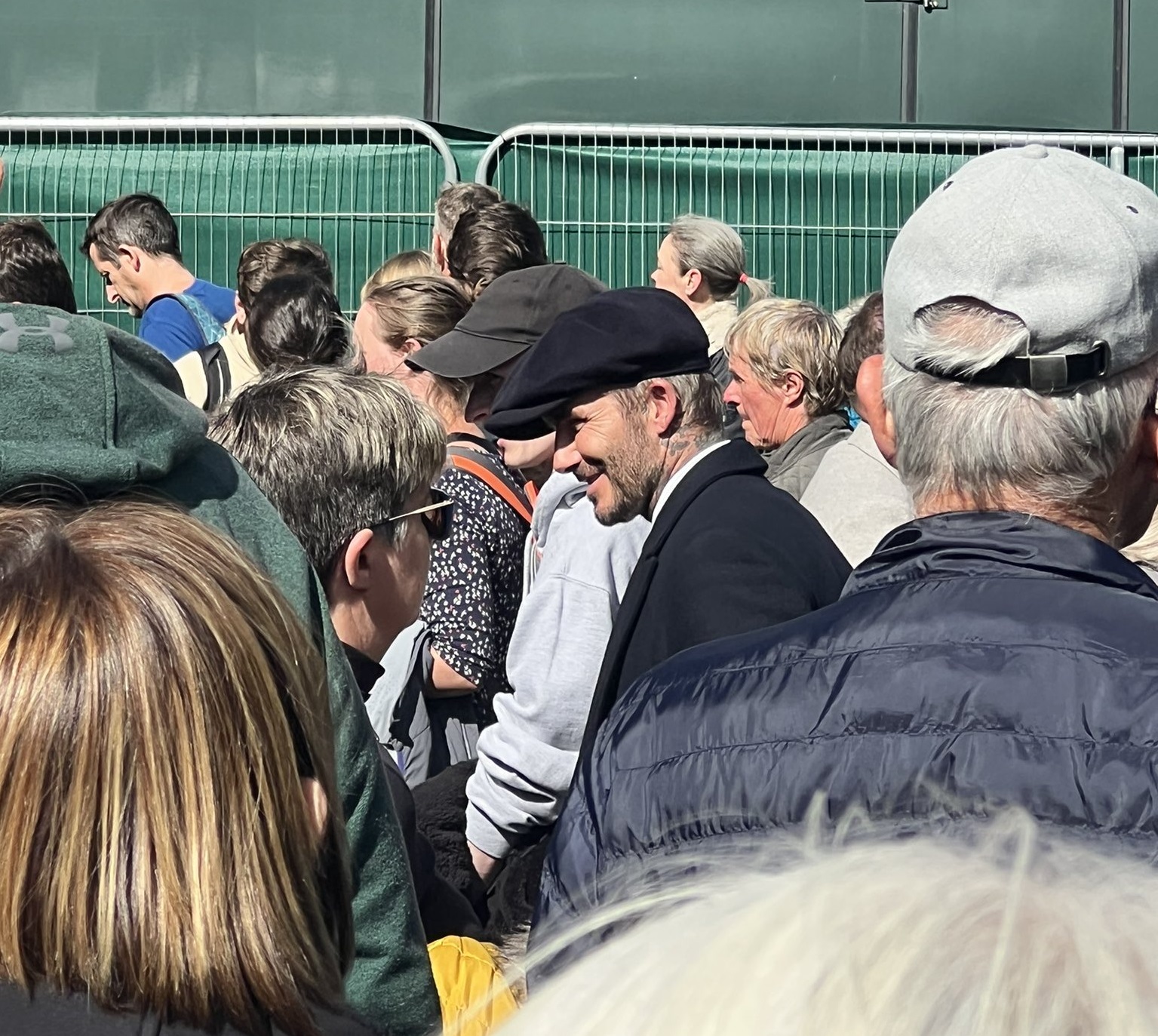 This is despite being offered a chance to jump the queue.

Thousands queue for up to 25 hours

The Queen has been lying in state in Westminster Hall, London since Wednesday (14 Sep), ahead of her funeral on Monday (19 Sep).

Hundreds of thousands of people in the United Kingdom (UK) and other parts of the world have since been queueing for hours without rest, sleep or much food to pay their respects. 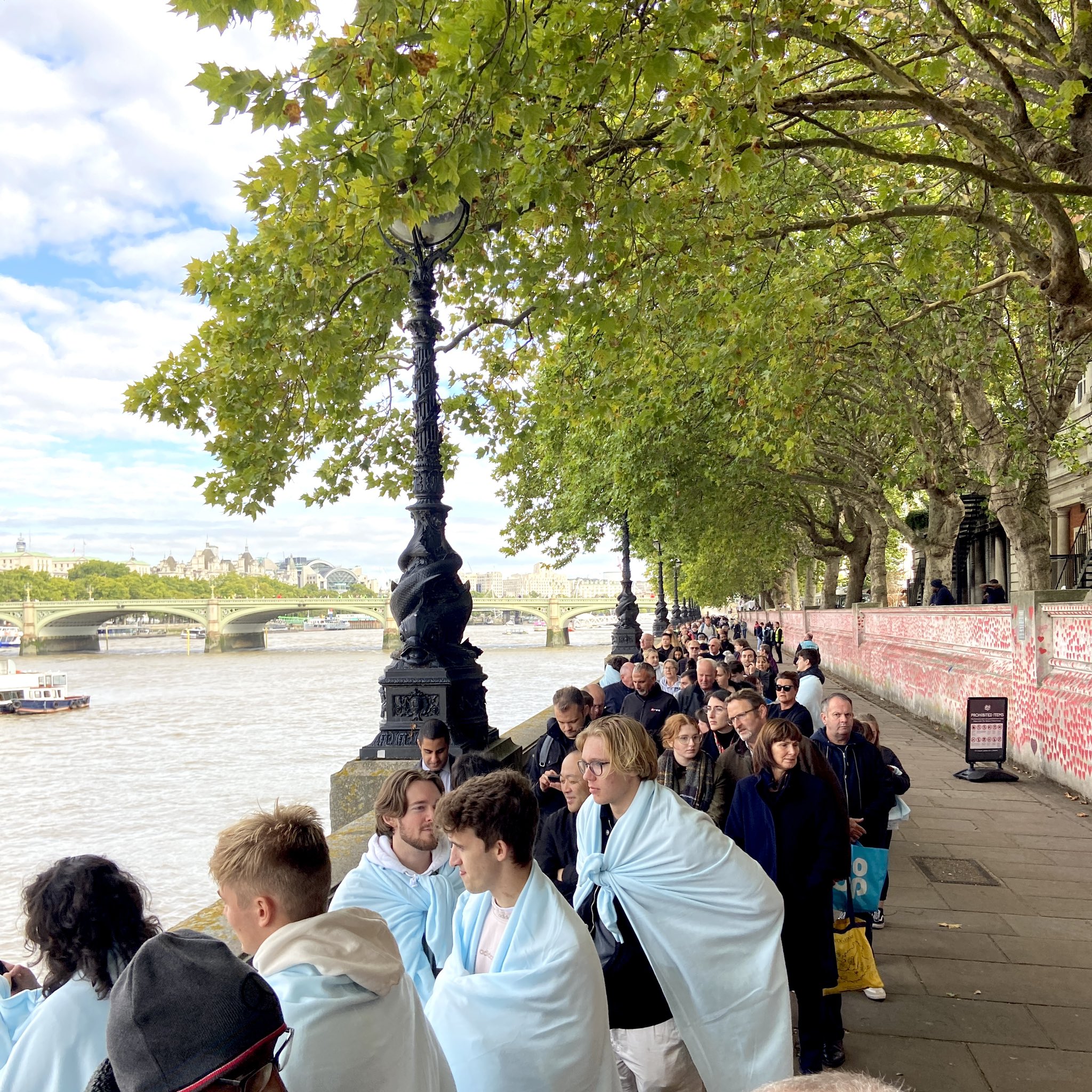 At one point, on Saturday (17 Sep) at 1.15am, the wait was estimated to be at least 25 hours, according to the UK Department for Digital, Culture, Media and Sport. 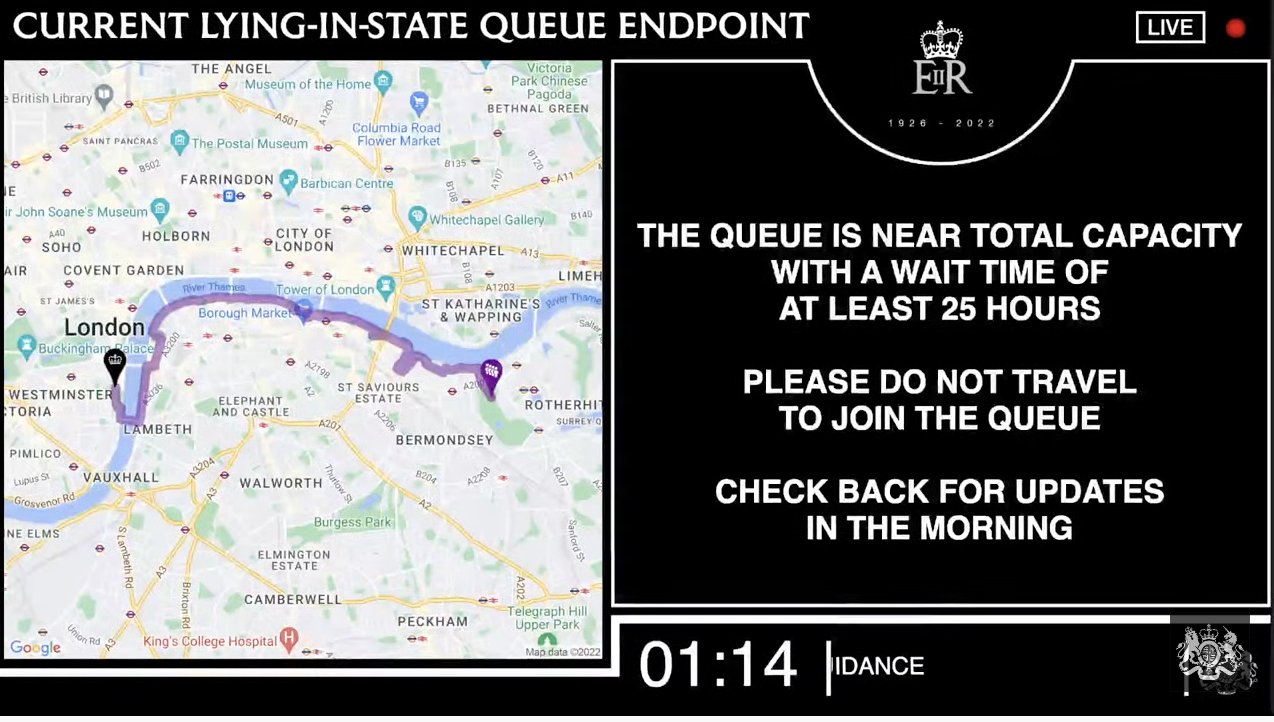 Source: Department for Digital, Culture, Media and Sport on Twitter

Queuers notice celebrity in their midst

However, the tiredness and monotony were broken on Friday (16 Sep) when people in the queue started to notice that there was a celebrity in their midst.

One of them, Ms Jules Birkby from Leeds, was giving a running commentary of the queue on Twitter when she posted that Beckham was also in the queue, somewhere behind them.

His appearance caused quite a stir, prompting many others to try to take a photo of him. 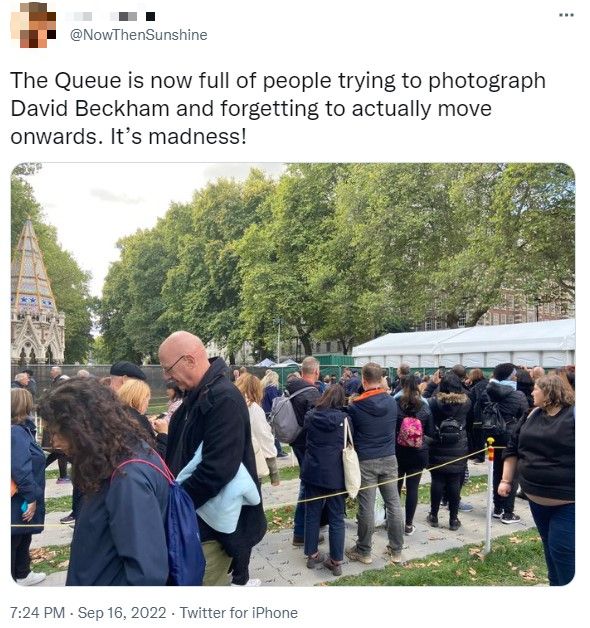 Soon, Ms Birkby herself shared a photo of Beckham, taken by her “queue buddy”. 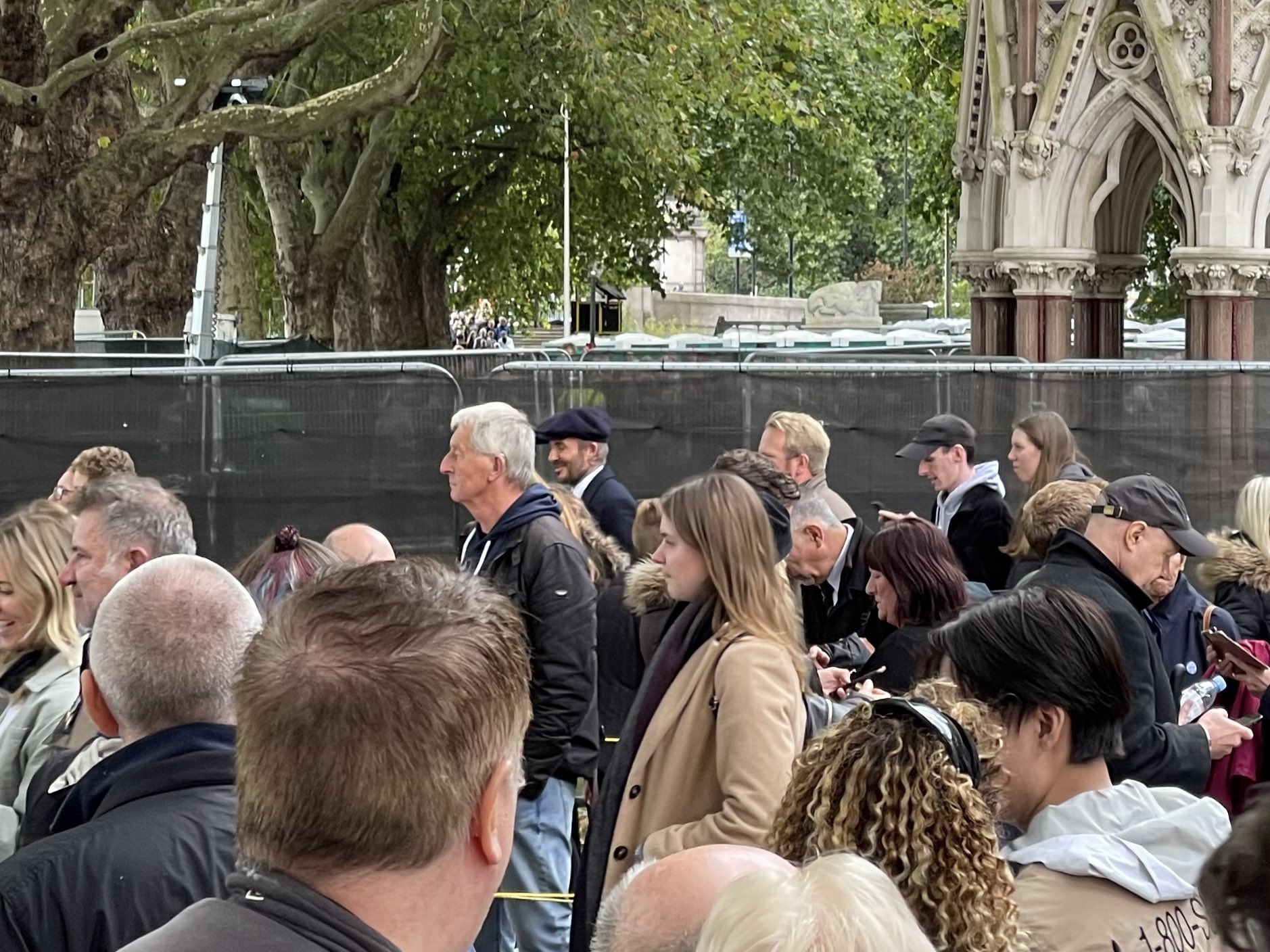 She also revealed that she and her mother had been in the queue for almost 12 hours at that point — meaning that Beckham had also been queueing for about that long.

Beckham, 47, eventually queued for more than 13 hours, according to The Daily Mail.

Looking dapper in a black suit, tie, cap and umbrella, he’d joined the queue at 2am and was not noticed by most people until hours later. 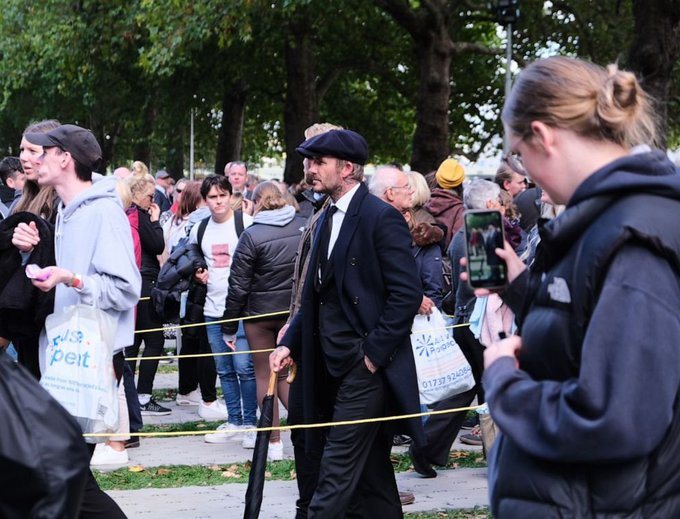 Asked by the BBC why he chose to queue, he pointed to the common experience of grieving by eloquently saying,

He added that he and his queue-mates survived for the last 12 hours on snacks like Pringles, sandwiches and doughnuts. A woman who was lucky enough to be queueing next to him said she respected how he stood with them in the queue, paying respects to the Queen in the way that he wanted to.

When Beckham finally got near the end of the queue and entered Westminster Hall, he was apparently overcome with emotion. 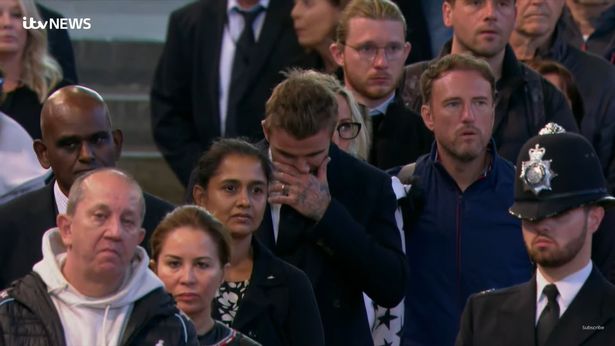 He also seemingly wiped away a tear as he gazed at the Queen’s coffin from afar. 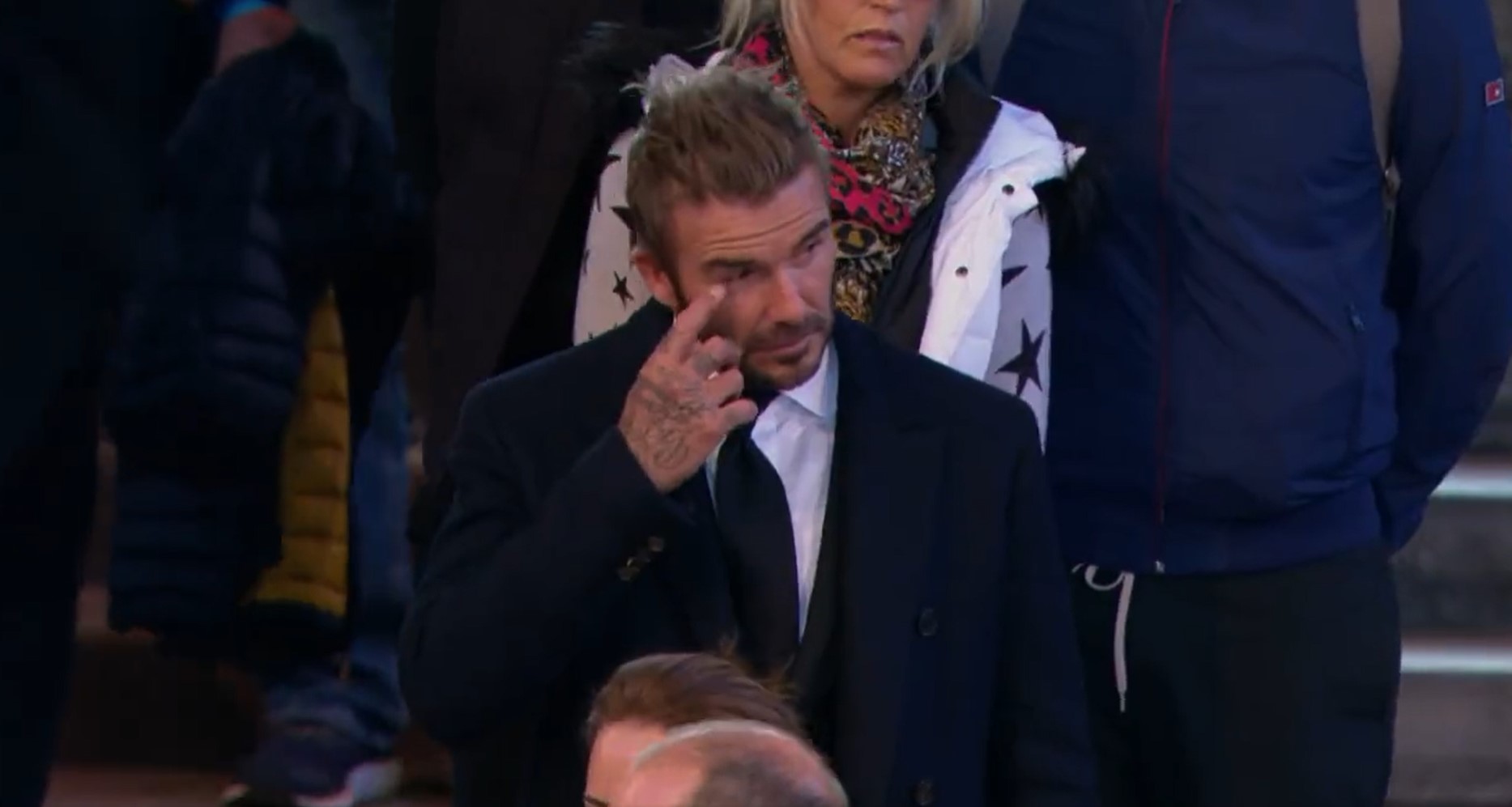 In front of the coffin, he bowed his head in silence for a moment. 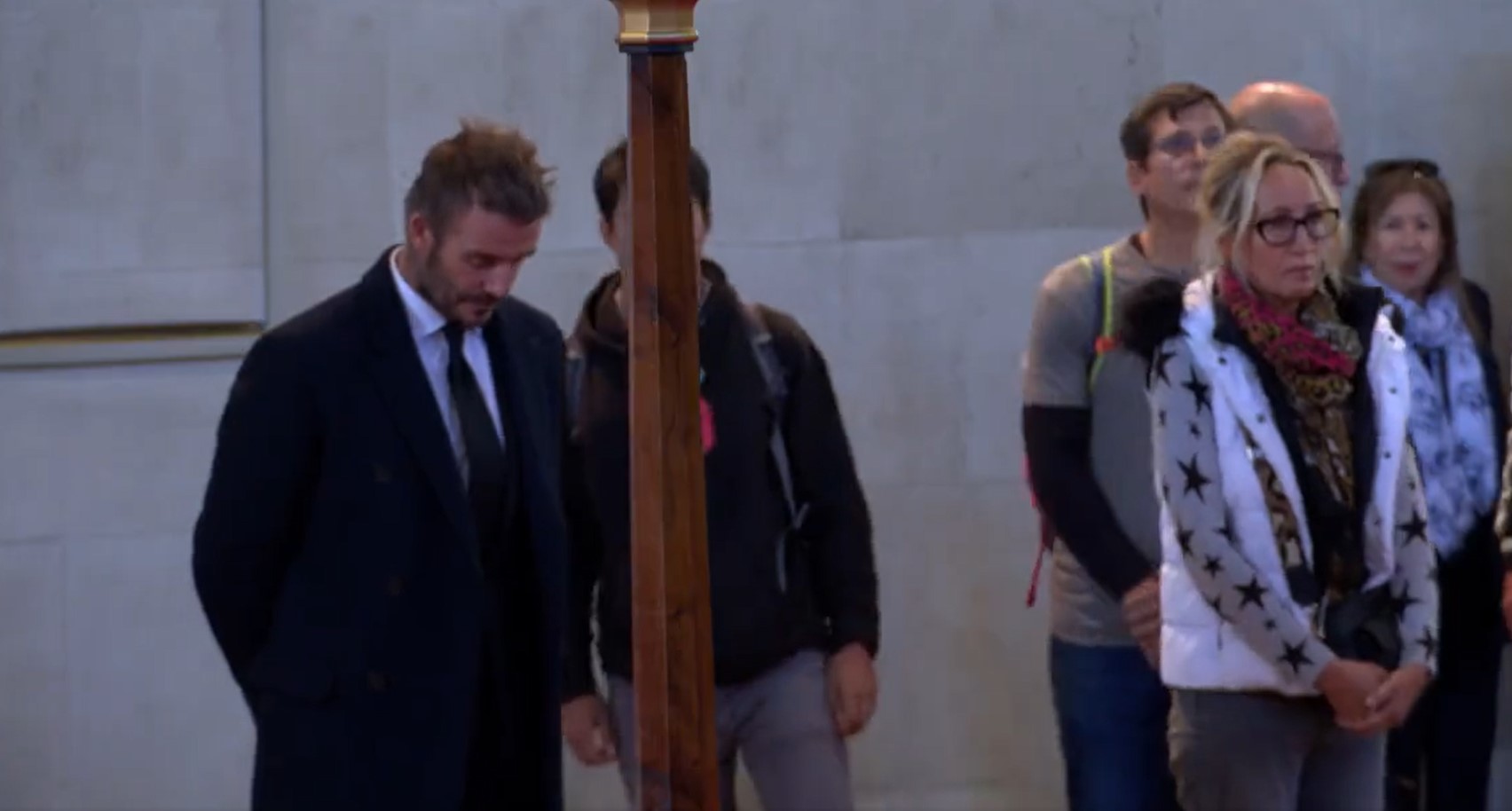 It was probably the last time he would get an audience with the Queen. While he had eyes only for the Queen, many had eyes on his every move, as cameras followed him as he walked out, according to Ms Birkby.

Beckham didn’t have to go through that 13-hour wait, apparently.

An MP had invited him to view the Queen’s coffin as one of his guests, reported The Daily Mail.

However, Beckham declined, saying his grandfather – who passed away in 2009 – would be disappointed if he did that.

His smart choice of dress for the occasion was also inspired by his grandfather, a staunch royalist.

Of course, this wasn’t the first time Beckham had met the Queen.

As a famous footballer and ambassador for the UK, he’s met the monarch on more than one occasion.

Notably, the Queen conferred on him the Order of the British Empire (OBE) in 2003, for his services to football. 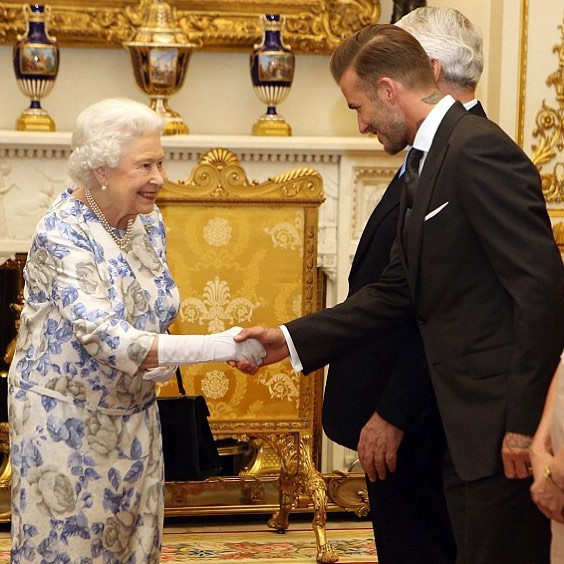 Upon her passing, Beckham penned a tribute on Facebook, saying he was “truly saddened”.

He added that she’d served the country with dignity and grace, and meant a lot to people all around the world.

Applauding Beckham for his humility

As one of the most famous names in the world, Beckham was entitled to save time and skip the queue.

But by showing his respect for the Queen this way, he’s proven that he’s no ordinary celebrity, but one with substance and humility.

For example, on one of his many visits to Singapore, he was seen eating in Tekka Market. Recently, he also helped retail staff move furniture and apologised to a boy.

That’s why many people are applauding him for his inspirational example that’s part of the reason why he’s one of the most admired sportsmen in the world.