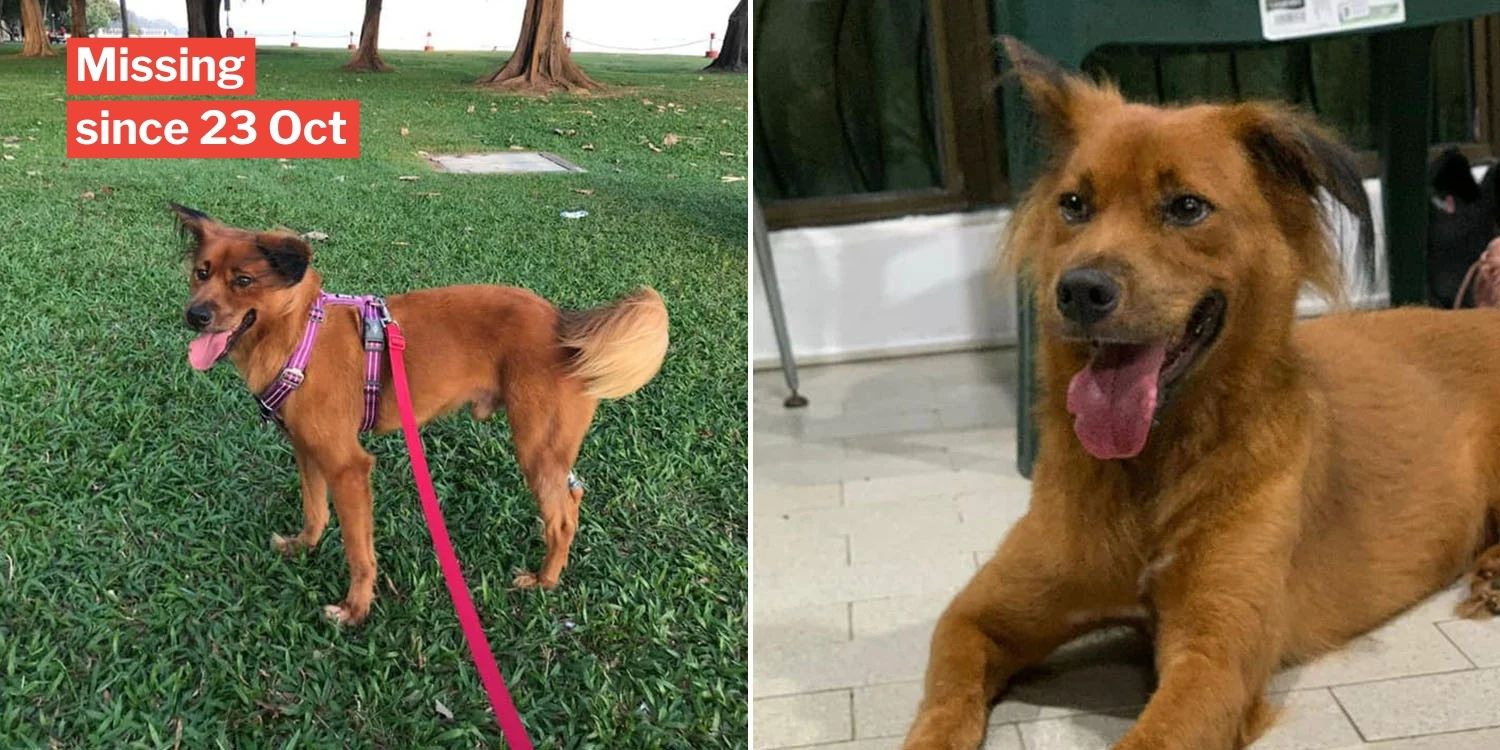 UPDATE (27 Oct, 12.45pm): CDAS has updated that Chestnut has been secured and reunited safely with his foster dad Jeff. You can read the full post here.

Pets are often put on a leash when out on walks to prevent them from running away or getting into dangerous situations.

Unfortunately, there have been times where pets manage to break away from their leash, such as a dog who is currently missing.

While on his regular walks, a dog named Chestnut got spooked and broke away from his collar last Saturday (23 Oct). He ran towards East Coast Park near the Bedok Jetty.

Chestnut was spotted around the area of Tampines North on Sunday (24 Oct), and a few times along East Coast Beach. However, he is still unable to be secured by his owners. 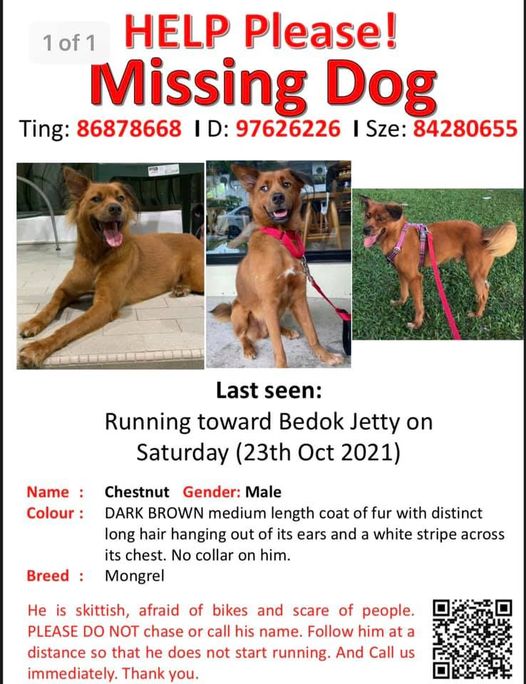 Chained Dog Awareness in Singapore (CDAS) has since posted a notice on Facebook to spread the word and appeal for volunteers to search for Chestnut.

Dog runs away after breaking from leash near ECP

On Saturday (23 Oct), Chestnut ran away while walking with his owner along East Coast Park (ECP) and has been missing since. He was apparently spooked and broke free from his collar.

Chestnut is a mongrel with a dark brown medium-length coat of fur with distinct long hair hanging out of its ears. He also has a white stripe across his chest. 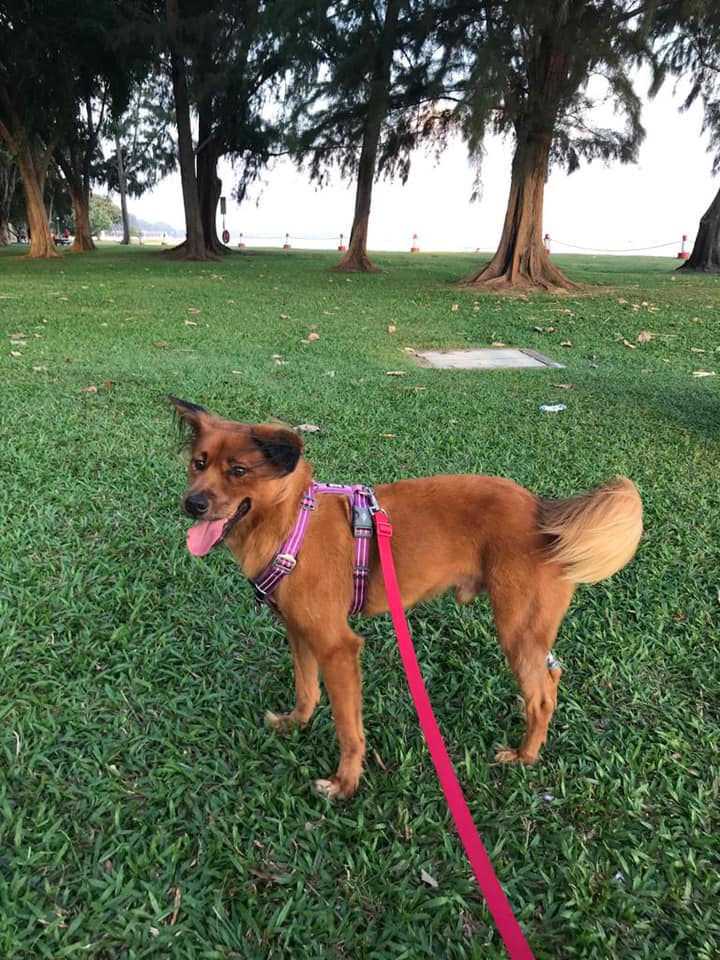 His owners also mentioned that Chestnut is skittish, afraid of bikes and scared of people. Hence, anyone who spots him should not chase or call him.

Instead, they should call Chestnut’s owners while keeping a distance to prevent him from running away again.

CDAS posted on Facebook about Chestnut’s situation on the same day he was missing.

In an update the next day (24 Oct), CDAS posted an update that someone had spotted Chestnut at 1pm. However, they only contacted them at 4.30pm after realising he was a lost dog. 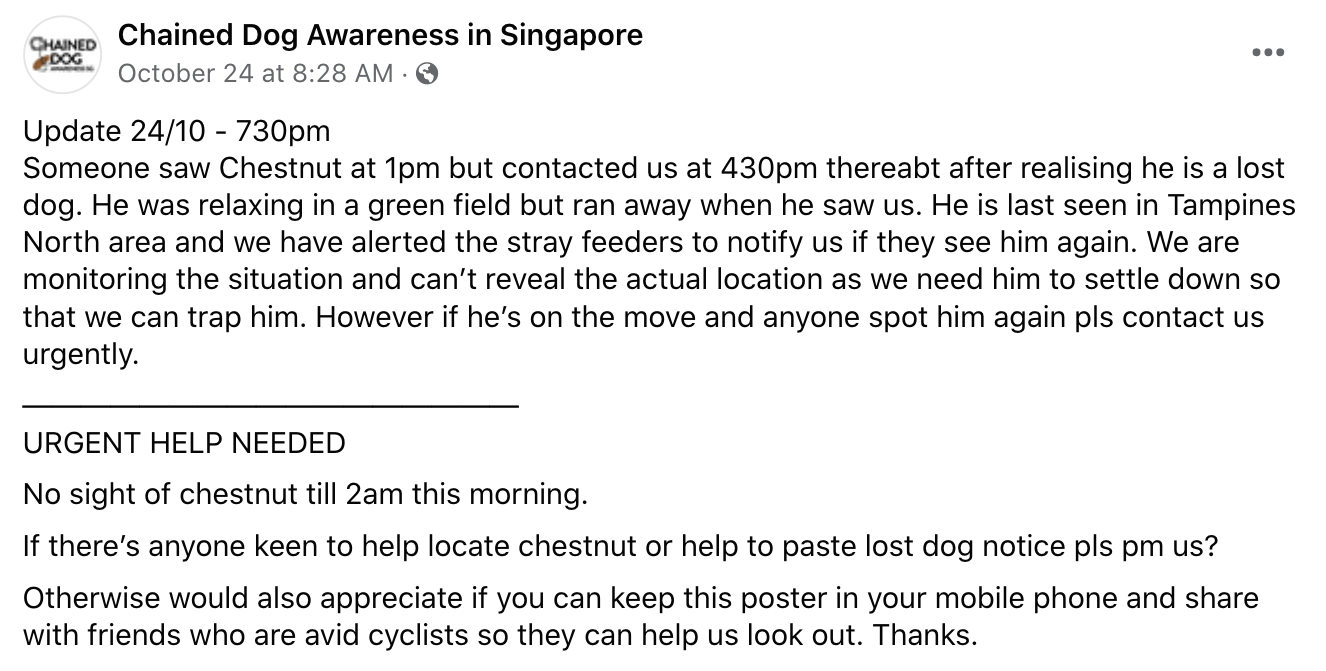 Chestnut was relaxing in a field when CDAS arrived at the scene. Unfortunately, he ran away upon seeing them and was later seen in the Tampines North area. CDAS has since alerted stray feeders to notify them if Chestnut is spotted.

According to the CDAS’ latest Facebook update on Tuesday (26 Oct), Chestnut has apparently been spotted several times along a particular stretch at East Coast beach. 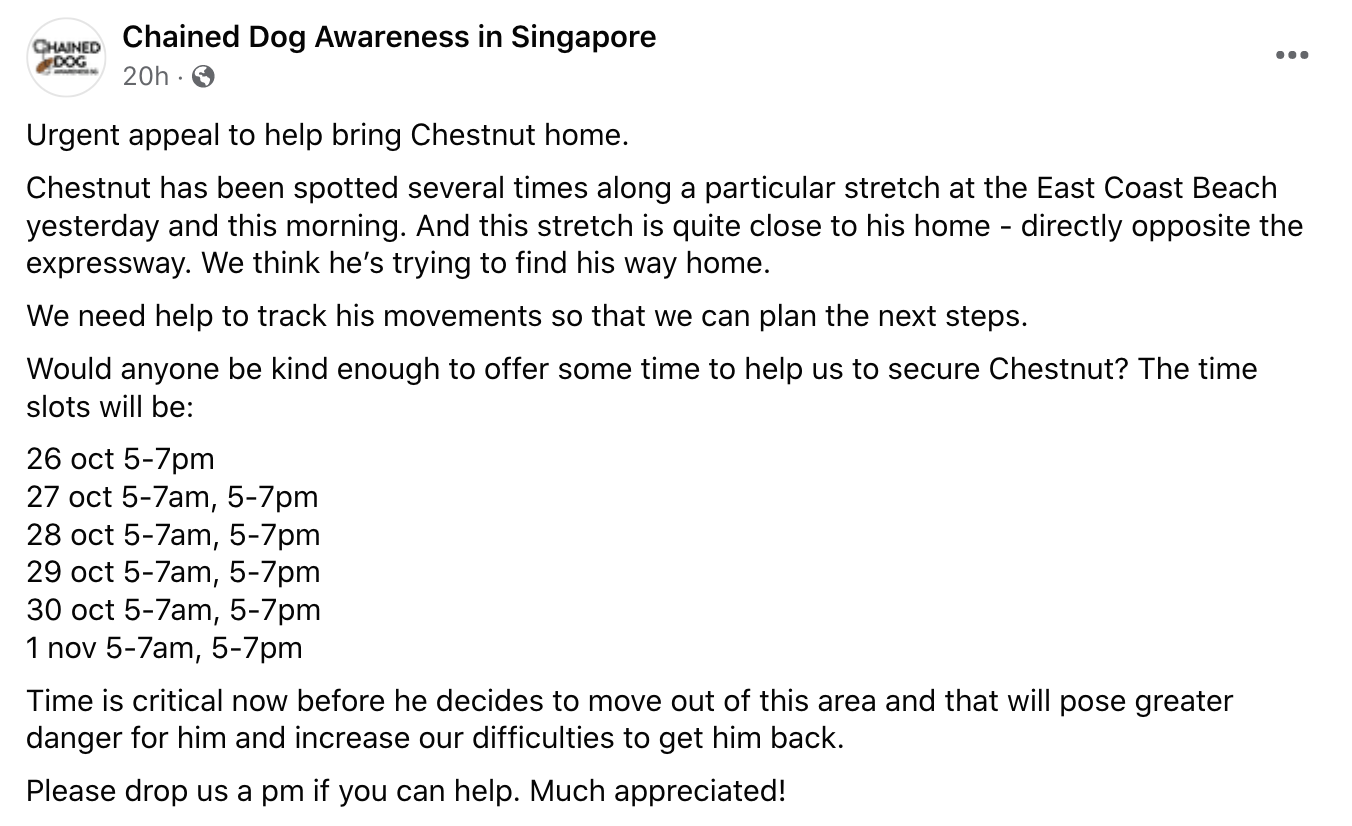 Since it was near his home, which is directly opposite the expressway, Chestnut’s owners think he might be trying to find his way back.

As Chestnut has not been home for 5 days, his owners are extremely worried as it could be dangerous for him to wander around alone.

In a race against time, CDAS decided to open some slots for volunteers who’d like to help find Chestnut.

The slots will be open from 26 to 30 Oct, and 1 Nov with 2 timings – 5am-7am and 5pm-7pm. Those who are interested can message CDAS through Facebook.

Hope dog will reunite with his family soon

It is extremely worrying when one’s pet goes missing, especially if it has been gone for several days.

Anyone who spots Chestnut wandering around should immediately contact his owners through the numbers on the poster.

We hope Chestnut will be located and secured soon and reunited with his family. 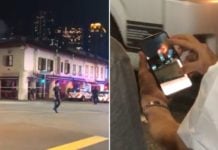 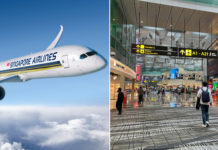