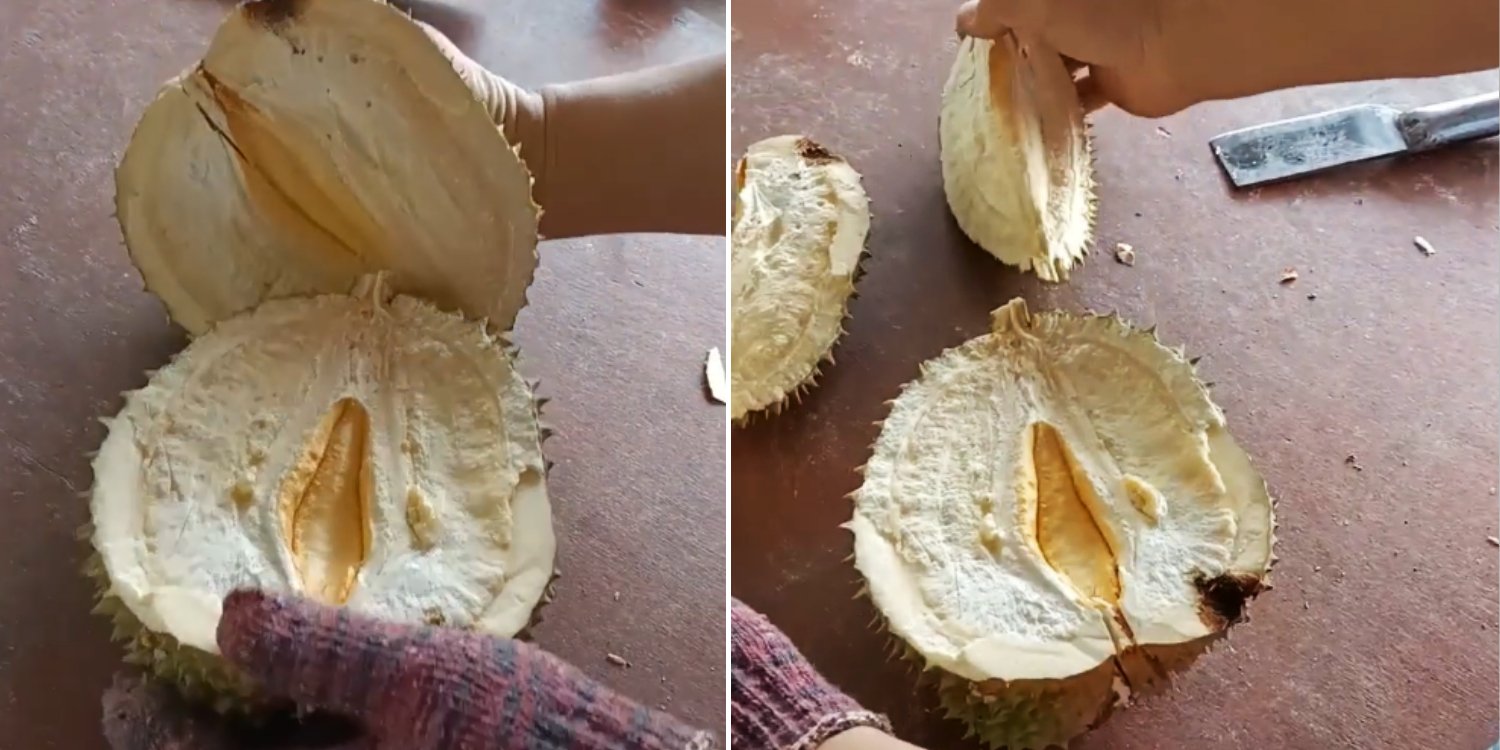 As durian season is in full swing, many are undoubtedly excited to feast on their favourite fruit again.

For extra passionate durian lovers, they’ll opt for tried-and-true varieties like Musang King, D24, and Black Thorn, even if it means shelling out extra $$$.

As it turns out, paying more for a premium variety does not always guarantee a good durian — or even one that has flesh at all.

One man found this out the hard way when he paid S$36 for a Black Thorn durian, only to find it completely empty without a single shred of flesh.

In a post uploaded to Facebook on Sunday (3 Jul), the user shared a picture of the Black Thorn durian being weighed.

The scales show that the durian comes in at a relatively hefty 1.8kg, with the equally eye-popping price of S$36 (RM117). 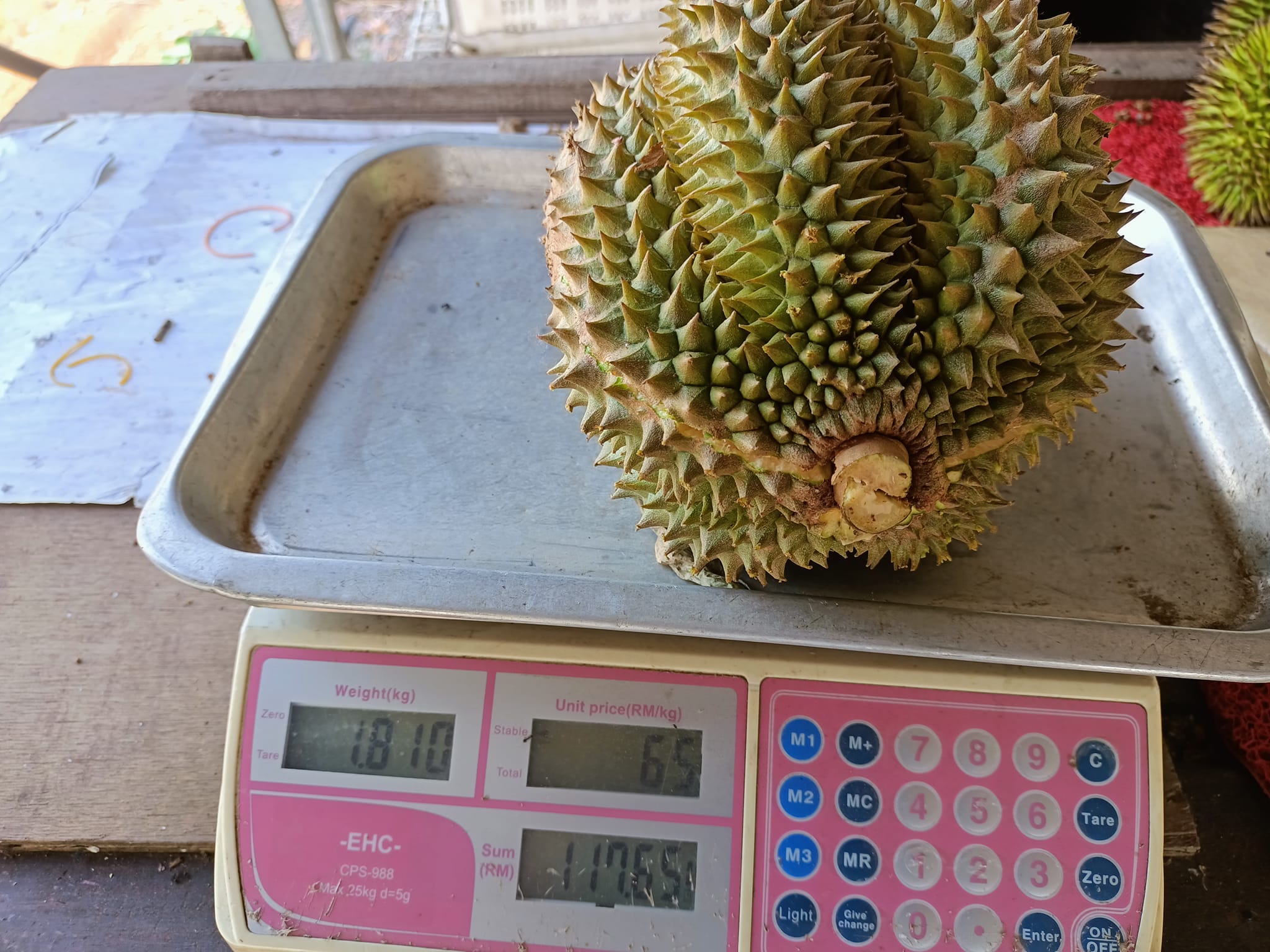 The price is in line with the projected increase reported earlier this year, which estimated Black Thorn durians to exceed S$32 (RM100) per kg.

The price hikes are due to lower supply and weather conditions, as recent drastic weather has caused durian production in some Malaysian states to drop as much as 50%.

However, this has clearly not deterred die-hard durian fans from getting their share.

No flesh found in every layer of durian

Besides the photo, the user posted a short clip of him opening up the durian. 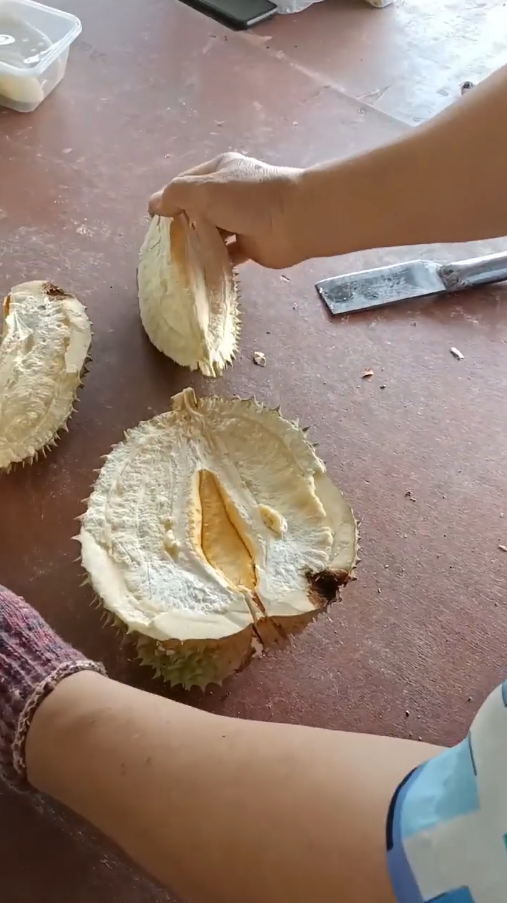 It’s common to get durians with one or two empty layers, but not a single seed could be found within the premium Black Thorn.

By the end of the video, the frustrated Malaysian raised a thumb to the camera and sarcastically remarked, “Good!”.

Netizens compare it to opening a mystery box

In #epicfail incidents like this, netizens never miss the chance to poke fun, with some comparing it to the opening of a mystery box.

For the uninitiated, a mystery box is an item whose contents are unknown to the buyer before opening.

These boxes often lure people in with the promise of getting something worth more than the box’s price.

One comment said buying durian is akin to buying a mystery box nowadays.

Another user asked rhetorically if he had bought a durian or a mystery box.

Some netizens had a lightbulb moment from the video and suggested the man use the durian rinds to make pork ribs soup.

One user even attached a video tutorial.

One of the comments quipped that this could be a new species of durian where people are only meant to consume its thorns.

Another commenter even went as far as to attach an image of someone seemingly savouring durian thorns with chilli sauce.

Hope the man got a replacement durian

For all that money spent, the man ought to have gotten a Black Thorn durian chock-full of flesh.

Here’s hoping he gets his money back, or at least a replacement durian for all this trouble.