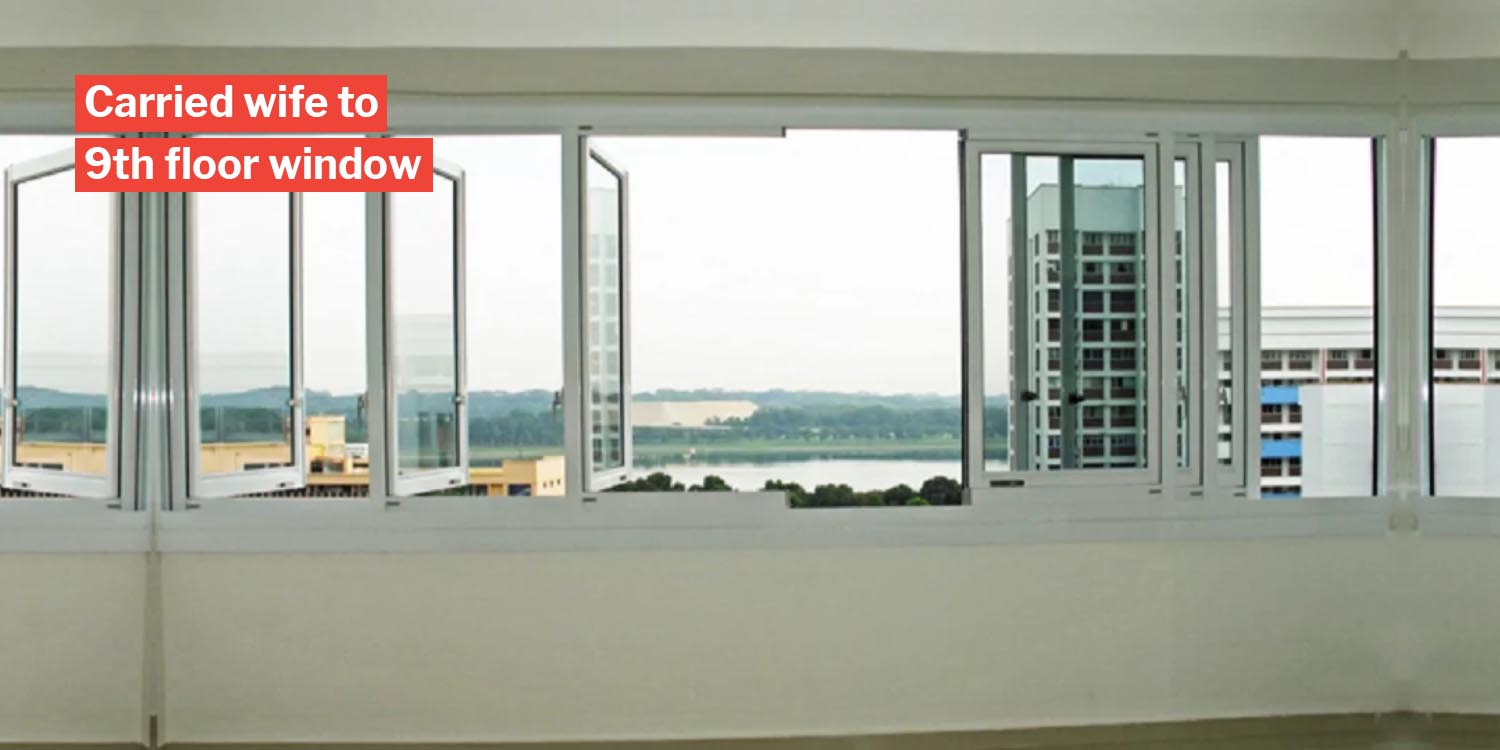 When it comes to being a hero, age does not matter.

Yahoo News reports that a 48-year-old taxi driver attempted to throw his wife from their kitchen window on the ninth floor after they quarreled about money.

His 5-year-old daughter successfully foiled his plans by asking their neighbours for help.

On Wednesday (11 Dec), the man was charged with using criminal force and has pleaded guilty. He is likely to be sentenced on 9 Jan.

The family members were not named in this news story to protect the child’s identity.

Man repeatedly tried throwing wife out of window when arguing

In May, the Singaporean man and his Vietnamese wife were arguing over money. The couple was married for the past six years.

The accused was unhappy that the victim sent money to Vietnam instead of saving money to purchase a house in Singapore.

He held his wife’s waist and attempted to carry her into the kitchen window. The wife struggled, lost her balance, then fell near their washing machine.

Unfazed, he held on to her calves and attempted to carry her to the window once again.

The victim’s lower body were dangling in the air when the accused was lifting her calves.

To foil her husband’s plan, the wife desperately clutched the washing machine door.

The 5-year-old daughter witnessed the fight and asked their neighbours for help.

She screamed at the neighbouring units and persistently knocked on the doors.

Fortunately, 3 neighbours came to the rescue. One neighbour called the police and reported,

Husband is trying to throw the wife down. There is a lot of commotion.

After the neighbours left, the man remained undeterred and grabbed his wife by the waist to throw her out again. So, the daughter returned to the neighbours for help.

Once she shouted his name, the man let go of his wife. She then ran away to seek help from their neighbours too. Police arrived at the scene shortly after.

According to DPP Lim, the wife’s body was not outside the window during both attempts to lift her.

Domestic violence is traumatic and we hope both the wife and her daughter will recover from the incident.

Kudos to the 5-year-old daughter for her quick thinking and wit. However, it’s sad that she witnessed violence at such a young age.

What do you think of the daughter’s heroic attempt to save her mom? Let us know in the comments below.

Featured image adapted from Window.sg and is purely for illustration purposes only.