The entire unit was damaged by the heat and smoke.

Now that it’s the Hungry Ghost Festival, it’s normal to smell some smoke around HDB estates.

However, for one resident in Toa Payoh, what she thought was normal seventh month burning was actually more concerning — a blaze from a flat in her block.

The fire ended up sending one person to hospital. 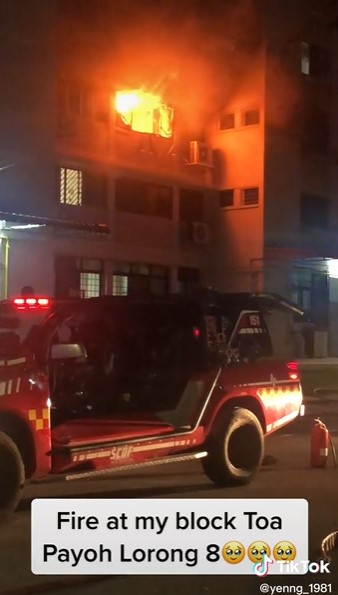 50 residents were also evacuated as a precaution.

In a short Facebook post at 8.48pm on Friday (12 Aug) night, the Singapore Civil Defence Force (SCDF) said they’d been alerted to a fire in Toa Payoh.

Specifically, the fire was at Block 222, Lorong 8 Toa Payoh. 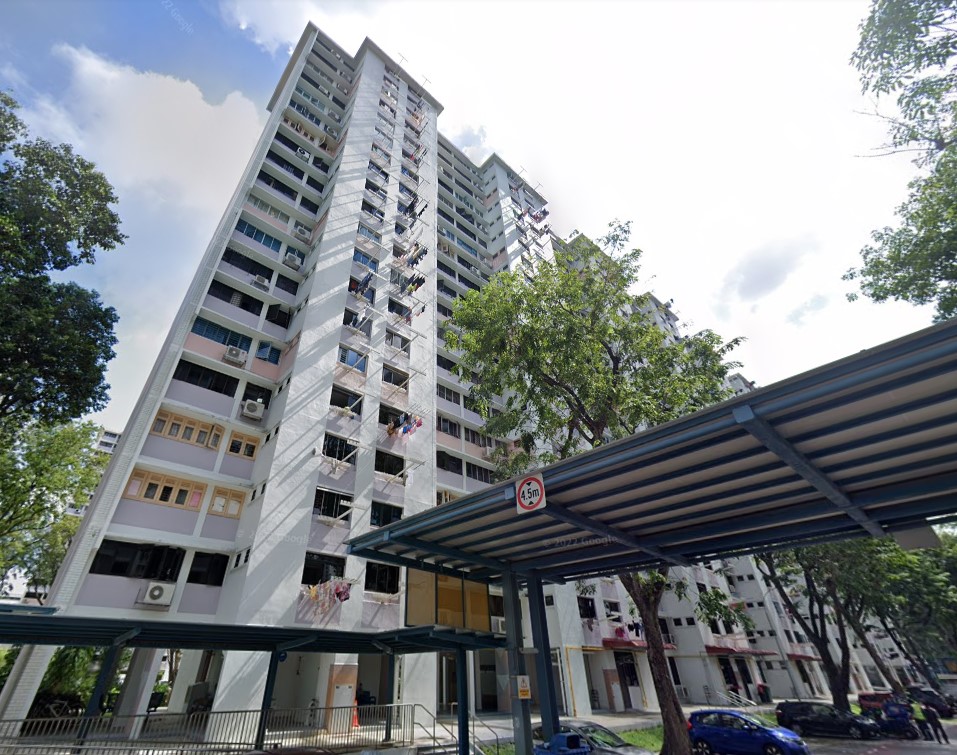 At the time of the post, firefighters were on the scene attempting to put out the fire.

In a subsequent Facebook post at 9.48pm, the SCDF said they were alerted to the fire at 8.20pm.

It was emanating from a unit on the third floor of the block.

When they arrived, the fire was already emitting thick black smoke.

Thankfully, they managed to extinguish it. 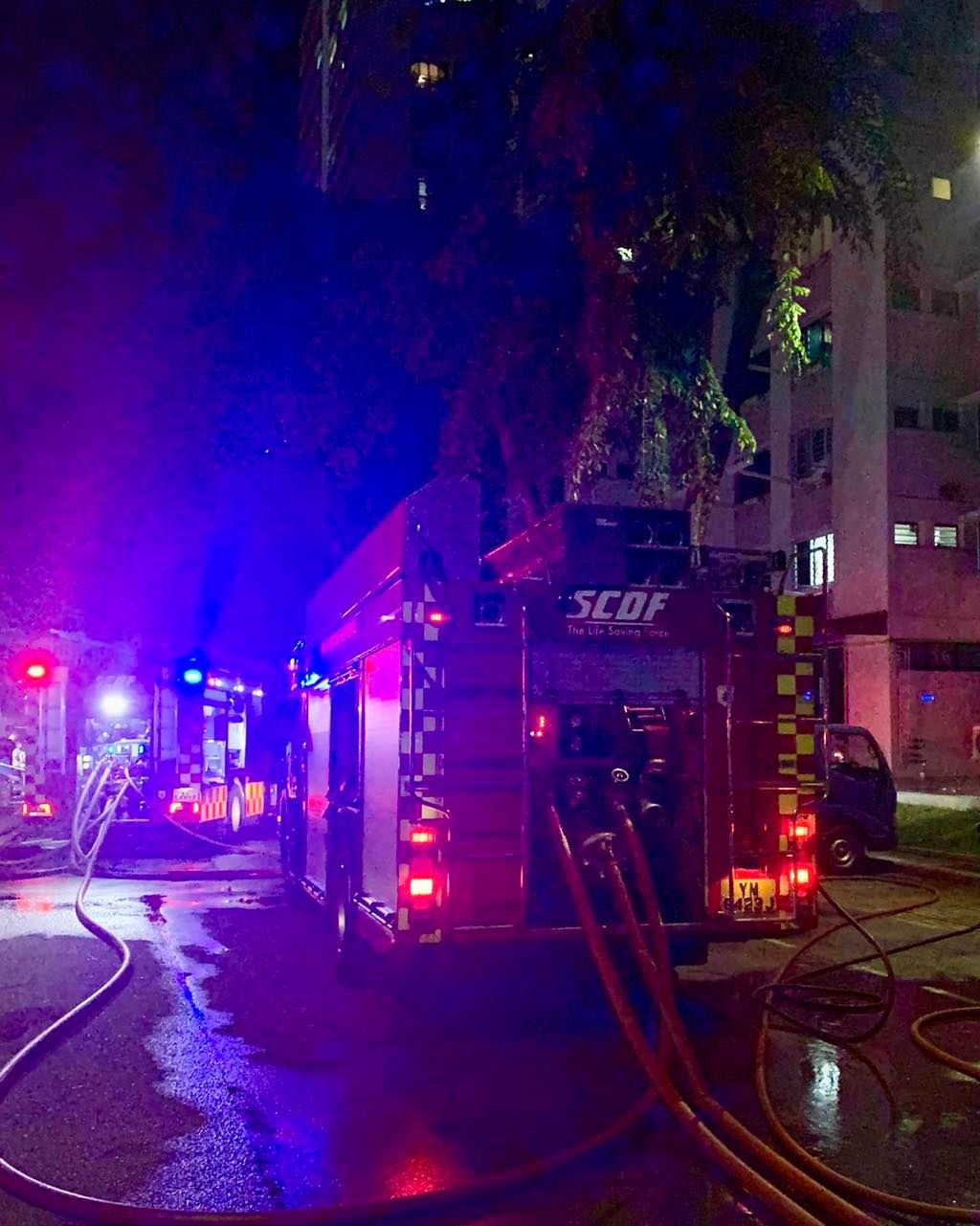 A video posted on TikTok showed a stream of water slowly but surely putting out the raging fire coming from the 3rd-floor window. 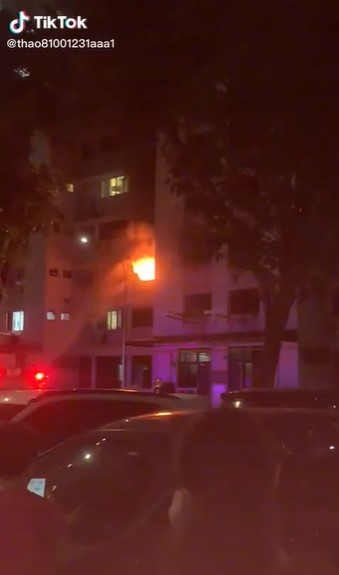 Unfortunately, there were two casualties, reported the SCDF.

They are being assessed by Emergency Medical Services, they said.

50 residents of the affected block also had to be evacuated “as a precautionary measure”, they added.

A video on TikTok showed the evacuated residents watching as the fire blazed from the third floor. 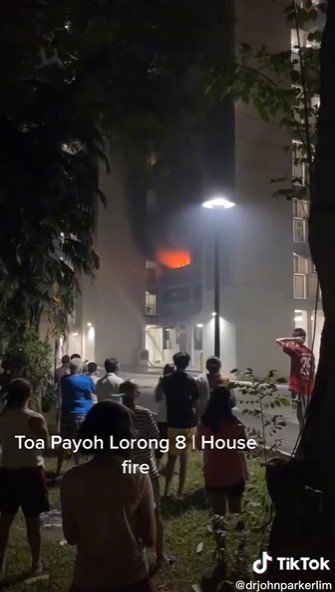 Resident thought fire was due to Hungry Ghost Festival

A resident told Channel NewsAsia (CNA) that at 8.10pm, she’d smelt the smoke from her room and initially thought people were burning joss paper for the Hungry Ghost Festival.

However, the smoke started coming into her window.

Feeling that something was amiss, she left her flat and saw neighbours also evacuating. One told her it was from a third-floor flat.

One person sent to hospital

In their final update, the SCDF said two water jets were used to fight the fire. 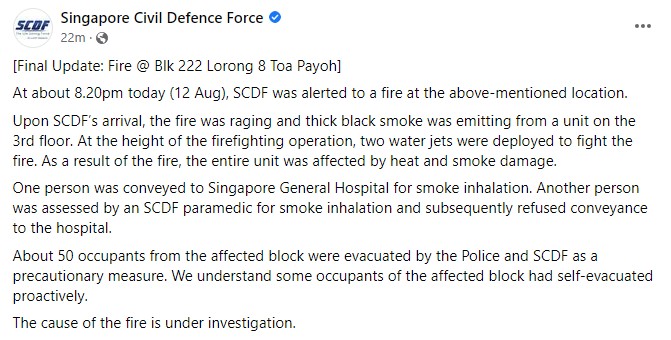 As for the two casualties, one of them was sent to the Singapore General Hospital (SGH) due to smoke inhalation.

The other person, however, refused to be sent to hospital despite also being assessed for smoke inhalation.

While 50 residents were evacuated by the police and SCDF, a number of them had also self-evacuated, the SCDF said.

However, the entire unit affected was damaged by the heat and smoke. 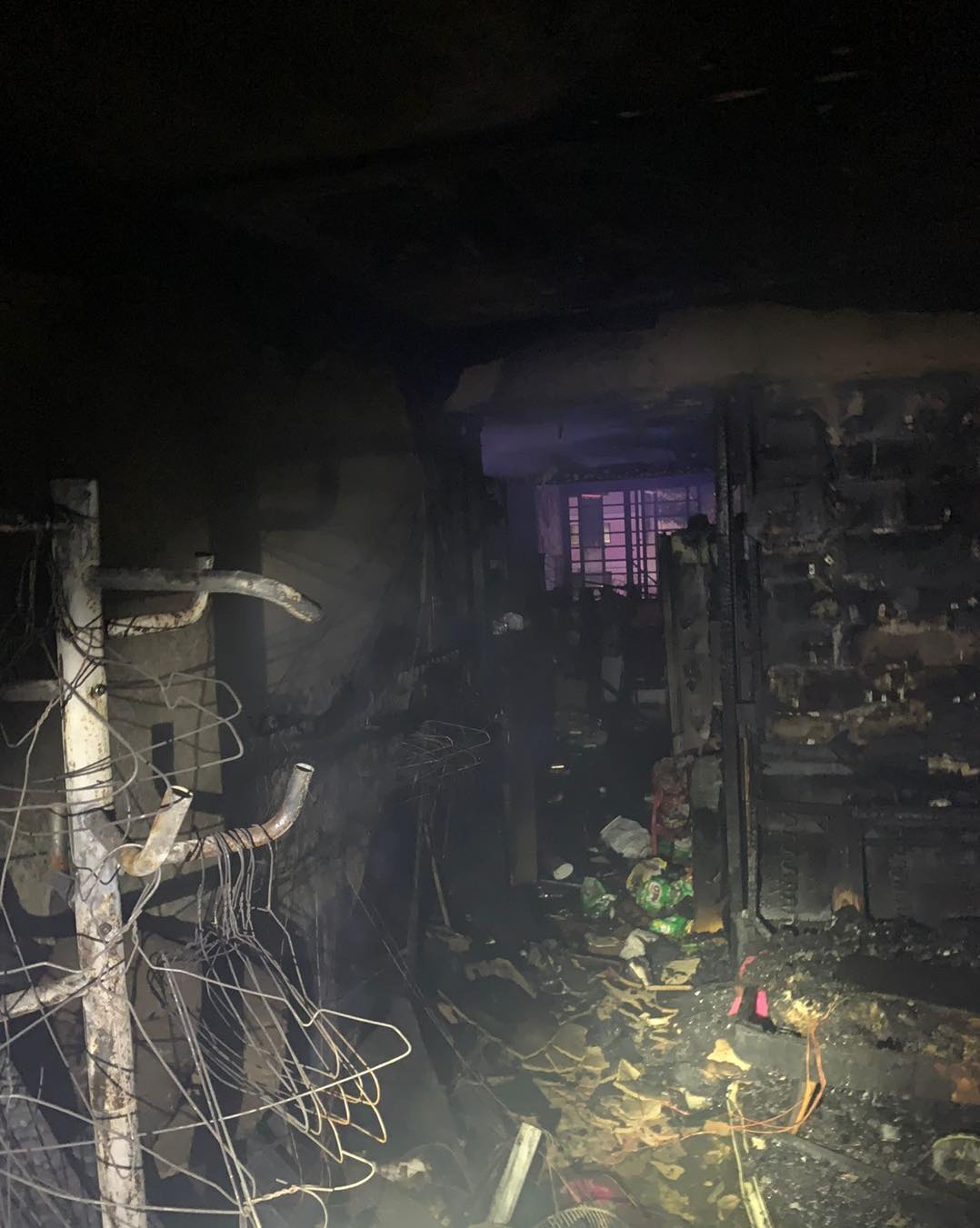 Residential fires may endanger lives if not attended to quickly.

Fortunately, officers from the SCDF made a timely arrival at the scene to prevent more casualties and damage.

We hope the hospitalised resident makes a swift and smooth recovery.

Featured image adapted from @yenng_1981 on TikTok and SCDF on Facebook.