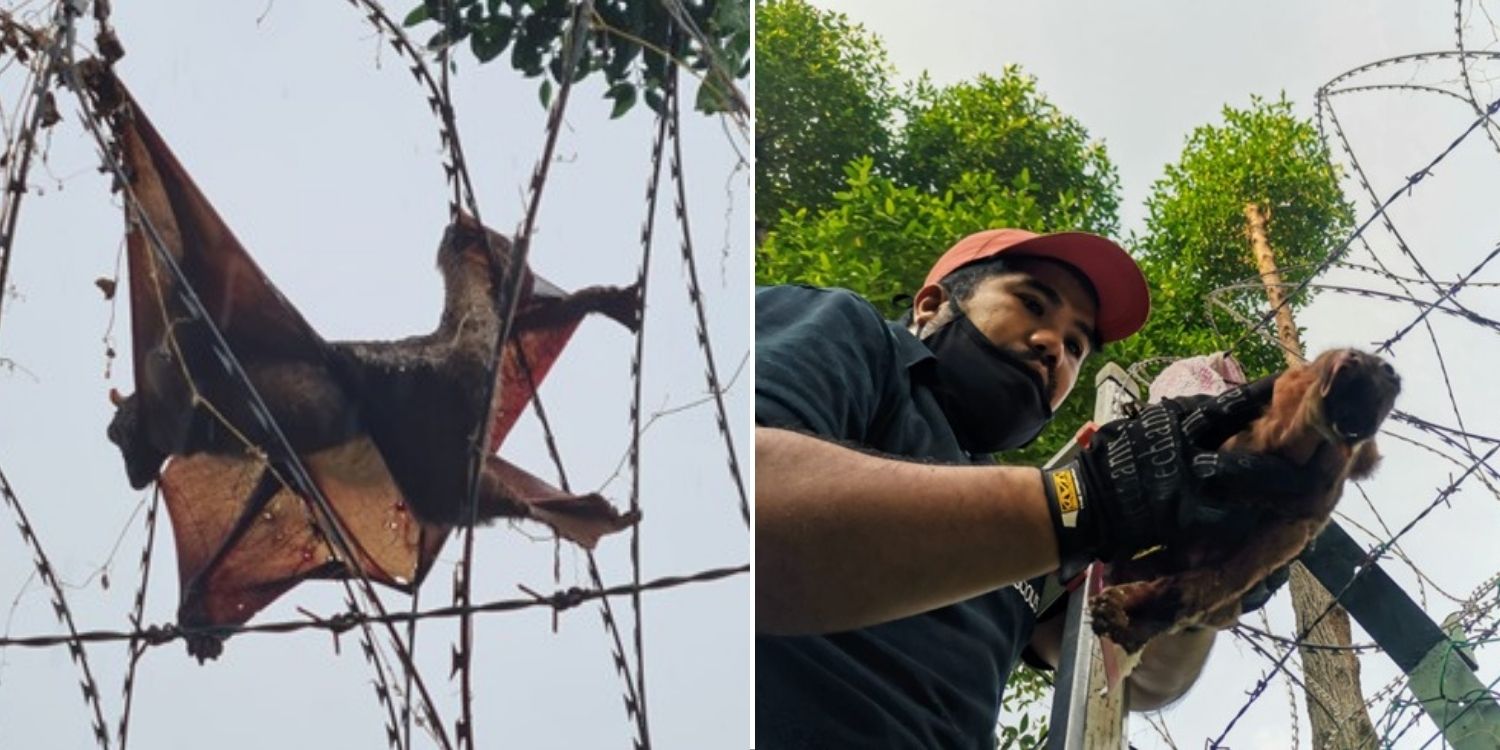 The landowners removed the wires immediately after being informed about the incidents.

As Singapore is a city in nature, we should be mindful and considerate of the wildlife creatures living among us. Sometimes, our actions may unintentionally endanger their lives.

On Sunday (8 May), a colugo – aka a flying lemur – was found suspended from concertina wires in Bukit Timah, opposite the Swiss Embassy. Unfortunately, this was not the first time it happened. In all three such cases, none of the lemurs survived the ordeal. 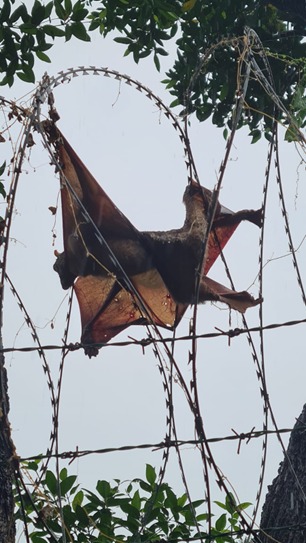 Considering the grave circumstances, Animal Concerns Research and Education Society (ACRES) representatives reached out to the landowners, who immediately agreed to remove the wires.

Three flying lemurs have been caught in wires opposite Swiss Embassy

However, these wires protecting the patch of land opposite the Swiss Embassy have inadvertently trapped and injured unsuspecting animals, such as flying lemurs.

So far, three such cases have been reported. Unfortunately, all of them passed away from dehydration and severe cuts.

ACRES made multiple attempts to identify the landowner in 2021 but was unsuccessful. 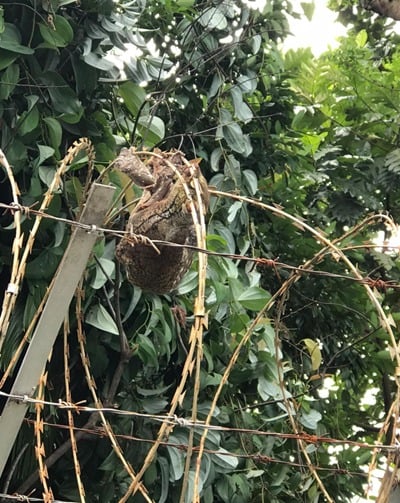 Thankfully, just a few days ago, they could locate the landowner with help from members of the Swiss Club.

As soon as they were made aware of the mishaps, they co-operated with ACRES and removed the wires.

ACRES stresses the importance of co-existing with wildlife

There are certain areas within Singapore where extra steps are taken to maximise security. But Mr Kalai said as Singapore transits into a city in nature concept, “we need to be more mindful as such wires can harm animals”.

Therefore, he was grateful for the swift cooperation of the landowners.

They acted swiftly the moment we wrote into them. We are very grateful for this and this shows their commitment to animal welfare efforts.

They hope that this positive outcome will set a precedent for other landowners to remove their concertina wires. 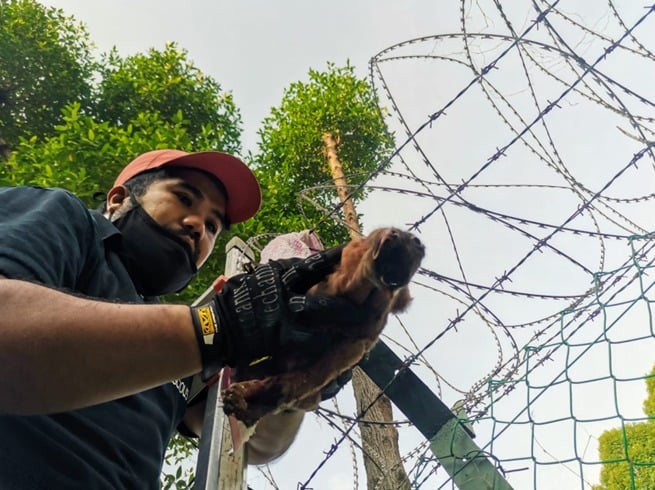 This is especially so if they use it near nature reserves or areas with known wildlife habitats.

Mr Kalai added that they could also consider modifying, removing, or regularly monitoring them to prevent animal casualties.

Protecting our wildlife is everyone’s responsibility

As Singapore continues to develop and urbanise, it is paramount for us to co-exist harmoniously with wildlife.

Hence, we must be sensitive towards our surroundings and monitor whether potentially harmful objects are accidentally endangering the lives of innocent animals, such as glue traps.

Should anyone see an animal in distress or injured, they should contact their Wildlife Rescue Hotline at 97837782.