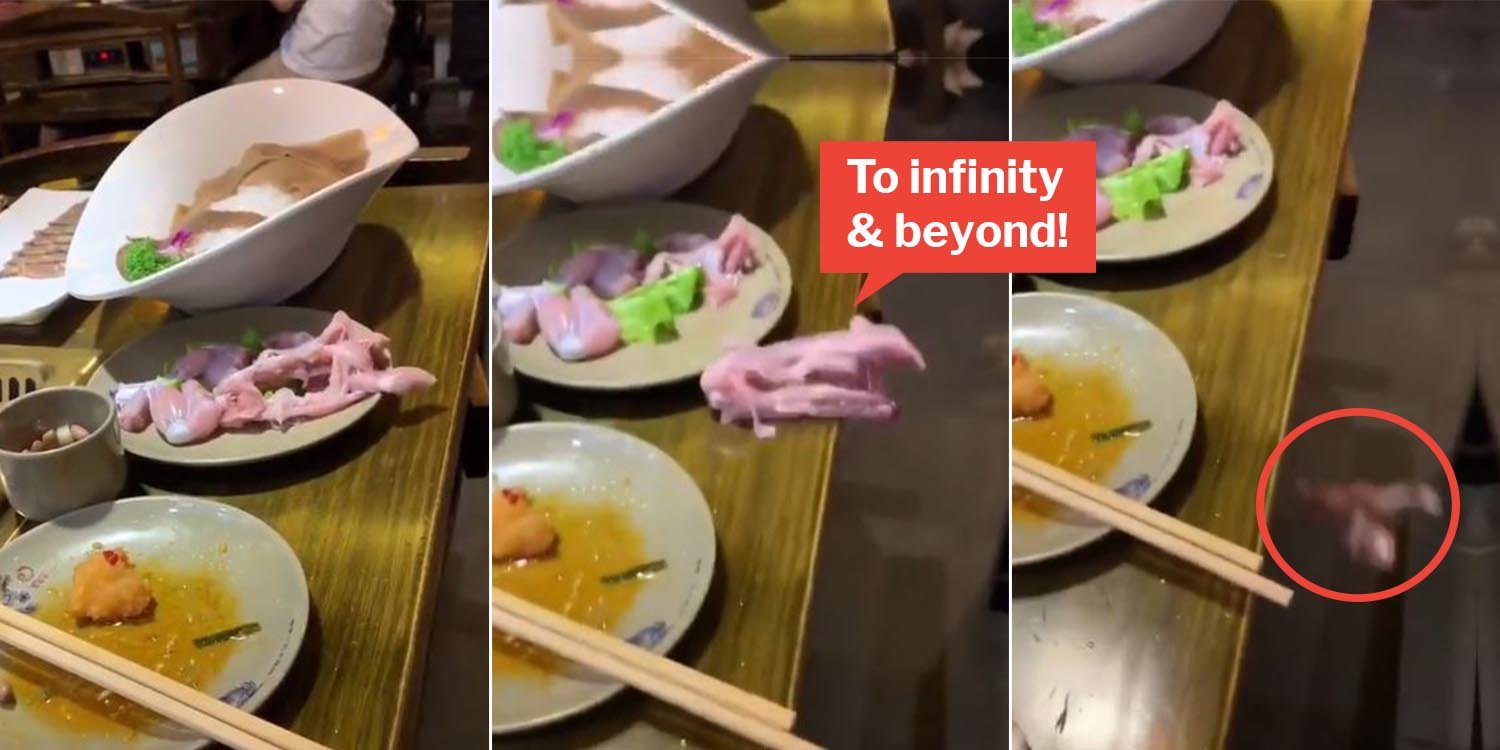 A bizarre and honestly creepy sight has been making its rounds on the Internet among Singaporeans.

In an undated video, a skeletal chunk of meat appears to spasm across a plate set up on a hotpot spread, consequently falling off the table. From the look of the bones, netizens have identified it as a skinned frog carcass that somehow managed to move even after death.

The viral video uploaded on Saturday (15 Jun) has amassed a whopping 87,000 shares on Facebook, 5.7 million views, and thousands of comments speculating on how this phenomenon is possible.

Have a look at the unnerving 7-sec clip yourself, and try to hazard a guess. We explain the science behind the frog’s ‘escape attempt’ after the jump.

Dead frog plots its escape at a hotpot table

The clip begins with a strange flex, a meaty frog carcass appears to spasm of its own accord, flipping itself onto the table where hotpot ingredients are set up.

No details are shared about where or when this event took place, but we can infer from the surrounding ingredients and indent of the hotpot stove that a meal was about to occur.

The dead frog then appears to move once more, as the surprised person behind the camera jerks the frame in surprise.

This time the carcass makes it off the plate and plops squarely onto the wooden table. Diners make no attempt to stop the bizzare piece of meat from completing its escape maneuvers. 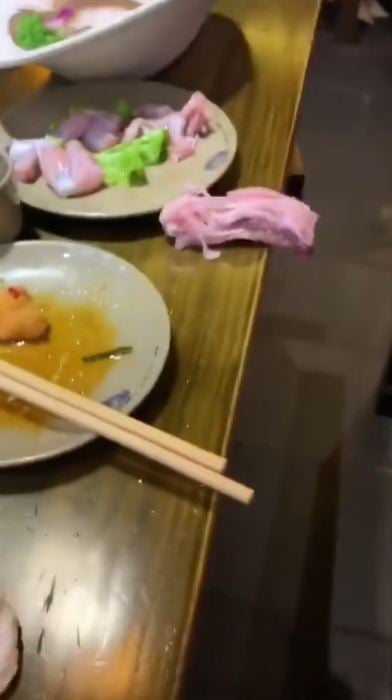 Finally, in a scene straight out of a Stranger Things episode, the hunk of meat leaps off into the great unknown – aka onto the floor – where the clip ends abruptly. 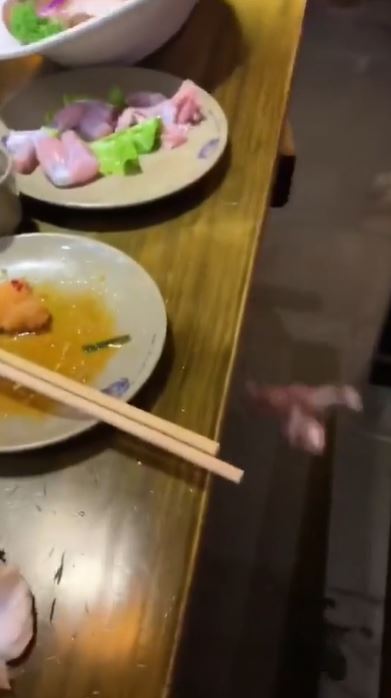 Salt could have caused the bizarre phenomenon

Besides supernatural causes, it’s extremely plausible that there could be a scientific reason why this frog carcass could still move after being skinned.

Reports of skinned frog legs twitching in kitchens do exist, especially after the muscles have come into contact with salt.

As the meat remains fresh, the cells inside them are still intact. This means that the biomechanics of the flesh continue to function, almost as if the frog is still ‘alive’.

Using electricity to activate the unused ATP molecules stored in these cells, allows us to make the carcass twitch, or spasm at will.

So how does salt comes into the picture?

Salt can contain sodium or potassium ions, which can create the “voltage difference” required to cause a similar effect. You can read the full scientific explanation here.

A weird flex, from a dead frog

So the next time you’re at your go-to hotpot place, do watch out for meat that’s so fresh it’s literally leaping off your plate.

Guess you could say it’s just a little salty, that you’re about to eat it.

But as you rest in peace dear amphibious one, know that your valiant efforts to escape have been immortalised on the Internet forever.