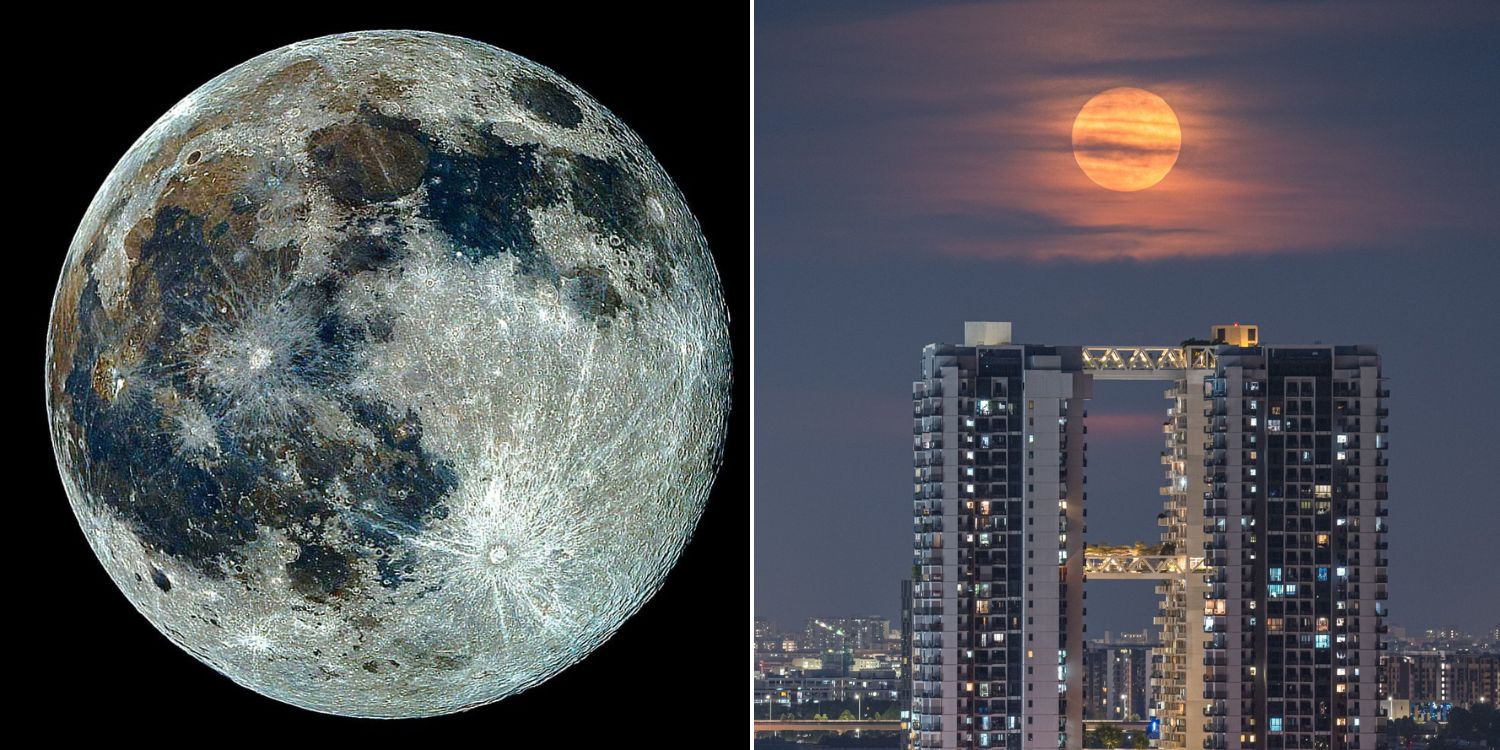 All thanks to the clear skies.

Full Moon On 12 Aug In Sky For Over 12 Hours, Photographer Captures Close-Up With Handphone

On Thursday (11 Aug), people in Singapore were treated to the last supermoon of 2022, also known as the Sturgeon Moon.

Many probably thought that it would be some time before such a sight graced our skies again, but something similar surprisingly cropped up the very next day.

On Friday (12 Aug), the full moon seemed as bright as the Sturgeon Moon.

Better yet, many local photographers managed to get stunning close-ups of the phenomenon.

The Sturgeon Moon on Thursday (11 Aug) was unfortunately marred by cloud cover.

But on Friday (12 Aug), thanks to the much clearer sky, expert photographers shared jaw-dropping shots of the full moon taken that very night in the CloudSpotting & SkySpotting Singapore Facebook group.

One shutterbug named Joe Isabel astonished netizens by sharing a close-up of such sharpness and clarity that each crater on the moon surface could be seen. No, this was not taken by NASA. For those wondering how he managed to do it, he also generously shared his “secret”.

Amazingly, the image was taken with just a Samsung S21 smartphone, hooked up to a tracking mount and eyepiece. Not to be outdone, other photographers also posted similarly breathtaking close-ups, with a Mr Mohd Iszzuan posting crystal-clear moon shots in varying perspectives. He did this with an iPhone 13 and Celestron Astrofi 102 telescope. 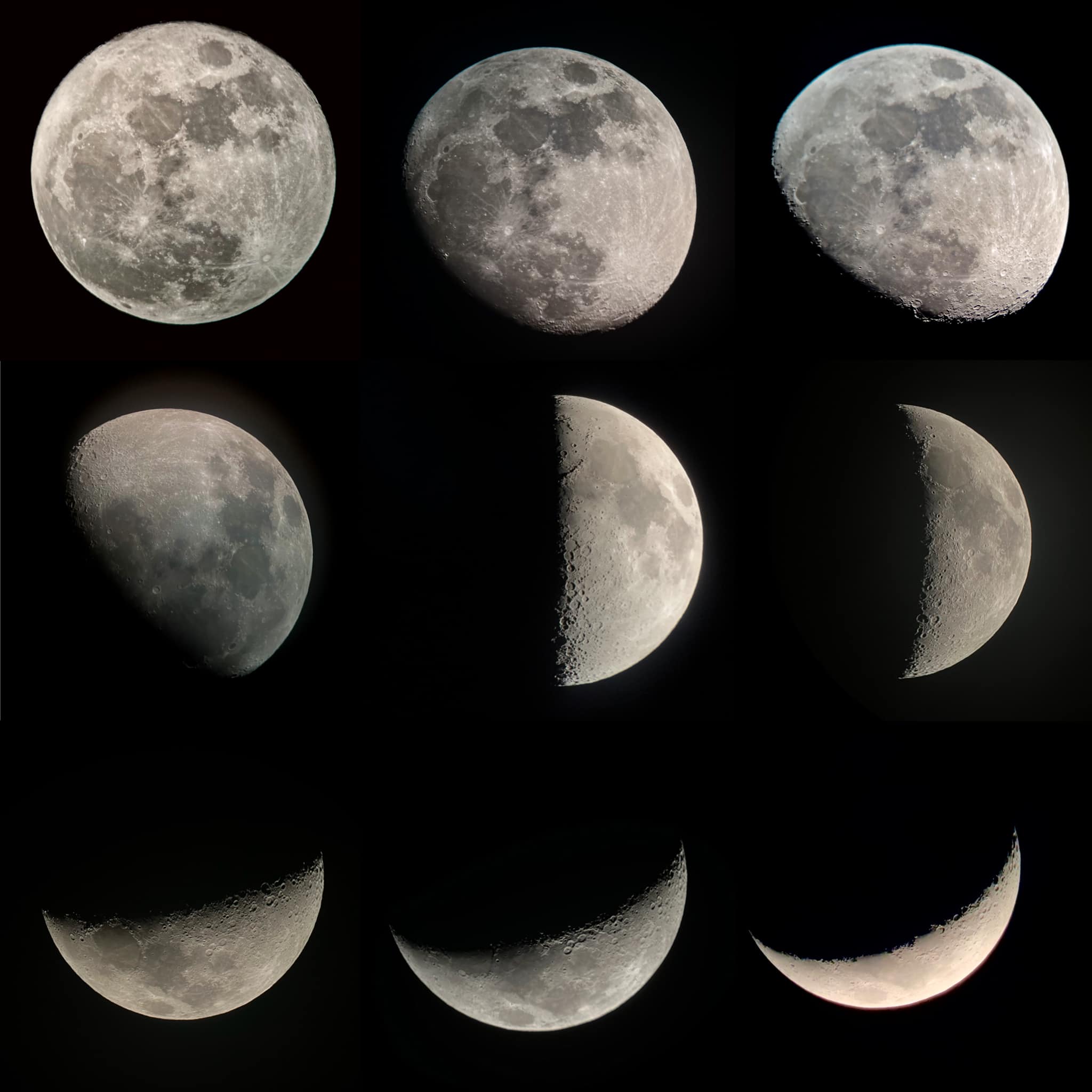 One netizen with the nickname Sengkang Pineapple Tarts posted the seemingly massive full moon behind gawkers at the Marina Bay Sands (MBS) Skypark. 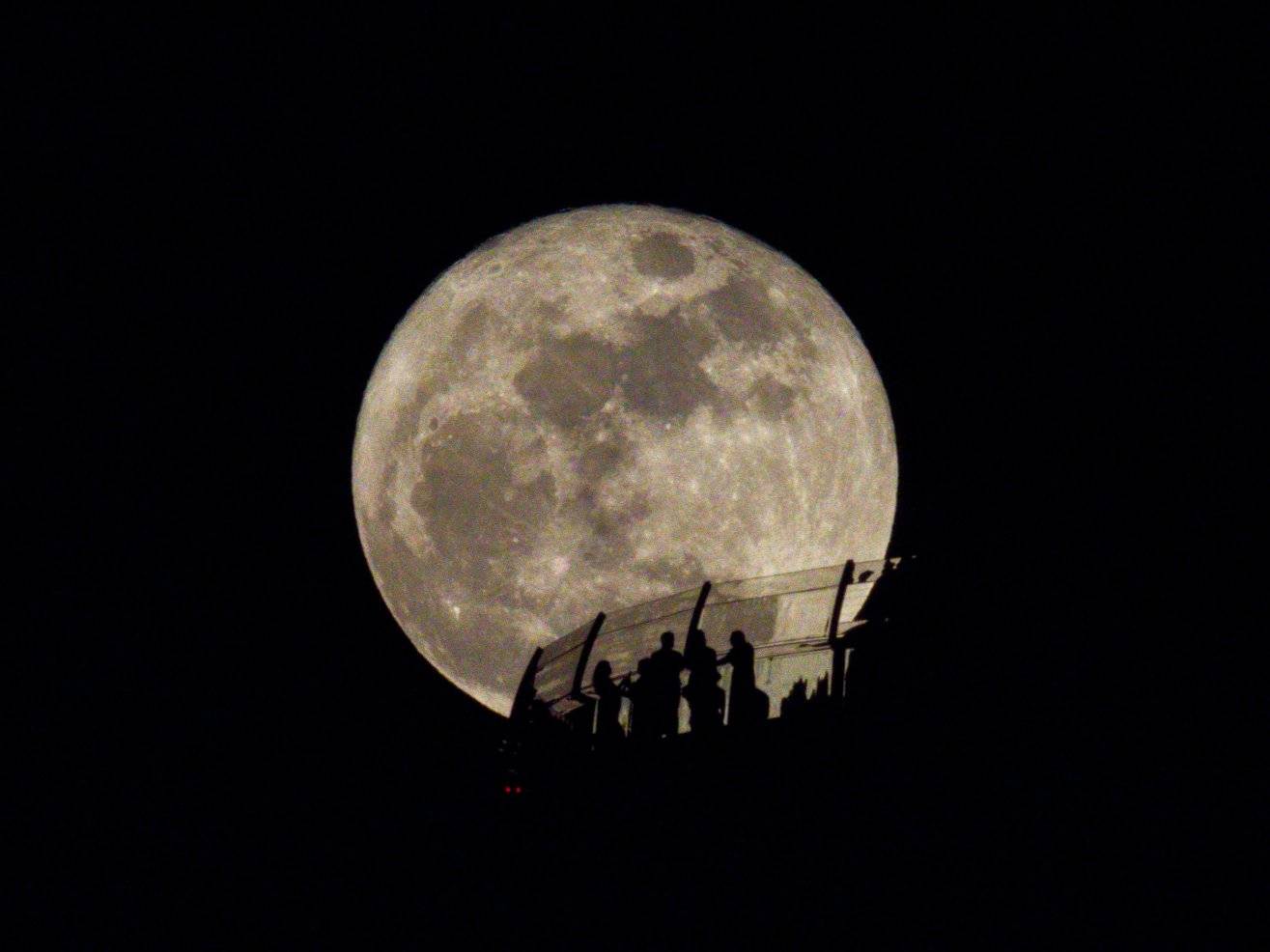 A Ms Irene Toh jokingly compared hers to a “watermelon minus the green and yellow”. 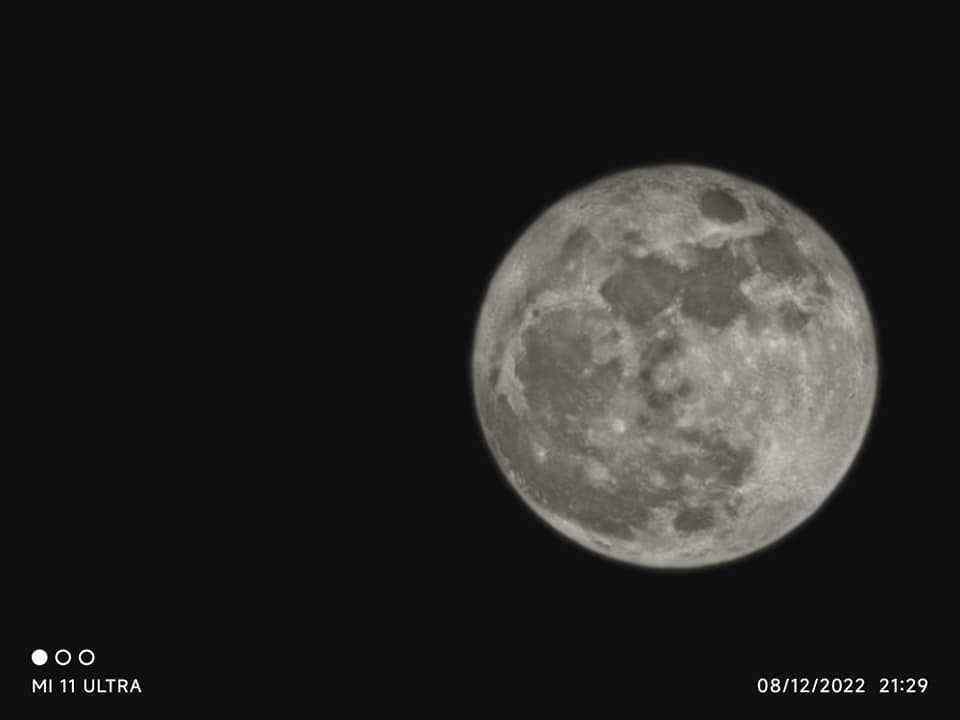 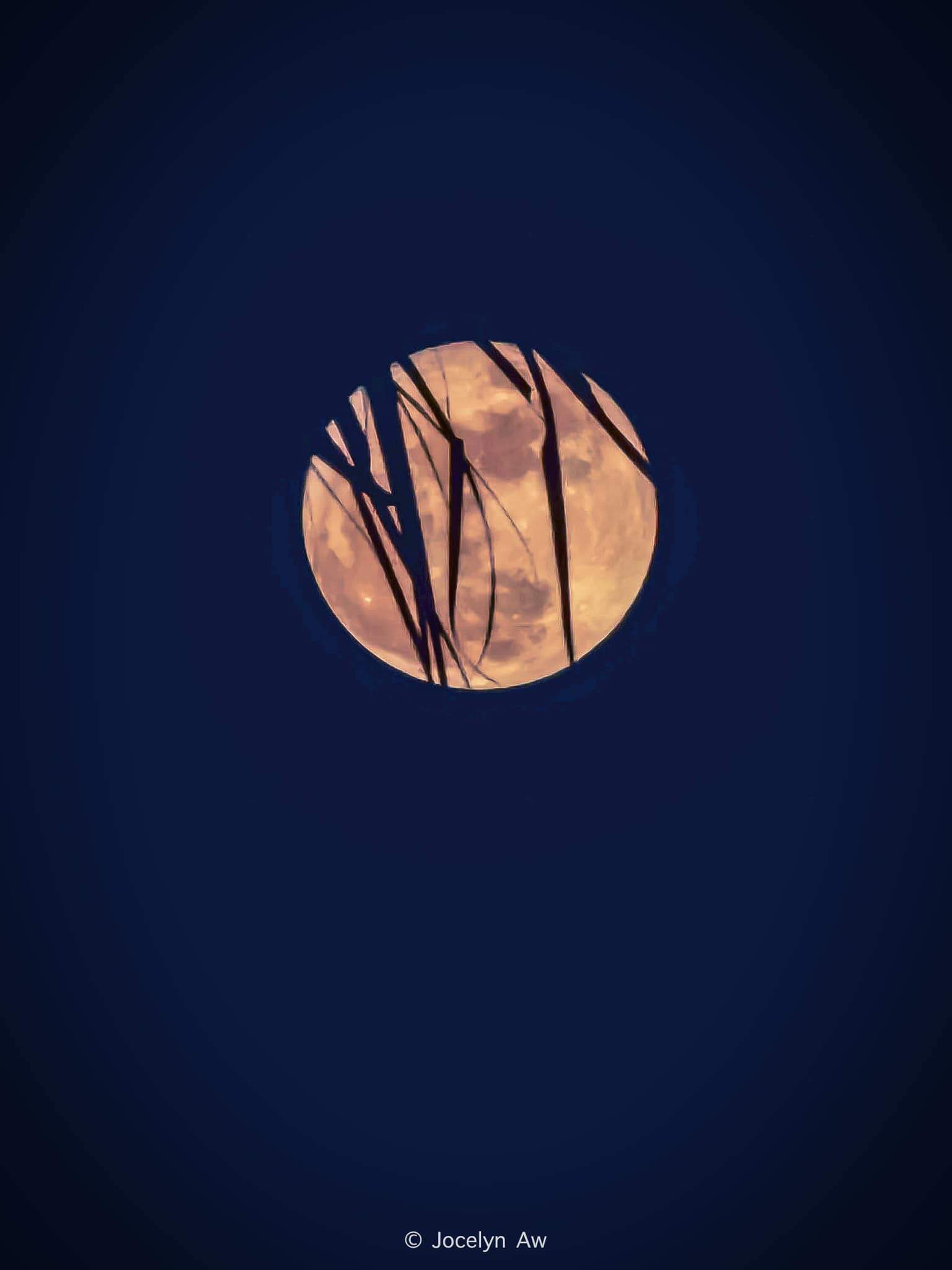 Ms Priyanka Sinha shared photos of the full moon in a fiery shade of orange, changing to a golden hue. 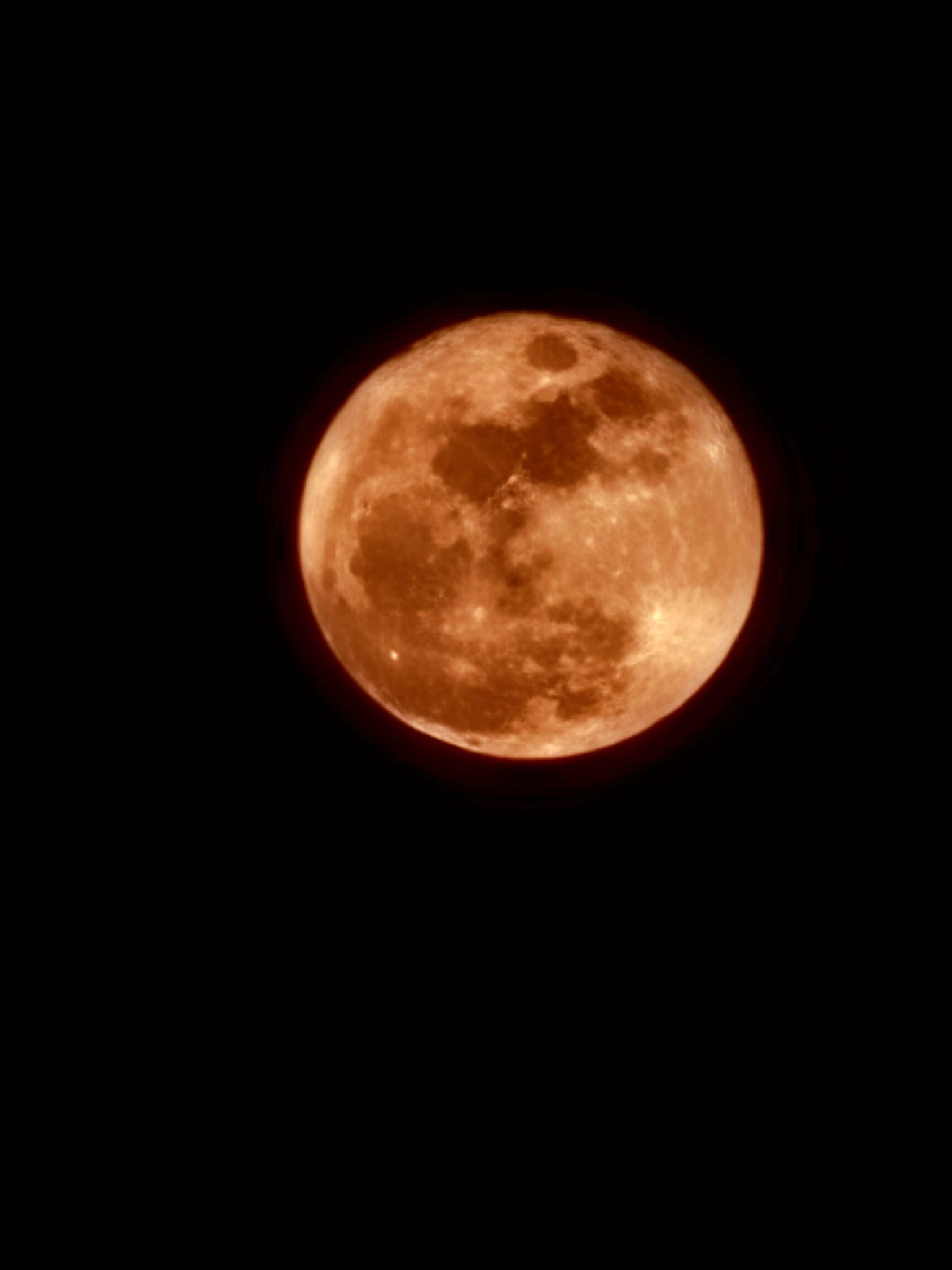 Even photographers who didn’t take close-up shots managed to catch spectacular long shots with the full moon in them.

A Mr Bryan Chihan snagged a surreal scene: the orange full moon slightly obscured by clouds but hanging directly above the Sky Vue condo in Bishan. 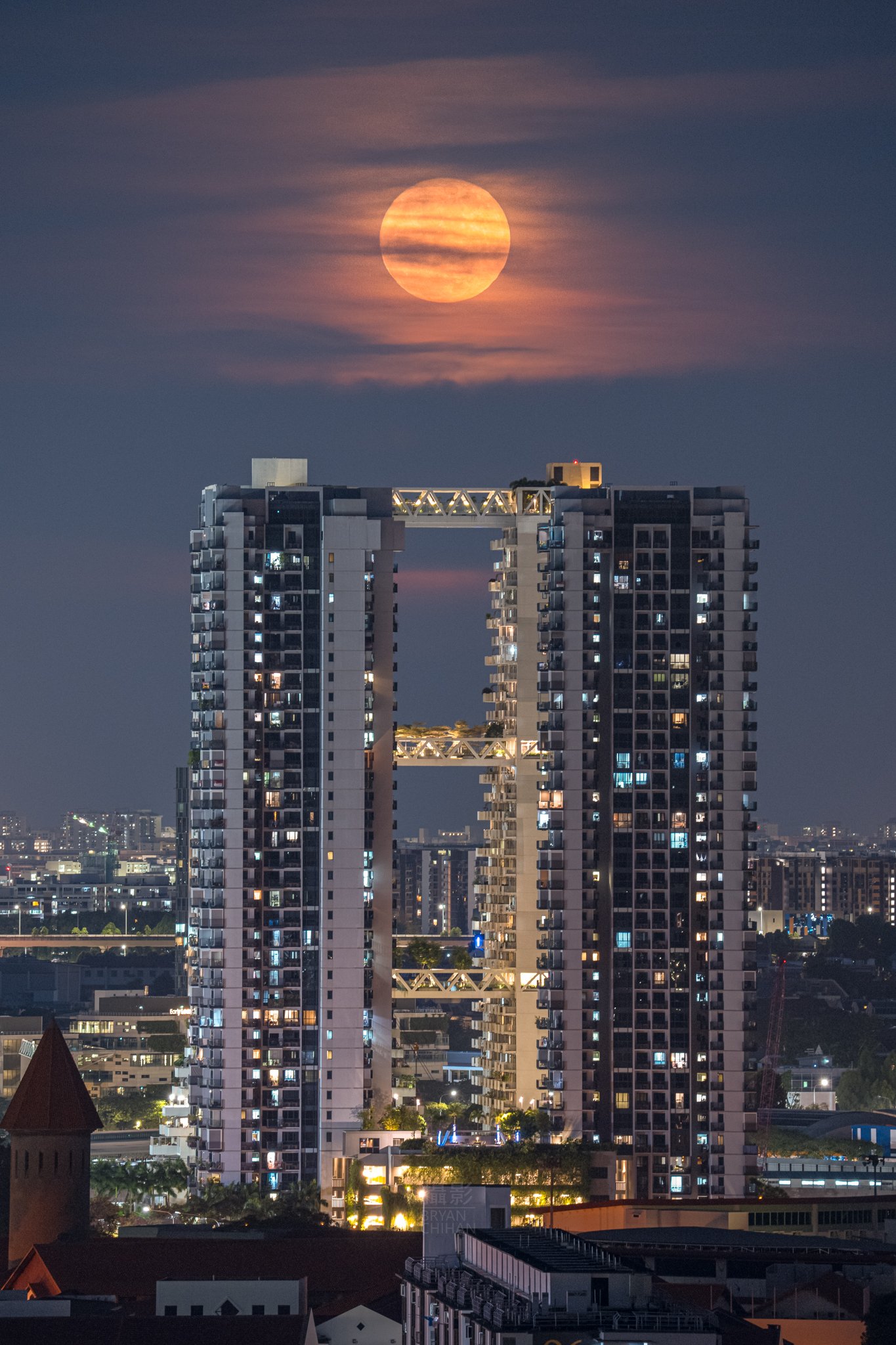 While it’s more common to see shots of Singapore’s cityscape, another netizen named Chee Peng Ong shared a photo of the full moon over ships off the Singapore coast. Netizen Pang Teng Lin topped off a magnificent photo of the Supertrees in Gardens By The Bay with the full moon peeking out from behind one of them. Can you see it?

Ms Sinha proved that she could take long shots just as clearly as close-ups when she posted an otherworldly photo where the “rabbit” in the moon was just as clearly seen as the lights of buildings below. 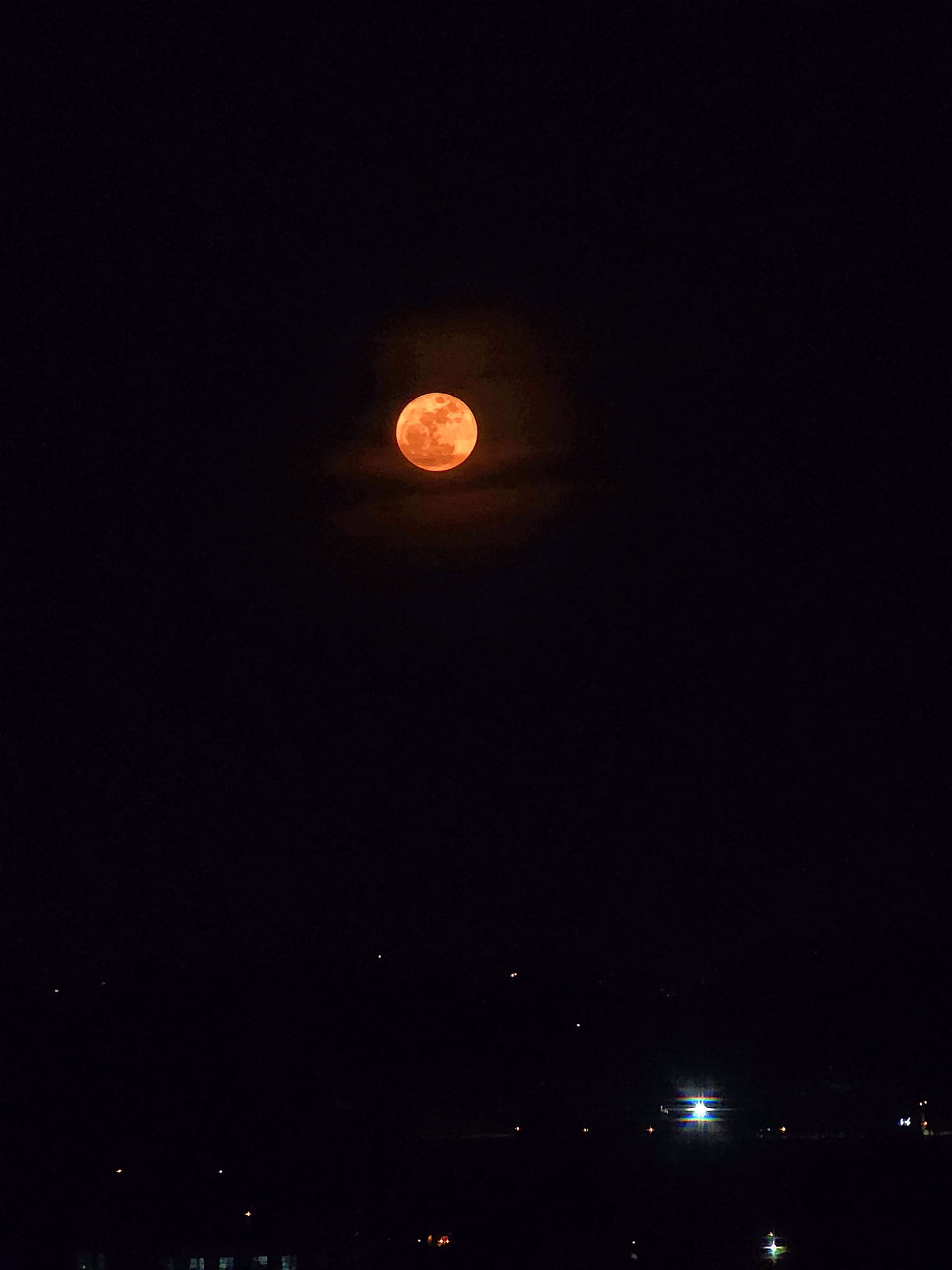 Lastly, while Farzanah Kanaan’s photo taken at a famous Tampines block doesn’t have the sharpness of others’, it does depict the full moon shining bright like a star. 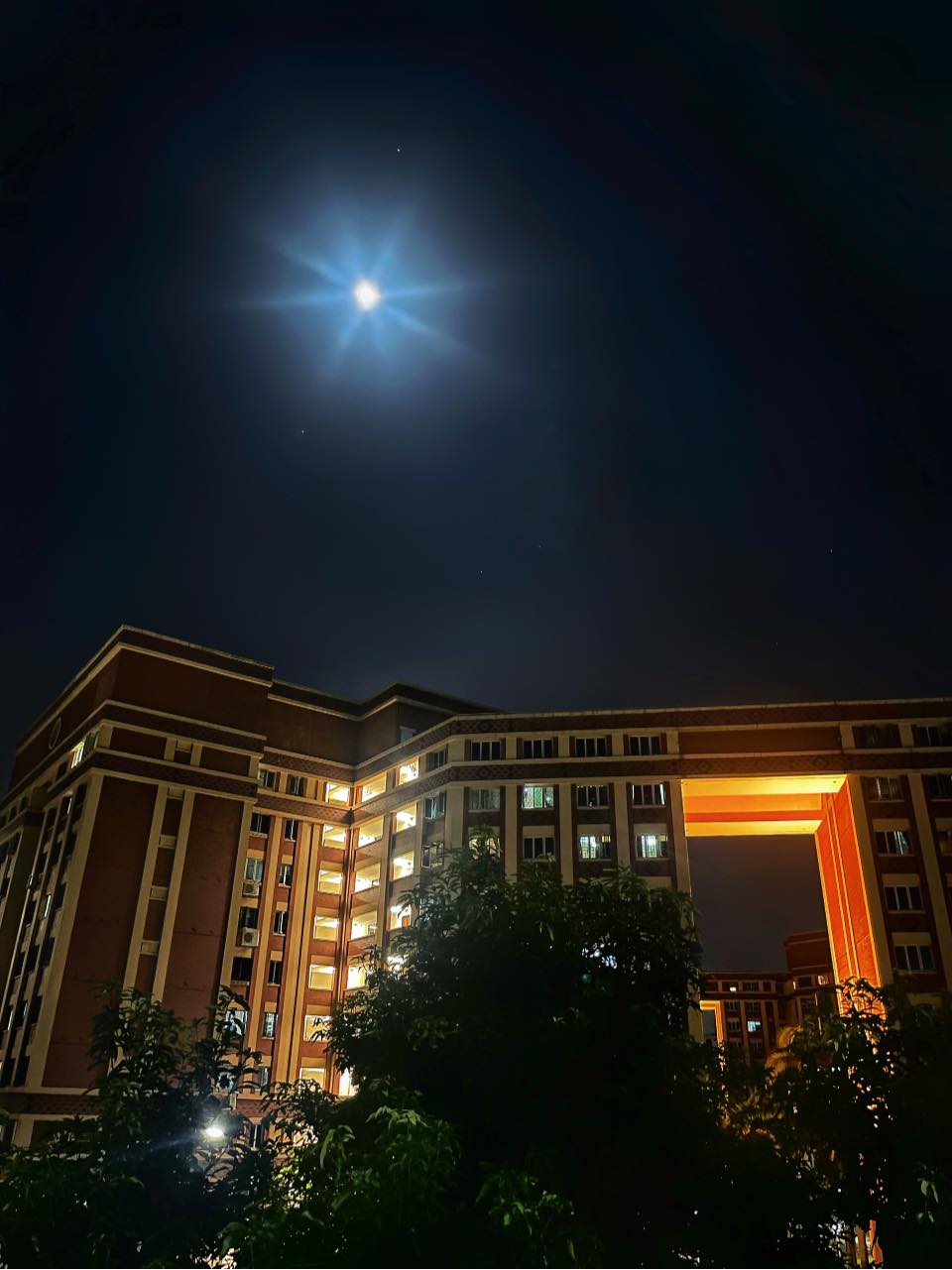 Full moon on 12 Aug almost as bright as supermoon

The full moon on Friday (12 Aug) was predicted to be almost as bright as the supermoon the night before, according to The Straits Times (ST).

It would also stay in the sky for more than 12 hours, with moonrise at 7.40pm and setting at about 8am on Saturday (13 Aug).

In fact, some might also see the planet Saturn nearby, ST quoted the Science Centre as saying.

Indeed, a Mr Alfie Yeo said he caught not only Saturn, but Jupiter as well. 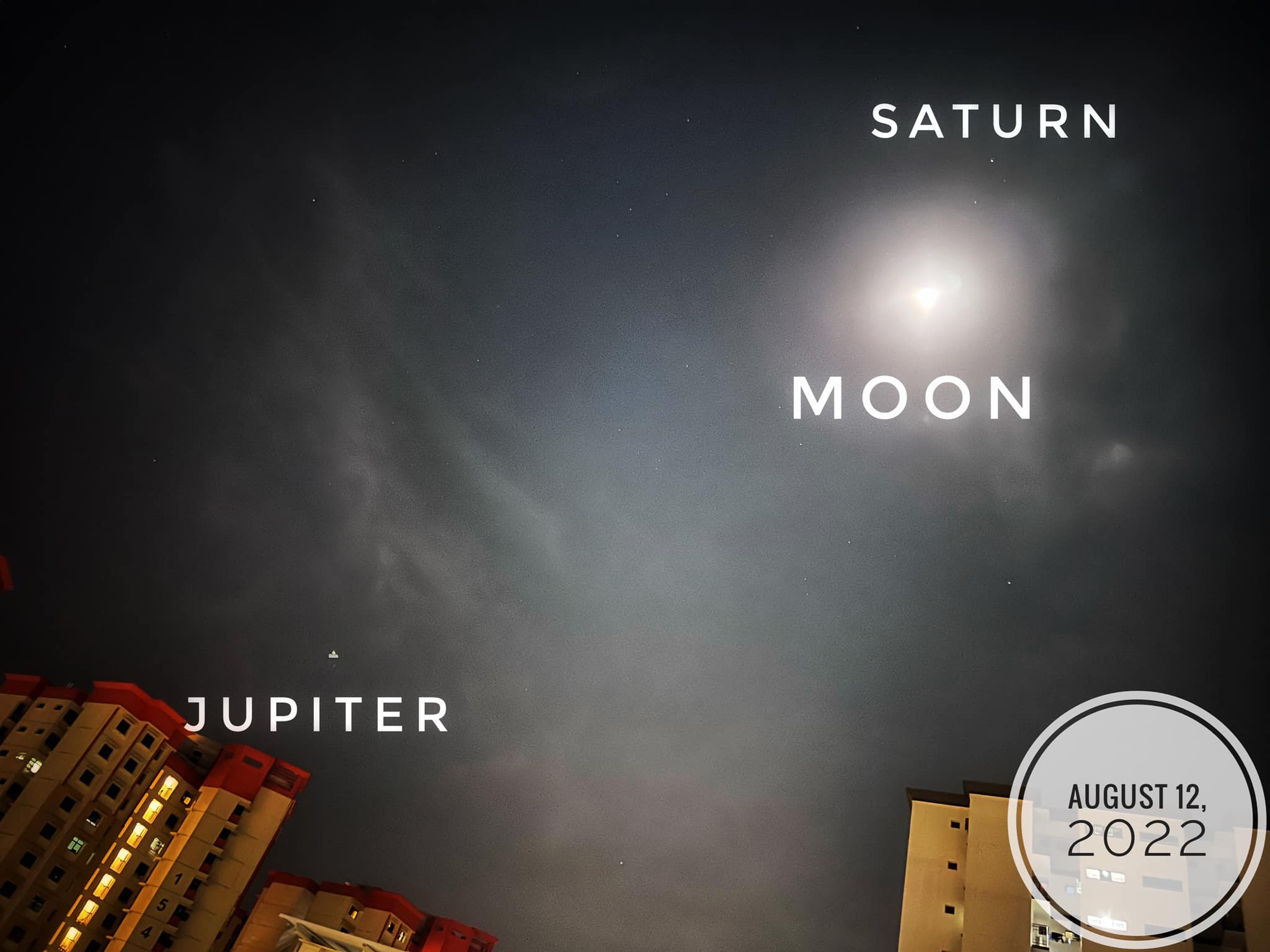 The Science Centre Observatory also said that those who missed out on the supermoon on 11 Aug can catch it on 12 Aug.

However, certain organisations may not define the full moon on 12 Aug as a supermoon as it does not fulfill their definition of a supermoon, they said.

Whether supermoon or just a full moon, we can’t deny that the celestial being on 12 Aug seemed just as bright, if not brighter, than the supermoon.

That’s thanks to the clear skies that were perfect for noon-gazing and getting once-in-a-lifetime photos.

Did you manage to catch the splendor of the full moon on 12 Aug? Do share your photos with us if you have any.