Our DPM schooled in Cambridge & Harvard. 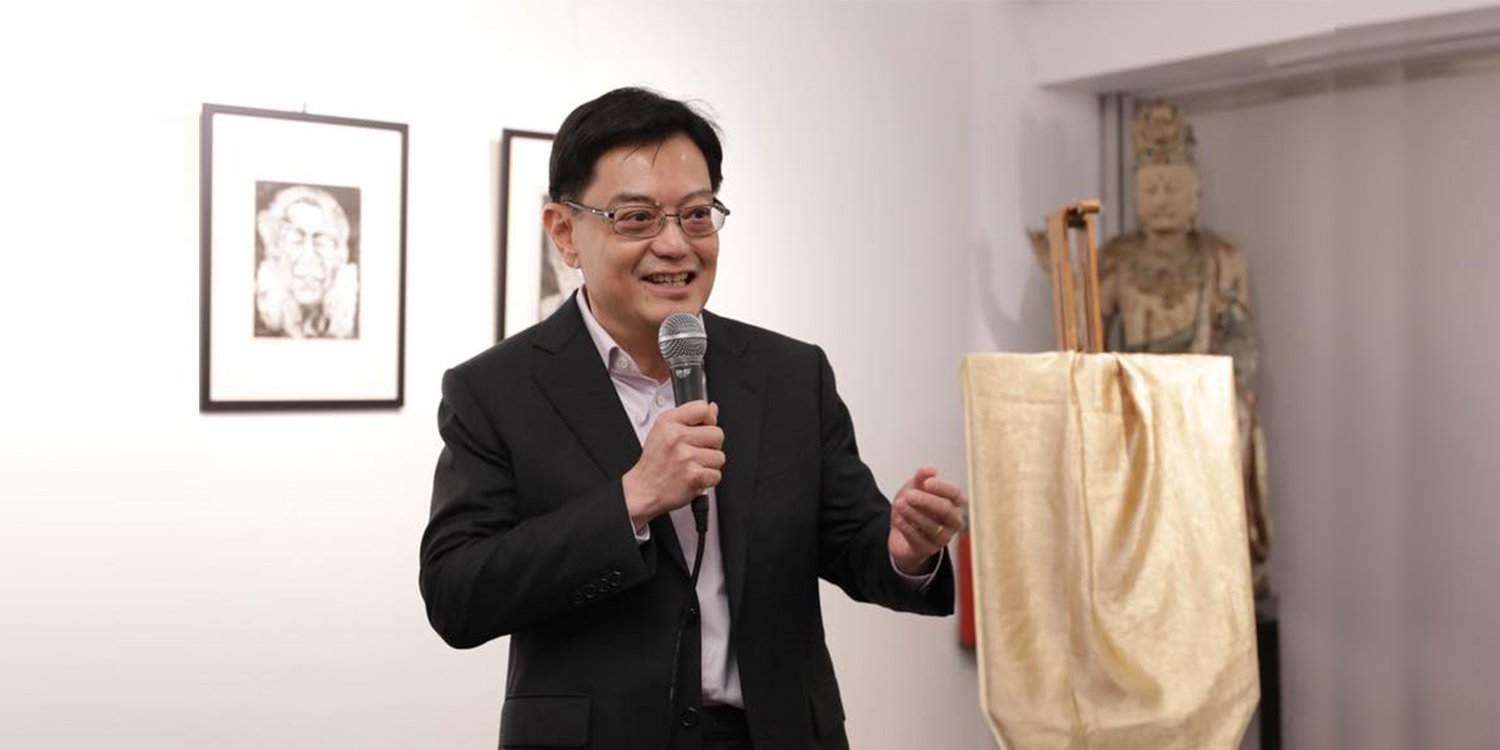 On Thursday (8 Apr), shocking headlines made the news in the evening, as it was announced that he is stepping down as 4G head, and will no longer be in the running to take over the country’s leadership.

He cited reasons like age – he’s 60 this year – and health behind his decision, stressing that the next leader should be someone younger so that they can have a “longer runway” to steer the country forward.

Here are some interesting nuggets we’ve uncovered that so you’ll know him a little better, even if he’s no longer next in line to become the next PM.

1. Grew up in Redhill

DPM Heng spent his childhood years in a kampung near Redhill — a “rather rough neighbourhood” in the 60s.

He juggled multiple CCAs during his schooling years in Raffles Institution (RI), dabbling in the Interact Club, writing for the school magazine, and even playing volleyball.

His classmates bestowed the nickname “Sweat” upon him — clever wordplay on ‘Swee’ and ‘Keat’, while hinting at his sweet but hardworking nature.

2. Served with our boys in blue

Unlike other ministers who were forged in fire as generals in the Army, DPM Heng took a different route — he served in the Singapore Police Force (SPF). 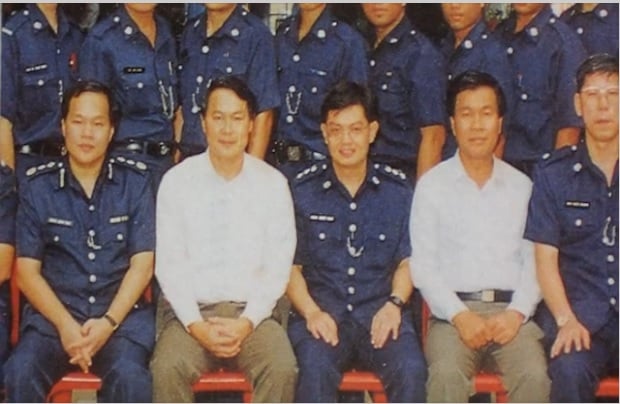 In fact, DPM Heng was the proud recipient of a prestigious SPF Overseas Scholarship upon completing his A levels.

After returning from his studies, he rose quickly from the rank of a constable to Assistant Commissioner of the Police.

DPM Heng has pretty impressive educational credentials to back up his claim to the position too.

He’s collected qualifications from 2 of the most prestigious universities in the world. 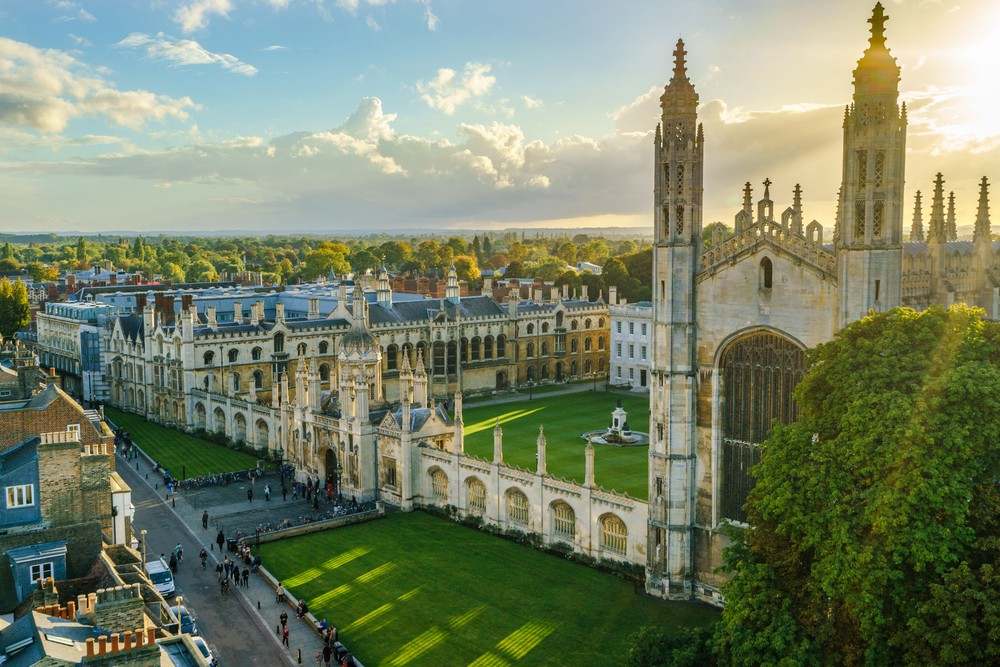 In 1983, he completed his Economics degree from Cambridge University in the UK.

10 years later, he attained a Masters of Public Administration from the John F. Kennedy School of Government at Harvard University in the US. With academic qualifications from both Cambridge and Harvard, his resume looks rock solid.

Then again, being a good DPM isn’t just all about being able to hit the books. You’ll have to hit the benchmark for required work experience as well.

4. Was managing director of MAS before joining politics

Before venturing into politics, DPM Heng served as the Managing Director of the Monetary Authority of Singapore (MAS) from 2005 to 2011. 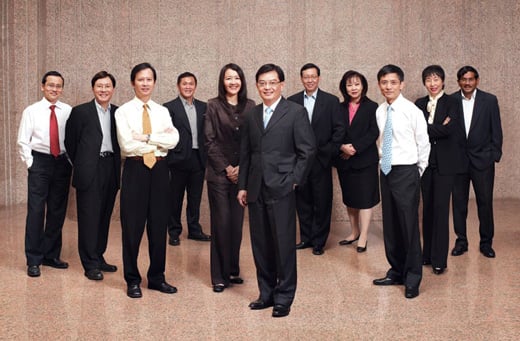 He was even crowned ‘APAC’s Central Bank Governor of the Year’ in Feb 2011 by the English magazine, The Banker.

Upon joining PAP as a candidate for Tampines GRC in GE 2011, ESM Goh Chok Tong tipped DPM Heng as a potential minister and core member of Singapore’s 4G leaders.

He then went on to serve in these ministerial positions:

On Nomination Day for GE2020, DPM Heng took the Internet by storm with his accidental blip in delivering his vision for East Coast constituents — the titular East Coast Plan.

So much so that there were stickers made to commemorate it. The stickers were so popular that it helped a soup kitchen raise funds to buy a new van.

Having served as our Finance Minister, DPM Heng isn’t one to be fazed by ‘unpopular’ decisions for the greater good of the country. 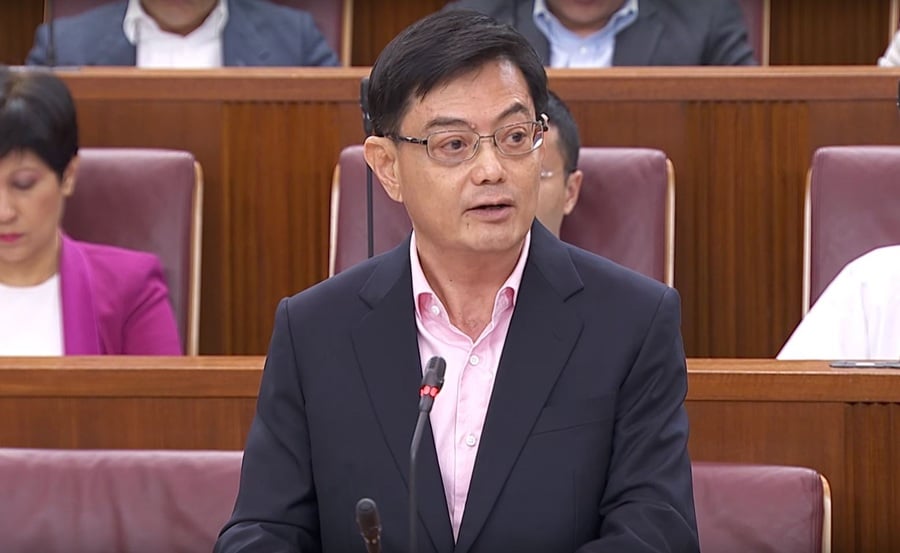 Despite knowing that most Singaporeans wouldn’t welcome the decision, DPM Heng justified the move as one that was necessary for the future.

7. Dedicated to his work

After suffering a stroke in May 2016, DPM Heng was in a coma for 6 whole days.

The first thing on his mind upon awakening from the coma? Work.

Despite not being able to talk, he scribbled on a note,

Is there a Cabinet meeting today? Where are the papers?

DPM Heng ended up spending 6 weeks in Tan Tock Seng hospital due to his stroke, but promptly resumed his duties as Finance Minister just 3 months later. 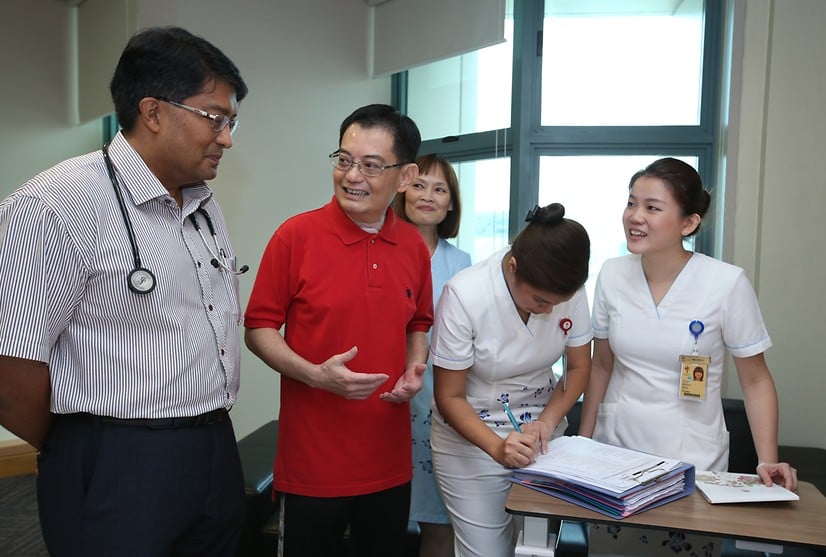 Talk about a man who’s dedicated to his work.

8. Met his wife at Cambridge

DPM Heng is married to Madam Chang Hwee Nee, who’s CEO of the National Heritage Board. They are the proud parents of a son and daughter. He met her while studying at Cambridge, while Madam Chang was on a President’s Scholarship. Their mutual love of films soon blossomed into a committed relationship with each other. We’ve trawled through DPM Heng’s social media account and uncovered this. It appears that he’s secretly talented in music.

Just look how happy he is strumming on the guitar. 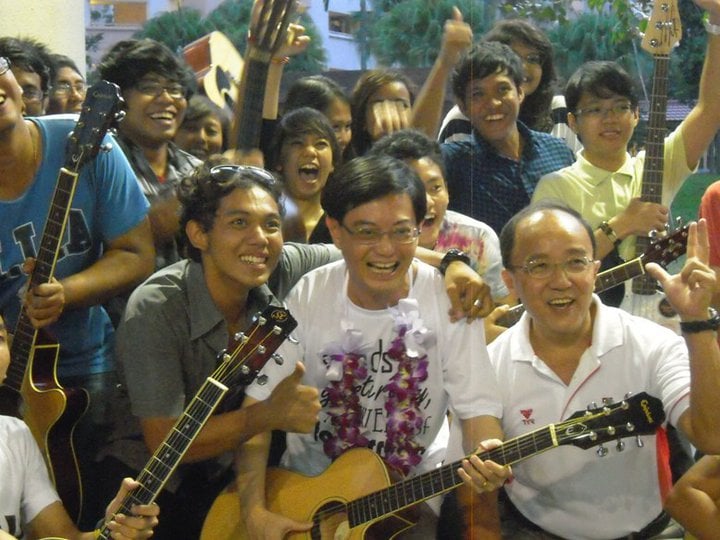 He looks pretty natural on percussion with a mini Talempong too! 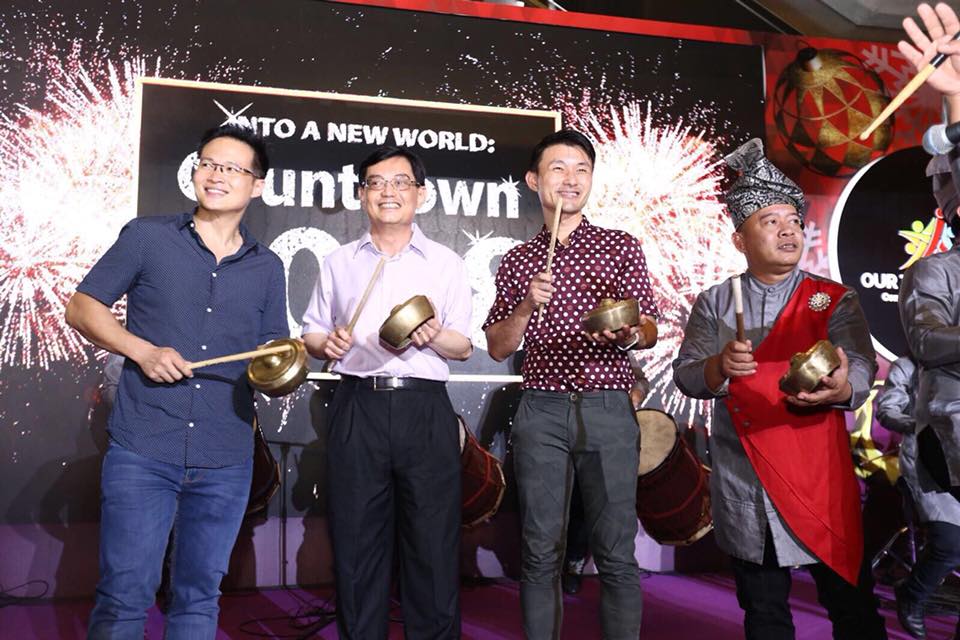 While DPM Heng suits up for work in the standard suits and ties, he appears to have a particular liking for batik shirts.

He was spotted in one during a Hari Raya event at Our Tampines Hub. 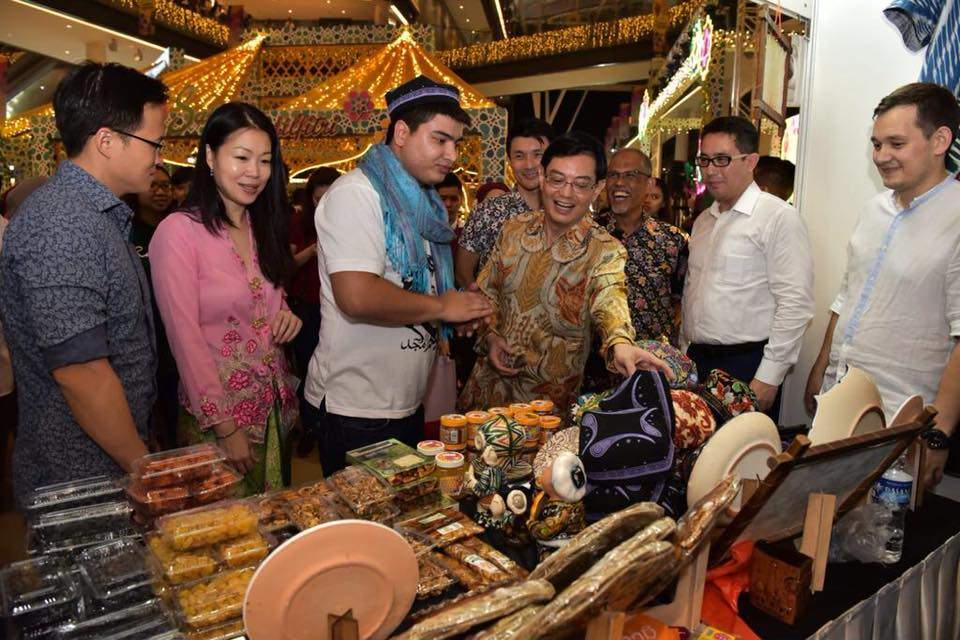 Here he is clad in the exact same shirt while having a casual conversation with a durian seller. And if DPM Heng had a signature colour, we’d guess that brown would be a clear choice. He recently attended an awards ceremony rocking yet another batik shirt. 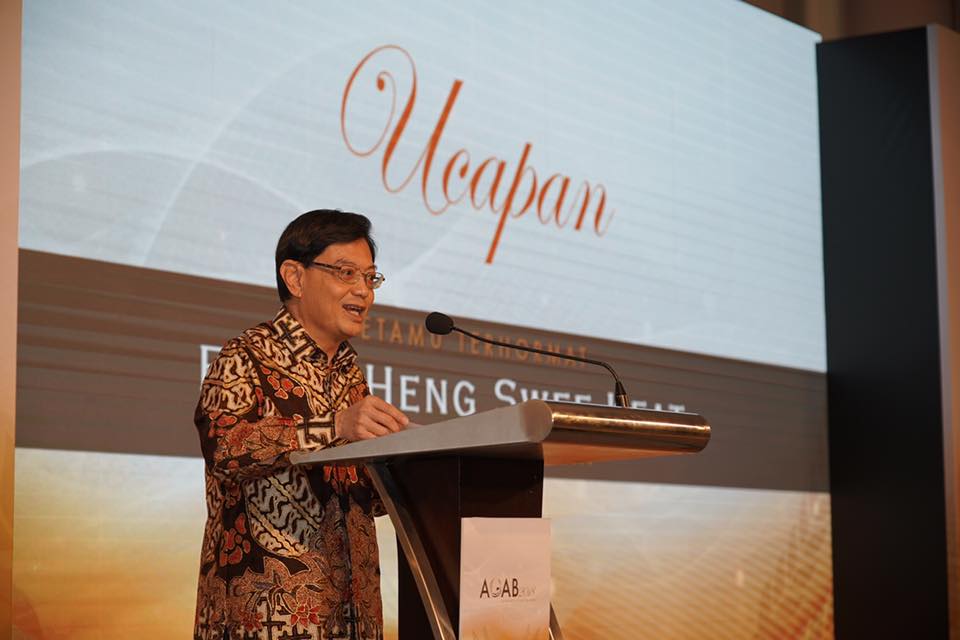 At a PAP rally in Tampines, he was seen delivering a speech in Hokkien and Mandarin fluently.

Definitely a handy language to reach out to our Pioneer generation. 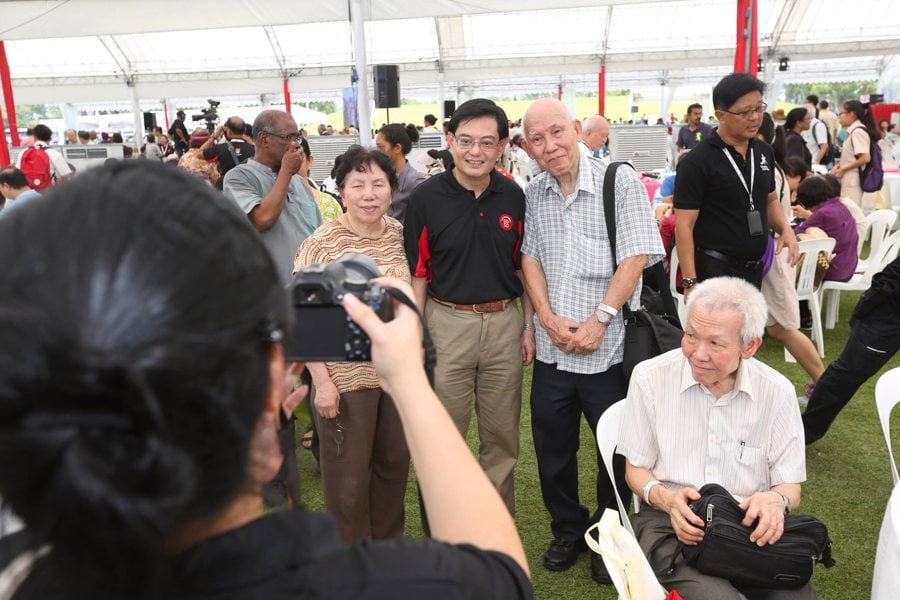 Having served under the late Mr Lee Kwan Yew as his Principal Private Secretary, DPM Heng was understandably emotional during his passing in 2015. 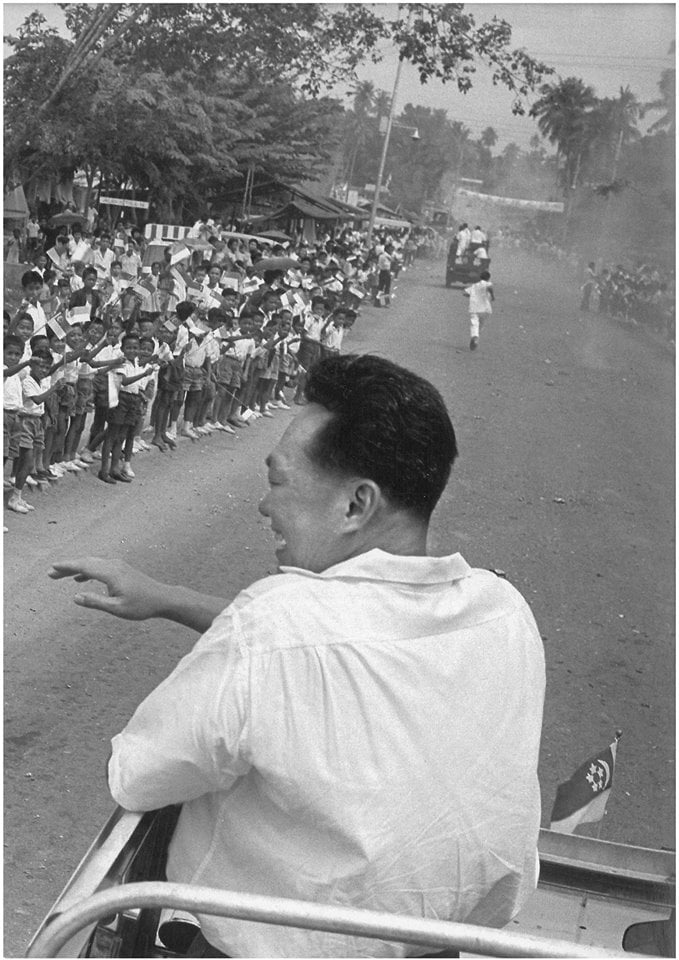 He paid tribute to Mr Lee by writing a touching eulogy on his Facebook page, and posting this poignant photo of Mr Lee and his late wife. 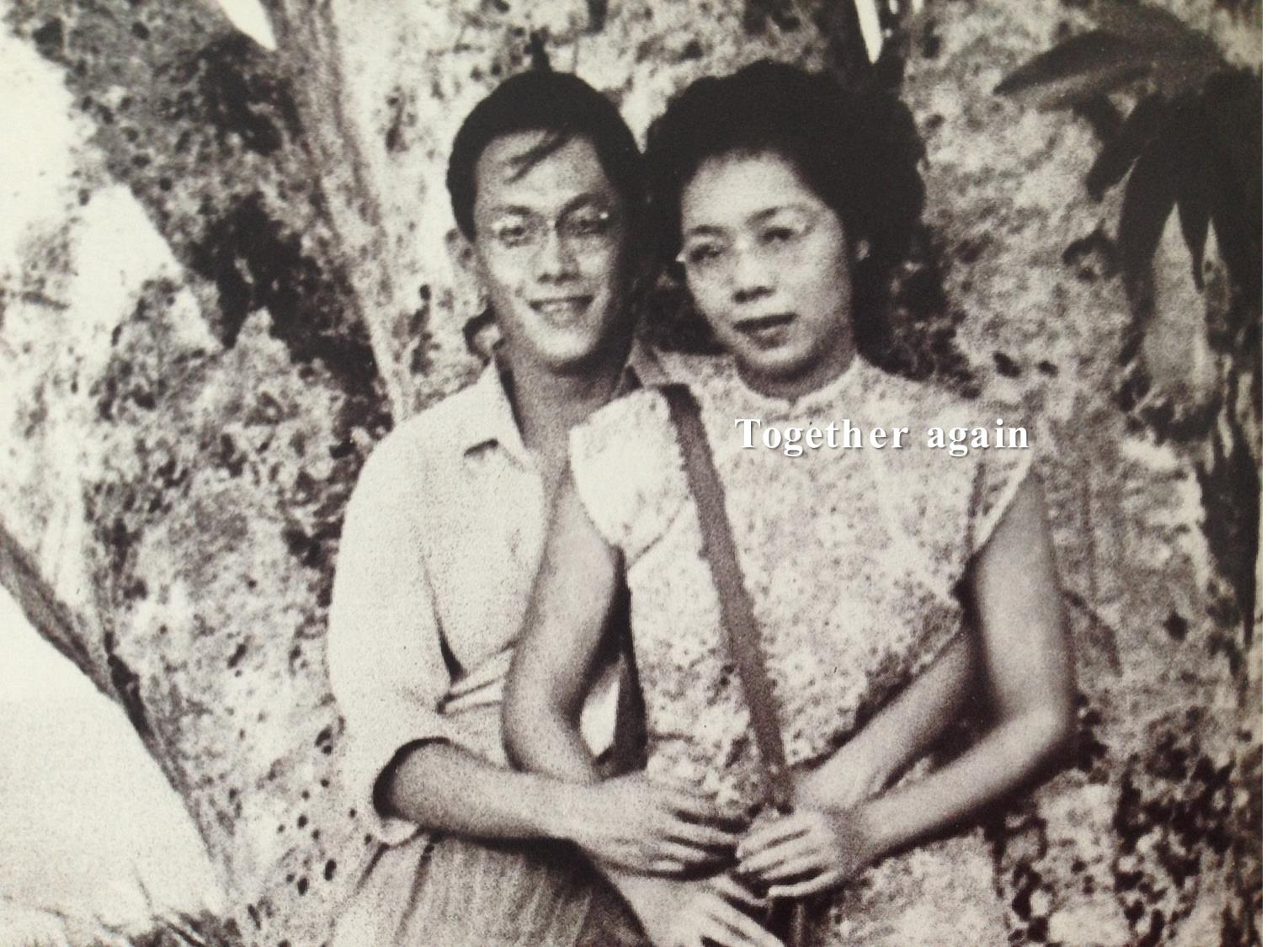 In DPM Heng’s own words,

For Mr Lee Kuan Yew, Singapore has been a lifelong preoccupation. Mr Lee’s deep and abiding belief is that who we are as Singaporeans will shape the kind of future that we will have.

The eulogy clearly resonated with Singaporeans and received over 1,700 shares.

Thank you for your memorable Budget speeches, sir

DPM Heng’s decision came as a shock to many. After all, much has been said and done regarding his succession plans in becoming the country’s leader one day.

It’s not known who’s next in line for now, as the 4G team expressed that they will need some time to determine their successor.

Until then, we wish DPM Heng all the best in his endeavours. Thank you for giving us many memorable Budget speeches, sir.

Have new you must share? Get in touch with us via email at hello@mustsharenews.com.