Huge Python Caught In Jurong West, 3 Men Struggle To Get It Into A Sack 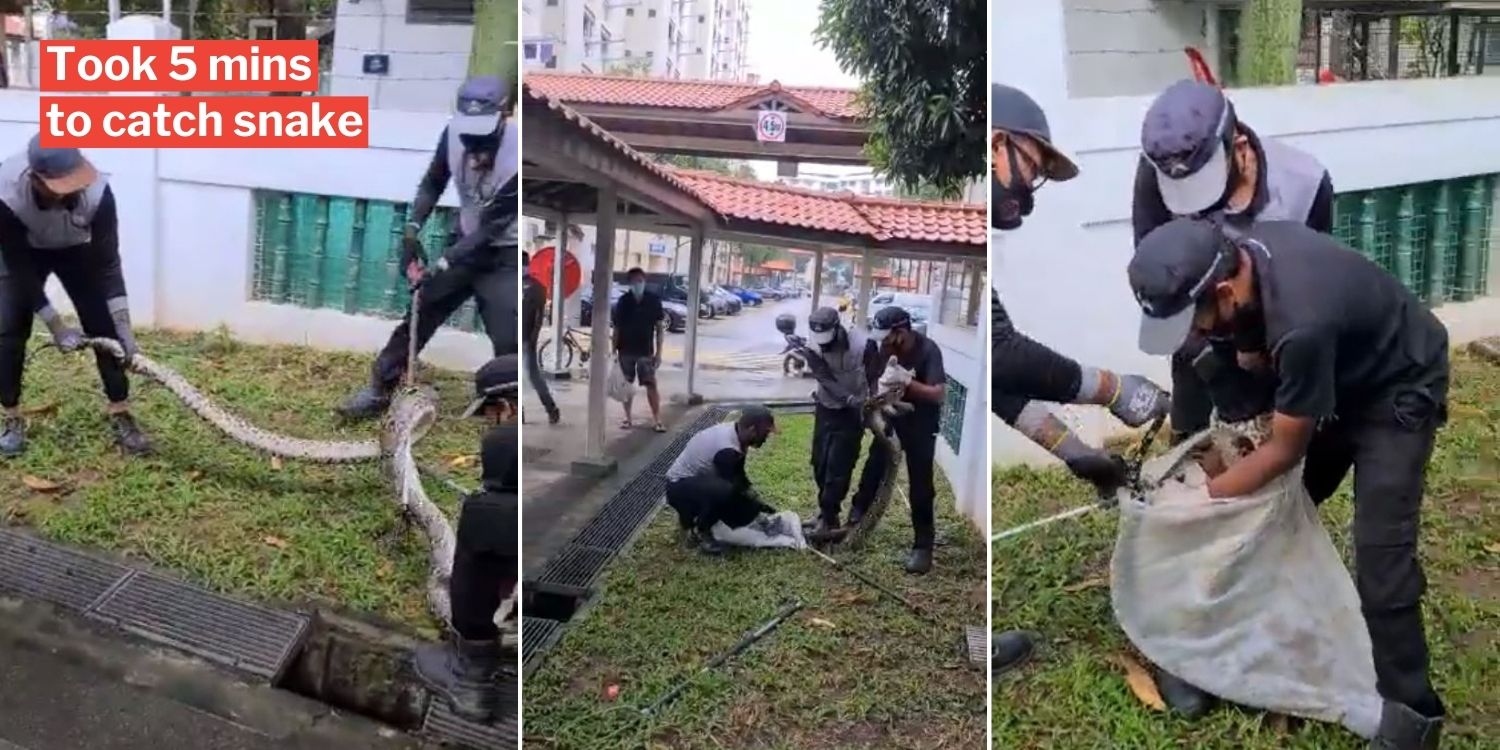 Jurong West Python Was So Huge, 3 Men Took Over 5 Minutes To Capture It

Wild animal sightings have been fairly regular in Singapore lately, with people spotting creatures like otters and hornbills around.

Such instances are often pleasant surprises, but not so much when you spot something like a python, which several people did in Jurong West yesterday (6 Sep). 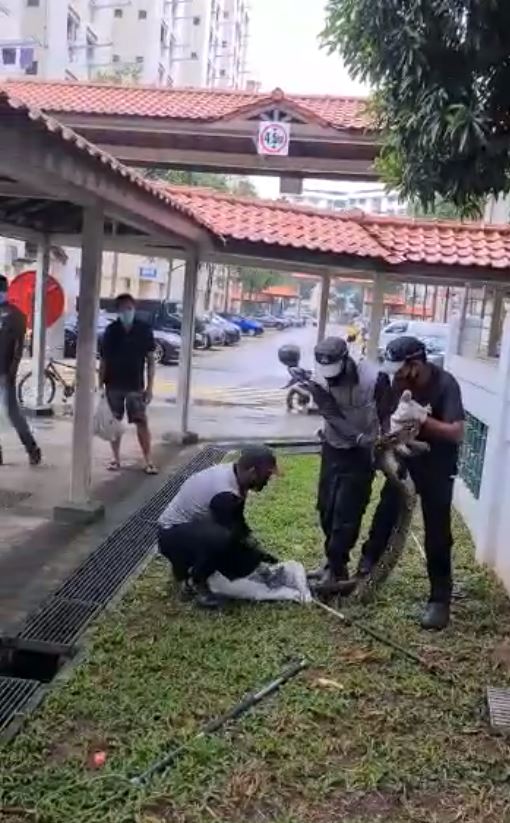 The reptile was so massive that 3 men took a good few minutes to capture it.

Measuring up to a few metres, pythons aren’t the most discreet creatures that could slither past us unnoticed.

Often, they’d be lurking in thick foliage or obscure drainage pipes, until their appearance in more common areas catch the eye of an alert observer.

One particular python was unfortunately spotted in a public drain between a concrete path and grassy patch yesterday (6 Sep). A member of the public likely called for help, and 3 men in caps showed up at the scene, ready to move the snake to a safer spot.

Picking the snake up and out of the drain was no big issue, as one man swiftly did so using a nifty snake tong.

Once out in the open, however, the snake visibly resisted capture, as the same man held its head, another its tail, while the third reached for a sack to hold it in. 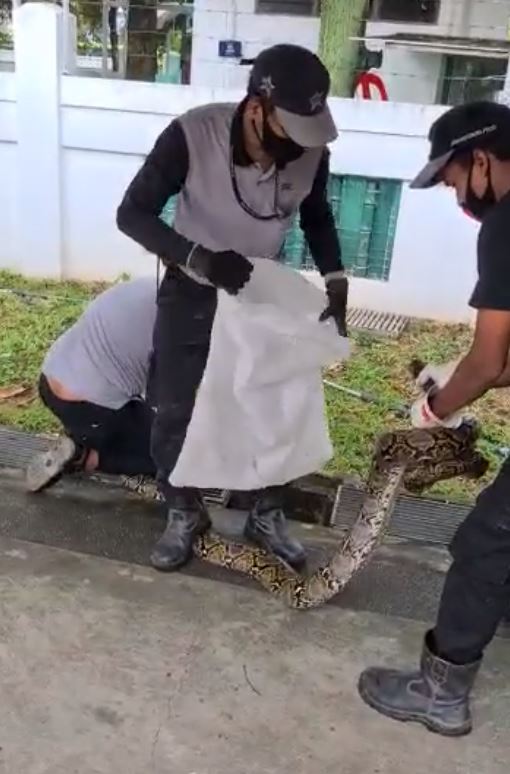 Even after they managed to fit most of the snake’s long body in, it kept sticking its tail out, perhaps in a bid to escape. 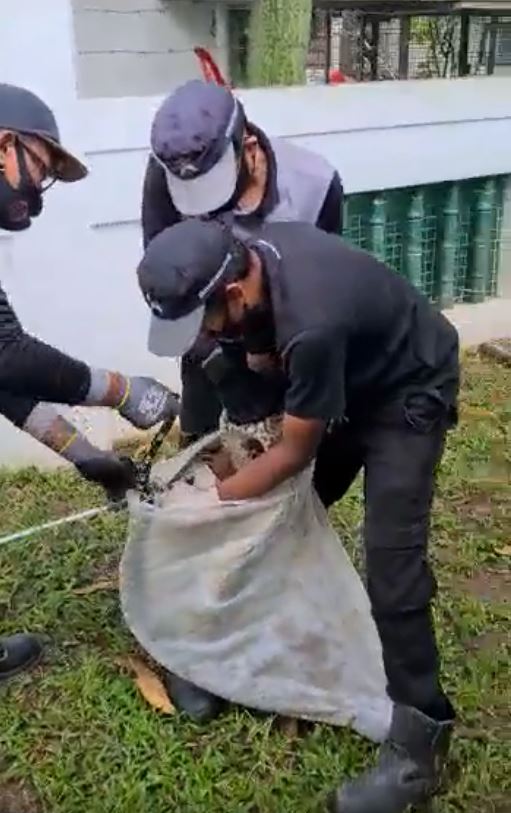 Several minutes of wrestling with the huge, slithery reptile finally paid off when the men succeeded in fitting it into the sack, before quickly scrunching up the opening.

They then secured the top with a cable tie to stop the python from escaping, sealing the tedious operation.

Be careful when you spot a python

According to Facebook user Rafi who shared the video, the incident happened near Blk 457 Jurong West Street 41. 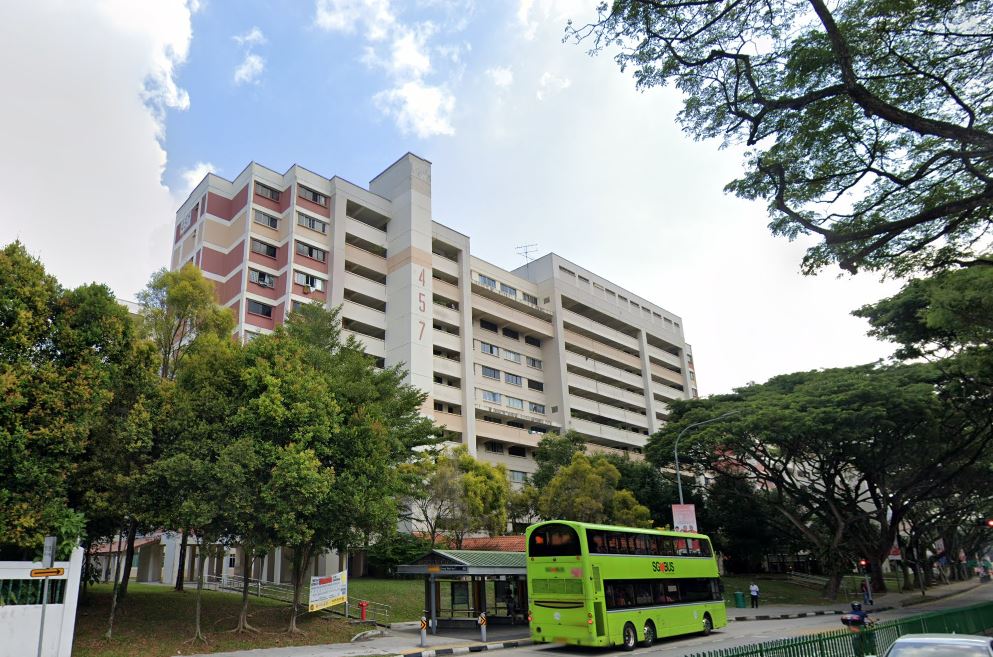 You can watch the full video of the capture here. Based on the duration, the entire procedure took a little more than 5 minutes, proving just how massive the python was.

Remember, you’re safe as long as you remain calm, so maintain your composure and get help immediately.