This National Day might feel a little subdued as the parade has been postponed due to the Phase 2 Heightened Alert restrictions.

As Singaporeans can’t dine out or gather in groups, and won’t even have fireworks to watch, we might be wondering what we can do on the public holiday.

Why not spend the night walking around town gazing at the lights? 7 buildings will be in red and white to mark Singapore’s 56th birthday. It’s also a good chance to get to know some of our lesser-known buildings, as some of those featured may not be as familiar to some.

In a Facebook post on Saturday (7 Aug), Deputy Prime Minister Heng Swee Keat revealed that the light-up is part of an initiative by the National Heritage Board (NHB).

The lighting up of the 7 historical buildings this year remind us of the “solidarity of the part, and the fortitude and resilience needed to emerge stronger from this crisis”, he added.

They’ll be lighted up every night in Aug between 7.30pm-12am. Here are the 7 buildings:

The inclusion of the National Museum is probably the least surprising, given its prominent location on Stamford Road.

It’s been the centrepiece of many light-ups, including dearly missed events like the Singapore Night Festival that have been sadly suspended due to the pandemic. 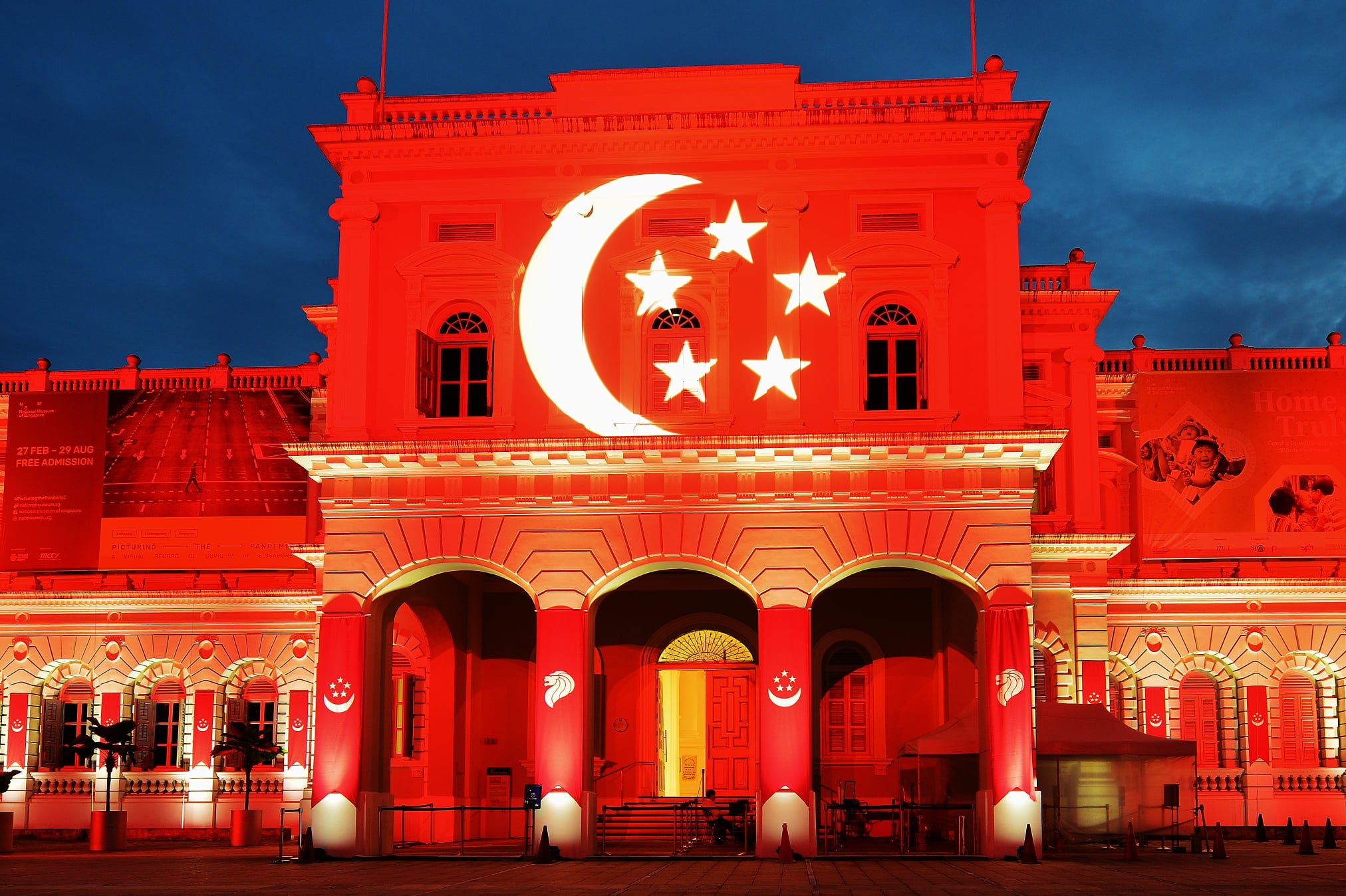 Perhaps looking at the patriotic display will help us relieve the good times we spent at pre-Covid events there.

2. Cathedral of the Good Shepherd

Just a stone’s throw away from the National Museum is the Cathedral of the Good Shepherd, the oldest Roman Catholic church in Singapore. It’s still holding services, so perhaps you may catch one subject to capacity limits for safe distancing, of course.

Located opposite Funan mall is the Central Fire Station, famous for its distinctive red and white-painted façade. 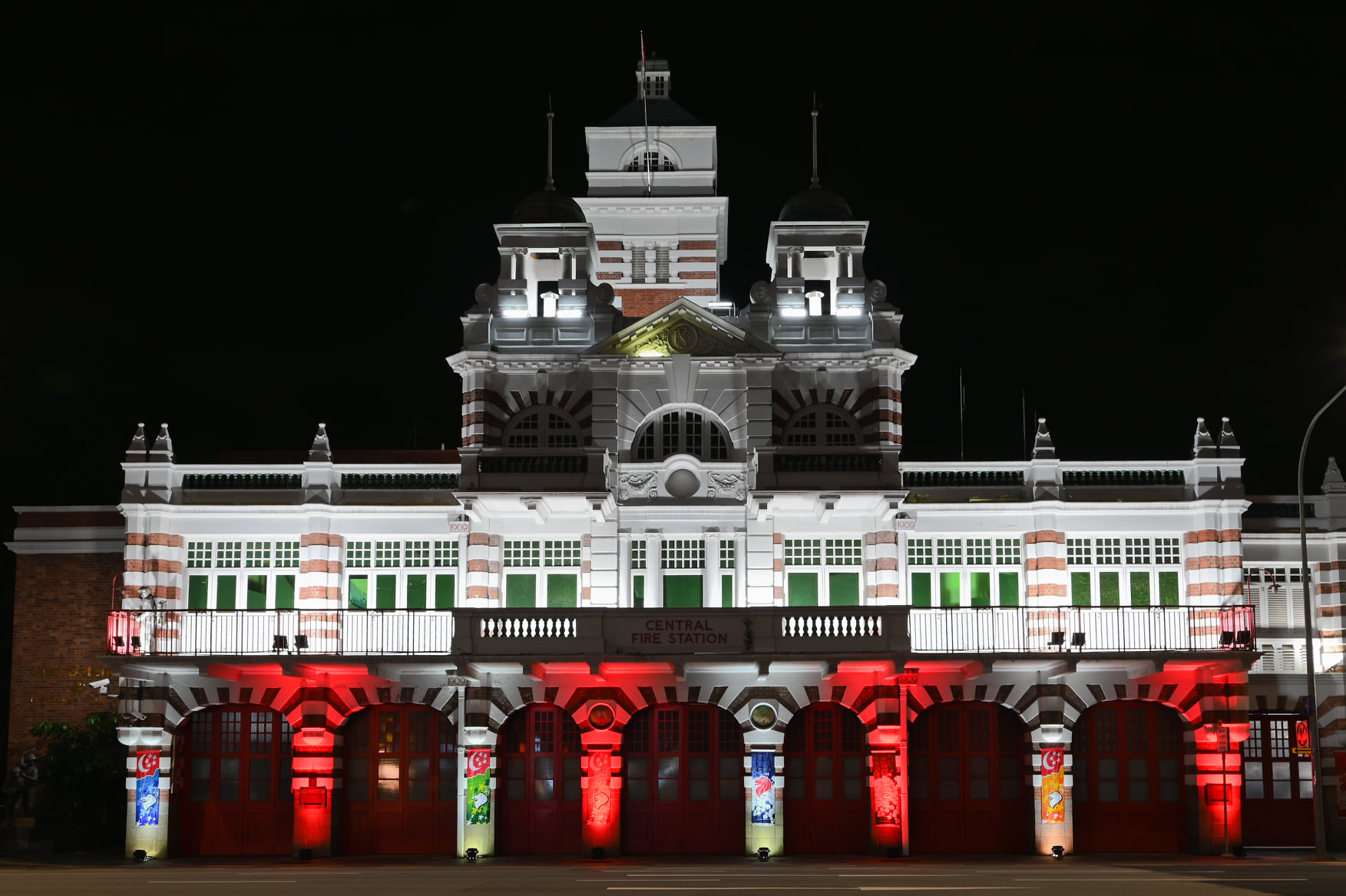 Well, the red and white is set to get more prominent now as these same colours project onto the still-operational fire station’s walls.

The National Design Centre is 1 of 3 art spaces that have been chosen for the light up.

It might be an odd choice, though, as it’s the only one that has post-war modernist architecture. 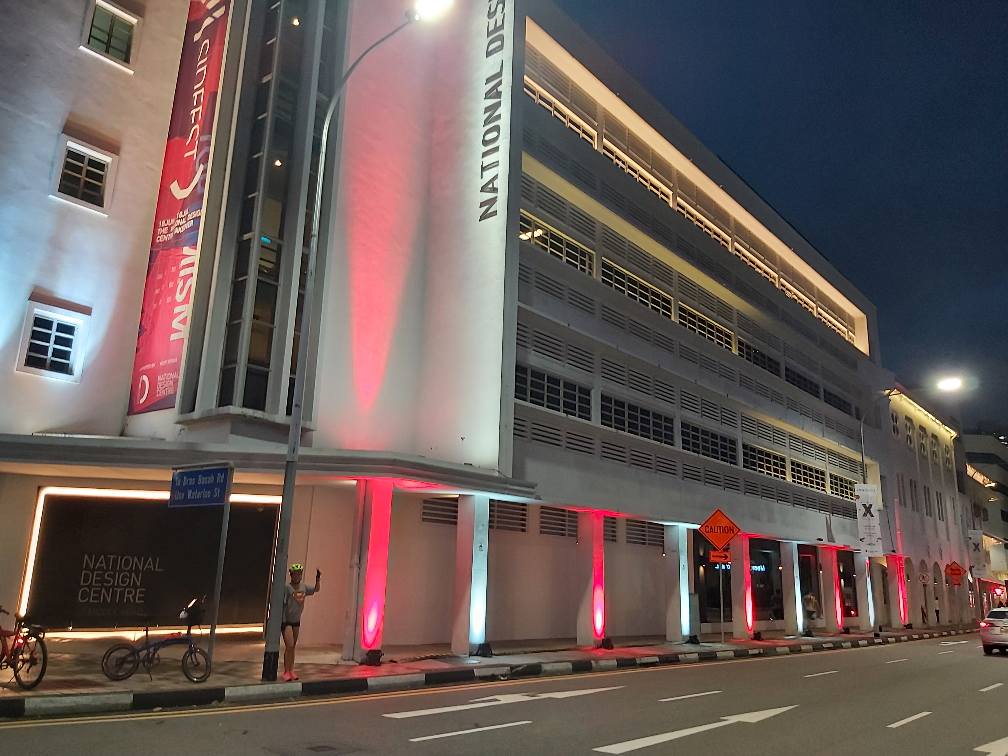 Probably 1 of the least-known buildings in the list, Stamford Arts Centre is located at the end of Waterloo Street, opposite the more famous Kwan Im Thong Hood Cho Temple.

Most passers-by might miss it, but the recently renovated building’s most distinctive feature is probably its red windows. 6. Objectifs – Centre for Photography and Film

Another lesser-known building on the list is Objectifs – Centre for Photography and Film. 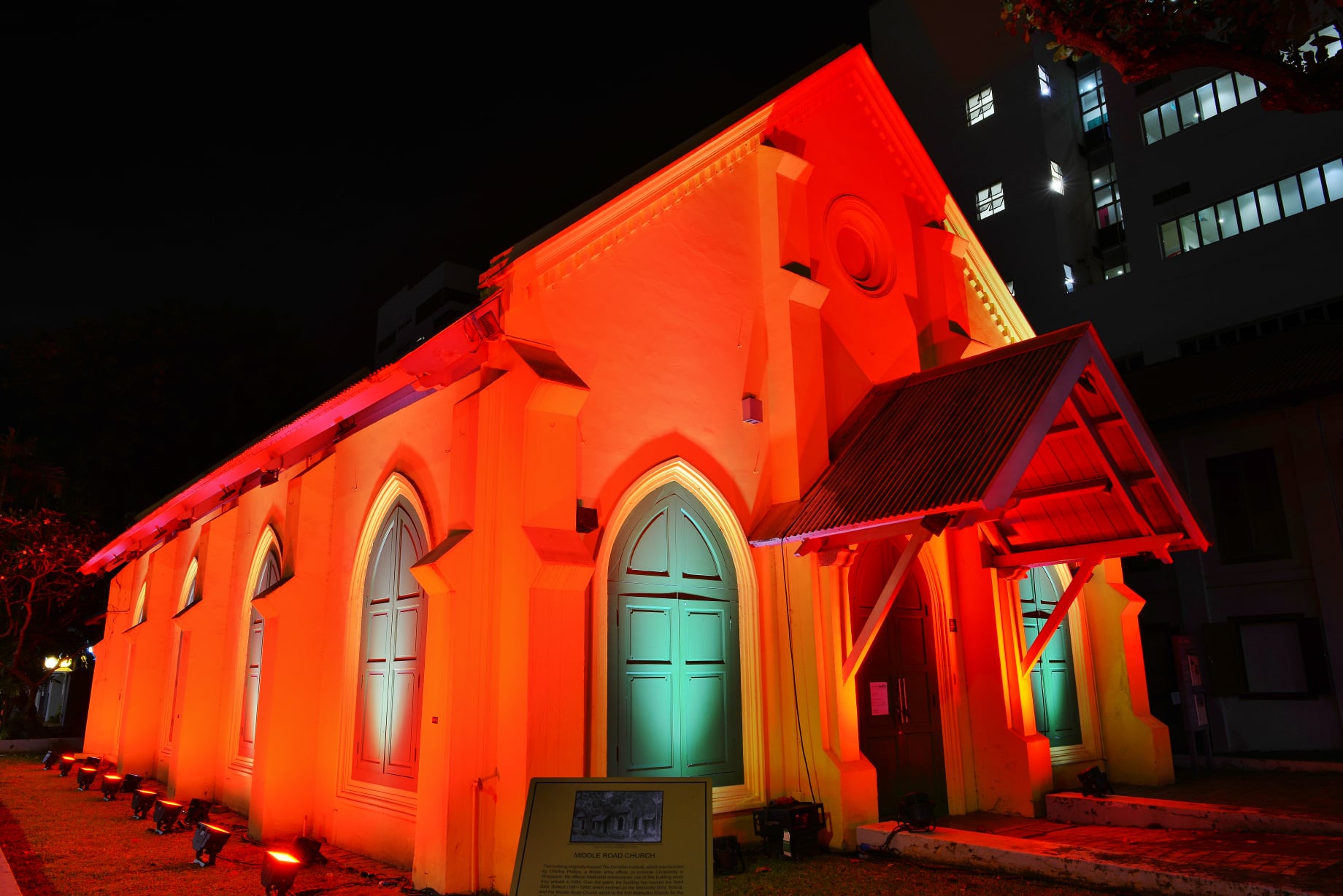 Ironically, a centre for photography will now be the subject of several photos as shutterbugs try to capture how its striking yellow walls look like with dramatic red light beamed onto it.

Cinephiles will be no stranger to The Cathay, which was Singapore’s 1st air-conditioned cinema. 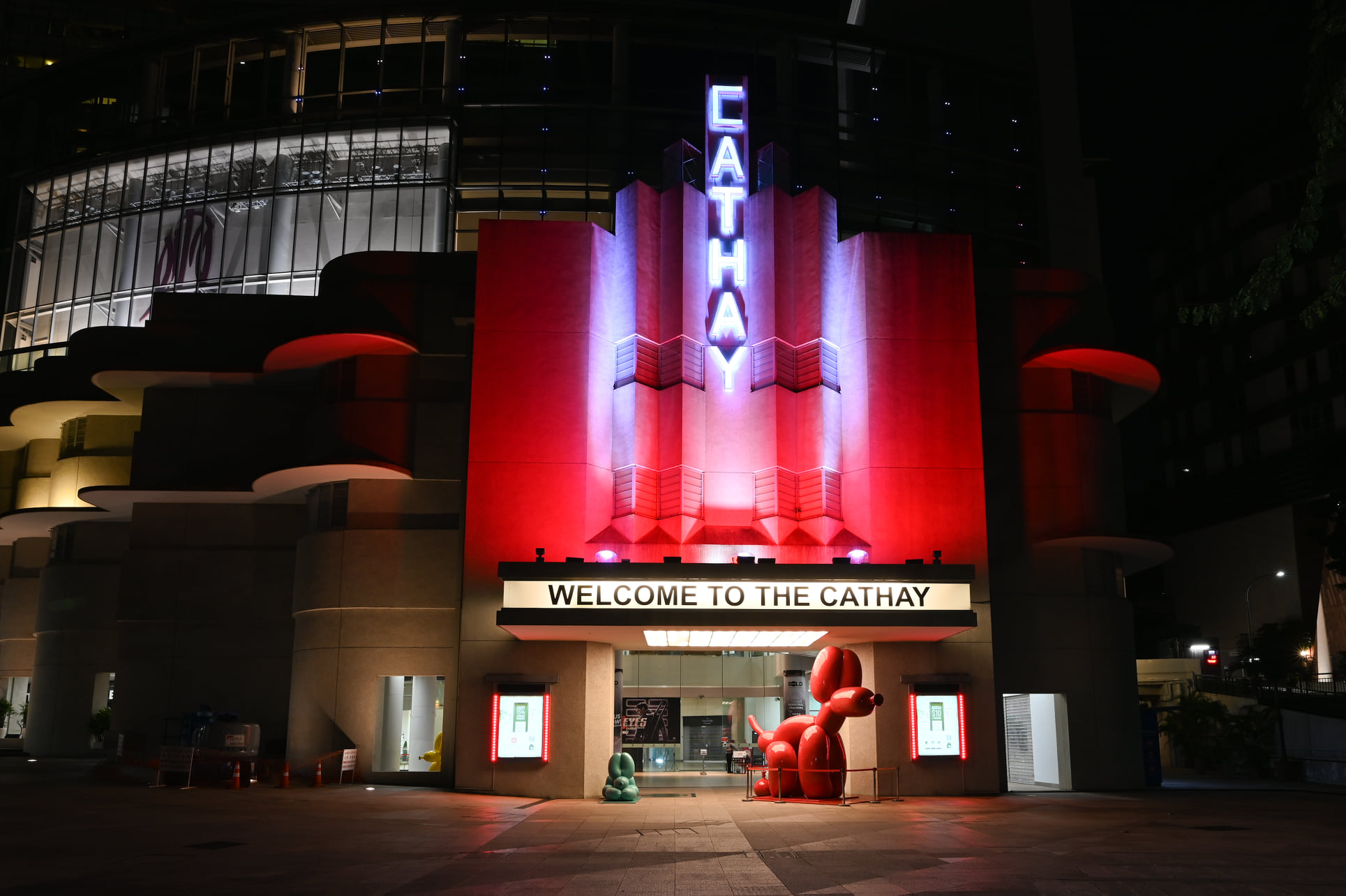 What’s interesting about its selection is it’s more of a commercial building.

However, nobody will doubt that it’s an important part of Singapore’s history due to its art deco stylings and the fact that – believe it or not – it was our tallest “skyscraper” when it opened in 1939.

This year’s National Day is set to be like no other, with most of the festivities shifted to 21 Aug.

However, that doesn’t mean that you’ll have to spend the holiday stuck at home with no parade to watch.

Singapore loves lighting up its buildings for various reasons, and this time we’ve decided to feature some lesser-known but no less historical buildings.

So if you’re up for it, perhaps you can mark the occasion by exploring them.

As always, do remember to wear your mask and maintain a safe distance from others when visiting these places.