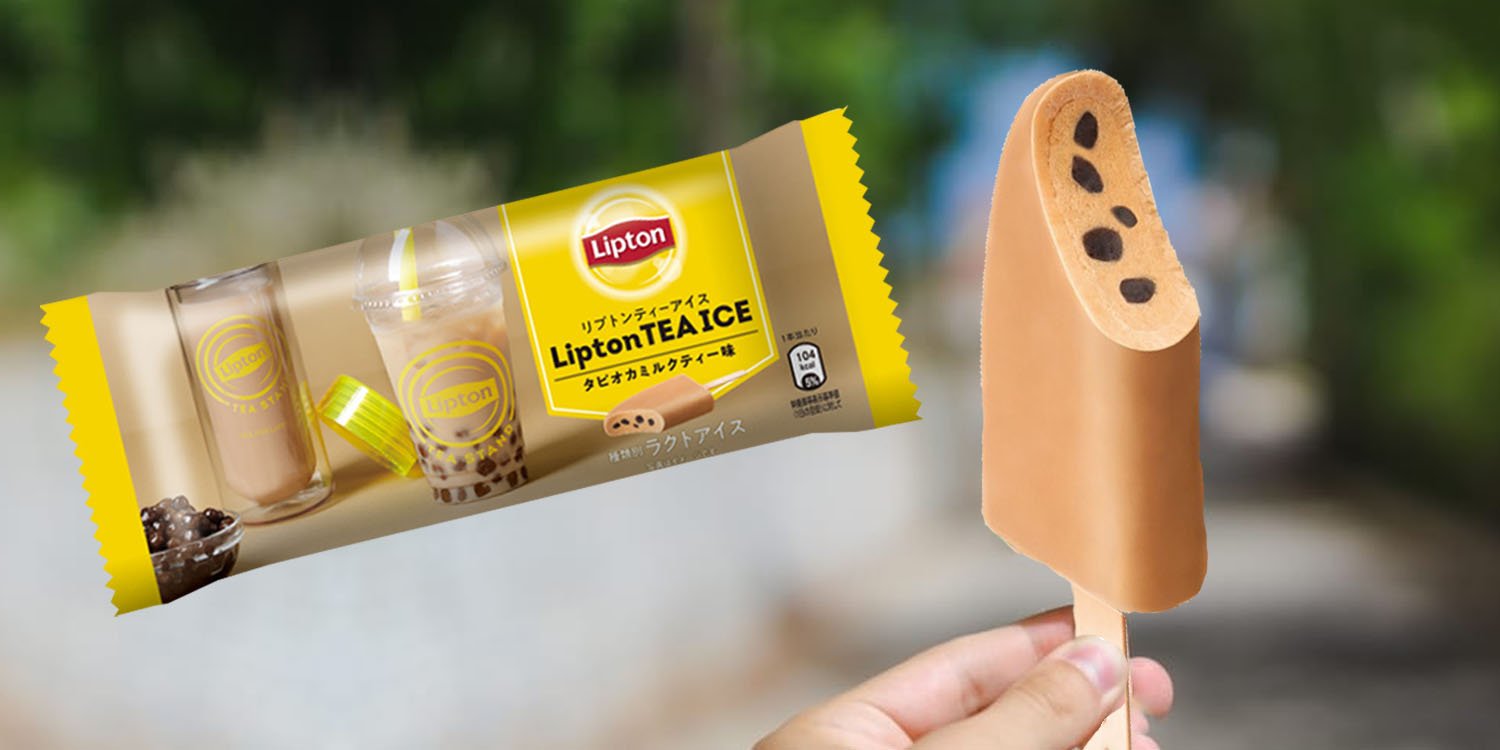 Even cheaper than your average cup of BBT.

The bubble tea (BBT) craze knows no end, seeing as to how people have come up with the craziest concoctions like BBT crab and hotpot.

While BBT ice cream bars aren’t exactly a new concept, it may be difficult for brands to nail the chewy texture of the pearls especially when it’s contained in a frozen treat.

Lipton Japan is confident that the pearls in their latest ice cream will “retain their chewy texture even while frozen”, according to SoraNews24.

The Lipton Tea Ice is a BBT-flavored ice cream bar with 2 layers — a candy-like outer later and a cream-based inner layer.

The stars of the show – tapioca pearls – are enveloped in the rich inner layer.

This new sweet treat is a collaboration between Lipton Japan and Akagi Dairy, which is the company behind Gari Gari kun — one of Japan’s most popular ice creams, reports SoraNews24.

With the winning combination of rich milk and flavourful tea, this ice cream will definitely win the hearts of all BBT lovers.

If you’re heading to Japan for the end-year holidays, why not give it a try? We certainly hope it tastes as good as it sounds.